The sensation of walking into a room filled with family embracing each other and surrounded by unconditional love is very difficult to fabricate. The rare gift of sharing such an authentic emotion through music is equally uncommon — but it’s something Immigrant’s Child has perfected. The Denver band combines the richness of their Mexican identity with superior musicianship to create magic in their garage. The tight-knit band is an honest, soulful post-rock treasure. 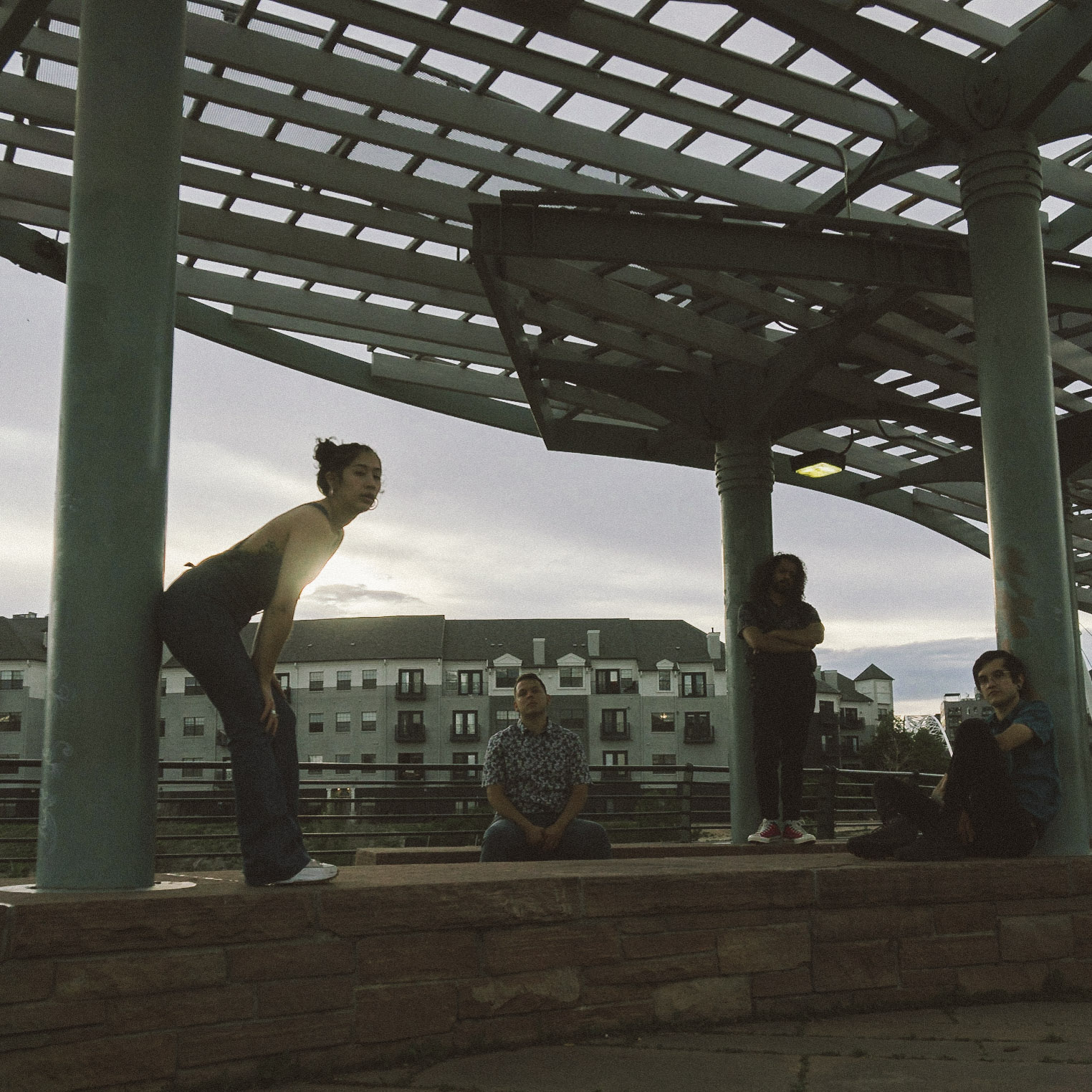 In 2011, siblings Keeana Martinez(vocals) and Josiah Martinez (bass) met Mario Martinez-Varelas (guitar) and eventually Brenden DeLeon (drums). From then on, their jammy garage rock sound bloomed into an unmissable spark.

Part of their collective identity lives within their name, with each member of the group coming from immigrant families. They ditched the name Stray Emperor — which they held for only a month — for something more fitting.

“My dad kind of threw [Immigrant’s Child] out as a joke at first but then we actually stuck with it,” Keeana revealed, “It’s something that we talk about in our music but it’s also just part of our identity.”

Mario was born in Juárez Mexico, while Josiah and Keeana are second-generation Americans with parents and cousins from Mexico as well. It is clear that identity and heritage are important players in the members’ lives. Their music is like a conversation illuminating the significance of their Latin identity and familial relationships, embracing you like a vibrantly-colored fleece: equal parts unmistakable and comforting.

Most recently, Silk + Gold, a heart-stopping EP, was released at the end of October. The deep connection shared between each member of the band is displayed purely through the EP’s heartfelt lyrics and soft thrashing instrumentation. The three tracks —“Kiss Me & Cry,” “Bloom” and “What Comes Next” — provide a look into the intimate and often unspoken emotions of the band members.

The band debuted “What Comes Next” on the very first episode of Salt Lick Records’ Songs From the Pond, way back in December of 2020. During a period where just about everyone needed a shoulder to lean on, “What Comes Next” served as that shoulder in the form of storytelling. When writing the lyrics, Keeana was dealing with mental health obstacles and mumbled her way through connecting these uncertainties.

READ: Salt Lick Denver Is A Taste of An Underground Music Utopia

“With some songs or lyrics, subconsciously you’re just saying words or you’re singing with things, and you might not really realize that like what you’re saying or what it’s supposed to be about.” These uncertainties are accompanied by the addition of the audio of personal home videos around the 2:30 mark. In that audio, Josiah and Keeana’s mom repeatedly asks Keeana to sing a Spanish worship song as Keeana sings “I am scared of what comes next.”

With similar passion, the group explored sexuality in a way they hadn’t before on “Bloom.” The uptempo track was in the works for years before it all came together. The lyrics, written by Keeana, were revealed to the others in the studio. Only then did the sensual excitement of the song bubble to the surface. Broaching this unfamiliar subject proved a challenge for the band, but the pieces of the track that brings a restless crowd to their feet fell into place. 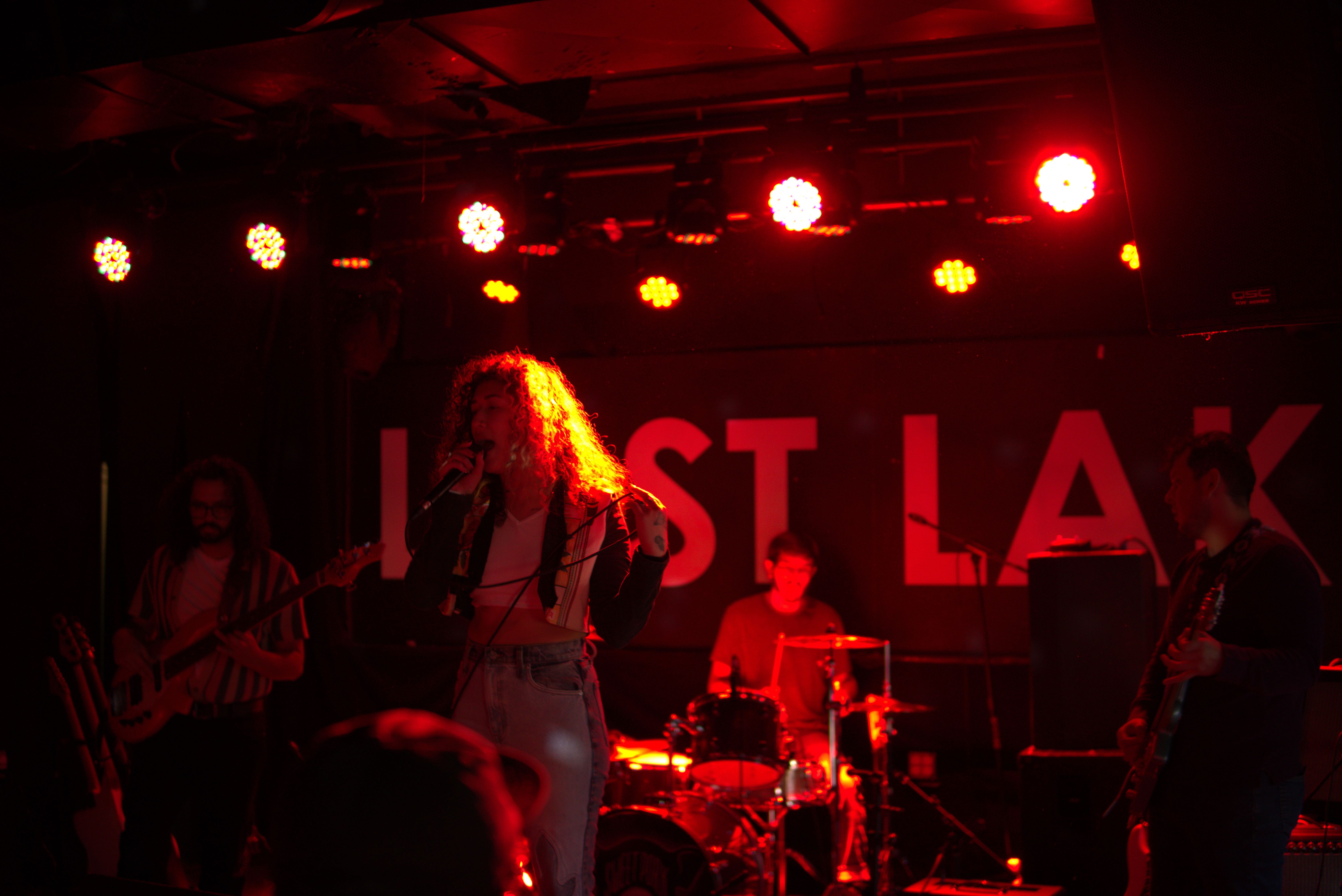 “Kiss Me & Cry” approaches love and loss from the same vantage point. Through the creation process, the love song developed into being more about death, due to the circumstances of life.

“”[Kiss Me and Cry]” dealt with death,” Mario said. “A death close to my family inspired that and we released on the 29th which was right around Día De Los Muertos. So, it had a significance for me to think of being in a celebration of life. Think of being surrounded by alters, surrounded by family.”

Family is the lifeblood of Immigrant’s Child. While also remaining playful as a family, the members dig deep into their own psyche providing the sincere acceptance we all crave. As the band evolves with changing members and periods of growth, it would be wise to keep a keen eye on their sound which carries the weight of the future.