The Latin American community in Colorado is always looking for ways to keep its culture, and authentic flavors, alive. Making up for only 21.8% of the state’s population, according to the U.S Census Bureau, it can be difficult to find authentic flavors and recipes that remind one of home.

Juan Ignacio Stewart knew this when he started Frescos, a Boulder company that offers traditional and carbonated recipes of Aguas Frescas. Inspired by the recipes and flavors he grew up with in Guatemala, Stewart set out to bring a piece of his culture to Colorado.

“I knew I had to get in my car with a bunch of cans and go drive to stores and offer this stuff,” said Stewart. “It was super vulnerable to have to literally go hit up everybody.” 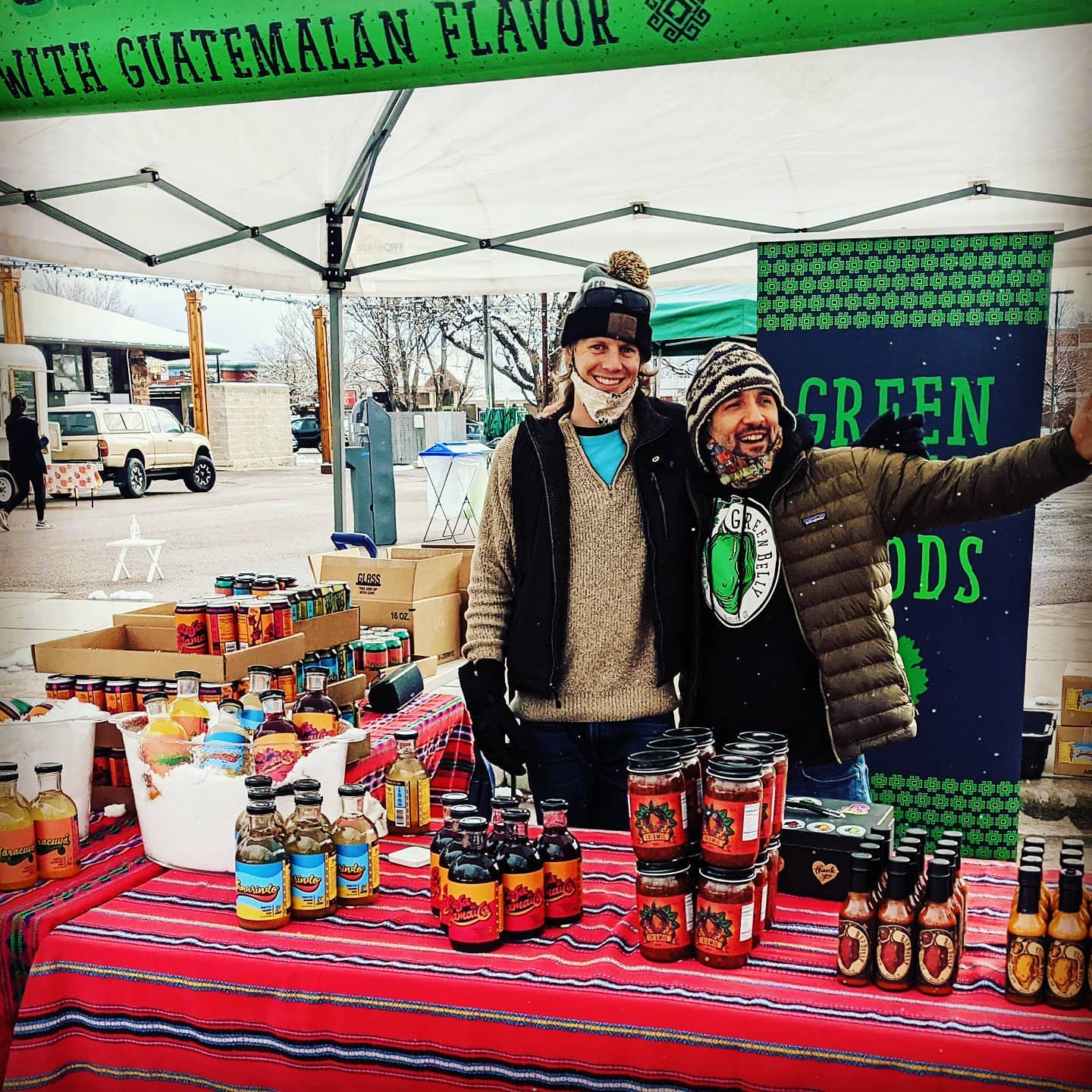 Stewart and his cousin, Charlie, at Boulder Farmers Market.

Some of the best moments and ideas happen when sharing food or drinks around the table. Stewart credits his big business idea to his son. Back in 2019, he made a pitcher of rosa de jamaica, a refreshing hibiscus tea, for him and his teenage son. “One day he pounded a huge glass and he said, ‘You should bottle up this stuff.’ The light bulb went on,” Stewart said.

However, this wasn’t Stewart’s first business venture in Latin American products. He broke into the market in 2015 with Green Belly Foods, a line of mouthwatering hot sauces inspired by his mother’s Guatemalan recipes. He learned everything on the job, from picking out the freshest ingredients to packaging and selling a product. Stewart hit the farmer’s markets in Boulder and Denver and quickly found an audience who loved his product.

Through this journey, he developed the knowledge and skills to finally start his second business. “Compared to hot sauce, making rosa jamaica was a walk in the park. I immediately went to test it,” he said.

And test it he did. With only one flavor of Aguas Frescas and his cousin Charlie Stewart as his business partner, he took his new product to the farmer’s markets. When that proved to be a hit, he worked on his second recipe – tamarind.

The Flavors of a Culture 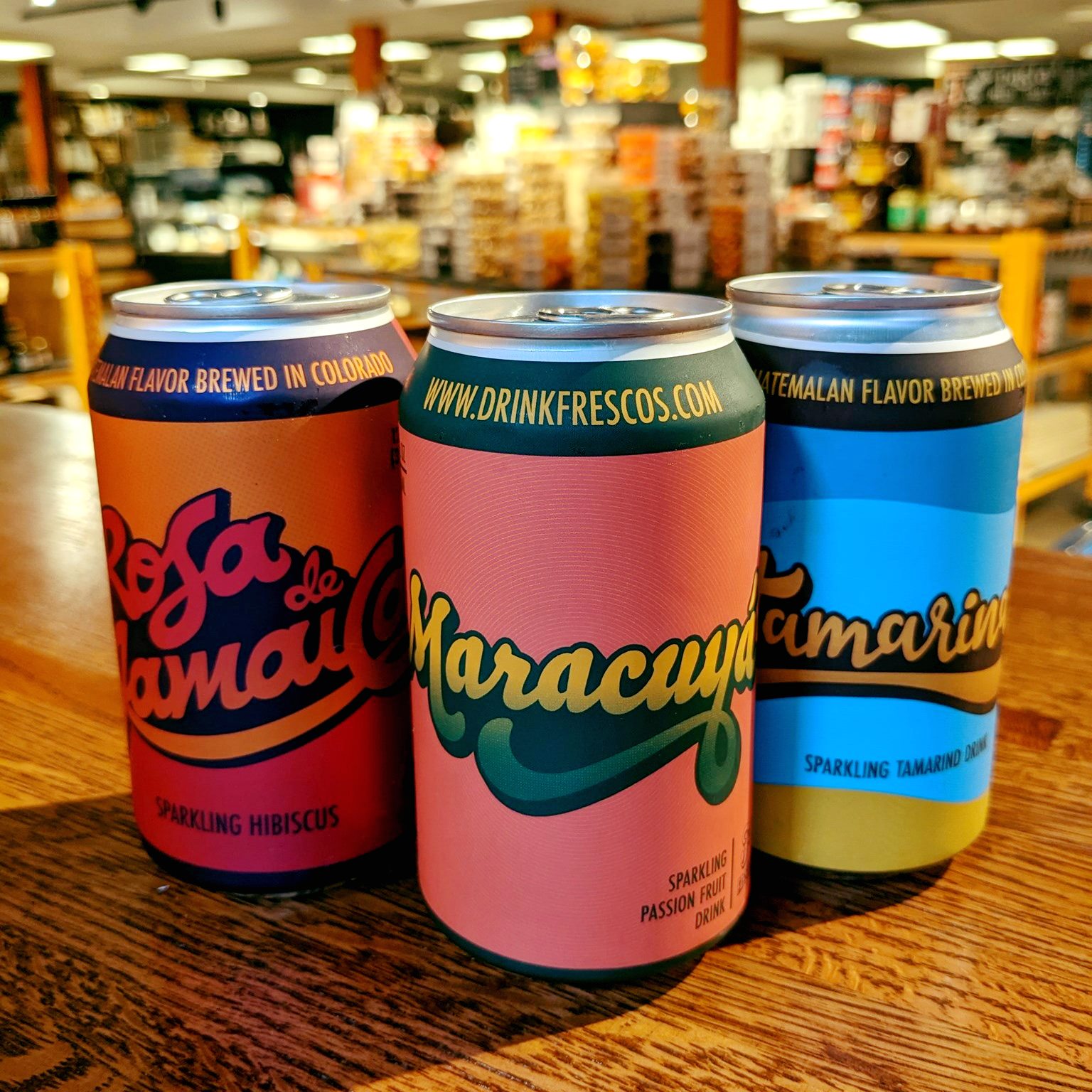 Stewart recalled one of the times he took his tamarind flavored product to South Pearl Farmer’s Market. Even though farmer’s markets tend to be predominantly white sellers and buyers, any time Stewart would yell out ‘Tamarindo!’ the Latino buyers would immediately come to his booth.

“All of la Raza loves to see our product represented. They love to see that our cans are bilingual. This is our culture for sure,” he said.

Additionally, Frescos’ beverages also do well with non-Latino clients who are looking for exotic flavors and overall quality products. “They want authenticity,” said Stewart, “which is what we bring. I think that is why we have been successful in both markets”.

Currently, Frescos offers six types of Aguas Frescas. The original recipe of Rosa Jamaica is sweet and slightly tart and reminiscent of Latino fairs and markets. There is Tamarindo, bringing out the flavors from Northeast Africa that influence many Latin American region’s cuisines. Additionally, there is passionfruit, pineapple, guava and mango.

Each beverage explores the tastes of the continent, from the Caribbean to South America. And it takes Fresco’s customers back to their beloved countries.

Stewart recalled the time he began selling Frescos to one of Boulder’s best taquerias, Tierra y Fuego. The co-owner took a sip of rosa de jamaica and tamarind and said, “It’s exactly how my grandmother used to make it.”

“That kind of pride, no one can give to you, not Whole Foods, not anybody,” said Stewart. “It’s a great honor for me.”

The Future of Frescos 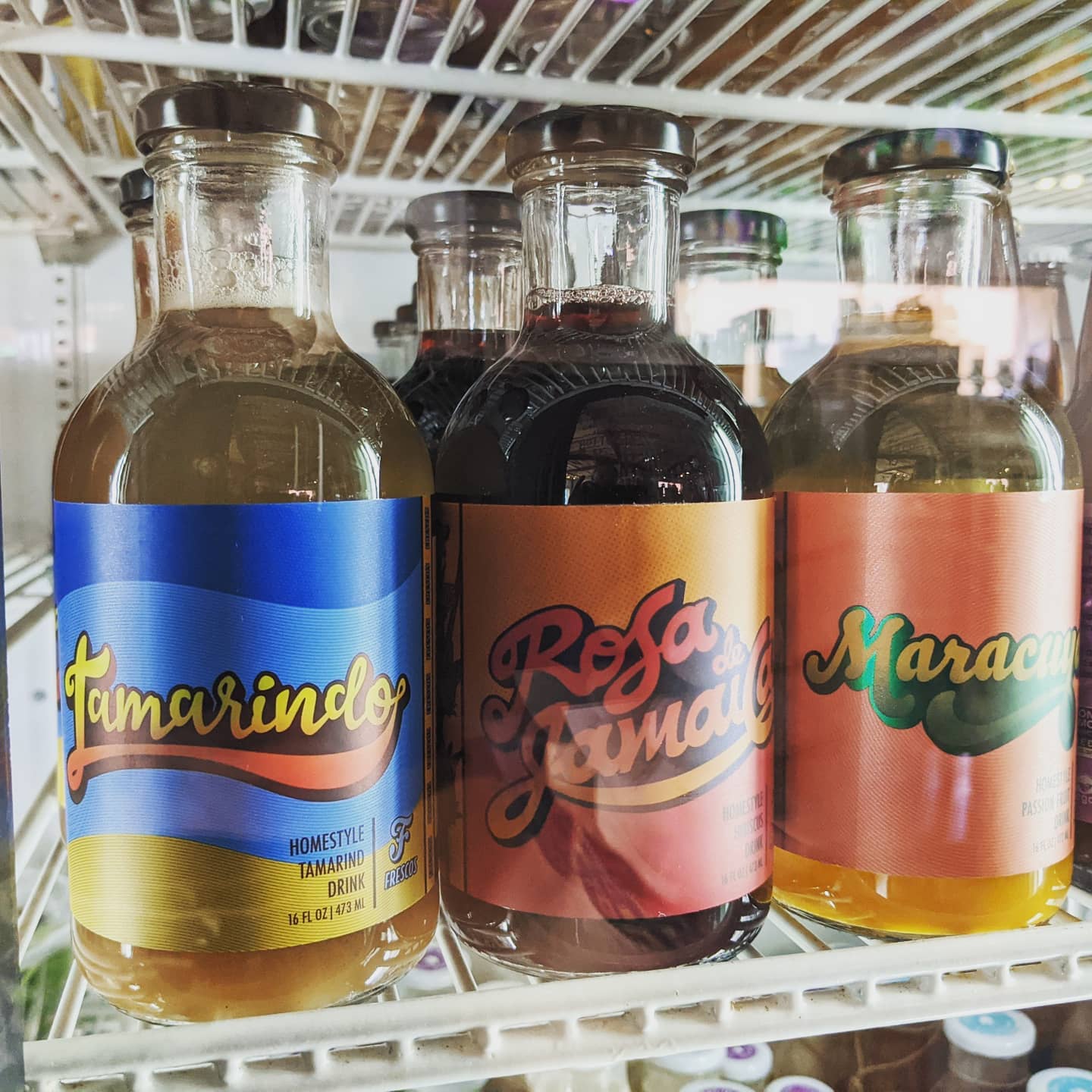 When asked what’s next, Stewart said he wants to make a 24 color rainbow with his Aguas Frescas. Next year he hopes to add flavors like watermelon and grapefruit.

It seems like Stewart can do more than hope since Frescos was recently awarded first place by judges at Naturally Boulder’s 17th Annual Pitch Slam & Autumn Awards. Additionally, he is working on getting the products in more grocery stores and bigger distributors.

Even though Frescos has had plenty of success in 2021, Stewart still considers this year to be year zero. However, he is confident there will always be a market for authentic Latino products. “No matter how remote of a [little town], there is always a Latino restaurant. This is a place that absorbs culture.”