Friday night, indie and avant-pop artist Caroline Polachek left fans feeling magical after her Bluebird Theater performance. She delivered an ethereal performance filled with beautiful vocal embellishments, potent synths and sharp drums. Polachek showcased a diverse musical palette for all to enjoy. From the sad girls to the hipsters, the crowd packed in like sardines as they watched Polachek command the stage. However, no view obstructed Polachek unbreaking her heart on stage for fans to witness. 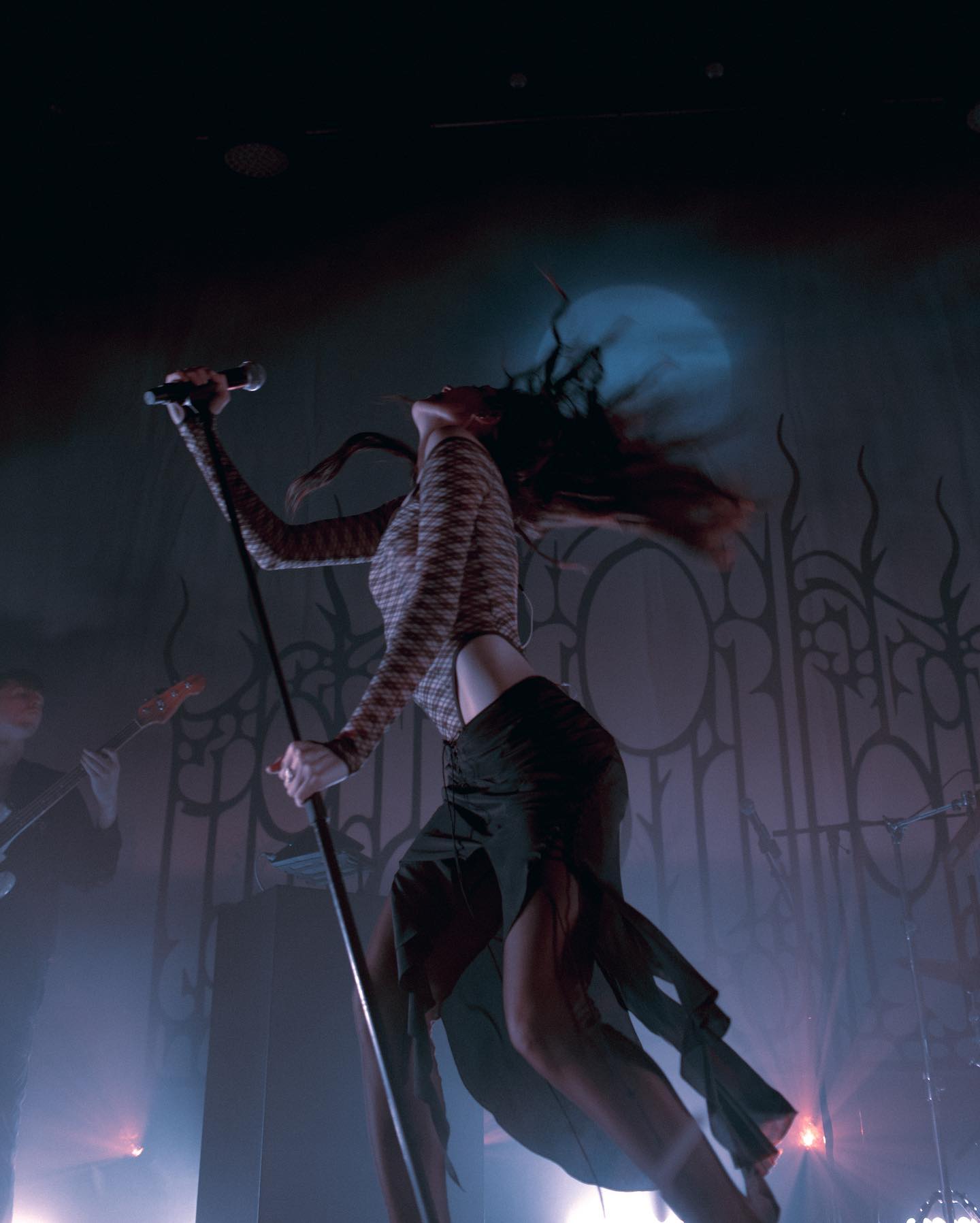 Before Caroline Polachek graced the stage, French musician Oklou set the ethereal tone. She floated on stage, setting up behind a keyboard. She opened with “galore,” a delicate synth-pop track that left the crowd feeling at ease. During the middle of her set, she called to the crowd to reminisce about a live stream where a Denver fan claimed they would bring a bucket of frogs if she performed in Denver. Sure enough, a fan shouted with glee and held up a stuffed frog for Oklou. After the exchange she expressed happily, “We need to talk.”

The set continued, showcasing excellent musicianship playing keyboard, guitar and bass. Her set channeled a lot of what was to come for Caroline Polachek’s set and the songs warmed the crowd from the frigid cold. Synths full of reverb, slow drums and auto-tuned vocals echoed while the crowd swayed from side to side.

During the set change, excited chatter filled the room. Lights switched off and began the opening space synths to “Pang,” signaling the entrance to a new dimension. Following the opening tracks, fans roared to the slick bass-line of “Bunny Is A Rider.” Pitchfork recently named the song one of the best songs of 2021. Throughout the show, Polachek sprinkled in other new tracks to tease fans, including “Sunset,” “Smoke” and “Billions,” all of which blended effortlessly with the setlist. 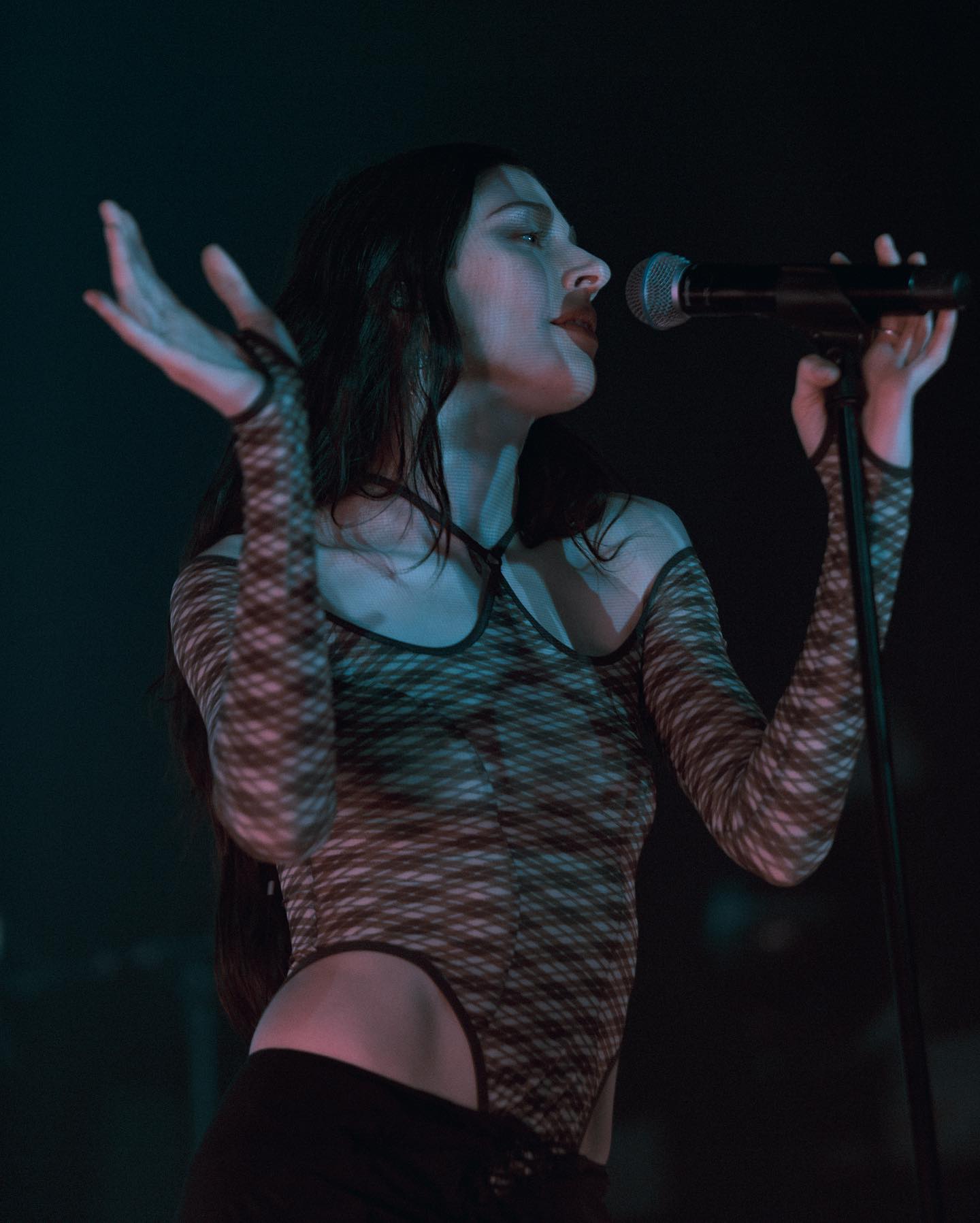 Carrying on with the show, Polachek took time to explain her origins as a musician. “For 15 years, I was in a band called Chairlift,” she said. “We formed in Colorado and played most of our first shows here. I came to so many shows at the Bluebird. This is very special for me and I feel like this is where I got my start. I never could’ve imagined I’d be playing at the Bluebird.”

The reflective moment brought the career of Polachek full circle. Since Chairlift’s disbandment in 2017, the “Heart Is Unbreaking Tour” was Polachek’s first time back in Denver as a headliner.

Midway through the show, Polachek turned single “Ocean of Tears” into a rock-tinged smash from its origins of an experimental, operatic ballad. The crowd headbanged along to Polachek’s adventurous vocals. The bass blared through the speakers and lights flashed to the beat of the hard-hitting drums. Raw emotions unraveled and acted as a change of pace from the ethereal tone of the set. Hair flung back and forth while her vocals wailed, expressing the pain of a distant love. Polachek let it all out. 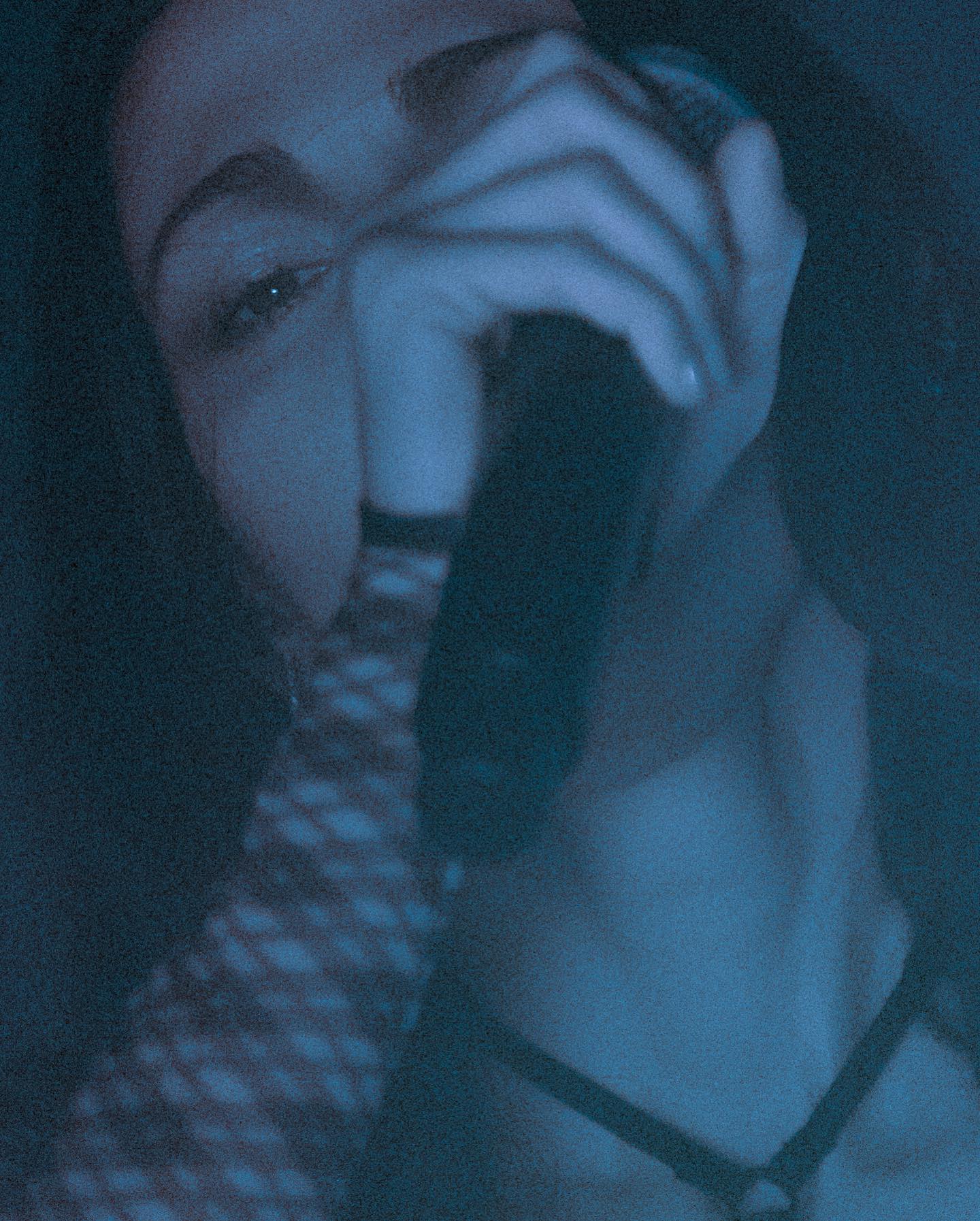 After a glitchy cover of The Corrs’ “Breathless,” Polachek had a tender moment with the crowd for “Go As a Dream.” Thereafter, Polachek explained the origins of the song that she hadn’t previously mentioned publicly. “This song was written when I went to my dearest, oldest friend’s Dad’s funeral and I watched his family deal with a loss. When I lost my own Dad last year, it became about him for me. So this is for anyone out tonight dealing with loss.” The tender message gave space for fans to reflect in unison. In the age of COVID-19, loss is no stranger.

The show ended on a high note, with Oklou and Polachek covering Massive Attack’s “Teardrop” on a revolving platform with synced choreography and fire blazing in the background. The duo is a force — don’t mess with them. Soon after, “Door” closed the show to transport the crowd back to reality. Polachek’s shape-shifting vocals ended the performance, bringing fans back to where they started.