Denver-based band Honey Blazer is cooking up folk-rock anthems that bring the warmth of summer to the coldest months of the year. While still a young band, members Gann Matthews and Brad Grear didn’t waste any time during quarantine to start paving their way in the music scene.

Honey Blazer has had a presence in the Denver music scene for several years, with its conception in 2019. Matthews and Grear were playing in respective bands when they were brought together by a shared goal of leading their own musical group. With the initial goal of making garage-rock music, they began throwing down songs in a casual setting, which bloomed into the band they are today.

The band has had various members move in and out of their ranks over the past several years until finally landing with Ryan Wong on guitar and Mitch Mitchum on drums. “Now these people are a solid live group. I feel like what has become Honey Blazer has been finding its feet for about three years,” Matthews said. Settling into a sturdy lineup, the band came out of the finding-their-footing stage and stepped into the process of writing an album.

With songwriting in full swing, the pandemic hit with a wave of shock in its path of destruction. However, Matthews and Grear weren’t ready to let their dream go so easily. “We recorded a lot of the record during COVID. We wrote it and recorded it during that time while Brad and I were living together,” Matthews explained. Matthews and Grear used their time of forced seclusion to create an entire project that showcases the individuality of the local band. 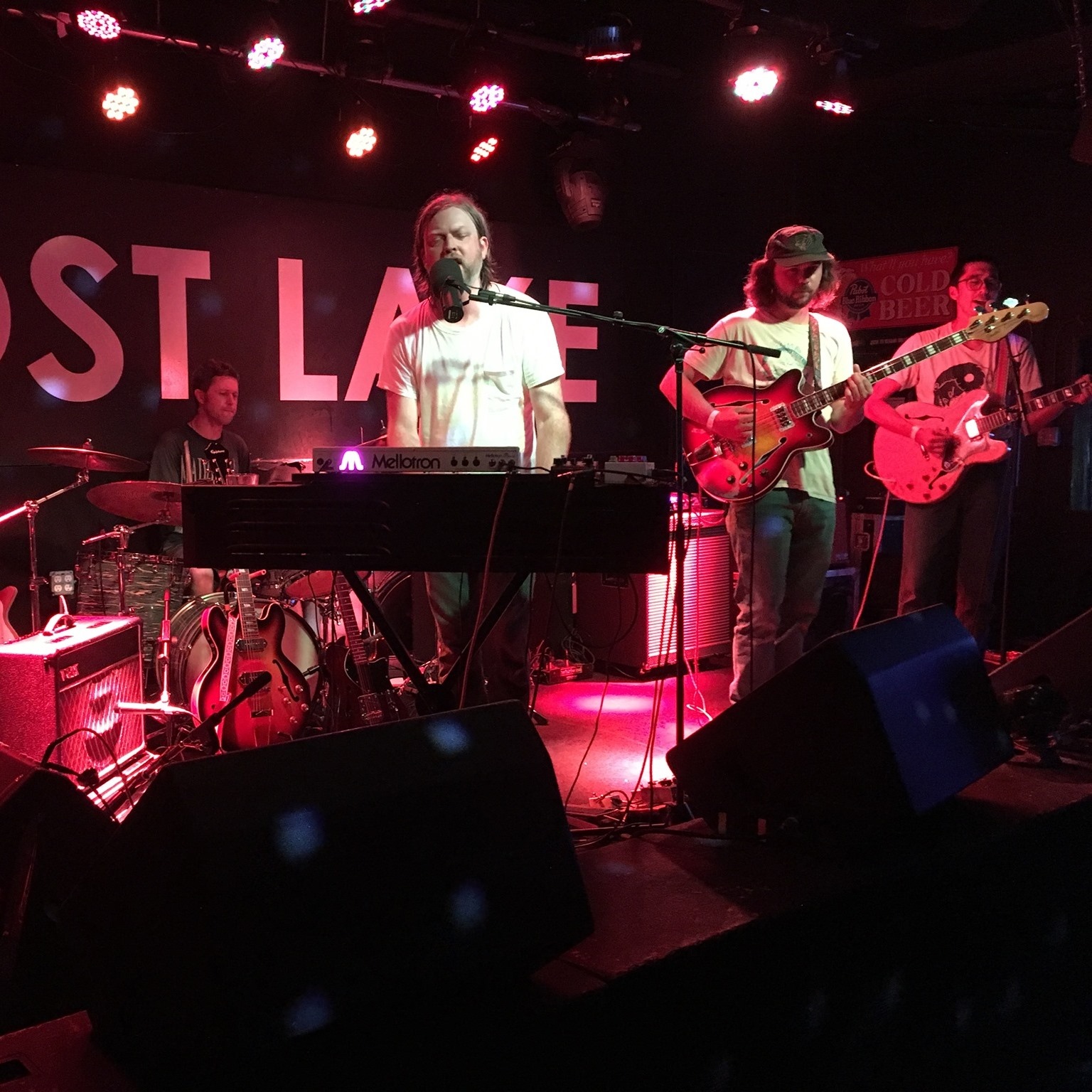 Having countless hours to dedicate to working on an album, Matthews explained that he and Grear were able to find unique methods of songwriting that allowed them to sonically and lyrically express their intentions with Honey Blazer. “I found myself writing a  lot of the melodies in between the guitar parts and in between the chords or the keyboard parts, which worked really well for me because we ended up having lots of parts in the record,” Matthews said.

Grear went on to add that they often drew from the music that they were listening to during quarantine such as The Beatles and Rolling Stones, Cutworms, George Harrison and Carol King to kick off their creative process. He talked about how on one particular song, they drew from a very specific drumbeat from John Lennon’s “Oh Yoko” to craft an entire song.

While writing the album, the band was not only able to formulate their specific sound but also write lyrics that got down to what Honey Blazer is all about. “Certainly there is a theme to all of them, an ease I think is what we were going for,” Matthews explained. 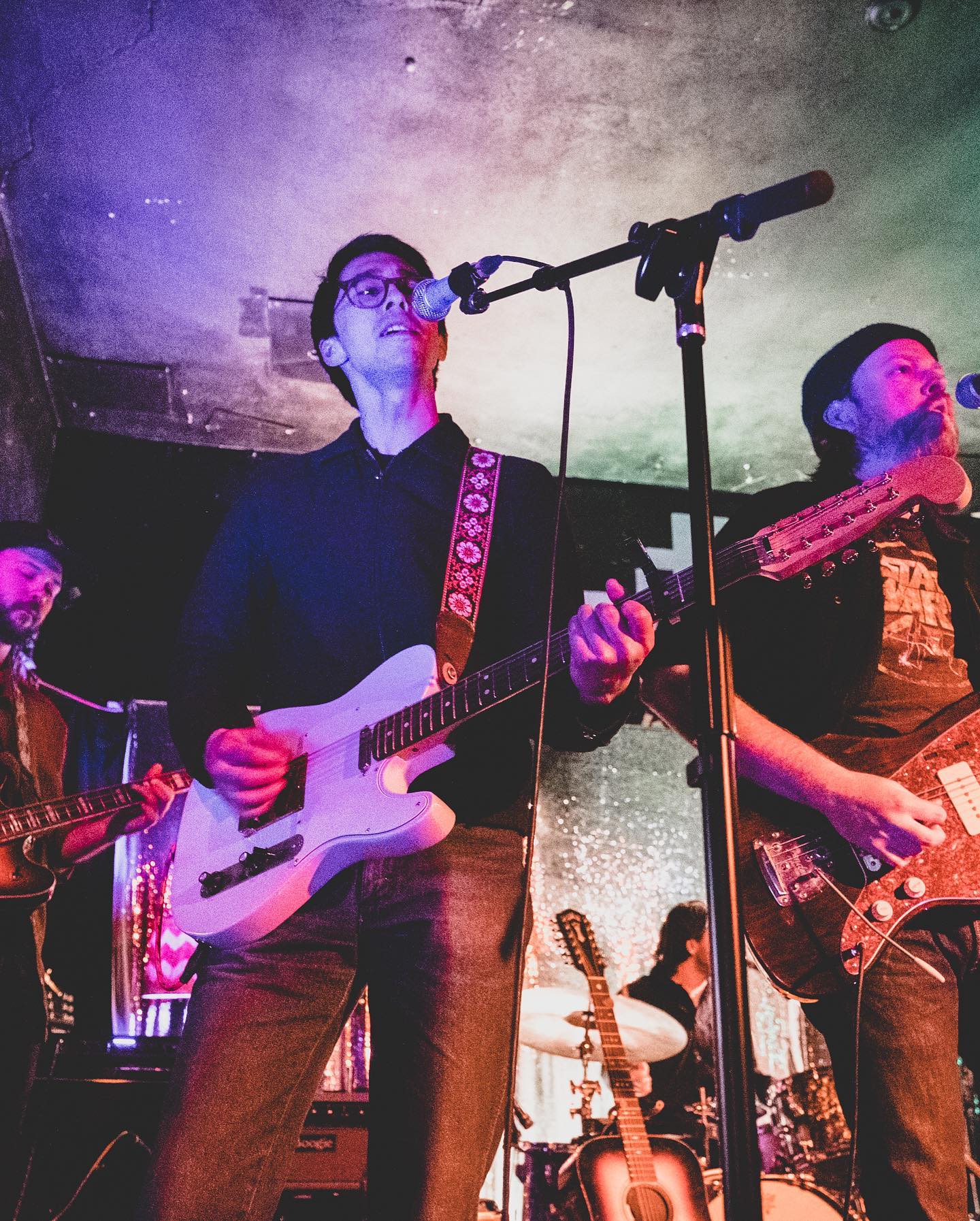 Matthews went on to explain how the pandemic also played a part in the lyricism on their debut album. “Also a lot of what we wrote was informed by living through COVID that year. I think a lot of people took a step back because they had to that year and saw things from a different perspective than if you were working all the time. The rat race, so to speak. I know some of the songs were written from that perspective of this amazing feeling we had from stepping back.”

For the album, Matthews voiced that he hopes people receive the laid-back feeling that the album was derived from. “I hope people get the easy-going living of life from which it was made. I think when I play these songs what I feel is I’m having a nice warm sunny time with my really good friends so I hope that that’s what we give to other people too. Outside of that simple goal, I hope people really listen to some of the things we say. They’re simple but I think they’re positive.”

Honey Blazer’s first album Lookin Up is set to be released in April 2022. In the meantime, listen to their two singles, “Here Comes the Country Doctor” and “Growing Vine,’ as well as two other singles that are set to drop in January and March.