When Bryce Givens committed to playing football at the University of Colorado in Boulder his freshman year, his relationship with drugs quickly led him down an unpredictable path.

“From the moment that I got there, it was just a big-time party scene. I had already developed some pretty poor behavior around substance use in high school,” Givens said.

Givens’ experience with using opioids to self-medicate the pain he was experiencing as a college athlete isn’t unique. But his ability to get help, find resources and recover from addiction and substance abuse is. Today, he’s near his fourth year of sobriety.

Still, before his milestone and launch of Elevate Recovery Homes earlier this year, his own road to recovery hints at the unhealthy, yet accessible, coping mechanisms available for those feeling disconnected and a lack of community support. In that environment, where athletes are forced to be great, the physical pain, along with the cultural, mental and emotional pressure of being a college student, leads to unforeseen consequences.

“Once I got to college and I was on my own, I didn’t really have the structure or the accountability or the community support from living with my parents, and that’s when it went from zero to 100.”

Givens had always excelled in sports. He played football at Mullen High School before graduating in 2008. But when he got to CU Boulder, the intensity and pressure of college football, along with the prevalent party culture, started to cloud his physical and mental state. During his redshirt year in 2008, Givens suffered a concussion and began self-medicating with oxycodone, an opioid and intense pain killer. A few months into that, his substance abuse began to spiral. Eventually, he worked up the courage to come forward to his coach and team about his addiction. 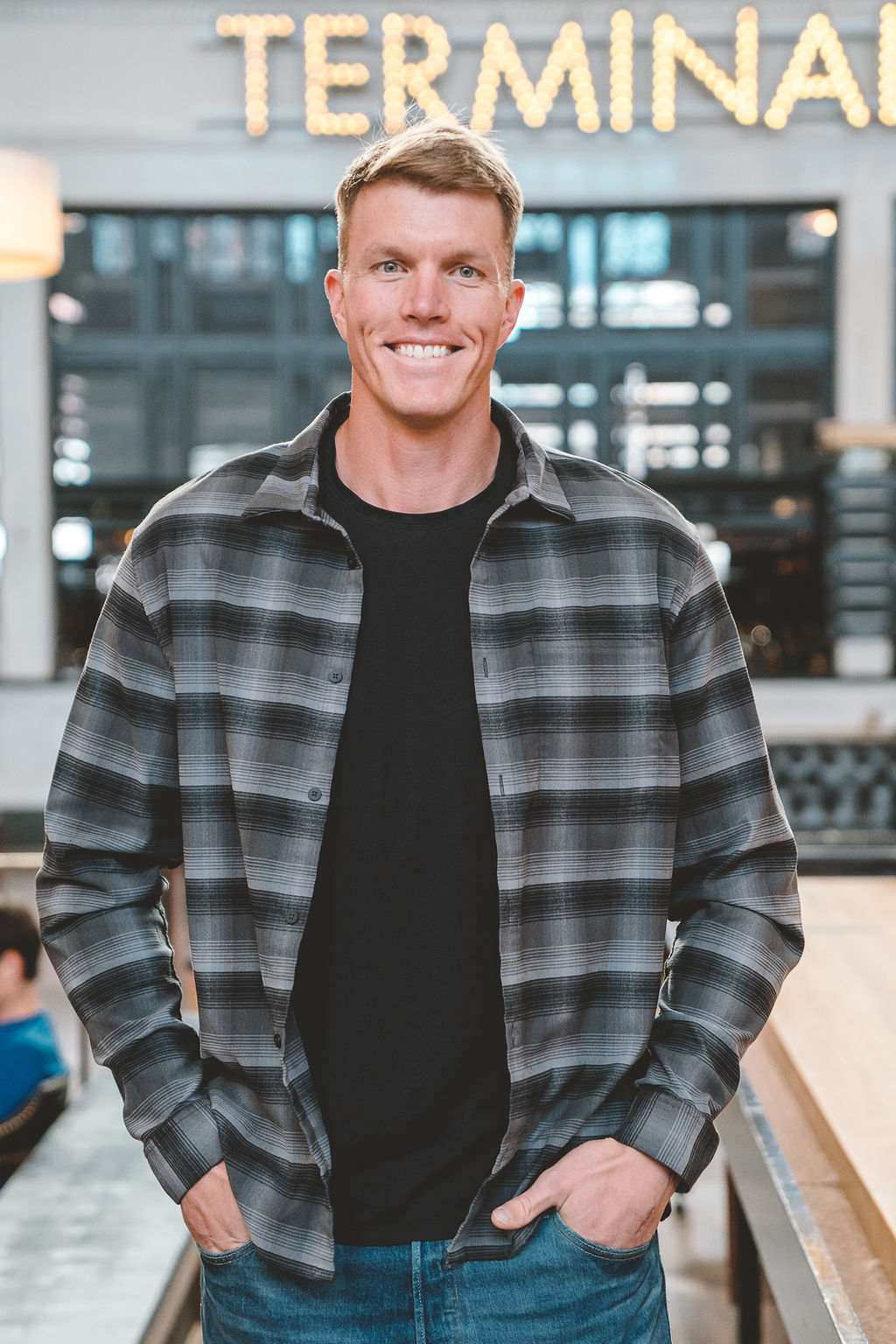 “To cut a very long story short, it all started with developing bad behaviors and habits around not wanting to feel like shit from beating up my body,” Givens explained.

He was sent to a rehab facility in Colorado Springs for 30 days in 2008. That same year, he got clean, but then football season started again. While the pain he was putting on his body from playing football returned, so did his substance abuse.

The use of opioid painkillers, like Percocet and oxycodone, is a major public health concern in Colorado. Use among student-athletes, even at the high school level, is prevalent. According to AspenRidge Recovery, the largest percentage of heroin users in Colorado that are admitting themselves into treatment centers are aged 18 through 24.

“Once I left that and went to college, I felt a serious disconnection,” Givens said.

As Givens slipped back into substance abuse, he got kicked off the college football team and that segued into a more complicated relationship with drugs. Between going in and out of homelessness to selling drugs himself, he eventually got caught and was sentenced by the department of corrections to a PeerOne rehab facility in February of 2017, an addiction recovery and treatment program run by the University of Colorado. Things changed for Givens then. 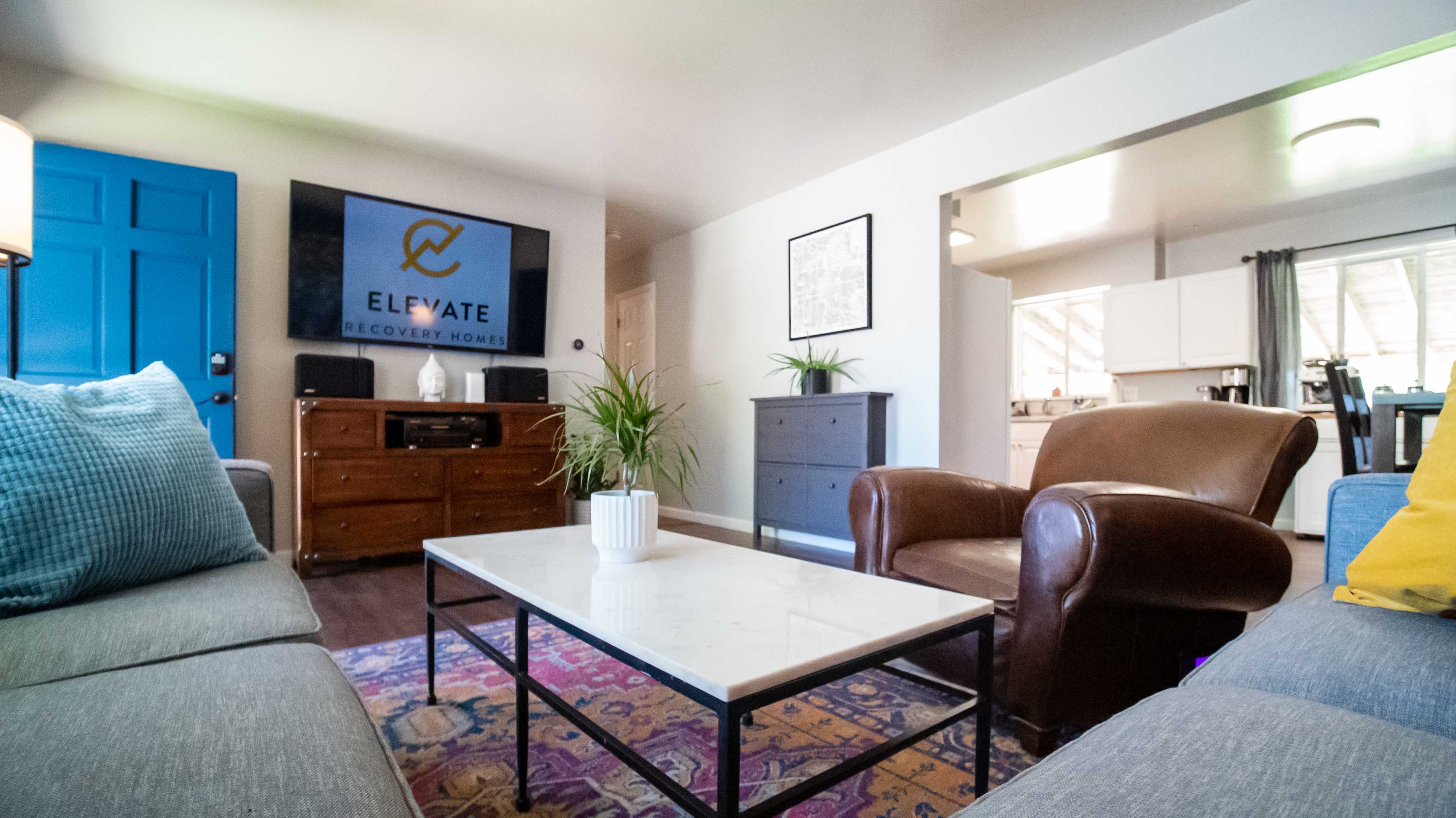 “They made us walk around with signs around our necks and stand and look at a wall and analyze our behavior,” he explained. “What I came to realize was that this place could really change my life if I bought into it.”

The immersive treatment program allowed him to change his behavior for good. But 10 months into the program, he discovered Kratom, an over-the-counter herb that produces similar effects to opioids. He started drinking that, but in a community like PeerOne, signs of slipping back into addiction become obvious. “People go crazy staring at a wall, so they eventually rat other people out,” he explained. After Givens broke the rules of rehab, he was converted back to the department of corrections and sentenced to prison in March 2018.

As cops led him to the corrections facility, that’s when Givens decided to turn his life around. In the back of that paddy wagon, he knew he had a once-in-a-lifetime opportunity to make things right again, to be a better man. That was the day he got sober for good.

He was imprisoned at the Arrowhead Correctional Facility in Canon City, a minimum restrictive prison for non-violent offenders that offer classes, programs and exercises for people like him, who’d lost their way and needed some time to get back on their feet before entering back into society.

During that time, he spent his days reading, taking yoga classes and connecting with his jail-mates. By the time he got out, he’d read over 20 books, more than ever in his lifetime. He’d been interested in the teachings of Mahayana and Tibetan Buddhism and took the opportunity in prison to expand on those teachings while practicing meditation and mindfulness. He made good friends, avoided gang politics, and slowly began realizing what a life of sobriety and living intentionally could do for him and people with similar struggles.

“Everyone makes mistakes. A lot of the friends I made in prison were victims of circumstance — they were good people who made poor decisions. But they wanted to better themselves,” he explained. “Coming from the background I did, and the upbringing and privilege I had, I wanted to help this population. There are so many people that get overlooked just because they don’t have the support or finances or resources.”

Clean from drugs and a free man by 2019, Givens was released from prison. He met his girlfriend, Kayla, and the two were getting serious. They pondered buying a house together, and he’d talked about potentially turning it into a recovery home. 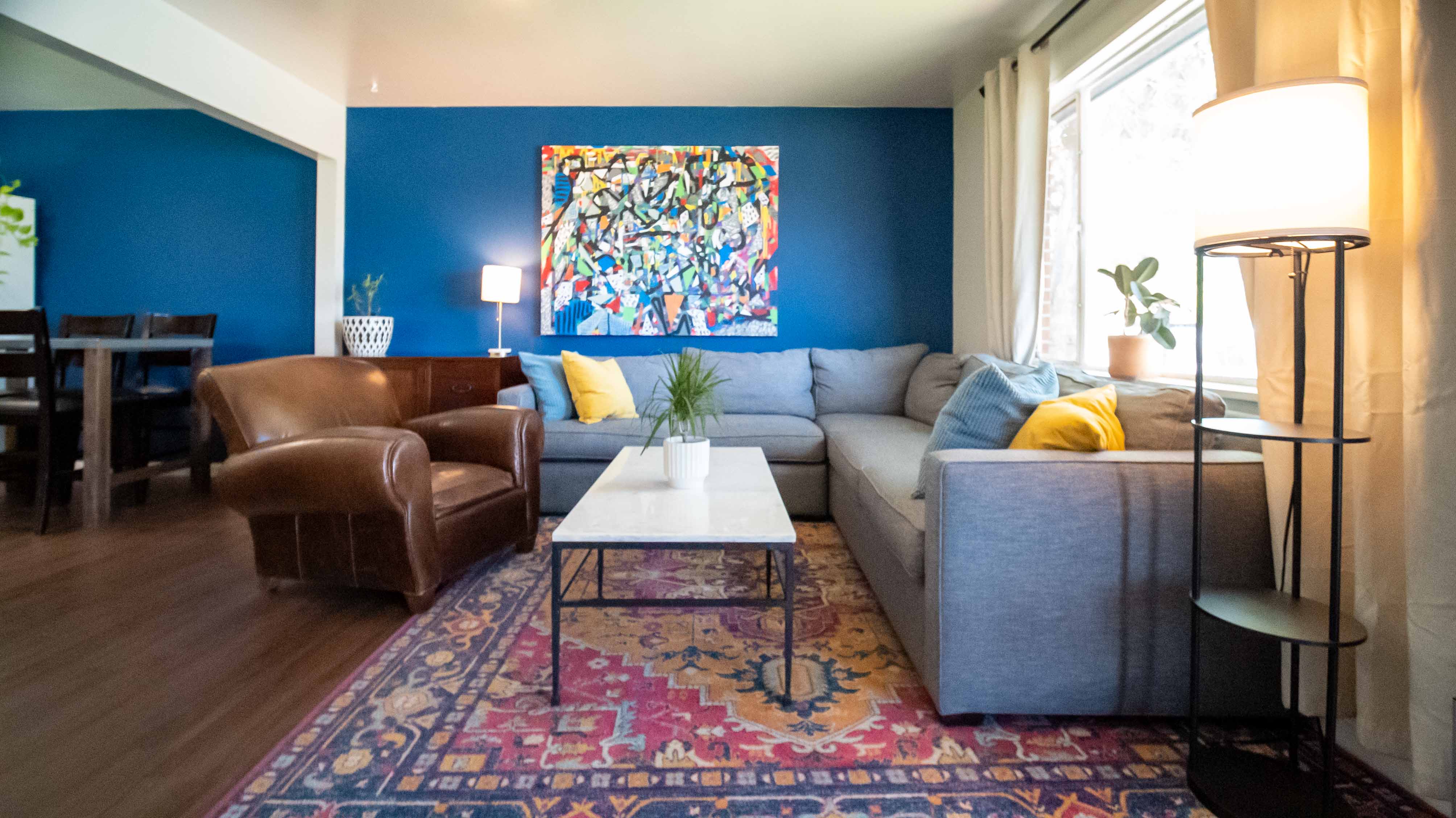 “There are a ton of sober living homes in Denver, but nobody was doing it the way I would do it,” said Givens.

The two bought a home in Englewood and turned it into the first Elevate Recovery Home this past summer, a holistic center that currently houses eight men. He expanded the program with a second house in Arvada in October.

“You need to integrate yourself fully into these people’s lives to be able to help them realize where they’re missing the ball and where they can pick up the slack,” he said. “The timing of it just worked out the way it was supposed to.”

Elevate Recovery Homes rely on an approach centered around a structured routine, accountability and support. That includes regular drug testing, curfew and meeting all house rules and expectations like chores. Givens also provides peer coaching, “We meet people where they’re at in their path to help them make progressions in their life,” he said.

He helps residents find clarity on their goals, and plan how to achieve them accordingly. That includes things like personal finance and budgeting workshops, interpersonal communication skills, career support and job placement through partnerships with local businesses.

Aside from that, his passion and background in athletics enable residents to take a more holistic approach towards recovery. As a certified nutritionist, he develops a curriculum focused on healthy eating and a regular fitness routine. In addition, he takes an all-pathways approach, meeting participants where they’re at and supporting finding what works best for them. explained Givens. “Not everyone responds well to AA or a 12-step program. Half of our guys go through 12-step and the other half don’t,” explained Givens. “We allow folks to choose what works best for them.” 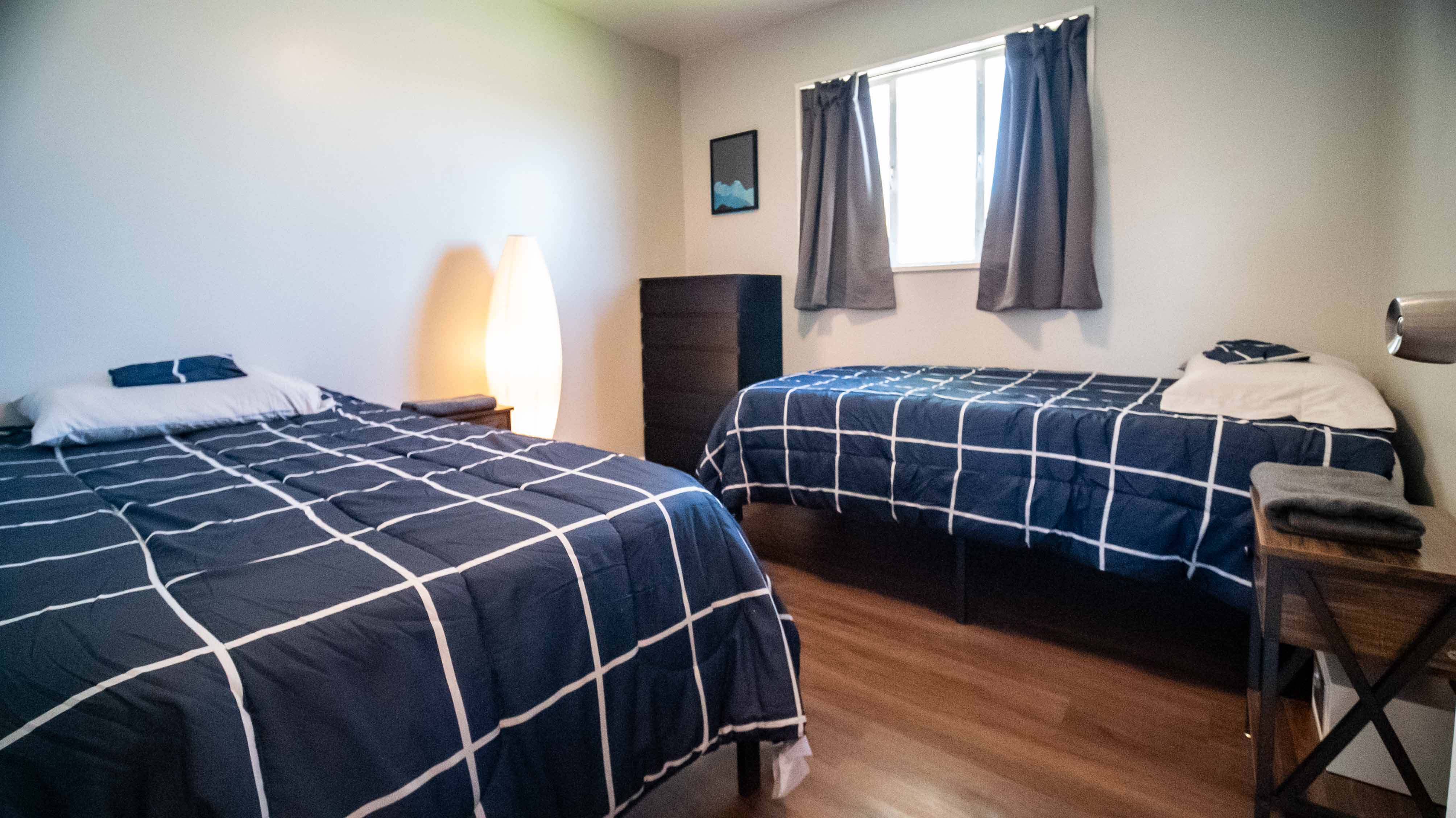 Each house is currently at 90% capacity. “Bryce provides everything in the house that we need,” says current resident Ronnie Hoffschneider. “I have tried to stop drinking for years in the past. I’d do it for a month, or a few weeks, but with this program, I believe it saved my life because I’m getting my structure back.” At 62, Hoffschneider attends weekly AA meetings, goes to the gym every day and works to achieve a healthier body and mind.

“The opposite of addiction is connection. We don’t want to focus specifically on sobriety, that’s why we’re not called a sober home,” said Givens. “We’re called Elevate Recovery Homes because we’re trying to support people to be better in every way.”