All photos courtesy of Covex

Last Friday night, rising electronic producer Covex took over the Bluebird Theater with support from Who’s Calling and Shae District. For a bill that was entirely made up of Denver-based musicians, Covex drew an impressive audience, all of which thoroughly enjoyed each performance. The vibes were immaculate as free-flowing ambiance dominated the night, accompanied by a simple-yet-effective set design and passionate performances all around. Although melody-driven electronic music took center stage alongside live instruments and guest vocalists, there was a healthy mix of contemporary EDM and drum and bass music thrown in for good measure.

Even as the first opener, Who’s Calling, took the stage, the iconic Bluebird venue began filling up quickly. The crowd seemed equally as excited to watch this relatively unknown electronic duo experiment with guitar solos and sounds similar to Two Feet as they were to see the headliner — and for good reason. Who’s Calling’s performance was engaging and pleasantly surprising. Their music fit right in with Covex and Shae District, without being bogged down by similarities and traditional motifs. Their originality and authenticity shined bright during the entire performance. 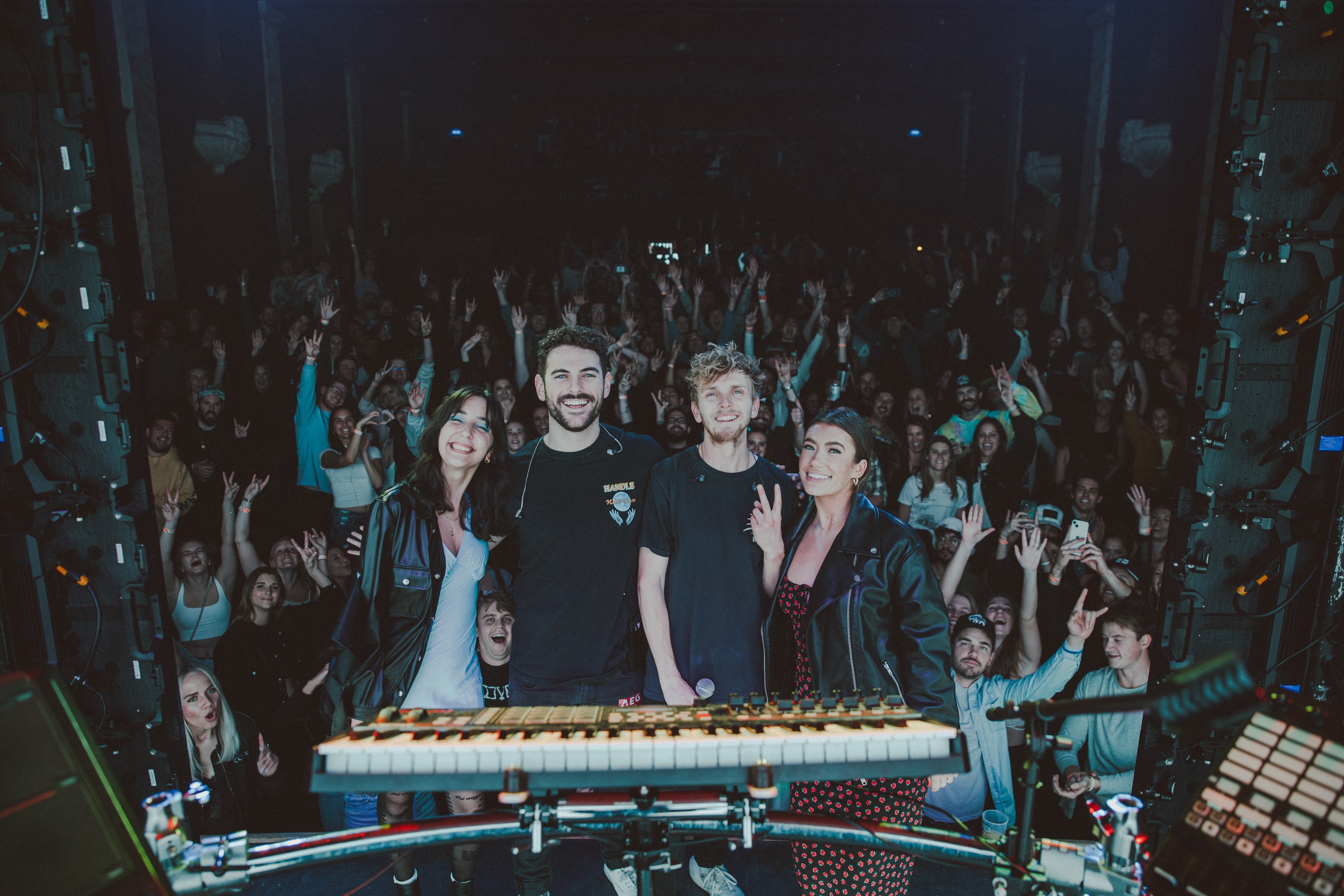 Following Who’s Calling, Shae District brought a slightly different vibe to the venue. Their music was deeper and slower than both Who’s Calling and Covex, equally as ambient, if at times less engaging. Their performance was refined and direct. However, their music needs a proper space and sound system to really get the full experience. The Bluebird sound system wasn’t completely up to the task, but that didn’t stop their performance from being wholly enjoyable. As their set came to a close, the audience was anxious to see what Covex would deliver. 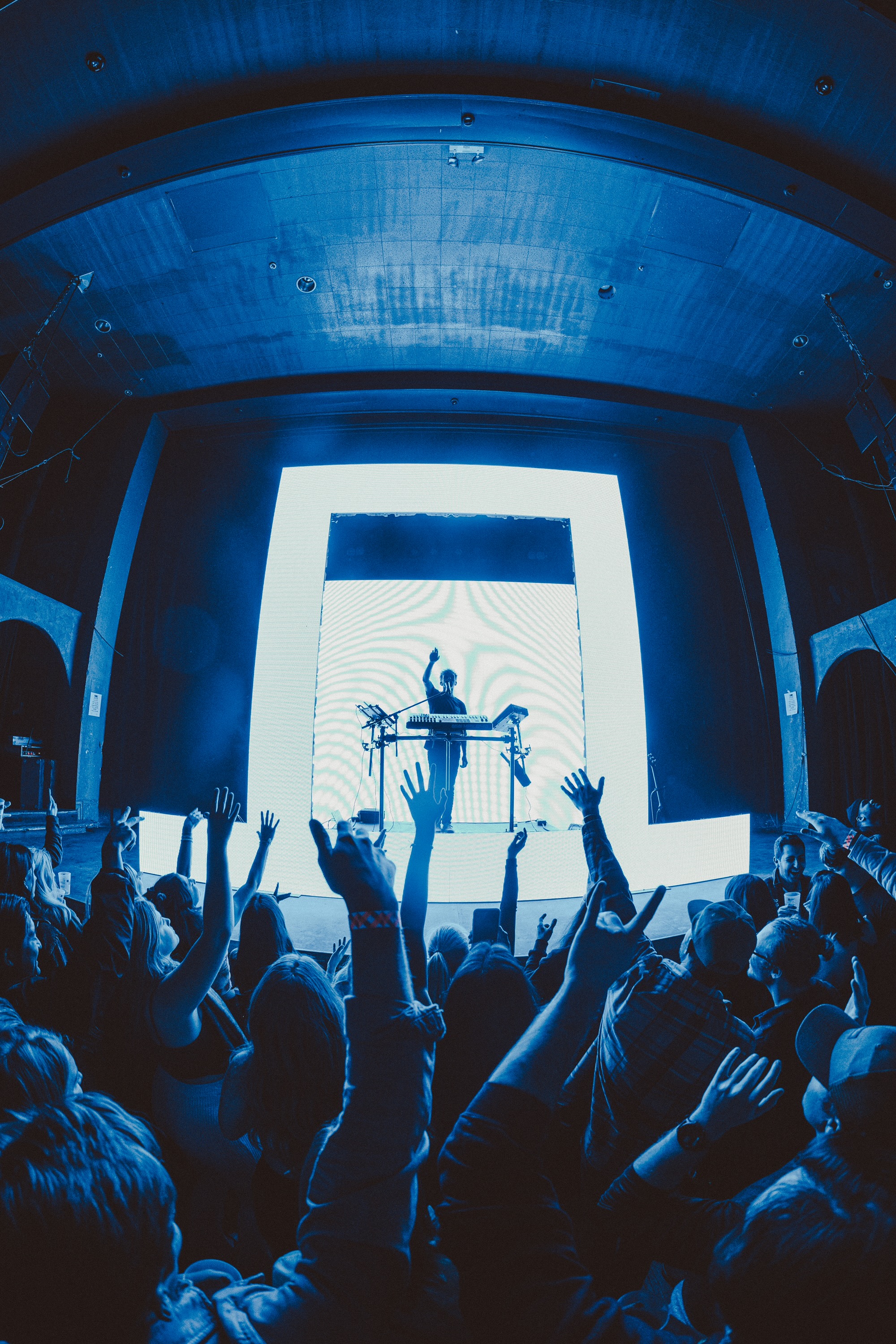 More than anything, Covex was pure fun. Each song he performed was filled with character and energy, no matter what vibe he was going for at a given moment. He embraced the spotlight and enjoyed watching the audience cheer and dance the night away. Additionally, he had no problem sharing the stage. In fact, many of the highlights from his performance were when he brought collaborators and female vocalists on stage to provide some welcomed variety to the experience. Each collaborator that joined him on stage sang with confidence and strutted with bravado, enhancing the energy in every way.

One thing is for sure – Covex has some dedicated fans. The crowd was loud, energetic and supportive of whatever sonic direction Covex decided to sway towards. He played many of his original songs, like “Lucky Ones” and “Breakaway” — easy, melodic tunes for the crowd to sing along to. However, Covex really shined when he embraced his DJing abilities to throw in songs from RL Grime (“Formula”), Porter Robinson (“Say My Name”) and Zhu (“Faded”). These songs, among many others, were delivered at all the right moments, moving the crowd to his will as he dipped into the sound of his contemporaries with style.

Speaking of style, he also showcased his own unique spin on tracks from some of his personal favorite artists including Dabin (“Lights”) and The 1975 (“Frail State of Mind”). It’s always refreshing when a producer lets their influences shine through while maintaining originality and honoring their sonic roots. These moments also gave Covex a chance to experiment with sounds that veered slightly away from his traditional melody-driven atmosphere, even experimenting briefly with an unexpected but impressive drum and bass track that revitalized the crowd in the back half of his performance.

Overall, Covex and his openers delivered a fun and surprisingly energetic performance filled with sonic variety and originality. The Bluebird was a perfect place for this upcoming star to showcase his potential and embrace his growing fanbase in an intimate environment. His performance was simple but effective, and the audience had just as much fun dancing as he did performing.