Sandra Dallas Is a Voice of the American West

Colorado author Sandra Dallas is an award-winning writer and journalist who shows no sign of slowing down. “I think I always wanted to be a writer,” said Dallas when asked about her creative origins. “Other than being a movie star — which didn’t turn out very well — it’s the only think I ever wanted to do.”

Dallas has had an inspiring career. She made a name for herself covering the Rocky Mountain states for BusinessWeek and started writing fiction at the age of 50. In this 303 interview, novelist Peter Heller said of transitioning from nonfiction to fiction that “once you start making it up, you never go back.” Dallas agrees, and is still churning out novels at 82. April 2022 marks the release of her next novel Little Souls, which takes place during the 1918 flu epidemic. 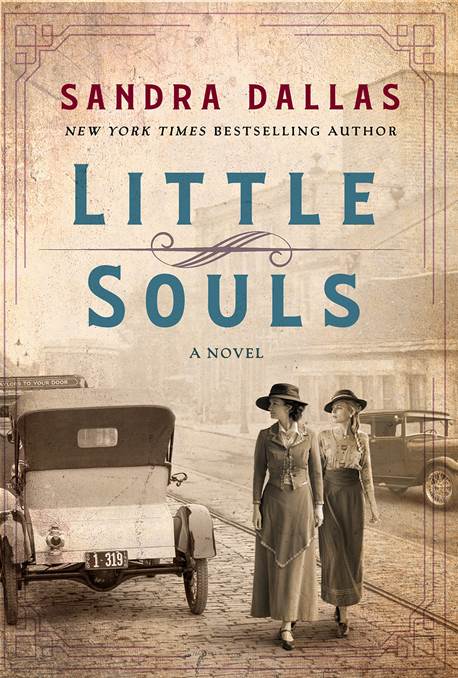 “The fear of the blank page was just overwhelming,” she said of moving from nonfiction. For her, the hardest part is starting. “I can go for a long time and not come up with things and then all of a sudden, sometimes it just comes out of nowhere,” said Dallas. “So I know the plot, I know the ending. But I don’t know how I’m going to get there — what happens from A to Z.”

Almost all of Dallas’ novels are based in the Western U.S., the region she covered for BusinessWeek. “I just write — I write every day. And as I’m writing, subplots occur to me and the thing sort of falls in line,” she added. “I don’t know how that process works and why it took me 50 years to get to that, but it does.”

She also described the need for artists to have a “creative time… For some people, it’s in the shower or driving or whatever, but that’s a time where we work things out,” said Dallas. Pre-COVID, she’d use her time on the foam roller after working out at the D.U. gym to formulate ideas. She’s replaced that ritual with walking after everything closed down. “I don’t envision the whole thing,” she said of her storylines. “I know where it’s going to end, although very often I get there and the ending seems so blatantly obvious that I’ll change it. But at least I write towards that.”

Like many writers, Dallas was less affected by COVID shutdowns than those in more extroverted industries. She writes at a home office and has carried on with that as usual. This pandemic did, however, affect the publication of her upcoming novel, Little Souls. “I wrote it about five or six years ago and my agent said, ‘Who cares about the 1918 flu epidemic?’ And then about a year ago she called and said ‘Remember that book you wrote about 1918? It’s kind of timely.’” She’s also got two other novels in the works. “That’ll take me until I’m probably 85,” she said.

Westering Women, set in 1852, is her most recently released novel. “It’s about women’s strengths and about how when they work together, they can accomplish a great deal,” said Dallas. “We look back on 19th-century women and think, ‘You weren’t feminists,’ but they were in their own way.”

Though she was born in Washington D.C., Dallas has always been drawn to the west. “I wrote this one book about Natchez, Mississippi,” she said. “I started writing from a southern viewpoint and realized, ‘I’m not southern.’ Even though I was born in the south, I’m not southern. And so I had to write it from the standpoint of a Denver woman who goes to Natchez, and how she sees everything … I just don’t have that inherent politeness and kindness that southern women have.” 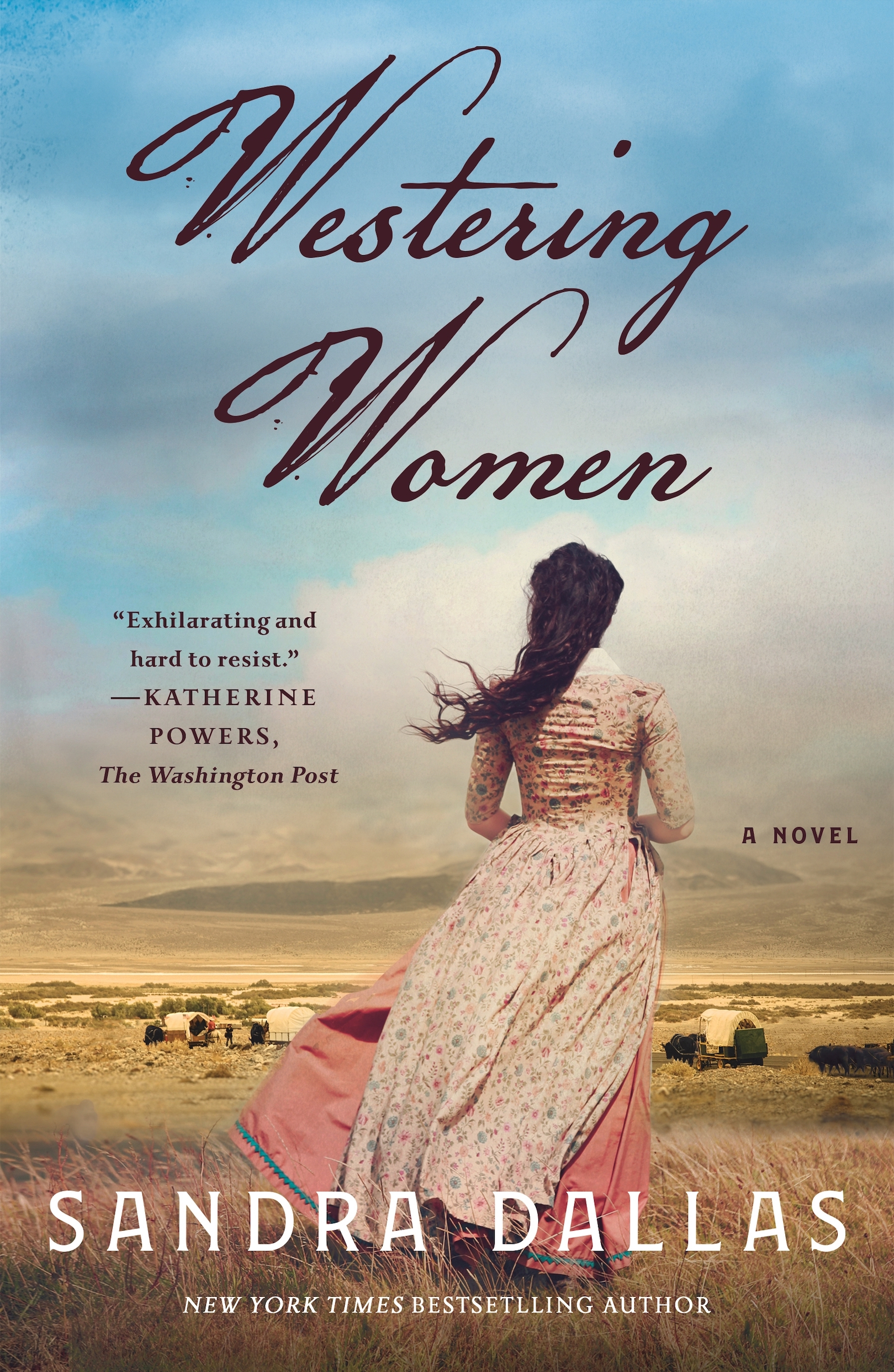 When asked about particularly rewarding moments within her career, she first cited her recent induction into the Colorado Authors Hall of Fame before elaborating on another, less specific highlight:

“When readers come up saying, ‘I love this book,’ or ‘This book has changed my life,’ it’s kind of scary. But it’s also a very affirming thing that maybe what you’re doing has some value. When I started writing, my goal was to write books where readers would say ‘Oh, I’m glad I read this. I enjoyed it.’ I don’t usually write to influence, I don’t have an ax to grind. I’m a feminist and always have been, so if I have an underlying reason for writing maybe that’s it. But I don’t set out to sway people on any issue or anything like that. But I wrote a book called Prayers for Sale, and I’ve had a number of people tell me that they have read that book in difficult times or given it to friends going through difficult times, and that’s very reassuring.”

Dallas truly loves what she does. “There’s an old line with writers where they’re asked ‘Do you like writing?’ And the answer is ‘No, but I like having written.’ Well with fiction, I actually like the writing process,” she said. “I like sitting there and not knowing what’s going to happen until the characters take over and tell you where it’s actually going,” she added. “I don’t know if it’s happened with you, but towards the end of my first book, I realized that two of my main characters were going to marry each other. And I was so happy that I hugged myself and thought ‘Oh, that’s wonderful!’” 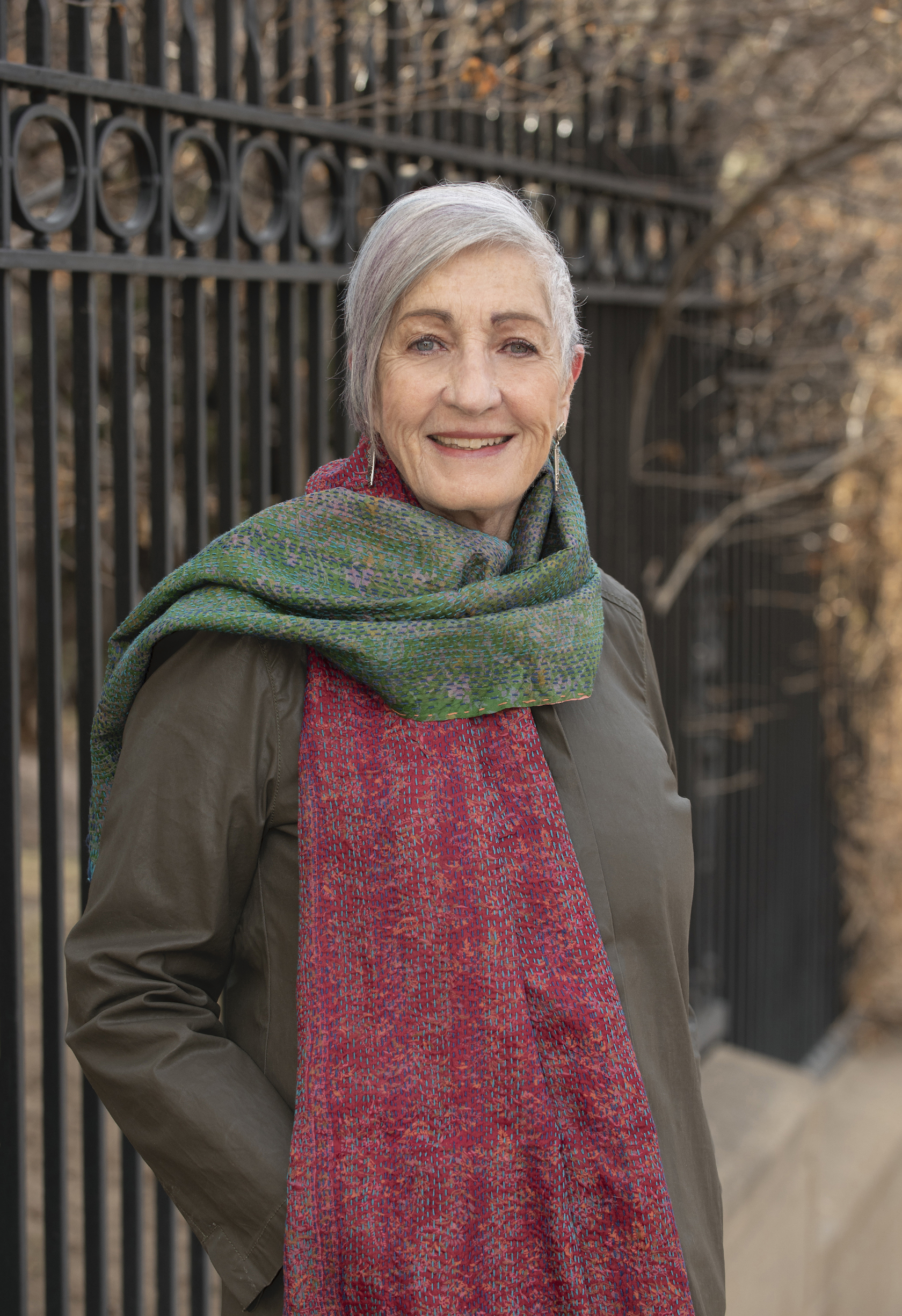 To augment her illustrious career, Dallas also keeps busy writing a column on “Books of Retail Interest” for the Denver Post and judging the Western Writers of America Spur Award for Traditional Westerns. ‘Westering Women,’ along with Dallas’ 15 other published novels, is available for sale. ‘Little Souls‘ is set to release in April of 2022.