Photo Courtesy of One Flew West

One Flew West on Their New Release and Future Plans

Denver’s Underground Music Showcase (UMS) shouldn’t be the only time of the year to pay attention to local bands. That’s why here at 303 Magazine, we’re always looking to share good tunes from recognizable acts. From Longmont, One Flew West has been in the local music scene since 2014 and provides the perfect fix for the post-pop-punk fans waiting for a local to root for. The band, which has played multiple local venues and five UMS festivals, was happy to formally introduce themselves to 303 Magazine‘s readers just in time for the release of their latest track, “Holes In My Jeans.” 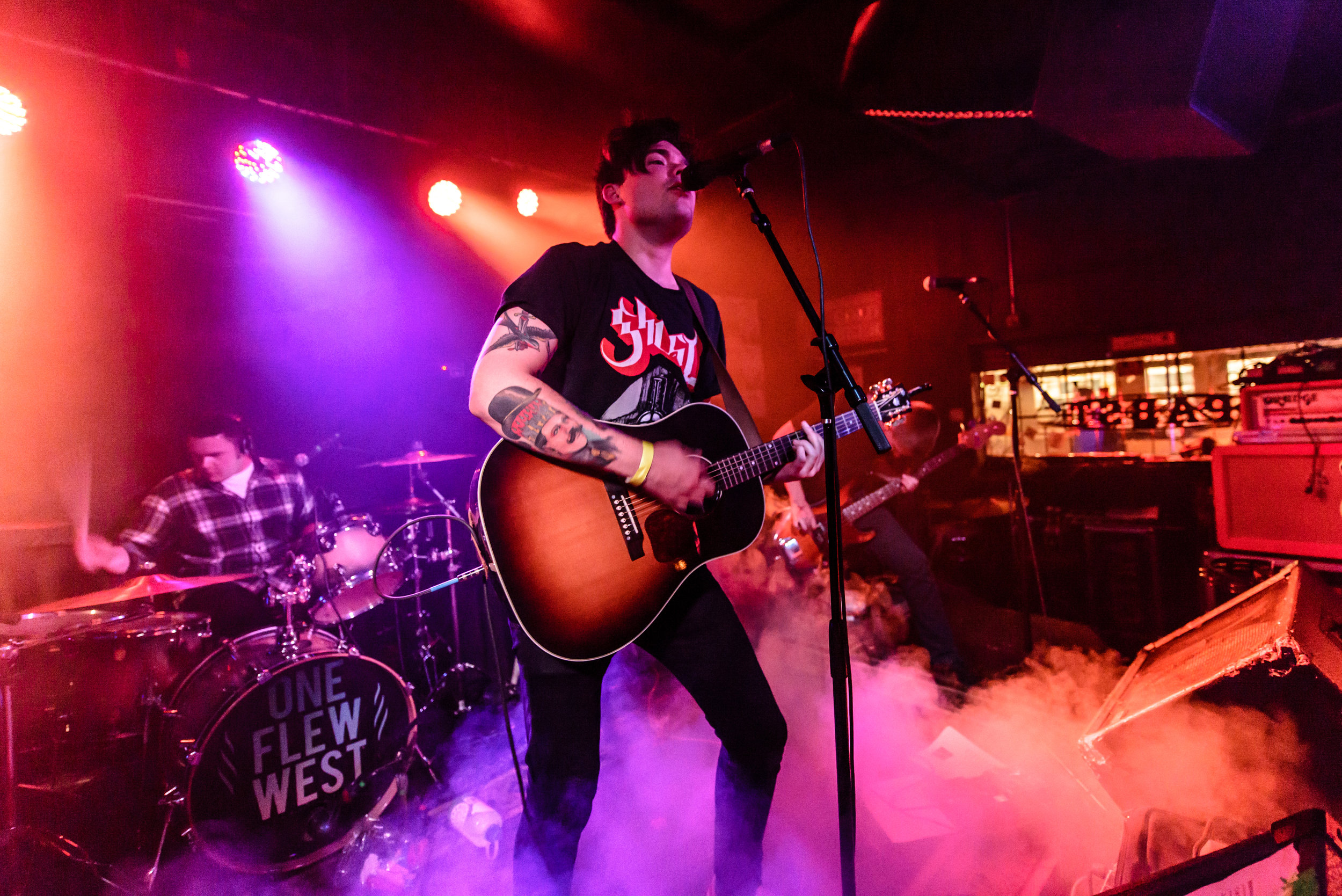 Photo courtesy of One Flew West

The band is composed of Linden Jackson on vocals and acoustic guitar, Jonah Bartels on drums and vocals, David DiSalvo on lead guitar with vocals and Dawson Frye on bass. All but Frye — who joined in 2017 — are original members.

303 Magazine: What originally brought the band together?

One Flew West: We started out as street performers on Boulder’s Pearl Street Mall in 2010. We would all play acoustic guitars, performing mostly Mumford & Sons songs for pedestrians. We started playing real shows in high school with a fully electric setup and eventually formed what would become One Flew West in 2014.

303: What bands do you draw influence from?

303: How would you classify your music? What elements make it what it is?

OFW: We get grouped into the pop-punk category a lot, but that isn’t exactly how we would describe our sound. There’s definitely some major pop-punk influence in our music, but there’s also alternative and even folk in there. At our core, we’re a pop-rock band.

Perhaps it’s their most popular song — “Trial and Error,” which has over 1.6 million streams on Spotify — that filters them into the pop-punk category. The pleading lyrics backed by the catchy, expletive bridge reawakens the emotional and often inexperienced young adult still navigating the misfortunes in their life as well as their initial response when facing them.

Since the release of their 2017 EP Trial and Error, the band faced struggles akin to any artist beginning their music career. It wasn’t until 2020 that unprecedented challenges arose and they failed to produce anything new for listeners. The quartet had been producing music consistently since its establishment but when COVID hit, the band took a break from making new music.

OFW: We signed a record deal with Smartpunk Records! That partnership will lead to a lot of new music in 2022 and beyond. Our next single, “Holes In My Jeans,” will be released on November 19. As for things that haven’t gone well, not playing shows has been hell. Playing live is a major cornerstone of our identity as a band, and not being able to do it for so long was painful.

It hasn’t been all bad though. In August of this year, the band came out with a new single and accompanying video. “Blurr” is a great example of a band sticking to their musical roots while experimenting with a completely new mentality in the lyrics. It’s day and night in terms of the band’s songwriting.

Their latest release, “Holes In My Jeans,” is out today for listeners. The song keeps the same fast-paced attitude as the rest of their discography and looks back at decisions as opposed to dealing with consequences. It’s a song about growth as well as the sense of uncertainty that often comes with age and truly finding your place. The song questions comfortability in a familiar place — if, in fact, comfort relates to happiness or success.

303: What inspired the new release?

OFW: Throughout 2020, we’ve all had a lot of time to reflect on our lives and the choices that we’ve made. We spent the spring inside our houses, uncertain of the future. Naturally, we began to feel like we would be better off if we had made some different decisions in our lives that would have made us happier. “Holes In My Jeans” is about the fear of not having a backup plan or anything to fall back on. These feelings caused a lot of personal turmoil. “It’s not right having an existential crisis every day….”

As far as live shows go, the band is currently working on their next tour.

OFW: We’re actually in the process of booking our next tour right now! It’s been way too long, and we’re really excited to finally get back on the road again. We want to tour a ton in 2022. There’s a lot more on the way. 2022 is going to be big for us. 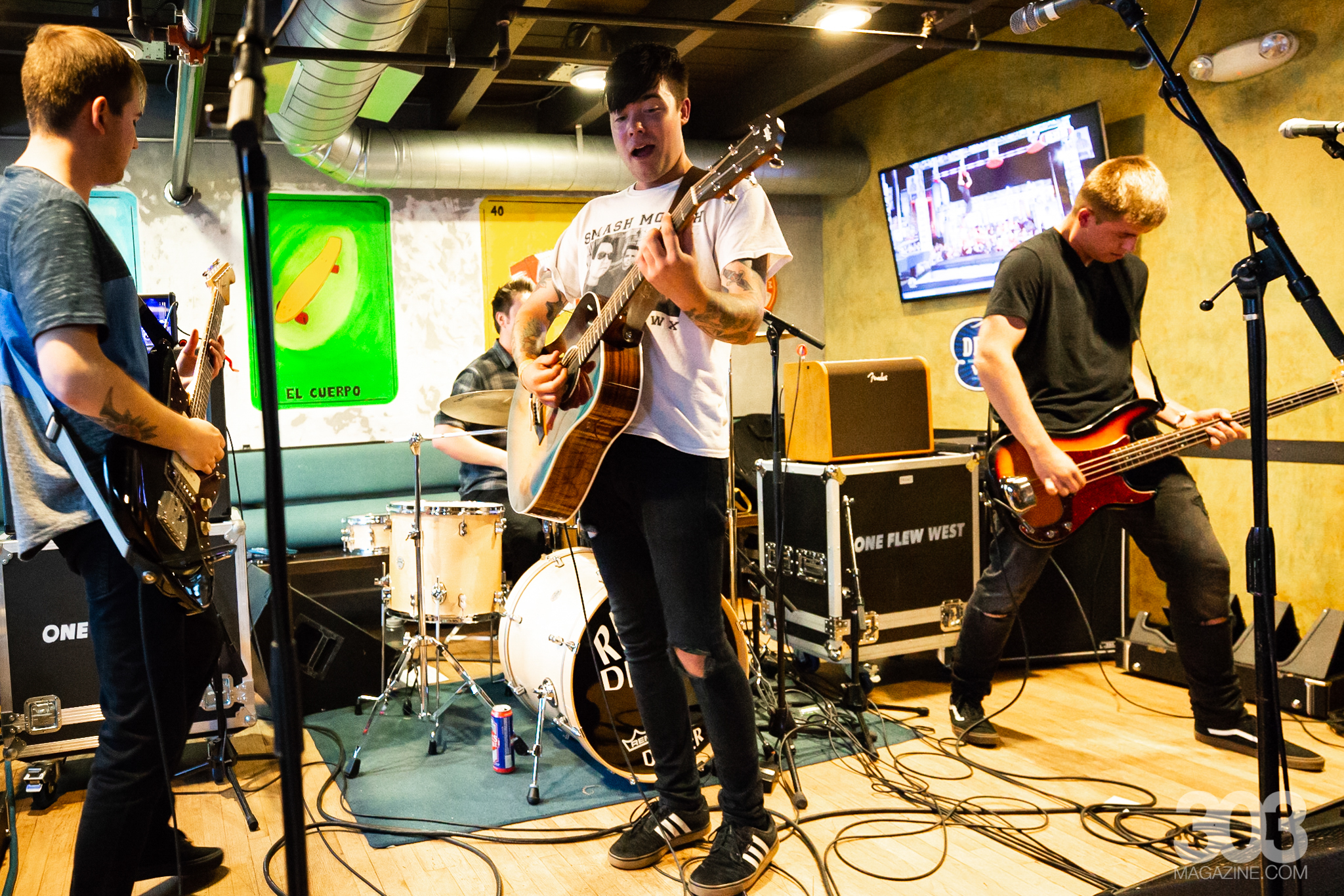 Colorado is home to a hotbed of low-profile bands across the Rockies, tucked away in locals’ favorite city venues. Unlike the coastal states, Colorado’s music scene rests on a smaller and more intimate scale. The responsibility weighs heavily on the locals to uplift and make known to the nation the presence of these artists against the likes of the populous coastal crowd’s influence.

Check out our weekly live performance lists to find up-and-coming Colorado artists while they’re still playing small venues. There’s no better way to support local music than to listen live. After all, you could be enjoying a cold beverage after work and end up listening live to the next Lumineers or The Fray.