Literal jack-of-all-trades, Denver born-and-raised, game-changer and ground-breaker, fashionista and on the road to reaching local icon status, N3ptune is gearing up to play his role as the 2021 Denver Fashion Week, presented by The Green Solution and Medicine Man, exclusive MC and performer. He’s a Singer/songwriter, producer, dancer, actor, model, and director —  “if it’s involving entertainment, I pretty much do it” type of performer. From November 16 through 21, N3ptune will be right where he belongs, heading DFW and simultaneously releasing a new single off his upcoming album, Renaissance, all while dressed head-to-toe in his legendary costumery. We caught up with the cultural figure before the busy week to talk all things fashion, music and Denver.

303 Magazine: When did your career in entertainment begin?

N3ptune: When I learned how to form sentences is when I started writing songs. I’ve been planning out what I do now since I was a kid. At recess, I would write business plans and write songs and draw designs. I grew up singing in the church and had a mixture of church and classical training throughout my childhood. I’m mainly self-taught for a lot of the things that I do. I drill myself, I’m my own coach. I took a dance class when I was in 3rd grade, but got my dance training when I was a teenager and was a dance captain. I asked to be drilled harder than anybody else. High school is when I started producing. I was in 10th grade and my alternative school let me use one of the computers and I downloaded FL Studio and learned how to produce.  That’s where I really started to take things a lot more seriously. By the time I graduated I was making my way through the city, from doing karaoke nights to performing at Denver Arts Society. From there, within 6 months I was performing at Denver Pride Fest and have been making my way since. 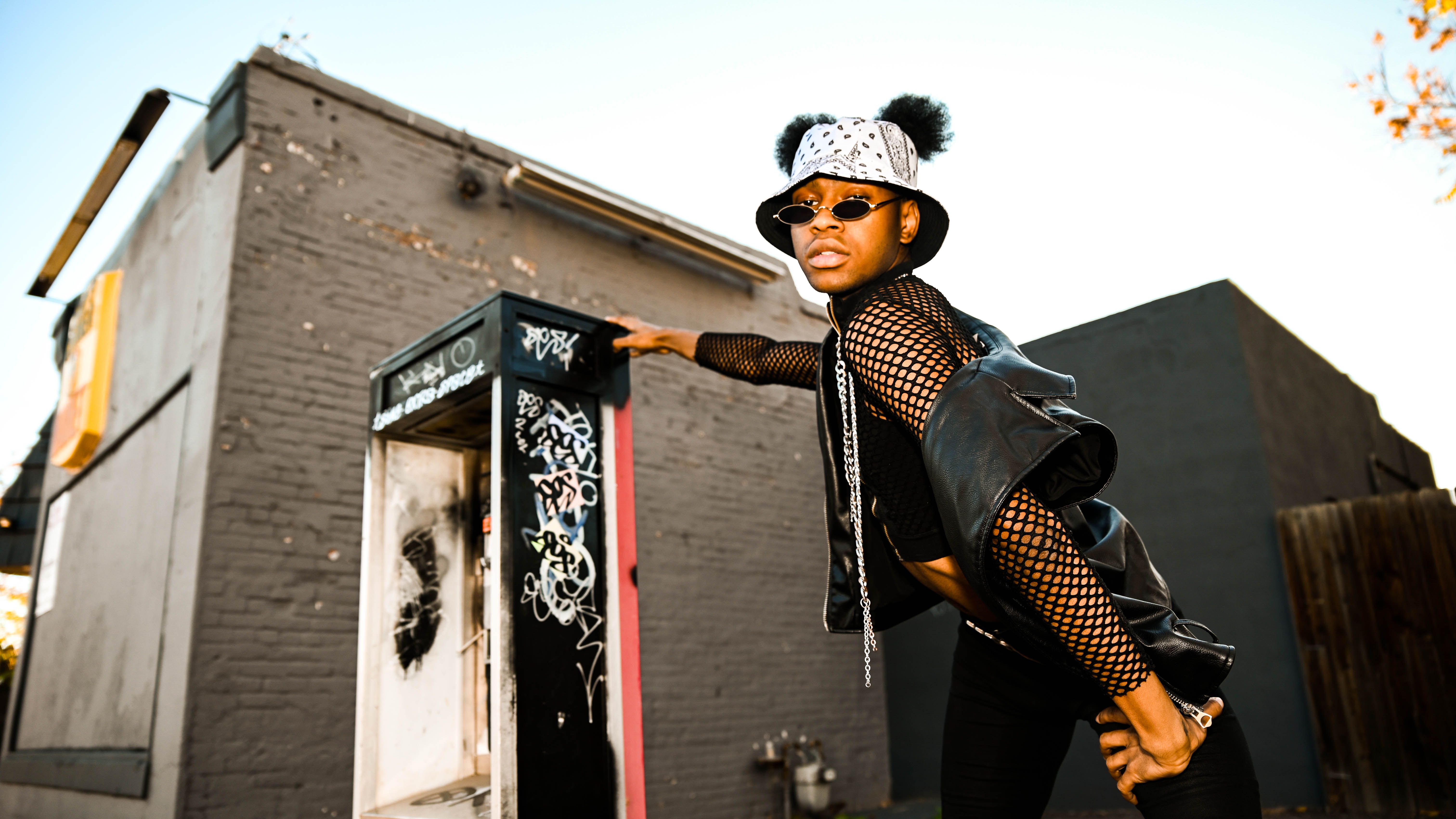 303 Magazine: How does fashion tie into all this — your career and your identity?

N: Fashion is literally in my blood. My great-grandma was a seamstress. She and my grandma and my great-aunt, their entire childhood was full of racks of clothes throughout the house. Fashion and being stylish is something that was innate. As a kid, I would draw the clothes I wanted to wear. I wasn’t really allowed to express myself through fashion, so I would draw designs. When I got to high school I got my first pair of platforms. I still have them to this day. They are 5.5 inches, and I wore those things like there was no tomorrow. That was the only way I was ever able to truly express myself until I moved out when I was 19. The first time I really dressed the way I always wanted to was when Yvie Oddly hired me to perform at the Odd Hour in 2017 at Tracks. It was a club kid night and the stars aligned. I had a song about club kids and how they inspired me. I was dressed exactly how I wanted to dress for the first time. It’s my fashion that has been my trademark. Even if I’m unrecognizable, people still know it’ll be me because of how I’m dressed. No one else really dresses like me. Fashion has been that escape. If I don’t feel comfortable where I’m at, at least what I’m wearing is that shield.

303 Magazine: How did you land this DFW gig as the exclusive MC and performer?

N3ptune: I was pretty floored when I got that news. I let my manager know that I was walking for DFW, and he said, “I’m going to see if we can get you as a performer.” He got back to me and said, “they’re not looking for performers because all the designers have their music and they don’t want to overshadow them, but they want you to be the exclusive MC and performer.” I’m still a little shook with how that happened, but I think it’s because I merge fashion into what I do. My manager is the one who really vouched for me. 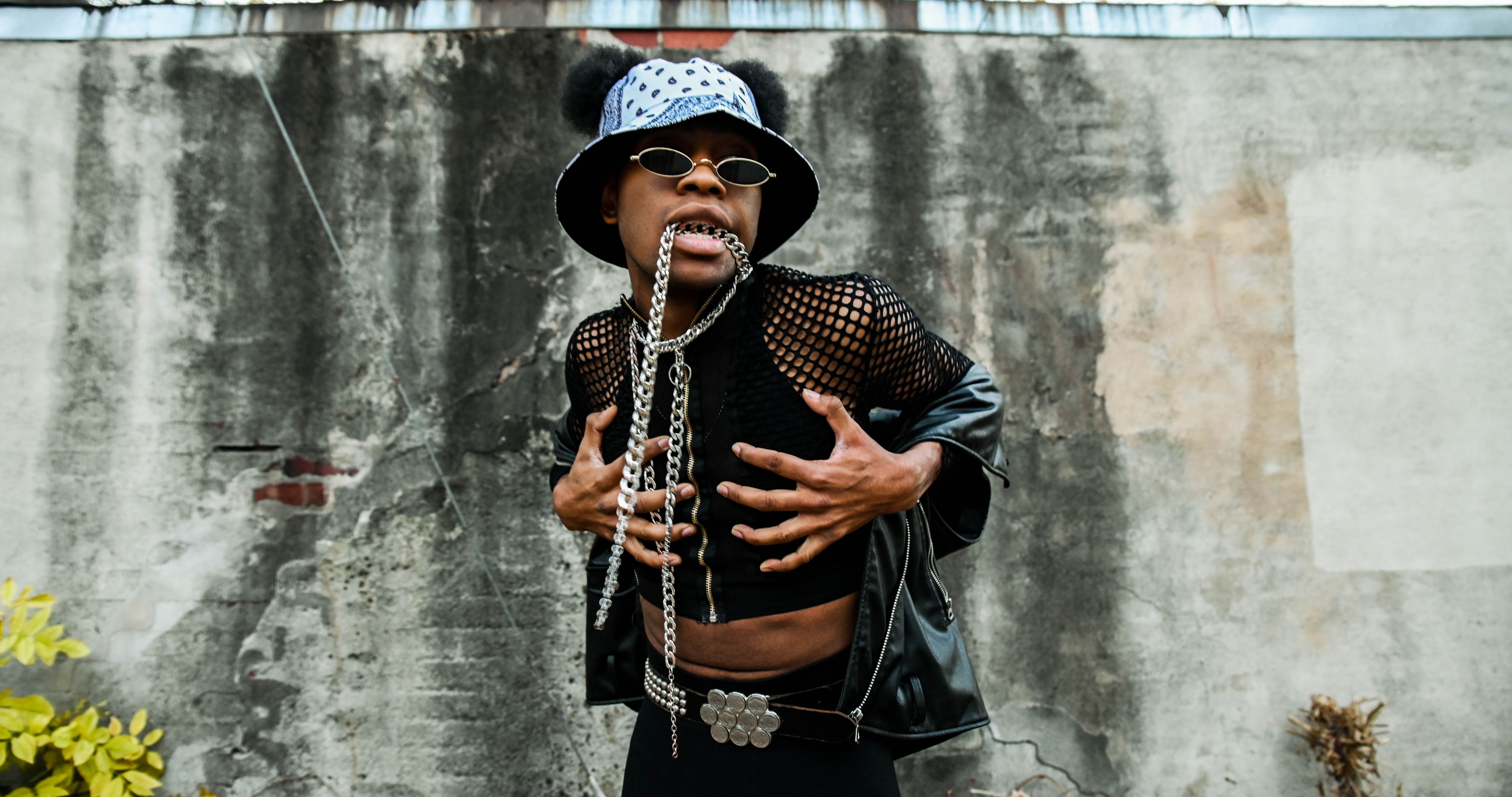 303 Magazine: What can we expect from this year’s DFW? How will it be different from past years?

N: I’ve kept up with DFW for the past couple of years and I think it’s definitely going to be a little bit more diverse from what we’ve seen. We’ll get to have the full entertainment experience of a fashion show. The best fashion shows do have performers, they have people debuting new music. I have a new song called “Black Horse” that is releasing on November 19 and that is one of the songs that will be getting performed, and I will be performing music from my new EP, Renaissance.

303 Magazine: How do you feel about Denver’s status as an up-and-coming fashion hub?

N3ptune: It’s definitely stepping its game up. Growing up I just assumed it would be stylish, but then getting grown I was like “it really never was known for fashion like that.” We’re coming to an age where everybody is wanting to be self-sufficient, wants to be their own boss, especially in entertainment. We see a lot of people like “I want to try this, I want my own brand.” I think we’re seeing, what we’re experiencing at the moment, truly is a renaissance. If you look back to all the times with some of the best music, with some of the best fashion, with some of the most erratic political times, it was during a renaissance and rebirth. We’re on the verge of seeing Denver living up to its nickname — the Harlem of the West. I don’t know what to expect other than to expect the unexpected. 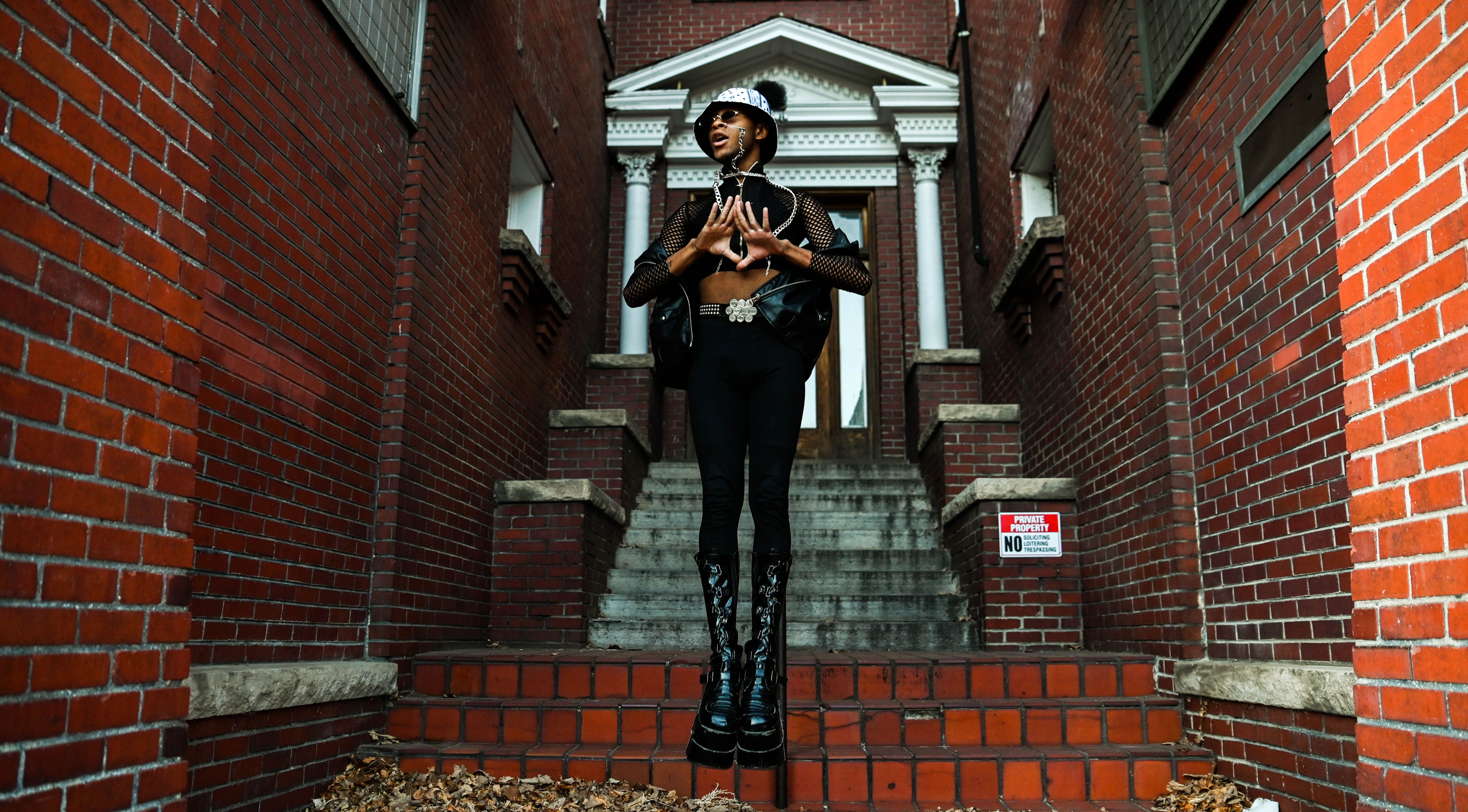 303 Magazine: What would you like to see for both yourself and for Denver in the future?

N3ptune: I love the idea of inclusivity, but I also love the idea of not trying to beg for a seat at the table. I’m not that kind of person. While I was out moving my way through the city I had to realize not everyone is gonna fuck with you. Not everybody’s gonna like you. In my own personal experience, that’s what drives me further — building a seat at the table, creating my own table. My goal for myself is to be one of the greatest artists to ever live. That is what I work my ass off to see. In terms of Denver, I want to see Denver as a hub. There’s a lot of talent here, it’s very eclectic and there’s so much free rein. There’s a lot of freedom here to do what you want. I would love to see Denver reshaping in terms of entertainment and challenge the status quo in terms of how music, fashion, everything is supposed to go. There’s a lot of rule-breaking that goes on here, so let’s be the cowboy rulebreakers that we should be and stop trying to follow all the damn rules. 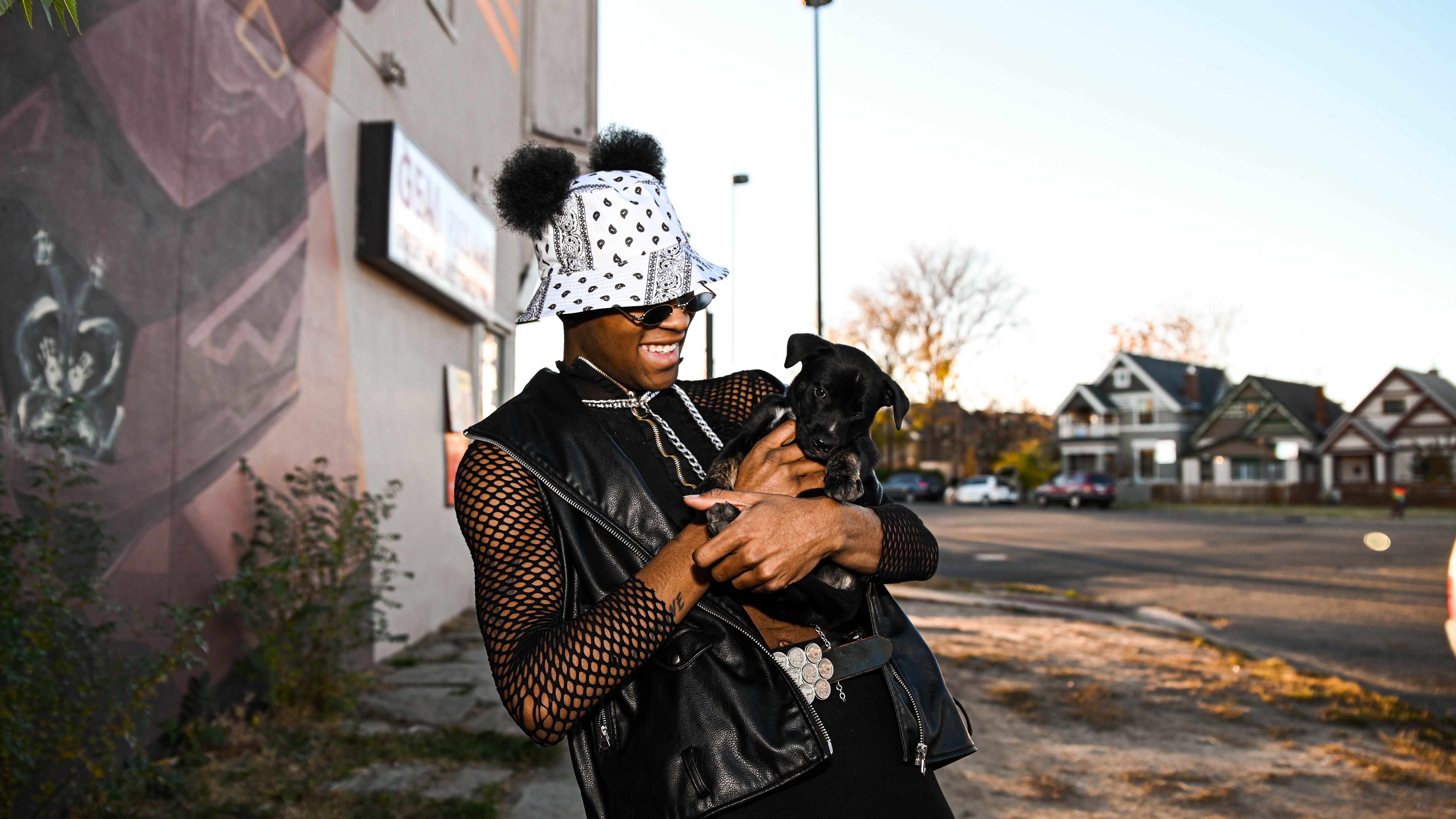