This Boulder Novelist Retells “Pride and Prejudice” With a Burlesque Twist

The seductive, captivating world of modern burlesque isn’t often caught in the same setting as Pride and Prejudice, Jane Austen’s classic Regency romance. With her debut novel A Certain Appeal, Colorado author Vanessa King is changing that. The story retells Pride and Prejudice through the lens of the contemporary world of New York burlesque. A Certain Appeal was included on a list of 25 Best Fall Books by Good Housekeeping, which stated: “Whether you loved the classic that inspired it or not, you’ll devour this steamy novel!” The book will be available on November 2 of this year.

Dipping a Toe Into the World of Burlesque

While living in New York City, King stumbled upon the New York School of Burlesque (NYSB), led by legendary headmistress Jo Weldon. In addition to running NYSB, Weldon is an educator, activist, performer and author who advocates for the rights of sex workers and sexual expression. The school’s website states its mission to be a “female-founded, -owned and -operated endeavor, particularly in the face of an industry that has a history of resistance to woman’s performances being defined by the tastes of male venue owners.”

King enrolled in their “Confidence Course” — and was hooked. “The next day it was like, ‘Apparently I’m doing this, and it was fantastic!’” she said. “The first rule of Confidence Course is that you don’t talk about Confidence Course,” she added, explaining that students are encouraged to get others to sign up rather than divulging the secrets of the class. “I loved it so much I figured I wanted to see what else was on offer, so I signed up for the intro burlesque class … Not too long into it was the New York Burlesque Festival, so I went to opening night and got to see tons of performers and that really secured my interest. I was never good, but I loved it.”

The writer always held onto the idea of incorporating her time doing burlesque into her writing. “It was such a bizarre and fun experience, and some of it comes across as fiction anyway, even when you’re living it,” she said. “I was chatting with a friend when I was between projects and she mentioned that she was working on a retelling of The Wizard of Oz set at a concert festival — which she still hasn’t finished and I think she should.”

After latching onto the idea of a “modern retelling,” Pride and Prejudice was the first classic novel that came to mind. “From there, it was just a matter of breaking down the different scenes that were the most memorable, or the lines that I wanted to work with,” she said. “Then I tried to come up with contemporary counterparts for the characters, their day jobs and what their goals outside of the club would be.”

Though the entire world has been affected by COVID-19, the introverted literary industry hasn’t suffered as much as some. King got an agent in December 2019 — she’d just finished revisions on the novel when the Boulder Valley School District shut down and her daughter began studying from home indefinitely. “I was glad I finished revisions while the kiddo was still in school,” she said. After sending her work to her “dream list of editors,” she had an interested party within a few days.

“I think maybe having a literal captive audience might have been helpful,” said King. “New York was locked down and they were looking for a happy escapist read, and this really hit that button.”

The seed has already been planted for a follow-up to A Certain Appeal, which retells Sense and Sensibility. “There are new main characters but it’s still within the world of A Certain Appeal, so the burlesque club is in there, you see some of the same characters and they’re getting more time in than last round. It’s been fun to work on, and it was good to see them again,” she said. 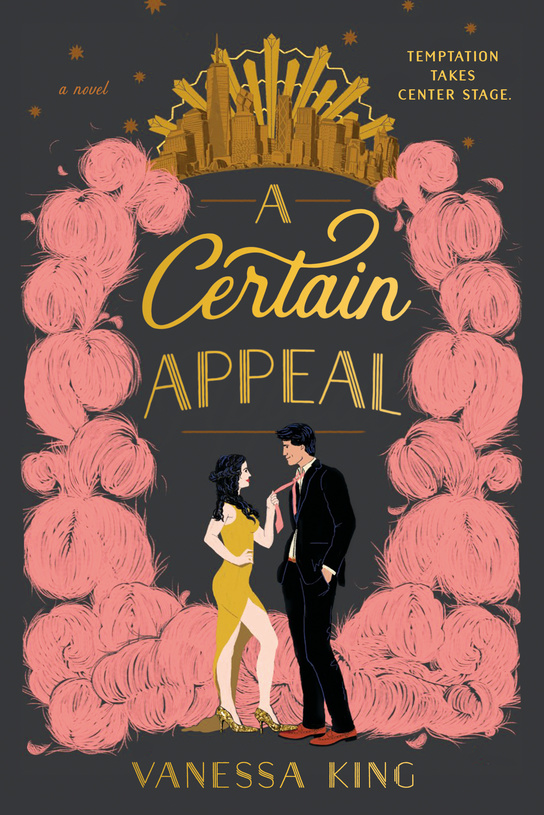 A Certain Appeal will be released on November 2, 2021. Find a list of pre-order locations on King’s website or support one of the local bookstores in this 303 roundup.

All photos courtesy of Vanessa King.