Courtesy of Colorado Coalition Against Sexual Assault on Facebook.

Colorado residents may start to see the phrase You Have the Right on billboards, posters and bar coasters around town, or hear about it while listening to local radio or TV. You Have the Right (YHTR) is a public awareness initiative by the Colorado Coalition Against Sexual Assault (CCASA) that’s aiming to educate the public about the range of reporting options following a sexual assault.

CCASA also works with the legislature on passing laws and influencing policy around the subject — two of the priority bills they worked on during the last legislative session were passed. “Both of them created changes and new causes of action within the civil legal system for survivors of child sexual abuse, which was really exciting,” said Brie Franklin, CCASA’s executive director. You Have the Right is working to raise public awareness about these legal updates and make sure people know their options, specifically when it comes to law enforcement and reporting assault.

Franklin’s very first job out of college was with a local rape crisis center. “I kind of fell into it not really understanding what I know now,” she said. “There are actually a lot of people in my life — as well as my own experiences — where we didn’t name the experiences for what they were or really understand what had happened,” she added. “I think that’s pretty common for individuals. We have stories that are told in the media about what sexual violence is and what it looks like. And then as we learn more, we can start seeing all the ways in which it’s actually impacted our own lives.”

The National Intimate Partner and Sexual Violence Survey (NISVS) reports that one in three women and one in four men will experience sexual violence involving physical contact during their lifetime. The survey also reports data on intimate partner violence — including psychological aggression and control of reproductive or sexual health — and stalking. “It’s important to know that you more likely than not know someone who’s experienced sexual violence,” said Franklin.

READ: A Master Guide to Mental Health Resources In and Around Denver

CCASA worked on Senate Bills 73 and 88, both of which will go into effect on January 1, 2022. The former allows survivors of child sexual assault to sue the perpetrator at any time after the abuse occurs, overturning the previous limitation that only allowed reporting until the age of 24 — 6 years after the survivor turned 18. Bill 88 allows survivors to bring a civil claim against a youth program — like a church or school — that was aware of the abuse but neglected to address or report it. “So if you think about the stuff we’ve heard about the Catholic Church and the Olympics and stuff like that — This is allowing survivors of child sexual abuse to sue institutions and organizations to get money to heal,” explained Franklin.

Other parts of their work have to do with educating people on legal updates like these. “In the last 10 to 15 years the state has passed a couple of laws around how survivors can report and get medical care,” said Franklin. “But the public doesn’t necessarily know about them. We’re trying to raise awareness and about what we call ‘reporting options,’ like survivors being able to go in and get what’s called the ‘rape kit’ without having to talk to law enforcement,” she explained.

YHTR’s website outlines three main options. “Anonymous reporting” files a medical report but allows the survivor to stay anonymous to the police. “Medical reporting” goes to medical providers without a police investigation. Or, a full police report can be filed. 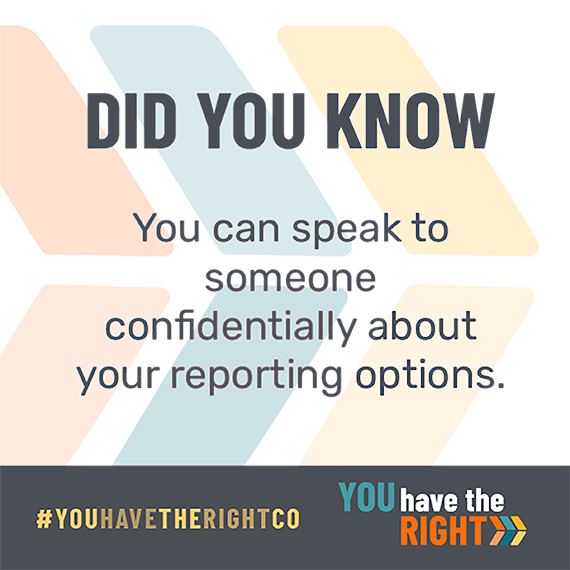 “You know, in that moment of trauma and crisis is can be very overwhelming to have to talk to law enforcement,” said Franklin. “So allowing survivors to have medical care and evidence collected and then have a little time to decide what they want to do with that is really the intention of the campaign. We want to educate as well as connect them with resources in their area of the state.”

Franklin also commented on the statistics for sexual violence since the onset of the pandemic and subsequent lockdowns. “We don’t have hard numbers yet, but what we’re hearing from our member programs is that there have been increased calls to crisis lines,” she said. “Some of that may be due to individuals experiencing sexual violence from being isolated in the home, or not feeling safe going to the hospital to get care. But also for folks who have experienced sexual violence at some point in their past, just the stress of the pandemic has kind of brought that trauma back to the surface.” CCASA has moved their trainings online, which has actually allowed them to reach some of the rural communities that were less accessible through in-person contact. 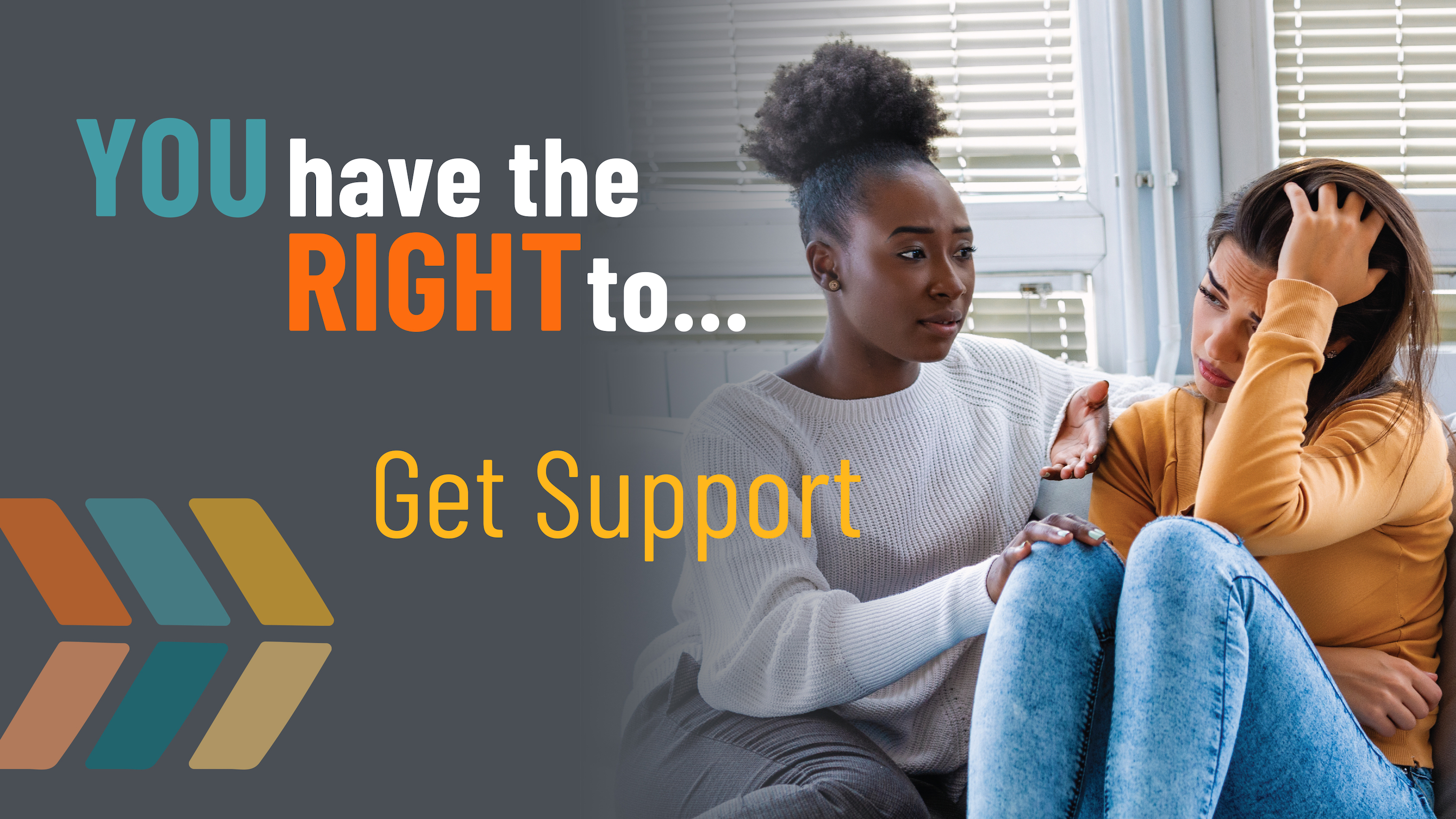 Brandi Dye, communications and community engagement manager at CCASA, added that their “resources are available all over the state.” The You Have the Right website has a map detailing what’s available where — even in more rural Coloradan regions. The webpage is currently available in English and Spanish, and the team is working on making it accessible for a number of languages in the future.

“Your recovery is in your own hands. No one can force you to do anything, reporting-wise,” said Dye. “Even at your weakest moment, you still have control over what happens next.”

The You Have the Right website is full of resources for survivors, friends and families and professionals. If you or someone you know has experienced sexual violence, check out their resource map.

All photos courtesy of Colorado Coalition Against Sexual Assault.