In the midst COVID-19, it’s important to create space for joy. Every week feels as if there is something new to worry about in the world, nation and in personal life. It can feel disheartening. However, rare occasions occur where worry is replaced with contempt. On Tuesday night, Jungle took over Mission Ballroom and performed a set full of good vibrations that sparked joy. From start to finish Jungle was relentless with their high energy, giving the Denver crowd every reason to move their feet. The infectious energy lasted the entire night creating an undeniably groovy concert experience with little to no worries. 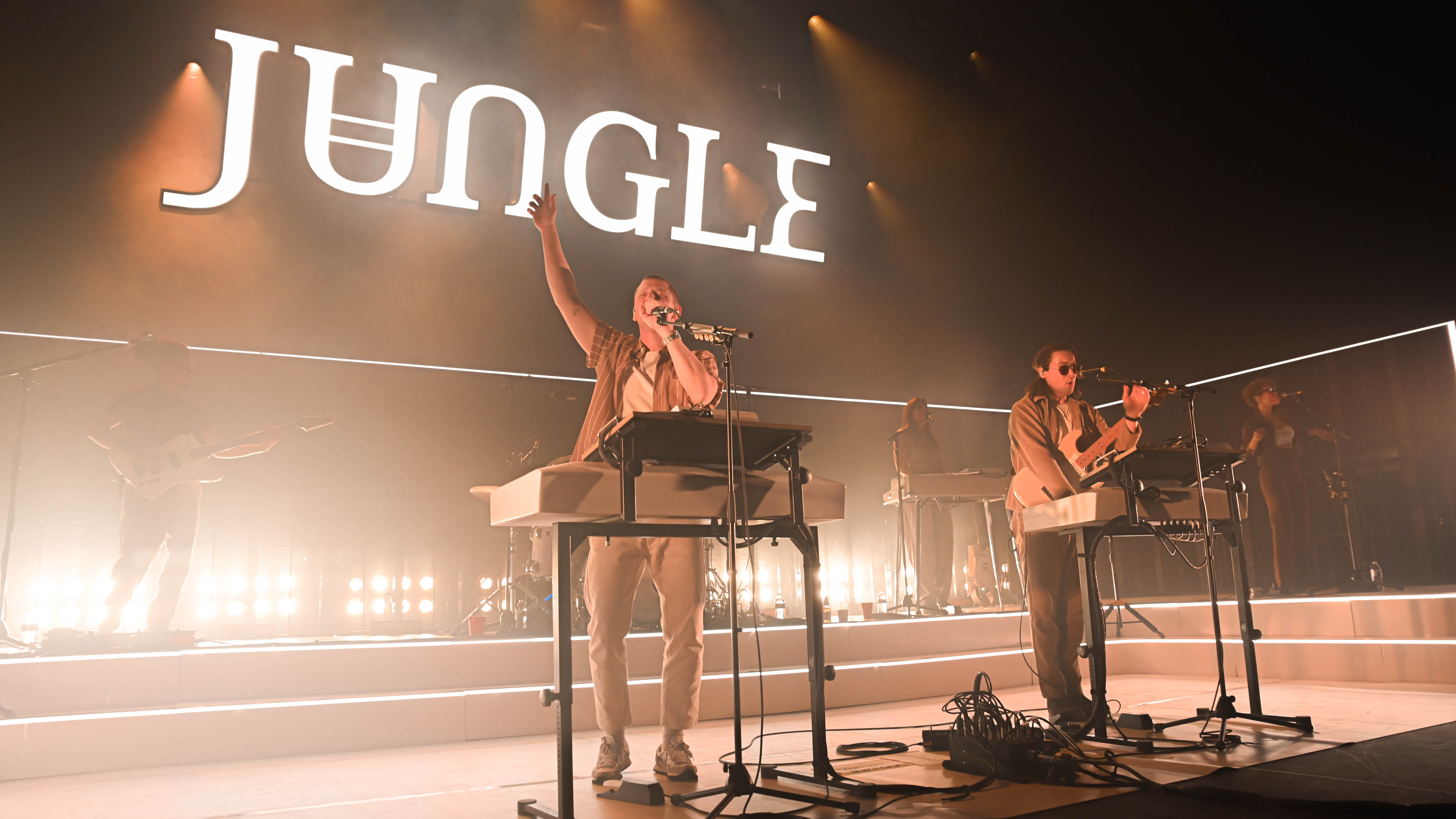 Before Jungle took stage, Blu de Tiger entertained the crowd with warm bass-lines and sing-along anthems. She took the opportunity to rock out at every given moment. Long wavy hair flung back and forth as she pounced around stage, slapping the bass. More-so, there was no shortage of guitars — rather every song had an irresistible rhythm to it. Continuing on, bandmates took turns shredding on their respective instruments. Guitar, bass and drum solos assisted in filling the 30-minute set leaving the crowd feeling impressed with the dynamic musicianship. Musical parts weren’t just played, each instrument shined its own distinct personality. Energy felt vivid with songs requiring you to shout alongside Blu De Tiger. She brought feel good energy and no one could resist it.

After a set change, Jungle turned it up a notch by opening with “Talk About It” from their latest album, Loving In Stereo. The high octane song sparked a fuse of energy within Mission Ballroom. “Keep Moving” followed in the setlist and that’s exactly what the crowd did. In fact, no one ever stopped moving. The charisma of the UK duo was infectious. Although not known for their dancing, they felt the music and gave it their best go, setting the expectation for fans to do the same. From the first drum beat, Jungle had the audience in the palm of their hands. 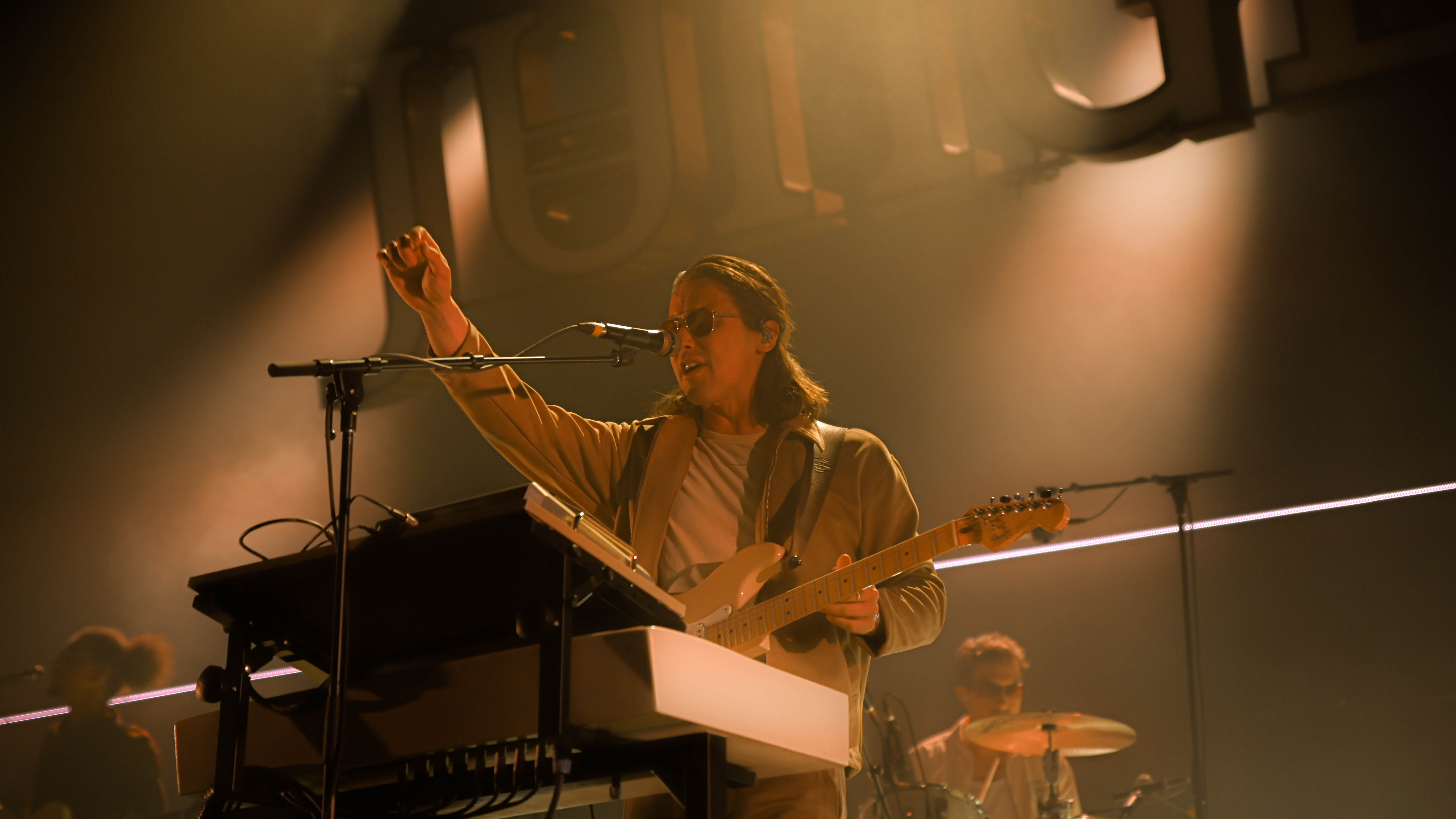 After the rush, Jungle settled into a disco infused portion of their set. Songs felt light, hopeful and full of joy. During this section, a disco ball lit up the room leaving the crowd in a glorious trance. The shimmering disco ball acted as a sign to let go and leave your worries behind. “We’re gonna party like it’s the weekend,” exclaimed one half of the duo.

The show continued with a mid tempo groove which created a coolness to the show. Although outside felt like autumn, inside felt like summer. Jungle transported the crowd to a new glimmering reality by embracing a ‘70s theme. Energetic fun was produced through dance-floor hits celebrating the best parts of music. Even on a Tuesday, the crowd was present in the moment. The warm bass-line and groove came together to fabricate the notion of an endless summer where the party never stops.

Even after the highs, the lows didn’t feel so low. They felt like an interlude to the next portion of the show giving the audience the chance to grab another drink. It was playful and emotional but not too emotional. Jungle balanced emotion and fun, keeping things effortlessly cool. During this section of the show they noted  that it’d, “been a fucking journey to get here,” because they’ve played in areas of Colorado like Fort Collins however, this was their first time playing in the city of Denver. 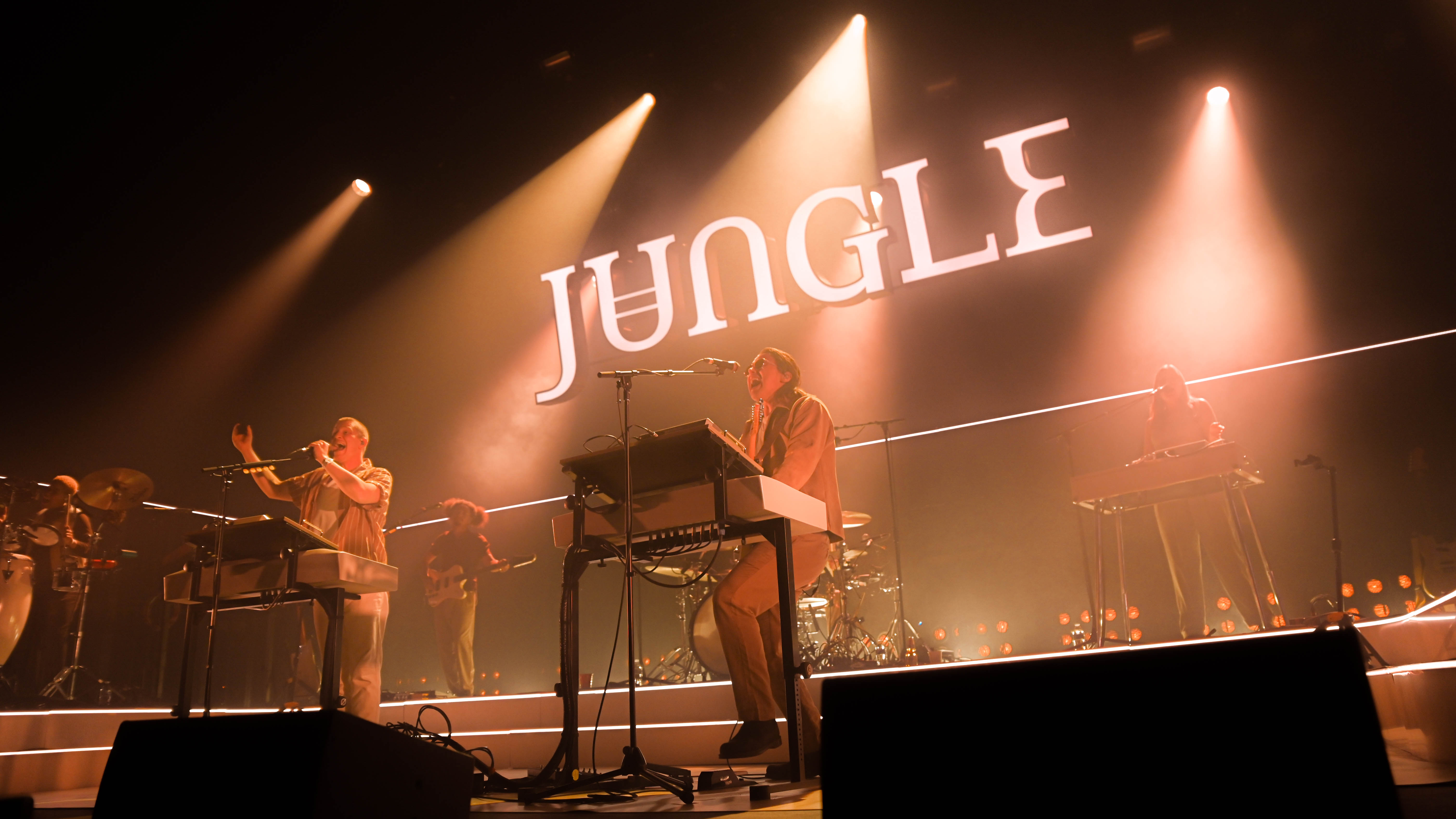 In addition to the ‘70s theme, Jungle was able to infuse diverse musical elements into their show. “What D’You Know About Me?” was an experimental blend of funk and punk which begged the question, ’what d’you know about me?’ on and on and on. Flashing lights and pulsing drums left the audience in awe. Following the trance, Jungle snapped us into a feeling of nostalgia with their song “All of the Time.” The modern spin on nostalgic funk sat perfectly on the setlist due to its easy listening nature. The crowd would give a roaring cheer before the band stepped off stage for the final portion of the show.

The show concluded with “Busy Earnin’” and “Time” which brought the show full circle with their relentless high energy. The seven-piece band would close with a spectacular and lengthy instrumental session giving the crowd everything they had left. Jungle helped Denver escape from the harsh realities of the world into a soulful — ‘70s disco inferno. Through energetic grooves and fun songs, Jungle was able to create space for fans to experience more joy and less worry.