A calm, temperate Monday evening set the mood for one of the all-time greatest hip-hop and R&B artists to grace the Mission Ballroom stage. Sometimes known as “Badula Oblongata, Sara Bellum, Manuela Maria Mexico, Mary Magnum, Analog Girl in a Digital World,” but always known as the queen — Erykah Badu served Denver one powerful and dignified performance, for one night only. With a full band and back-up singers to support her profound artistry, Badu showed the sold-out crowd just how gracefully a 30-year career can age. 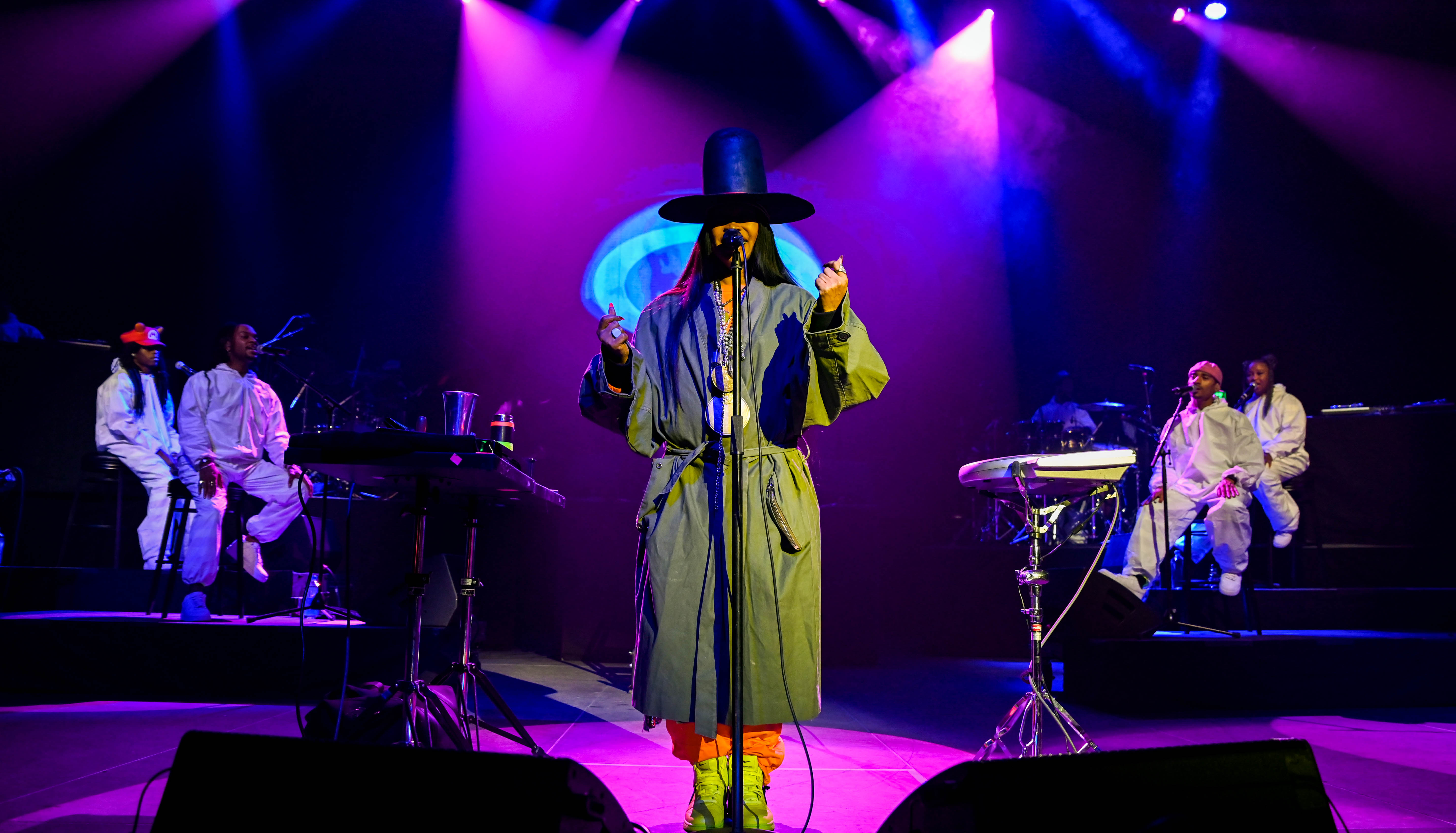 Opening with a lengthy duel drum solo to hype the crowd, back-up singers dressed in what looked ironically like hazmat suits started in on vocals as fans patiently awaited the arrival of their leading lady. Dressed in a deep green trench coat and one of her iconic top hat, Badu coolly took to the stage and placed herself down front between a keyboard and a drum pad. Slowly and steadily she led into a fitting “Hello” that left the crowd roaring with applause. 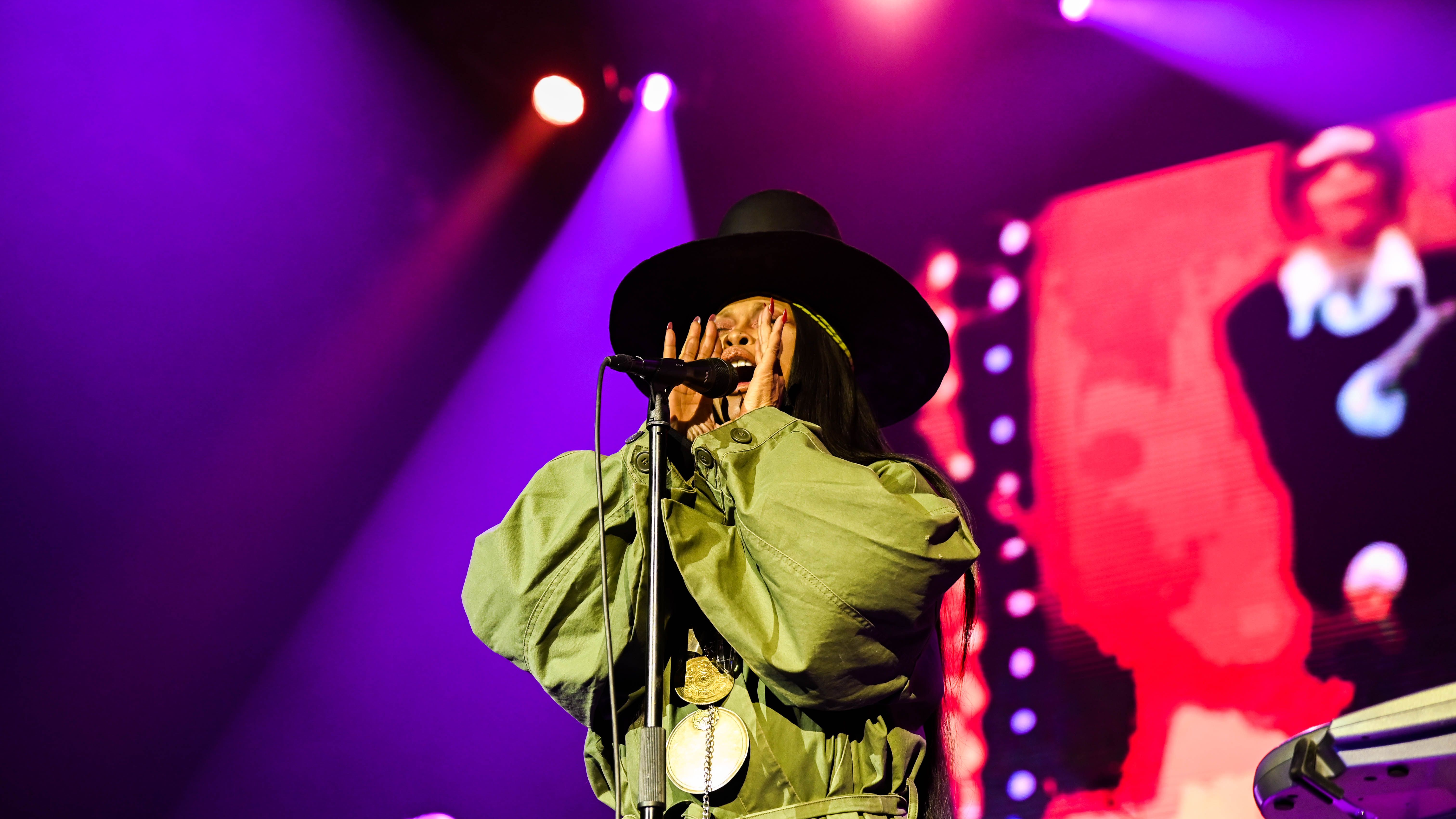 Following an appropriate greeting came introductions, with Badu offering peace and love and asking her sisters and brothers, “how y’all feeling?” before giving a shout-out to Colorado and “those puffs.” Badu then made it clear she had one rule for the evening — mind your business — which led into her own rendition of Faith, Hope & Charity’s “To Each His Own” and asking the crowd to repeat-after-her, “make it your business to leave other people’s bitches alone.” Now heated up, Badu moved back into the music with “On & On” and a smooth transition into “…& On,” followed by “Love Of My Life.” 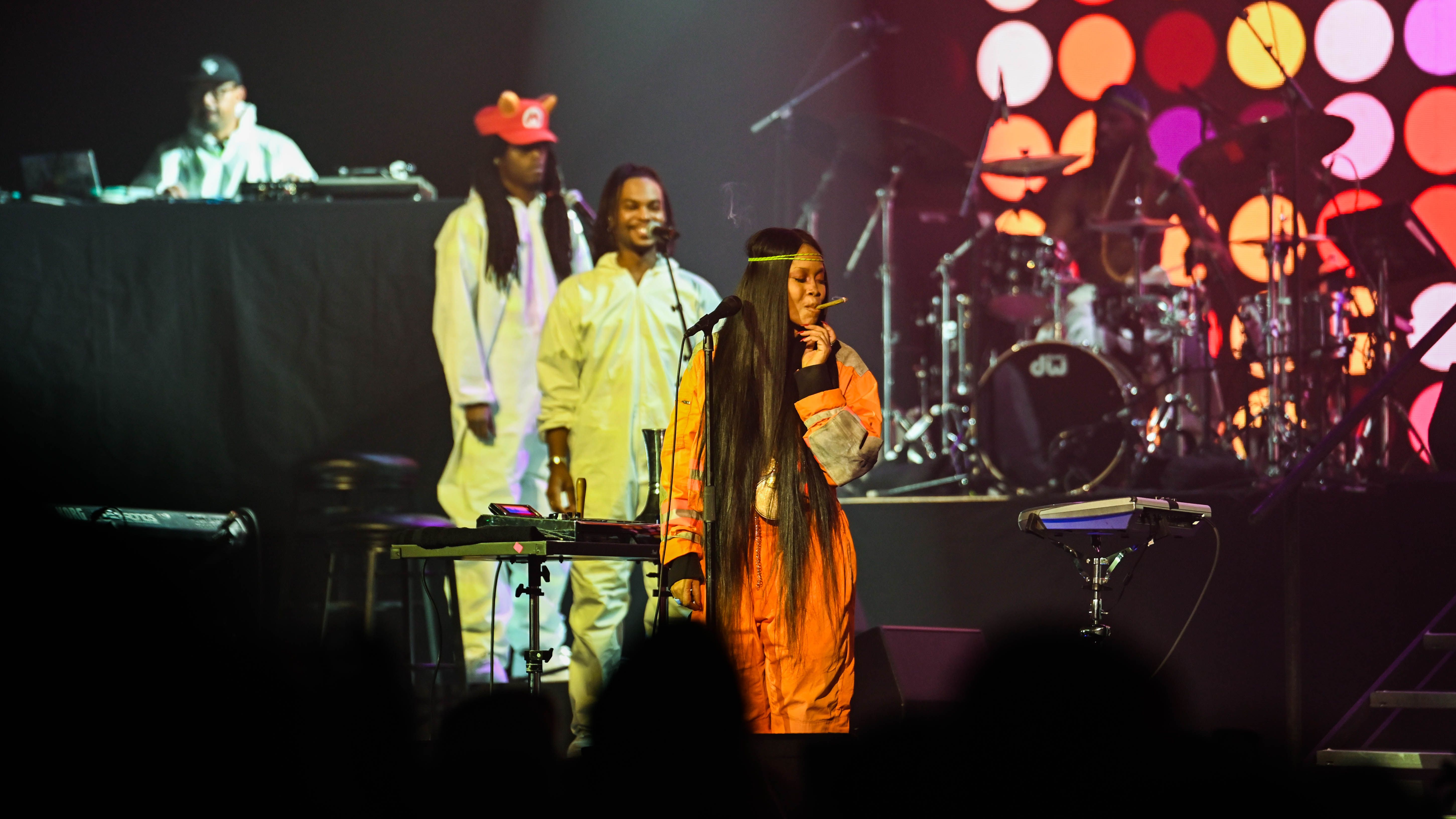 After a brief costume change into a neon orange track suit, the godmother of soul returned to the stage with a performance of “Other Side of the Game.” Then came a roll-call where Badu asked fans to represent their decade — ’60s, ’70s, ’80s — and made a special announcement for the “’90s babies” who were born in the same decade of the release of her triple-platinum album, Baduizm, and the group she’d been waiting to “grow up.” More than gathering together four generations, Badu and her music strove to transcend race, religion, color, creed and sexuality, and proof of that success was exhibited in abundance at Monday’s show.

The remainder of the evening was a throwback dance party, full of nostalgia, sensuality and good vibes. “Appletree” was accompanied by some heady visuals on the big screen, while “Back In The Day” led a crowd-wide sing-along. “I’ll Call U Back” and “Bag Lady” slowed things down just as “Honey” picked the tempo right back up again. The lady Badu then boasted her poetic sensibilities with the opening of “Out My Mind, Just In Time” to bring the show to a near close. From there, she declared, “Denver, you know what time it is” and went into the fan favorite “Call Tyrone” as an encore. One last repeat-after-me “mind your business” chant came to finish out a sensational performance from Erykah Badu, hitting countless high notes and yet leaving more on the table for the next time the queen decides to grace us with her presence.