When you first enter Beacon, expect your jaw to drop and your eyes to light up. Walking into this space is the equivalent of walking into your wildest dream where creativity and futuristic thinking collide to create an experiential, playful and thoughtfully designed world.

The Beacon, the brainchild of two longtime friends and now business partners Robert Champion and Mario Nocifera, is set to open its doors in October 2021. Beacon is an immersive art and dance bar born to light up the RiNo neighborhood by curating a space with deep intentionality. They chose to name the space Beacon since it’s a light at the end of the pandemic where people can regather for a collective and transformative art and social experience after almost two years of being trapped at home. 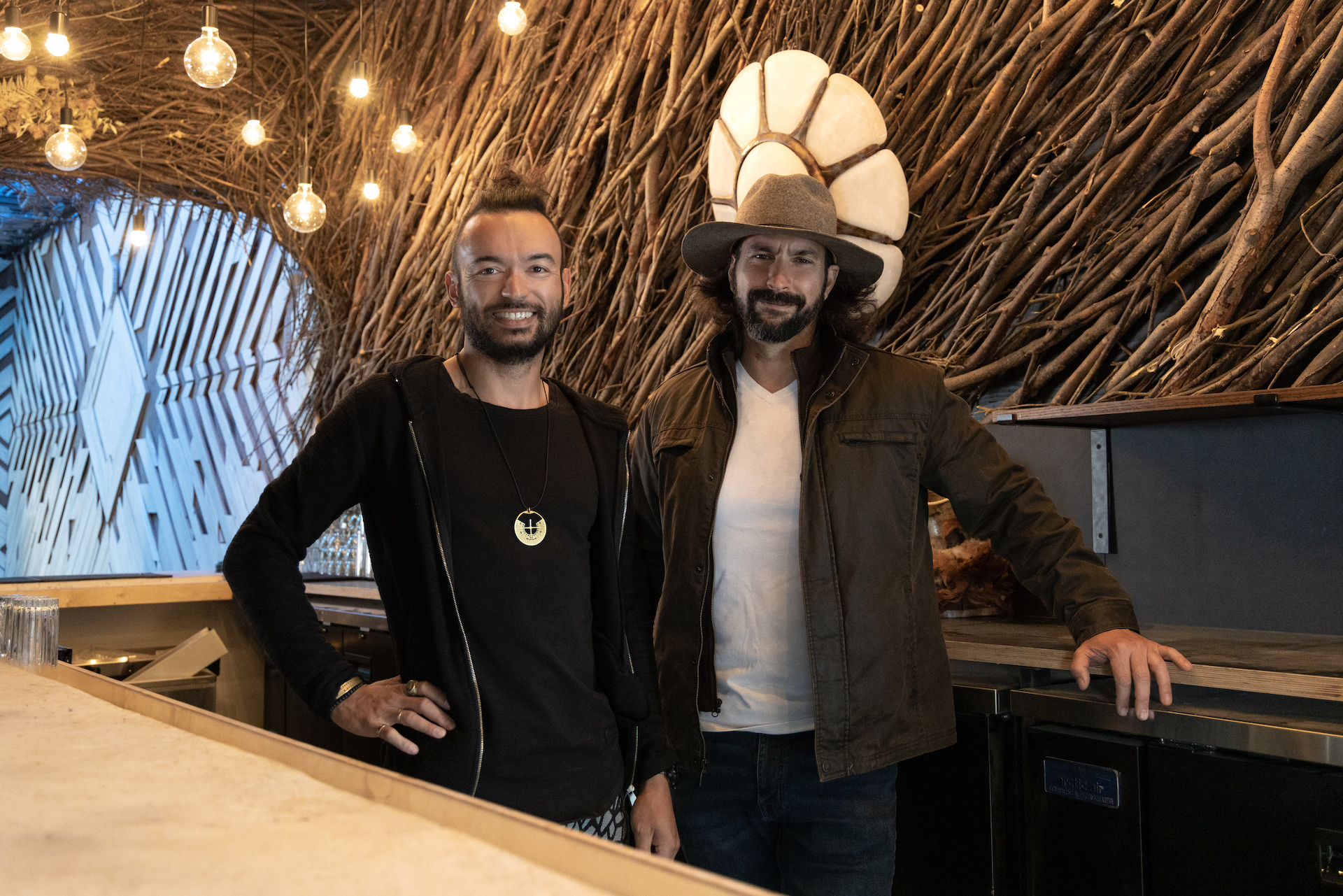 Champion and Nocifera are no strangers to the hospitality and service industry — each bringing 10-plus years of diverse experiences in food and beverage management and hospitality ranging everything from coffee shops to nightlife in cities touching every corner of the U.S.

Champion and Nocifera were introduced by mutual friends when they first moved to Denver and then coincidently found themselves at the same party within 48 hours of having been introduced. The two felt so grateful to have found their circle of friends that quickly became family, they decided to create a space that fostered the same sense of connectivity, inclusion and creativity. Champion, devoted to bringing groups of people together, says, “The intention behind Beacon is to make community accessible to others looking to find their people.”

The goal behind creating a bar as unique as Beacon is for it to act as a “conduit for creativity,” as Nocifera described it. And what better place to bring their vision to life than Denver’s already booming art district, RiNo? 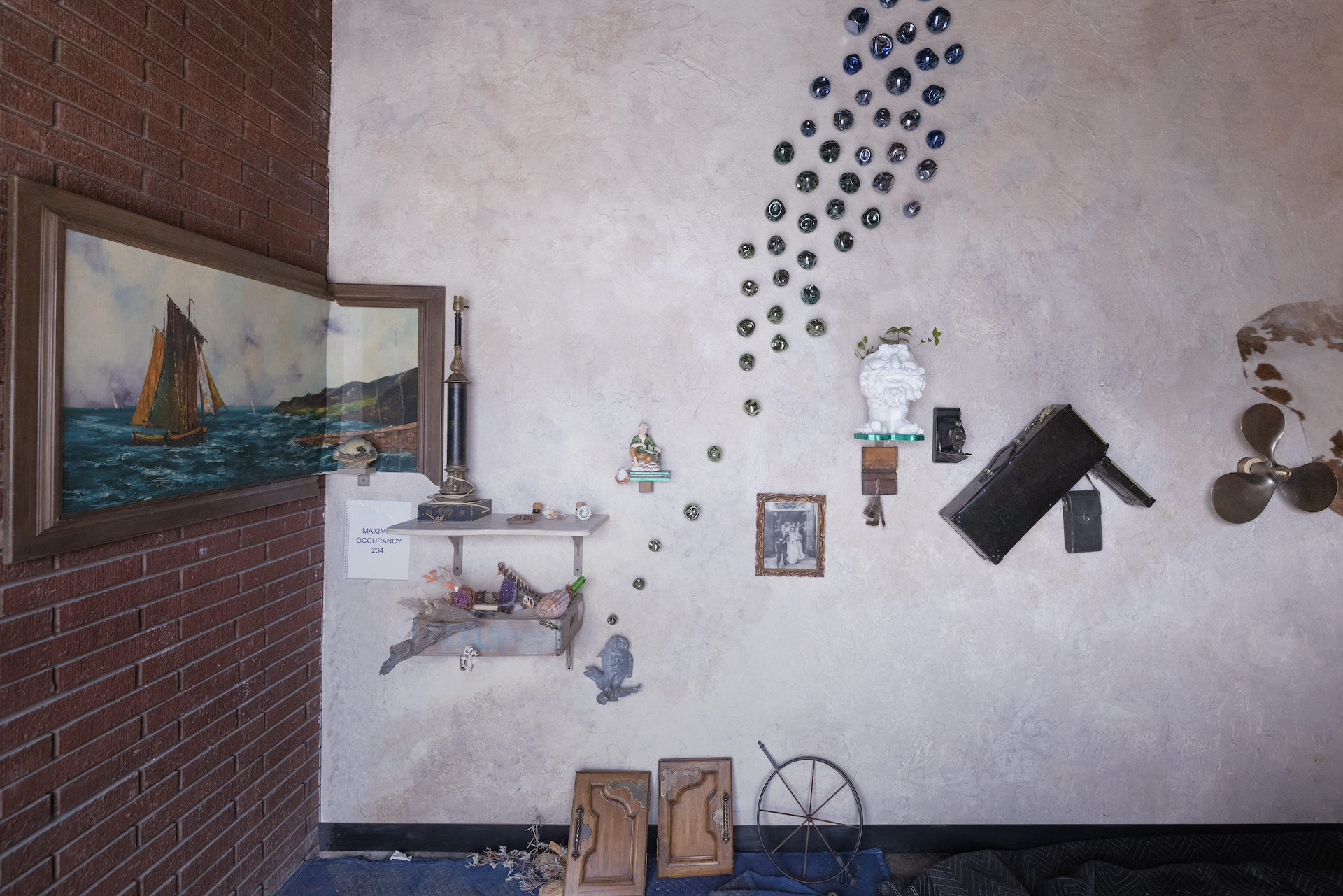 Located right next to a RiNo favorite, Crema Coffeehouse, the Beacon will contribute to the vibrant art and culture scene that flows throughout Larimer Street. The intention is for both artists and patrons to be welcomed into a space where they’ve fully emerged into an inclusive world that fosters meaningful connection. They contracted over 30 artists to ensure the space is covered in art from head to toe largely because as Champion put it, “Drywall is boring.”

The duo pulled inspiration for this one-of-a-kind concept from their experiences in cities like Tokyo and Tulum, festivals like Burning Man and places like Meow Wolf. The main bar will sit under a jungle-themed tree and the dance floor will be toward the back of the space and is intentionally designed small and brightly lit to encourage close, but visible connection. The lounges will follow an Alice in Wonderland theme and take guests on a trip to the Hived Mind. The founders felt as though the only thing that other Denver immersive art experiences were missing was a drink in your hand. The bar will offer beer, wine and spirits to make the crowd comfortable and open to this journey.

Several local artists are putting the finishing touches on their art installations and sculptures prior to their two grand opening parties in October. As Champion said, “Why have one party when you can have two?” The two parties vary in music performers, but the vibes will be high at both events which is a promise that Nocifera, the self-appointed senior director of high vibes + big smiles, does not take lightly.

The Beacon is located at 2854 Larimer St., Denver. You can purchase tickets to both grand openings or donate to their fundraiser benefiting local artists here.

The official grand opening parties have been postponed due to construction delays and will be announced as soon as possible.