Review – Hall & Oates Prove They’re Far From Out Of Touch

Every living human over the age of 20 has heard a Hall & Oates record — knowingly or not. The soft rock superstar duo staked a firm claim as a ’70s hit-making machine. Then, they took that title again when, at the turn of the decade, they dropped Voices. This album is believed to be their most important for a number of reasons. It represents a clear and defined pivot in the pair’s sound and style. Show-goers readjust in their seats following an apropos opening act by Squeeze, and the lights turn back on. 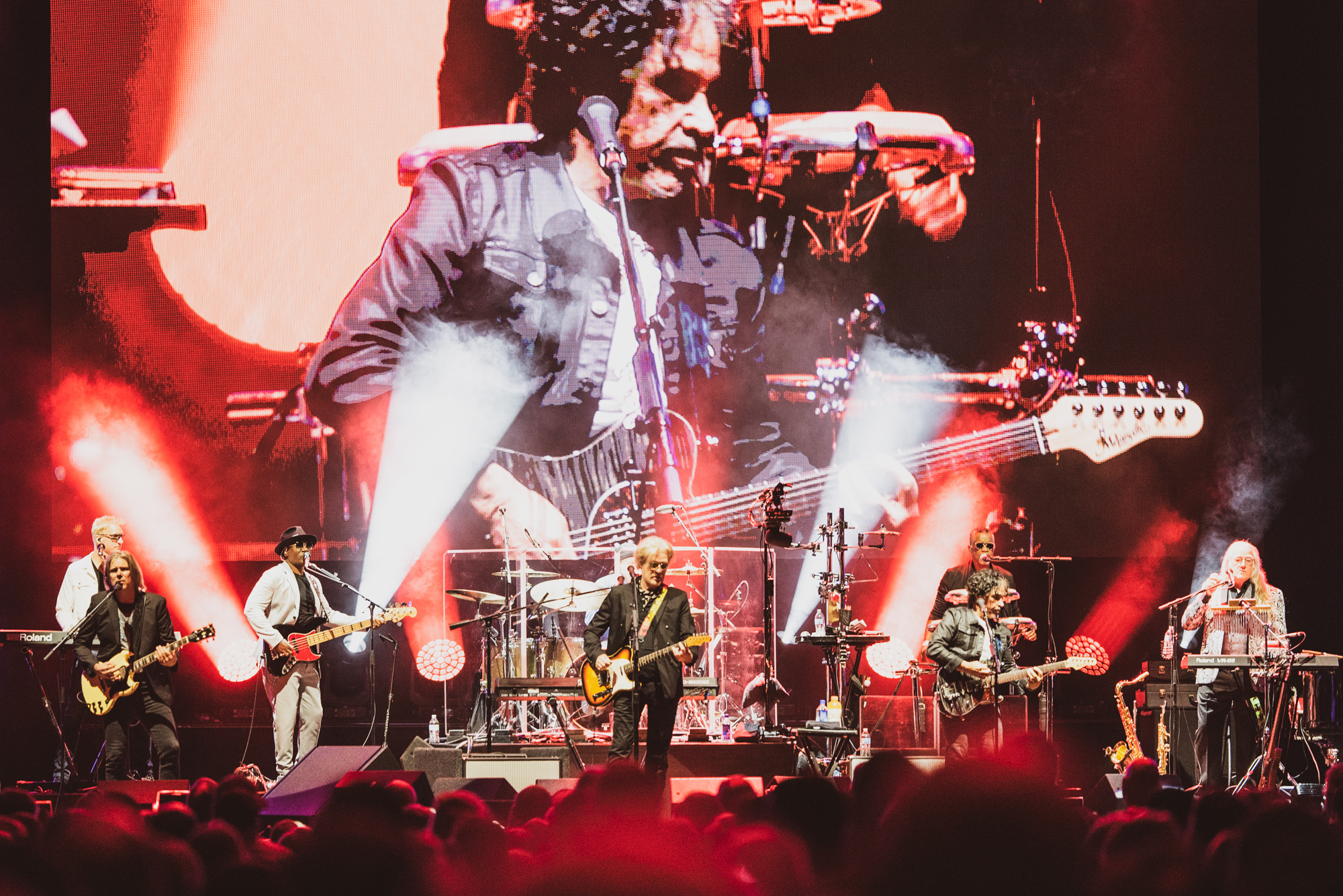 One can’t help but notice how easy it is to identify which side of the decade-turning “pivot” each fan falls on. There are middle-aged couples dancing and sporting band t-shirts, waving their heads like they still have an ’80s mop-top. These are your fans of Hall & Oates’ “pop-rock savant” era of the ’80s. You’ve also got calmer, slightly older fans sitting peacefully, sporting collared shirts, with their hands clasped — swaying to whatever beat is on the intercom. These are your fans of Hall & Oates’ “soul ballad” era of the ’70s. Don’t be mistaken though, fans of either side of the coin would cross over into the other’s end. After all — Daryl Hall and John Oates are chart-toppers of the catchiest order. The moment the video board begins playing the intro segment, fans of all ages explode from their chairs in unison.

The two open with “Maneater.” The H20 anthem is a perfect choice for the first song. Stage lights paint the floor seats in red beams. Their do-it-all instrumentalist, Charles DeChant, cuts the track in half with one of his better saxophone solos across the group’s library. Does Daryl Hall have quite the same singing chops as his heyday? Of course not, even if he’d tell you that, but it doesn’t matter. For one, that’s nearly impossible to maintain. Secondly — and most important — he sings with as much passion as the golden years.

They move further into the ’80s — chronologically and sonically — with back-to-back records from Big Bam Boom. “Out of Touch” (their very last number one hit) and “Method of Modern Love” are back-to-back on their respective albums, so the duo treats it that way. “Method of Modern Love” is jumpy and alive, and the crowd gets more and more comfortable as the show goes on. It’s after these two records, the band decides, that going back to the seventies is ready to happen. And they do it so, so well.

Daryl Hall needs his microphone levels just right. All night, he urges the sound tech team to move them up and down. It seems that as soon as “Sara Smile” begins — and the crowd erupts — his vocals land in that perfect spot. He finds that one-of-a-kind voice, deep in his bag, for the two’s most recognizable slow jams by far. Their early era isn’t quite done yet: when John Oates says “we’re gonna stay in the seventies a bit longer,” the crowd cheers so furiously, you’d think Hall & Oates just fired up a time machine on stage. They play into “Back Together Again” — an anthem that really allows John Oates to show his pipes off. Of all the songs throughout the concert, this one’s light visuals are the best. This record has always been a personal favorite and judging by Oates demeanor, one of his as well. It’s thoroughly jazzy and fluid, and serves as a true staple of its decade of origin. 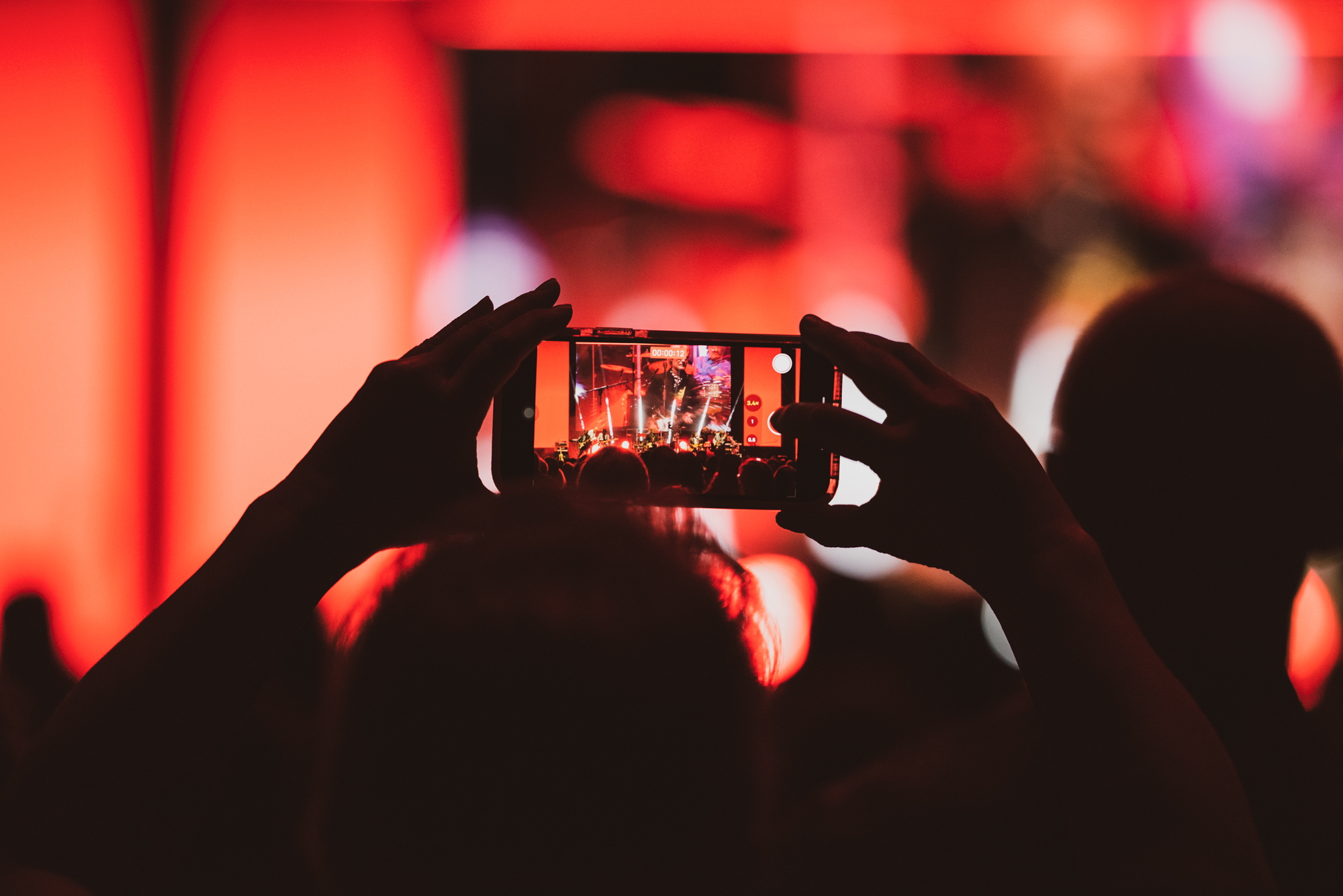 Another hit follows: “I Can’t Go for That (No Can Do).” Thus enters, by far, the coolest keyboard riff in the history of keyboarding. Late into the show, Hall & Oates break out — by a longshot — their two biggest hits. These are the ones that, despite your knowledge or lack thereof concerning the musicians, you know these two. “Rich Girl” is as fun as it was the day it came out, and “You Make My Dreams (Come True),” their audible career pantheon, has every person in the Ball Arena shouting the lyrics to perfection.

Daryl Hall and John Oates must be nearing the end of their tenure as performing musicians. It’s inevitable. If nothing else, their current tour with Squeeze is a fun reminder that if you’ve made enough of an imprint on the musical landscape of your time, those sounds never die.