We have all heard the saying that laughter is the best medicine. After a troubling year, the return of Denver’s beloved High Plains Comedy Festival just might be the prescription we all needed. The weekend-long festival is back for its eighth run on September 16-18, and locals are speculating it to be the comedy event of the year. 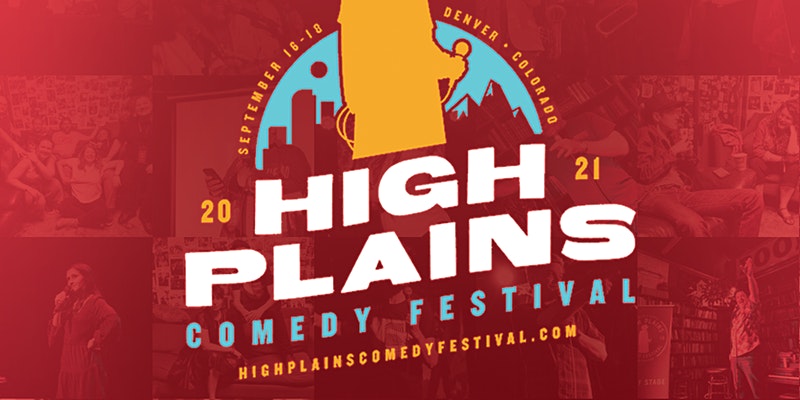 High Plains Comedy Festival founder and Colorado native Adam Cayton-Holland got his start in the world of stand-up back in 2004, performing at local venues around Denver. Since then, he has built an impressive resume of comedy credits, touring nationwide and appearing on shows such as CONAN and Comedy Central Presents. He co-created and starred in TruTV’s Those Who Can’t alongside his comedy partners in The Grawlix, and has released three comedy albums of his own.

While his comedy has taken him around the country, Cayton-Holland’s appreciation for the Denver comedy community is undeniable.

“Denver, for a city of its size, has a disproportionately funny, respected comedy scene, and I’m so proud of that,” said Cayton-Holland. “Because there is no true industry, like New York or LA, it’s just funny for funny’s sake. It’s just, ‘Do you make me laugh? Cool. I don’t care if you’ve been on TV.’ It’s kind of … pure.”

Despite the small, yet respected comedy community around Denver, there had never been an event to put it all on display. For many years, venues such as Comedy Works were the end all be all of Denver comedy. That was until inspiration struck Cayton-Holland while performing at Bridgetown Comedy Festival in Portland, Oregon.

“It was Indie comedy, more like a music festival,” he explained. “All the venues were close together; you could watch one set here and then run across the street and catch another set there. It was sort of the intelligent, alternative comedy my friends and I were drawn to. I was immediately like, ‘Denver needs this.'”

Thus, High Plains Comedy Festival was born. With the help of executive producer Karen Wachtel, the show was an instant success right from its start in 2013. Their team has watched the event grow over the last eight years, hosting more comics and more attendees each year. 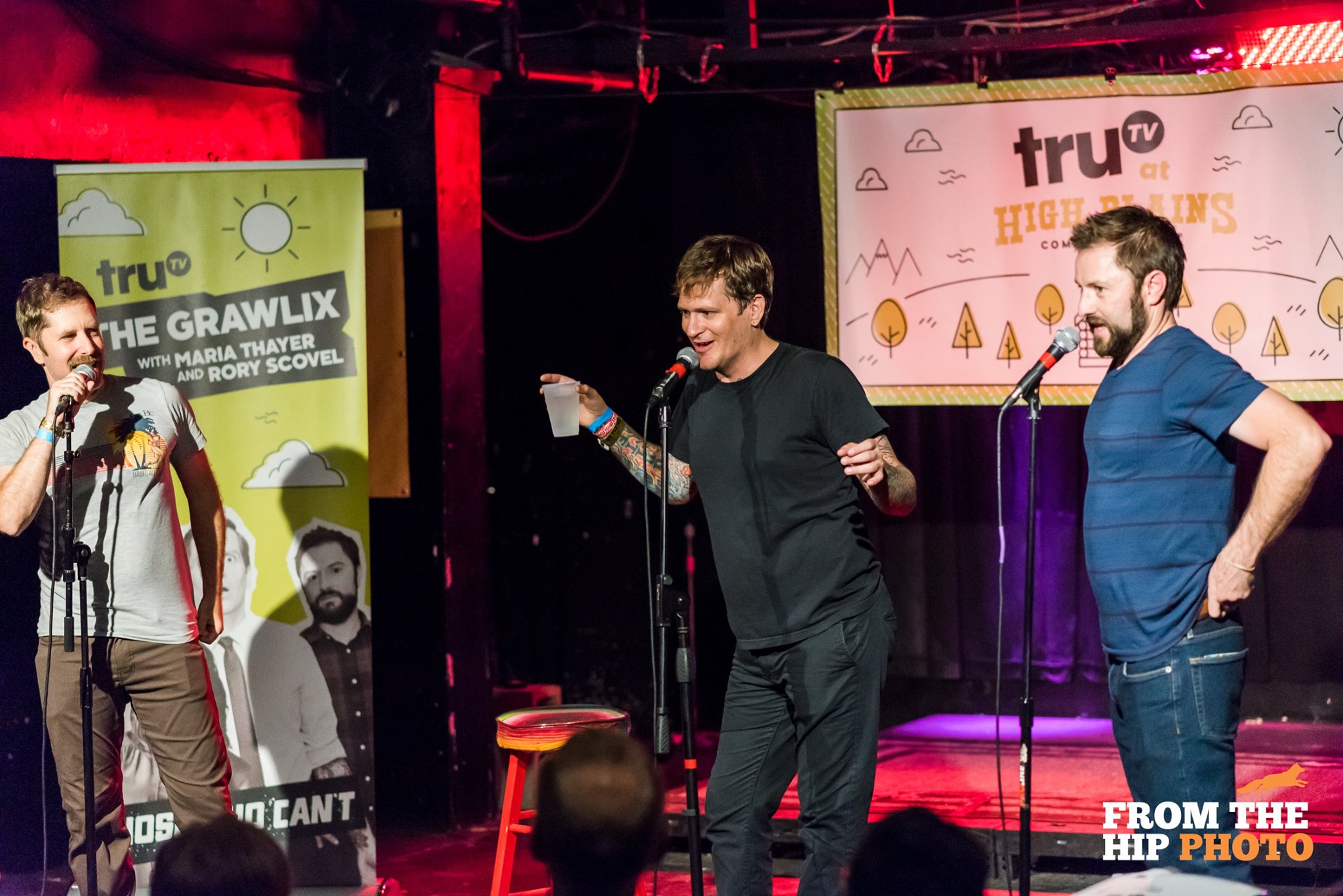 Through his comedy connections, High Plains has been able to host some of the biggest names in comedy, including T.J. Miller, David Cross, Nikki Glasser and Pete Holmes. The 2021 lineup will be no exception — their headlining shows includes The Dollop Podcast, Megan Gailey, Liza Treyger and Matt Braunger.

“We call it comedy summer camp. A lot of these bigger comics come to see all their friends. It’s shorter sets and really no pressure. It’s just a fun hang out for the comedians more than anything,” said Cayton-Holland.

But along with the bigger names, High Plains Comedy Festival puts the spotlight on Denver’s most talented local stand-ups. Wachtel and Cayton-Holland recruit their local talent through open mics and comedy shows throughout Colorado, finding the best up-and-coming talent the state has to offer.

“What I’m proud of is that we pull showrunners, about 18 of them around Denver and Fort Collins, and we are like ‘Who should we know about?” Cayton-Holland explained. “We ask people who have boots on the ground, ‘Who’s out there? Who’s funny? Who’s impressing you?’ and it’s allowed for enough of the repeat locals, but a lot of new people to get in, too.”

With this year’s line-up holding over 100 performers, over 50 of them are Colorado-based. This year’s locals list brings in the talent of Hayden Kristal, Harris Alterman, Katie Bowman and a number of other hometown favorites.

Former Colorado-based comedian Justine Marino will be making her return to the High Plains stage for the first time since 2017, and she is eager to get back.

“It’s a killer fest,” Marino said. “Adam and Karen always get the cream of the crop in terms of comics, and they certainly know how to do an after party. I’m excited for all of it, but I am most stoked for hugs!”

While the veterans know what to expect from the weekend, the newcomers seem just as excited. Local stand-up Alec Flynn will be making his first appearance at the festival this year.

“Getting picked for this festival is a huge milestone for me. I’m eager to show what I can do on a big stage, but I’m most excited to hang out with wicked funny people I’ve seen on TV,” said Flynn. “I’m already practicing my small talk. I’m thinking I’ll open with, “So this COVID thing, you’ve seen this … you’ve heard about this?” 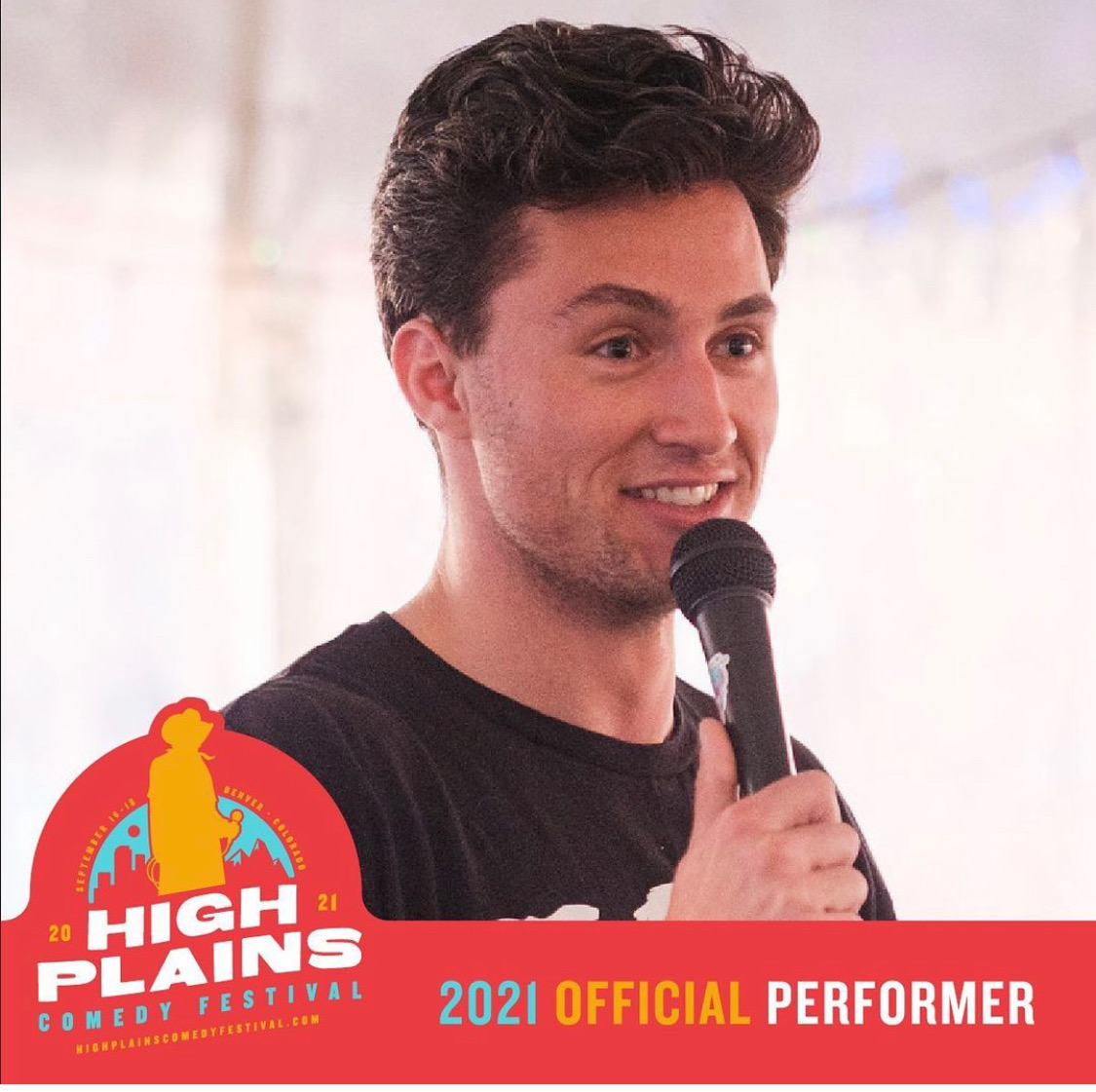 Going into what would have been its ninth year, the excitement leading up to the 8th Annual High Plains Comedy Festival is unlike any other year before. After a year hiatus from live comedy, performers of all statures are simply eager to get back on to the stage.

“Everyone is super pumped about this year to get back. Certainly, for the Denver comedy community, this is the party of the year. Everyone was really missing it,” said Cayton-Holland.

The 8th Annual High Plains Comedy Festival will be held September 16-18, 2021 at numerous venues on South Broadway and Paramount Theatre. All performers, attendees and volunteers will be required to show proof of vaccination before entering. Festival schedules, tickets to the headlining show, and information about individual ticket sales can be found at highplainscomedy.com.