The Story of TLAXIHUIQUI, A Breakout Album From A Colorado Prison

The lives of incarcerated individuals are rarely seen and heard, particularly on their own terms. In the few and far between circumstances where they’re given a voice, it’s behind the lens of entertainment and intrigue — a cautionary tale of consequences in the face of the criminal justice system. Often clad in impenetrable jumpsuits of an array of hues — high viz oranges to muted sea moss green and startling navy blues — these men and women become faceless byproducts of a system idealized for keeping their demons in and the thought of their own remorse and redemption out of the public conscious. There are good people in the world as there are bad people, and there are a lot of confused, scared and misunderstood people in the middle, and they’re all grouped in a prison bearing the weight of the mistake that landed them there in the first place. Everyone has a story behind bars but far too few have the opportunity to tell it.

Located in Cañon City, Colorado is Territorial Correctional Facility. Opened in 1871, the facility served to lock away criminals as settlers colonized the West. In this unlikely location, a more unlikely album was born from the first-hand narratives of the very inmates society has locked away for a number of transgressions, even murder. In fact, it’s the first time in 150 years where music and voices from the inside has made their way into the free world. The album, TLAXIHUIQUI, was created by seven incarcerated individuals including several serving life sentences, Native American and Black artists, a queer Jewish man, and a musician convicted of five counts of murder. Translating to “the calling of the spirits” in the Uto-Aztecan language of Nahuatl, TLAXIHUIQUI represents a glimpse into the prisoners’ road to redemption. 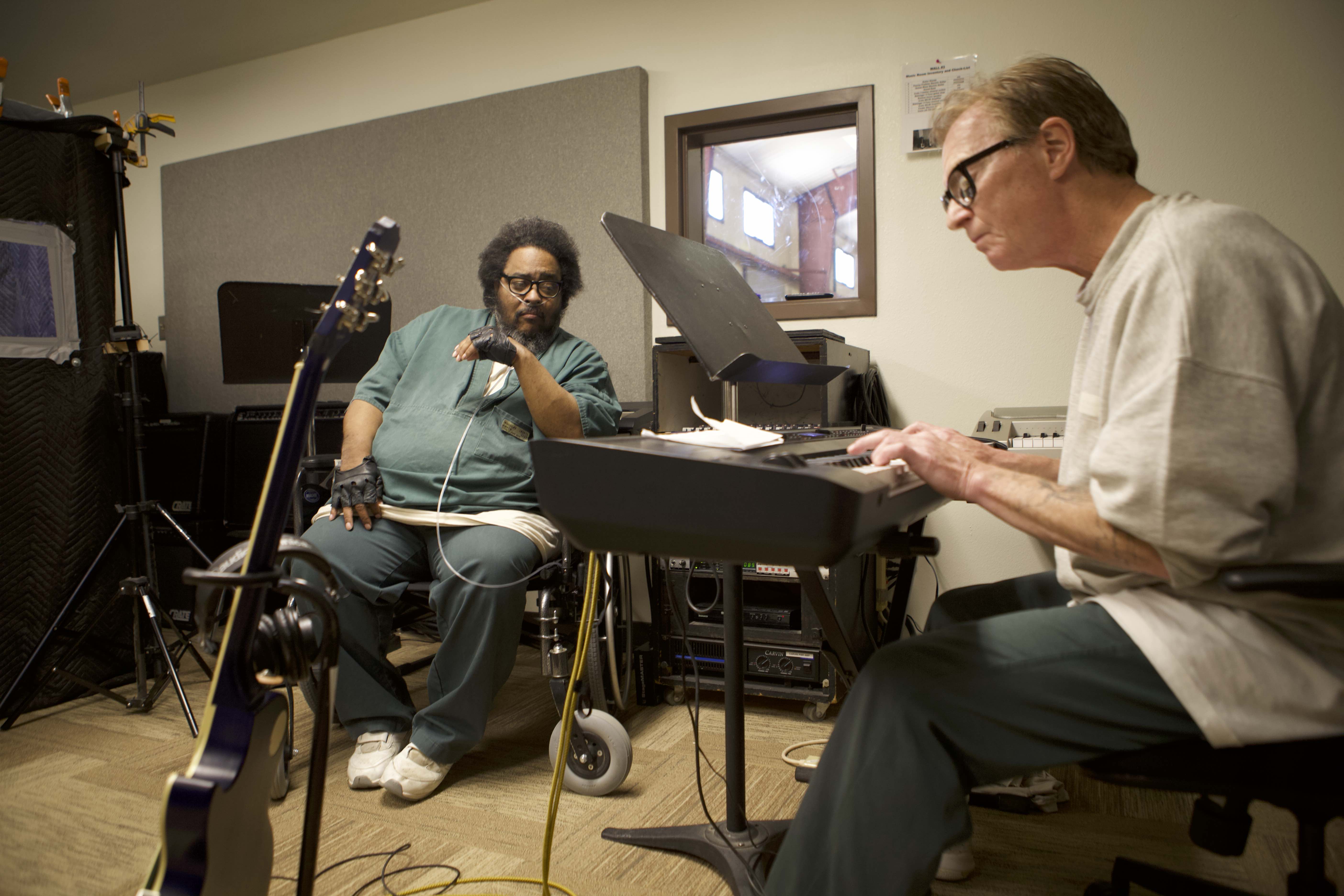 Facilitated by Die Jim Crow Records, the first non-profit record label for currently and formerly incarcerated artists in United States history, TLAXIHUIQUI traverses diverse life experiences to create a “prog-Americana” record that incorporates indigenous Nahuatl chant, blues, and hip hop. The record began when CEO Fury  Young met activist Claudia Whitman at a conference, and her reference of musician Michael Tenneson, whom she’d known for twenty years and who was incarcerated at Territorial Correctional Facility lit a fire in Young to hear the unheard. Recorded in 2018, it took more than three years to bring the project to the masses, jumping through hoops to be able to record and then having the project delayed by the pandemic. The resulting body of work however is a uniquely American detour through the eyes of those held captive in the criminal justice system and the injustices they face therein. 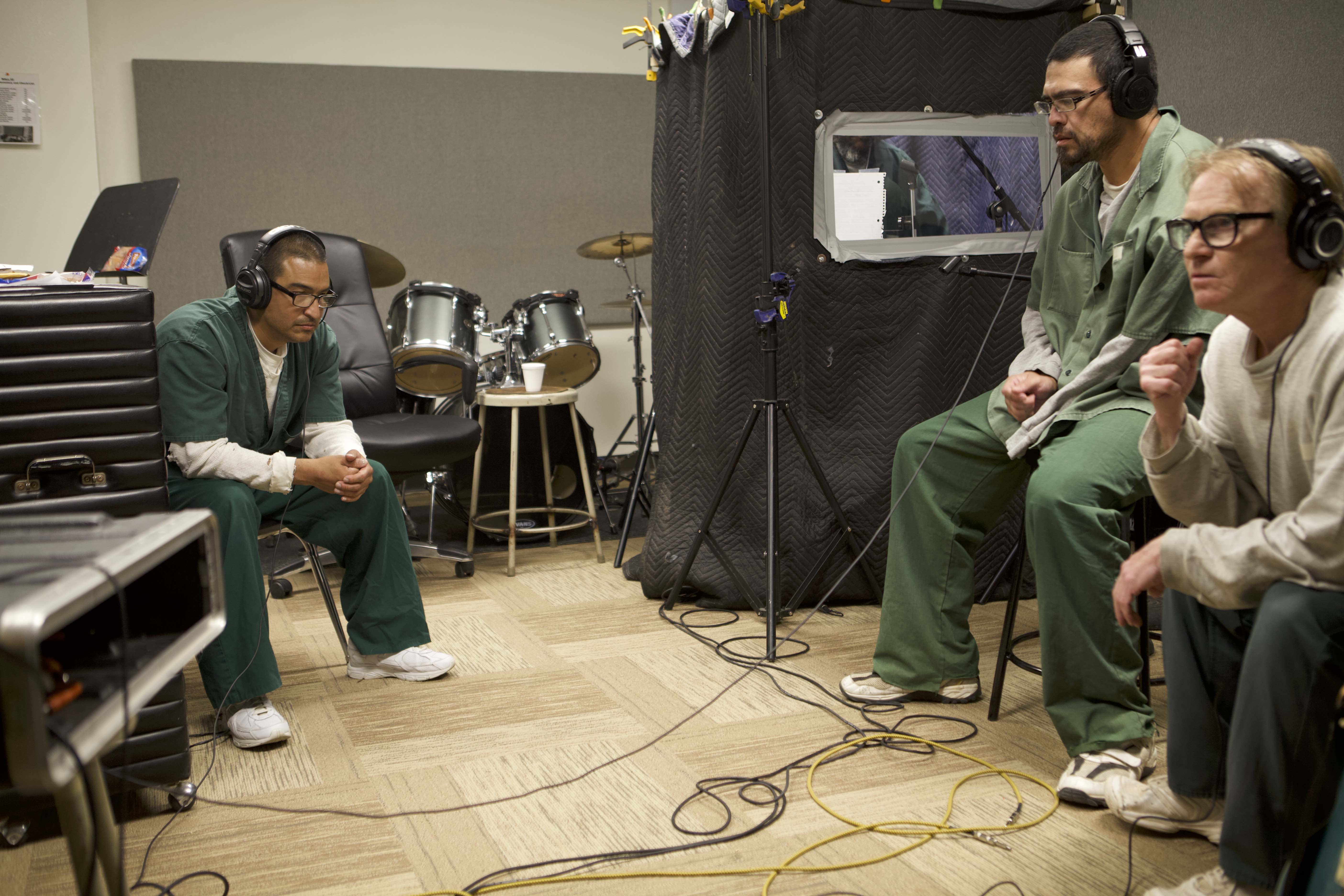 “It’s very hard to gain access to prisons, and around the time I was referred to Mike Tenneson, I’d been in gridlock with prison access since 2015,” recalled Young. “That year we’d recorded twice in an Ohio prison, and the following year released an EP, but it was seeming like that access was a fluke or something. So, I just kept plugging away, sending in proposals, trying to network with people who could help with access, and so on. Through sort of a chance meeting, I was referred to a fellow named Justin Jones who ran the Oklahoma Department of Corrections for many years. He took an instant liking to the project, as he’s a huge music fan and has a strong heart for prison reform, and offered to introduce me to current corrections directors who he thought might allow recording inside. 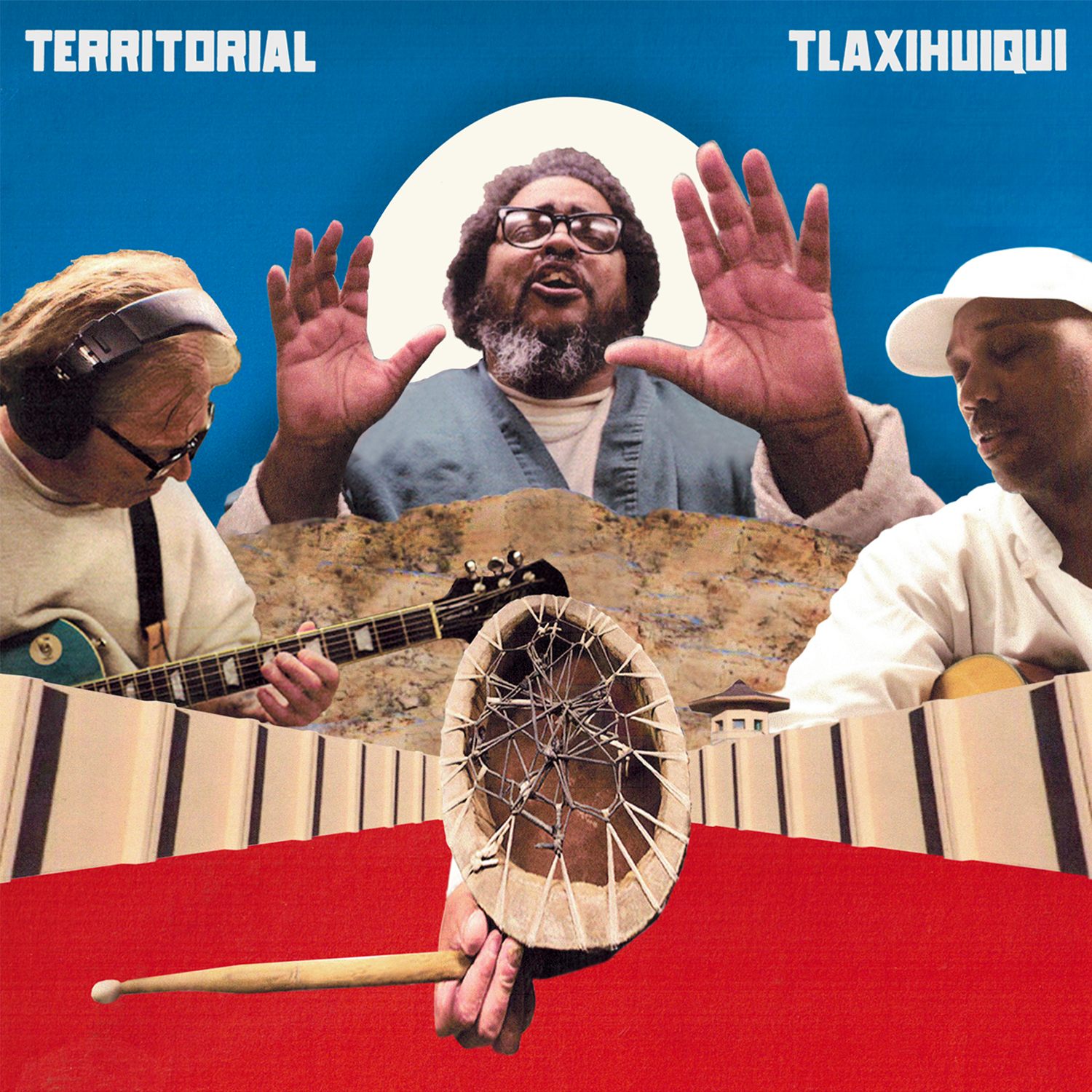 Young continued, “One of these folks was Rick Raemisch, who ran the Colorado Department of Corrections at the time and graciously allowed the project to go down. Once we got access, I coordinated a lot with Mike Tenneson in terms of getting other musicians involved, songwriting (he was the principal songwriter/instrumentalist), and logistical details like practice time and equipment access. Once we got to the prison a few months later (I gained access in December 2017 and we recorded in April 2018), the musicians were pretty well prepared and me and my co-producer/engineer dr. Israel recorded over a dozen songs in just four days.” 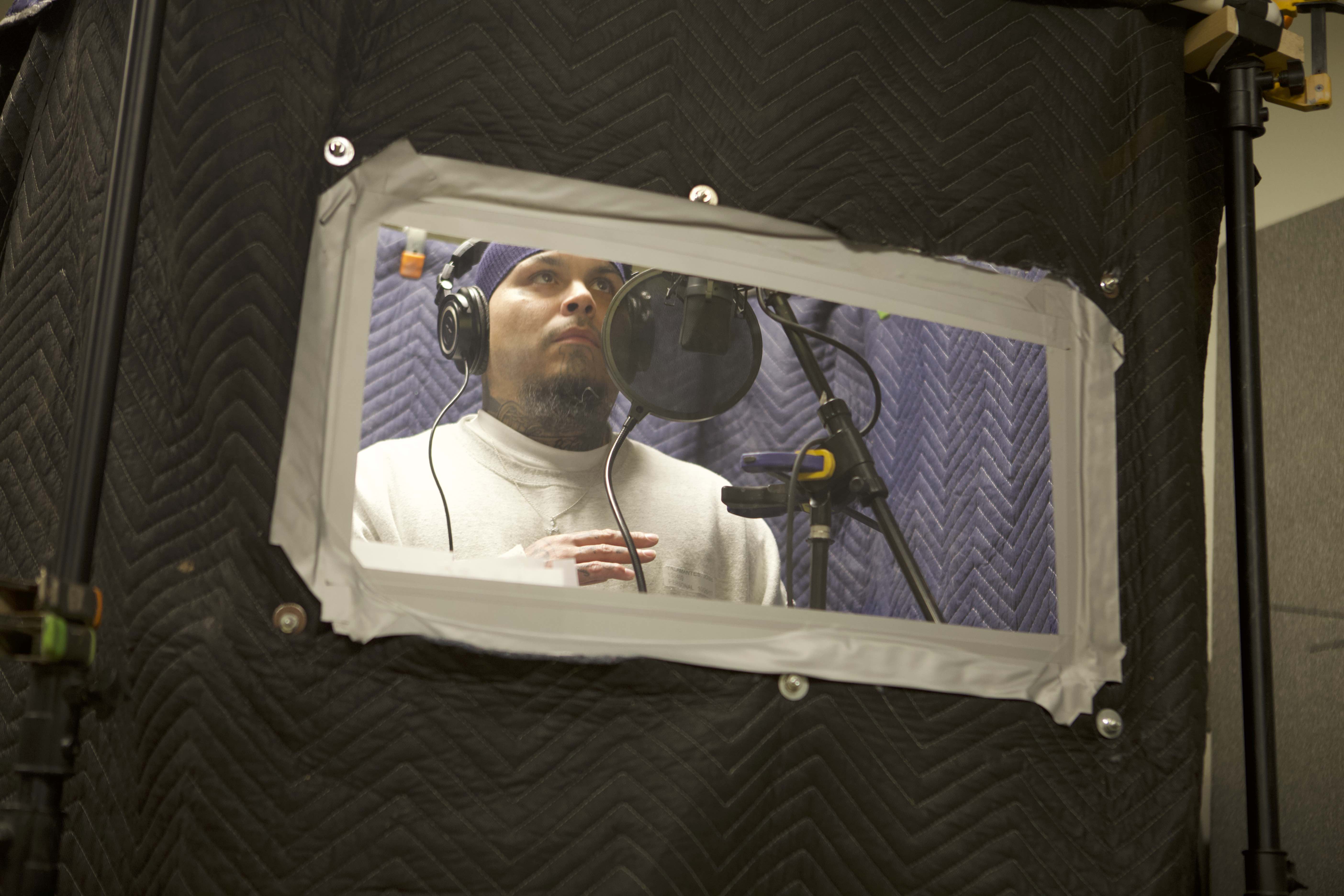 Calling TLAXIHUIQUI an ambitious undertaking is an understatement. The tracks that comprise TLAXIHUIQUI are as personal as they are electrifying, but most of all exemplary of a continuation of life, one that moves forward though contained. The album isn’t an expose on crime or a deep dive into a criminal’s psyche, rather the album acts as a door into these people’s broken worlds as they try to make them right, even if it means never making it out to the other side. There’s brutal self-reflection and remorse, as evidenced on “‘8788,” where the narrator examines how he sees himself in light of his sins and the pain he’s inflicted on others and culminates in a heartwrenching revelation of childhood rape that he himself was subjected to.  There’s no shortage of moments of redemption and reckoning, like the watershed gospel moment of album closer, “Holy Rain.” That said, TLAXIHUIQUI manages to reel in a long-held mission to create a record that illuminates injustice, inside and out of the criminal justice system from those experiencing it first hand. The project is devastatingly honest, powerful and stunningly self-aware all in the same breath — the purpose is perspective and a reframing of a prisoner’s personhood.

By and large, the most resounding note of TLAXIHUIQUI is the freedom it represents. The ability to raise one’s voice and to feel heard is a gift many of us on the outside take for granted but on TLAXIHUIQUI, there’s a liberation in every word sung and every note played. With the opportunity to speak one’s truth so seldom found in confinement, everything on the record is made to matter to the point where placing yourself in the walking shoes of an individual who has no choice but to stay put, isn’t simply the suggestion, but the assignment itself. It’s like they say, “the truth will set you free” and on TLAXIHUIQUI freedom sounds like a makeshift studio, a couple of instruments, years of pent-up emotions and a couple of voices to act as a vessel — freedom has never sounded so free.

All photography courtesy of Die Jim Crow Records. Check out TLAXIHUIQUI out now on all streaming platforms.