What do public transportation and polyamory — or Casa Bonita and social robots— have in common? Nothing obvious — and that’s exactly why the respective topics are paired together for Mixed Taste, a locally-loved production put on by the Denver Center for the Performing Arts.

The show, which is now running virtually and in person, is co-produced by Sarah Baie and Charlie Miller. “Mixed Taste is a lecture series where anything can happen,” said Baie, who’s also the Director or Programming at the Museum of Contemporary Art Denver. Each speaker talks for 20 minutes on their topic, then there’s a live question and answer session. “It’s special because it’s like weirdness and serendipity got set up on a blind date,” she added.

“Mixed Taste takes the joy of learning something new and marries it to the thrill of finding an obscure connection,” Baie added. “For example Wittgenstein and Hula Dancing? Turns out they are basically the same thing. Existentialism and Soul Food? How can you even define existentialism without soul food? Big Foot and Carl Jung? I mean, where do I even start?” July 28th’s show, “Forest Service and Lowriders,” featured watershed scientist Christina Burri, photographer and lowrider enthusiast Armando Geneyro, and poet Franklin Cruz.  No connections between the topics can be made during the first part of the program, but “during the Q & A, anything can happen,” said Miller. Mixed Taste will occur every Wednesday at 7 p.m. through August 11th.

To generate the off-the-wall topic combinations, Baie and Miller work with a guest curator to brainstorm. This year they’re collaborating with Suzi Q. Smith, an award-winning activist, artist, educator and poet based in Denver. “We make a list of people, topics and things we are interested in,” explained Baie. “Maybe it’s from articles we’ve read, or podcasts we have listened to.”

“The meeting where we make the final pairings (and figure out which topics go well together and which don’t) is one of my favorite meetings of the year,” said Miller. He leads Off-Center, a DCPA program that “creates unexpected theatrical experiences that put the audience at the center of the story.” Mixed Taste has become a local entertainment staple, and Baie even says that it “was a lifeline for people during the pandemic.”

The show “has a wonderful loyal following, and we’ve seen a lot of the regulars enthusiastically returning this summer. We’ve also met lots of new people who are joining us for the first time,” explained Miller. Around half of their listeners are participating in person at the Seawell Ballroom, while the other half are still streaming it from home, after an entire summer of virtual Mixed Taste in 2020.

Baie herself was a fan before starting to work on the show. “I have been producing Mixed Taste for a long time, and I was a Mixed Taste aficionado before that, so I’ve seen a lot of magical Mixed Tastes over the years,” she said. She mentions the late Jake Adam York as a highlight of the show. “Jake was a poet and a professor by trade, but he was also a lover of bourbon and barbeque,” she said. “Whether he was speaking on the sazerac (America’s first cocktail) or Shakespeare, he held the audience in the palm of his hand. He once defined grace through the recipe for a perfect mint julep, which is a definition I have returned to again and again,” she added.

For Miller, their “Drag Queen Activism and Air Traffic Control” show was a stand-out. “My favorite local drag queen, Shirley Delta Blow, gave a history of drag and the gay rights movement and then Bruce Goetz, Director of Airside Operations at Denver International Airport, talked about how air traffic control works,” he described. “And we discovered in the Q&A that both have runways in common!”

Mixed Taste is Colorado-born and has always featured strong connections to the state and to Denver. For past seasons, a third of the speakers were flown in from out of town but the pandemic has made Mixed Taste even more Colorado-focused. “This year, because of the unknowns of COVID, we decided to go with all local speakers and that has been fantastic,” Miller said. “Colorado-focused topics this summer include: Apples (and the USDA-ARS National Laboratory for Genetic Resources Preservation in Fort Collins), Dr. Justina Ford, Forest Health (which will talk about Denver’s water supply) and Casa Bonita.”

Baie mentioned Dr. Justina Ford — who was discussed at Mixed Taste on July 14th—as a noteworthy local topic. “Dr. Ford was a legendary obstetrician in Five Points in the early 1900’s,” she said. “As a black woman, she didn’t have admitting privileges to any Denver hospitals, so the 7,000 babies she delivered over the course of her career were delivered in the homes of the women she served.”

As a continuation of their local focus, Mixed Taste has been partnering with Tattered Cover Bookstore for Mixed Taste Reads, “a summer reading list inspired by our 2021 lineup” said Miller. “Tattered Cover sells the books at the live event and online, and a portion of proceeds benefit the DCPA and MCA Denver.”

Both co-producers maintain that Mixed Taste is for everyone, regardless of interest levels and background knowledge. “Never heard of machine theology? No problem. Can’t think why monoliths matter? Don’t sweat it,” said Baie. “All you have to bring is yourself. If you love to learn new things, and you don’t mind if things get weird, this is probably the program series for you,” she added. “But seriously, the best part of Mixed Taste is the people. I love getting to know the speakers and I love the audience. I have the best job in Denver. I feel like I have graduated from Mixed Taste University.” 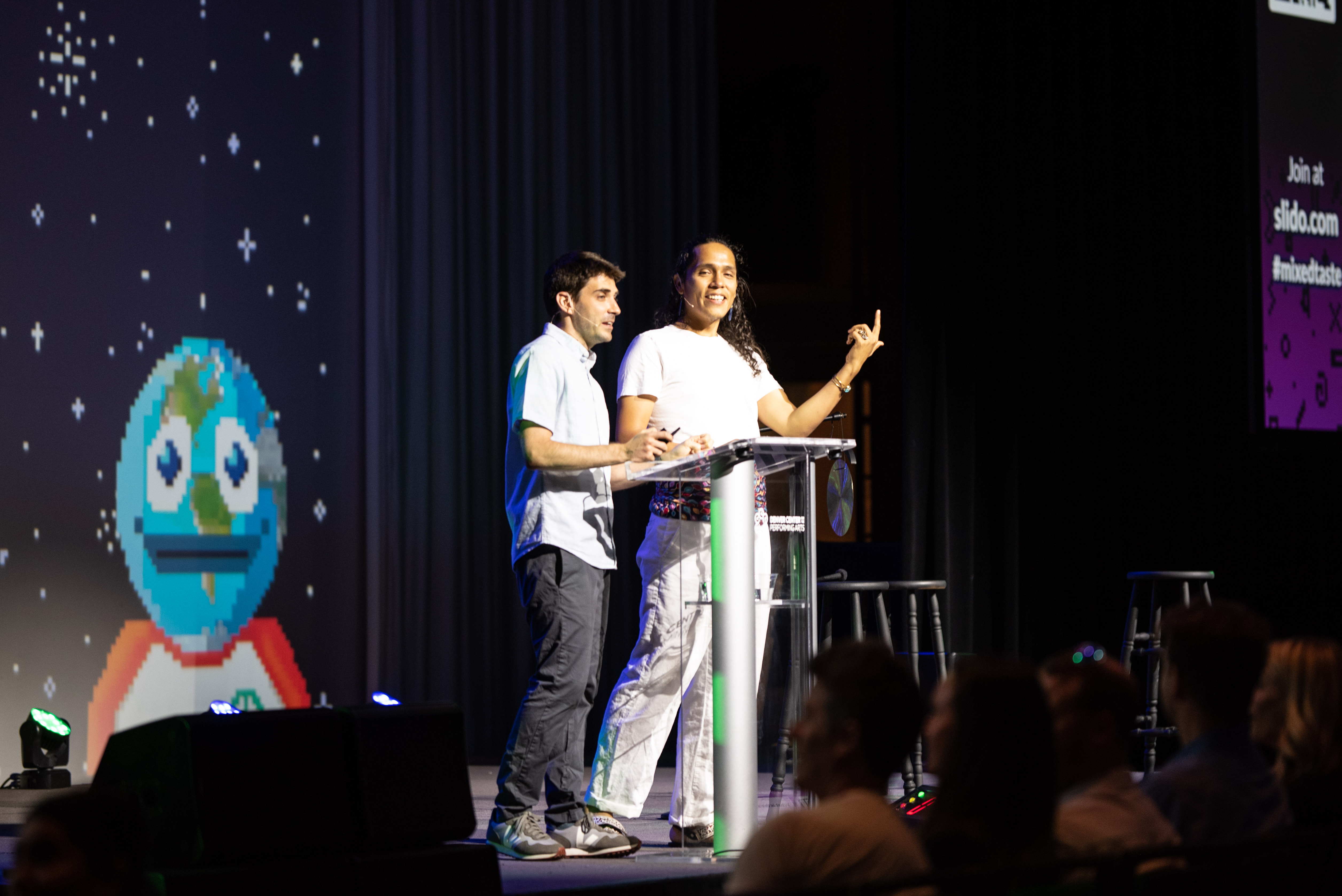 “Mixed Taste is the best way to learn about the weirdest, most wonderful, and fascinating things in the world,” added Miller. “Getting to help put together each season, meet so many interesting speakers, and learn about their passions is a wonderful privilege and a whole lot of fun!”

Find out more about how to attend and upcoming speakers and topics on the Mixed Taste website.