Nature healing looks a lot like a return to South Broadway with a couple of beers in tow and a cascade of local music buzzing in your ears. The Underground Music Showcase (UMS), the crown jewel of Colorado’s music scene is set to return to South Broadway in a couple of weeks, from August 27 – 29, and now the lineup is finally here. This year’s edition will be headlined by indie darlings, Pinegrove, pop chameleon Remi Wolf and psych-rock group Allah-Las. Rounding out the bill is Shannon & the Clams, Neil Frances, Goth Babe, Dām-Funk, Yoke Lore, Sofía Valdés, Kamauu, Mike, Thee Sacred Souls and Ekkstacy as well as some of Colorado’s best and brightest bands. From Kiltro to Neoma and Bison Bone to YaSi, this year there’s it’s as strong as it ever was, and the feeling of a grandiose comeback is palpable.

Last year, the Underground Music Showcase was interrupted due to the pandemic and in its place Two Parts, the organizer took the annual festival virtual and created a telethon fundraiser variety show in its place. While the festival wasn’t physically felt, the vibe and the UMS spirit pushed onward and gave people a glimpse at brighter days while raising money for the ailing independent music venues across the state.

“After 20 years of Underground Music Showcase, we were thrilled to be able to carry on our tradition virtually last year by raising $75,000 for independent musicians,” shares Casey Berry, owner of the festival. “With that said, we couldn’t be happier to be in-person for 2021 to not only support live music and local bands but to support more than a dozen independent bars and restaurants on Broadway.”

UMS is working with city and state officials to party on as safely as possible. There is a possibility of reduced capacity (especially at indoor venues) and potentially limiting ticket sales to ensure proper distancing, if need be. To do so, health directives will be monitored in real-time.

Tickets for The Underground music Showcase can be purchased here. 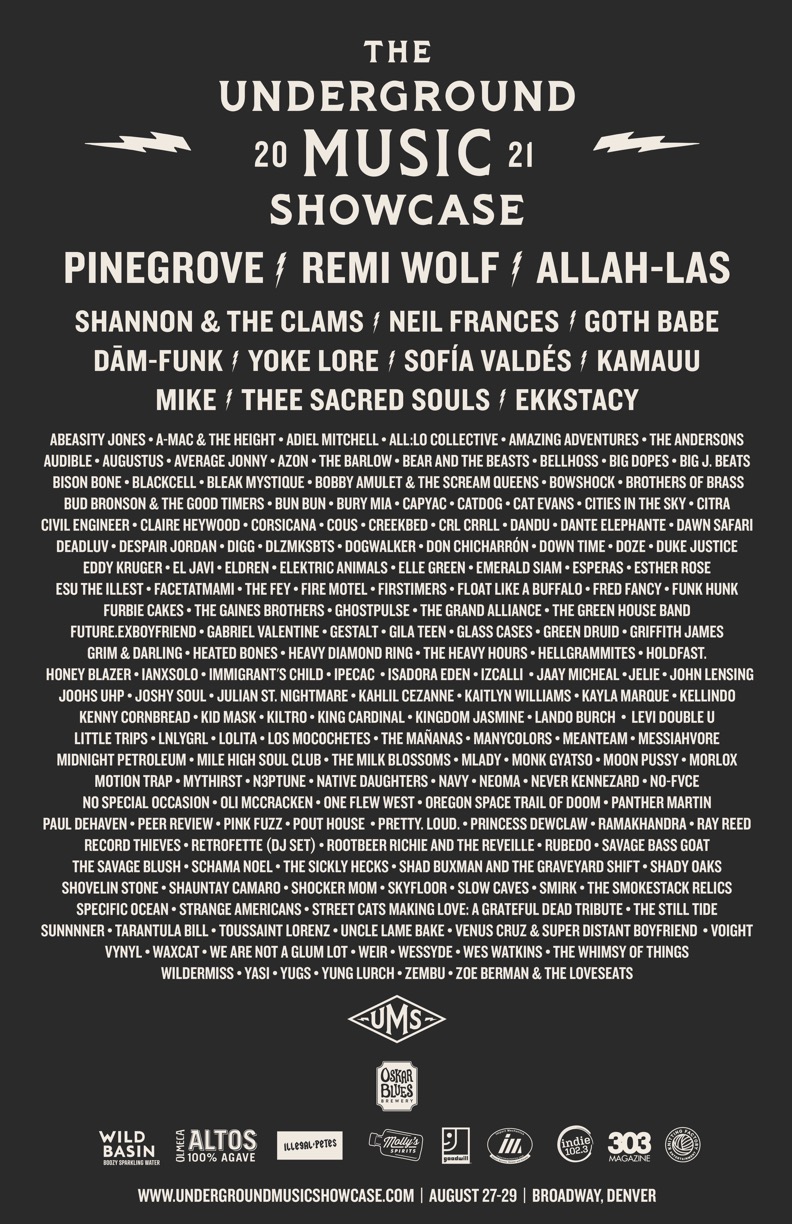