Tenth Mountain Division And Their Rise to Local Stardom

Three albums in and ski-rock jam band Tenth Mountain Division, known as TMD, is really getting the hang of things. On June 18, the band released Butte La Rose to the delight of adoring fans, a group that is rapidly growing as the band’s musical career continues to blossom. What started a decade ago has now turned into something much bigger, and things have seriously progressed for the band that just five years ago described themselves as “well-known among small groups of people.”

While the music is tight, the TMD community is even tighter. Those smalls groups of people are multiplying with each gig as folks bear witness to the genuine artistry and good vibes exuding from the five-piece. Many times together and oftentimes apart, you can catch specks of Tenth Mountain Division all over town, as side projects like Cashmere Sweater, All Strings Considered, or if you’re lucky enough, you’ll find yourself at a house party where guitarist MJ Ouimette and bassist Andrew Cooney happen to be jamming, acoustic and unplugged. 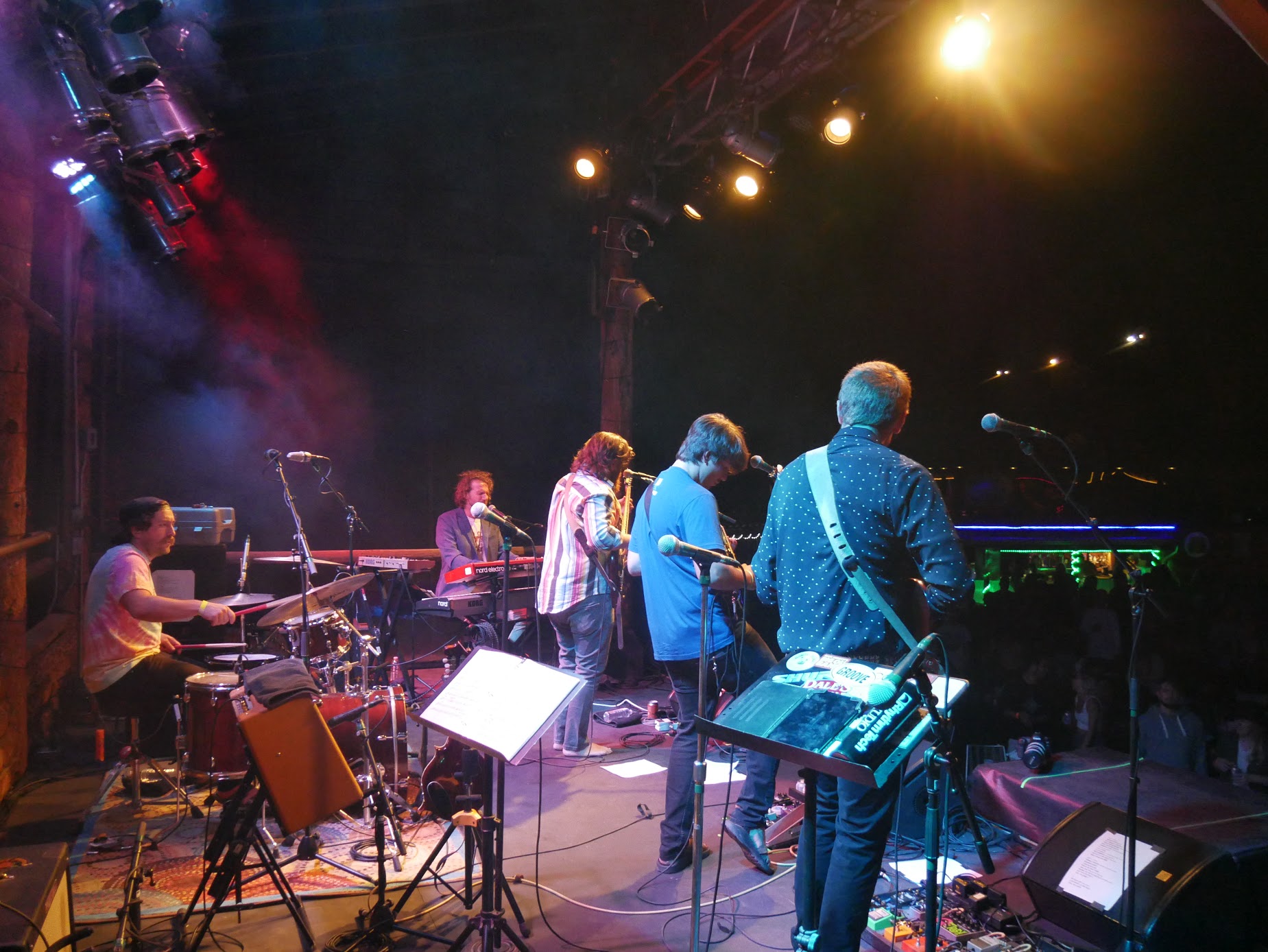 When the band titled their last record, 2018’s  In Good Company, they weren’t kidding. The adolescent trio that Ouimette and mandolinist Winston Heuga formed years ago has since become a staple in our local bluegrass and jam scenes. Like their June 18 album release party that happened at a very sold-out and absolutely raging Mishawaka Amphitheater, TMD is consistently debuting new tunes, learning more covers, and throwing parties that top the last. With keyboardist Campbell Thomas and drummer Tyler Gywnn by their sides, their music spreads across genres of rock, bluegrass, punk, funk, country and more.

Throw Railroad Earth’s Tim Carbone as producer and sound engineer Todd Divel into the mix, and you have yourself the makings of a killer album. Butte La Rose, recorded in just one week, sees the band taking their music and lyricism to the next level, pushing boundaries that were meant to be toppled. Recorded during COVID, Ouimette found that while the pace of the world had slowed, it was that slowness allowed more time for the band “to be exact and scrupulous about going over mixes and tracklisting, and making sure it was just right.”

“This album contains two distinct groups of songs — songs we played ad nauseam on tour between 2018-2020, and ones that we’d literally never played as a band,” said Ouimette. “It made for really fun work in the studio, creating the songs in real-time.”

Fittingly kicking the album off is “Hot Sweaty South,” a song reliving the band’s tour experiences that, led by a crooning Thomas, is one that will literally force you out of your seat. Things slow down at points, like with Cooney’s gruff vocals leading on “Highland Morning,” the ethereal “Spring Chicken” and Thomas’ soulful “Get Out of My Head.”

Ouimette’s honest and unprecedented additions to the album include “Sad Summer” and “Girl Like You,” both of which feel personal and raw, yet send messages any listener can relate to. Ouimette suggested his style might be putting “melancholic lyrics to a juxtaposing happy track.” Like writing about a past flame in “Sad Summer,” he says, “it makes the hard things a little less scary when it sounds like a pop song.” Originally meant to be a bluegrass tempo song, “Girl Like You” transformed when Gwynn put the dance beat over it and Carbone suggested the synth line. The collaboration aspect of creating music is one of Oimette’s favorite parts of being an artist. 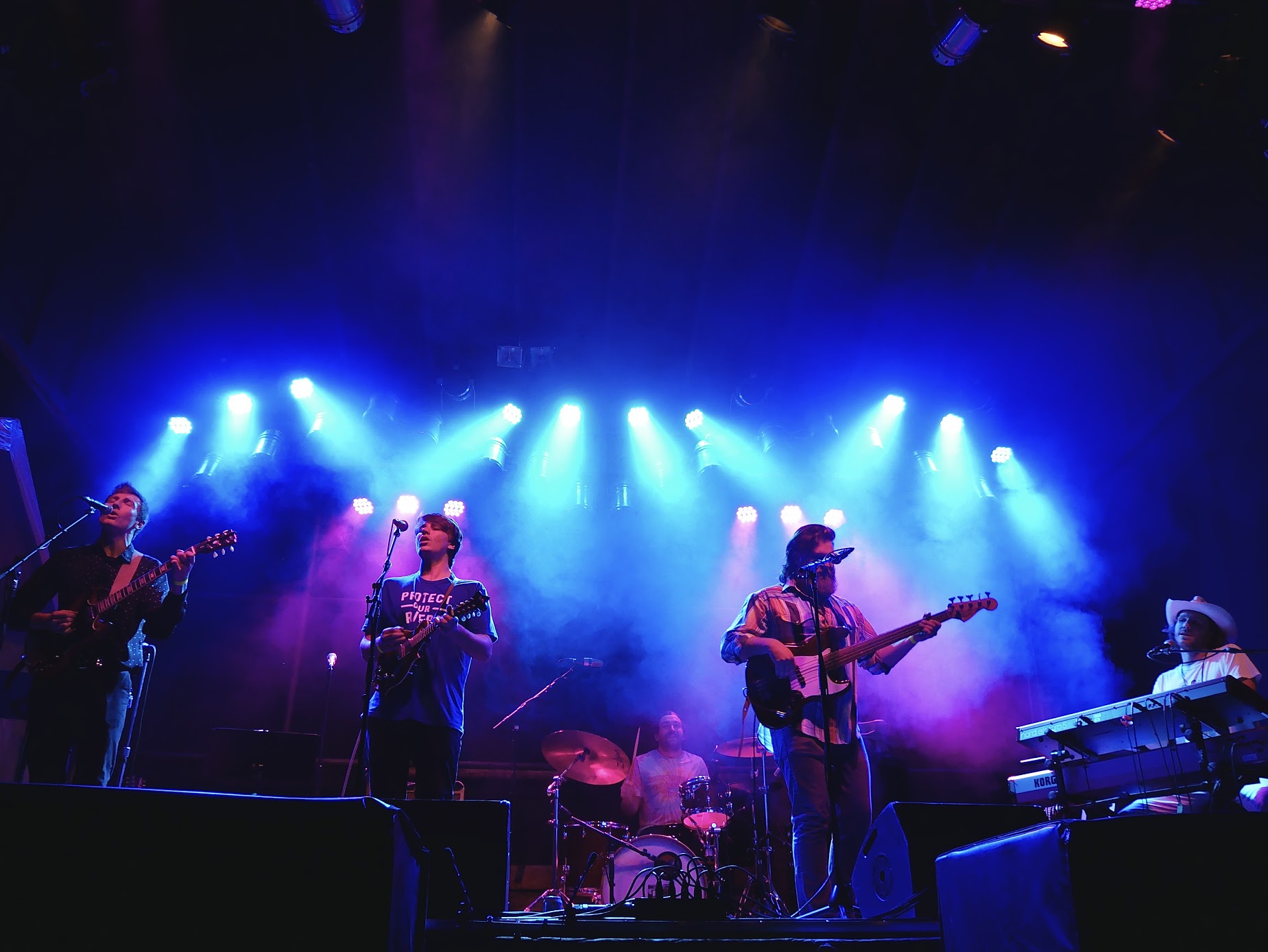 Wide-ranging emotions are felt throughout the album, and another exception is Heuga’s “Burning Heart.” An ode to the late mandolinist Jeff Austin and the musician who inspired him to pick up a mandolin, Heuga’s message to his hero is beautifully haunting in its quoting of Austin and Austin’s former band, Yonder Mountain String Band.

“You must’ve had your reasons / To ease your troubled mind / To say goodbye, to be forgiven / At the end of the day / Sorry is a highway / Death seems like a cool friend / A burning heart is a hard, hard thing to mend.”

The album turns back up the tempo with back-to-backs from Cooney on the country “Got Too Excited” and the groovy “Drown You With The Bottle,” and wraps up similarly to the way it started — with Thomas on vocals caroling a sweet, short tale about the TMD tour bus. For Ouimette, every show played so far this year “has felt like a true blessing,” and he looks forward to each one “as its own beautiful thing.” The next four weeks will see more of these burgeoning musicians appearing at Nederland’s Caribou Room on July 24 to Lyons’ MainStage Brewing Company the next day, and the Four Corners Jam Fest in Durango in early August. Plus, they’re no strangers to popping up here and there, so catch ’em if you can.