Mic Drop – Rebirth and Revelation According to iies

More often than not, written features involve some sort of social media research. It’s easy, accessible, and filled with information either by or about the artist in question. There was a Denver rapper that’d been catching eyes this past year — a talented young MC named Craigthe2nd. If that name is searched today, explorers find themselves at a dead end. As a matter of fact, the Instagram account existing under this handle is wiped off the face of the planet. “Craigthe2nd” provides no results, let alone an artist’s page. What was eventually discovered through DMs with his frequent collaborator, Cat Evans, is that Craig Northrup II — the artist formerly known as Craigthe2nd — had undergone a physical and spiritual transformation. He now goes by iies — a wonderfully valid decision for a number of reasons. 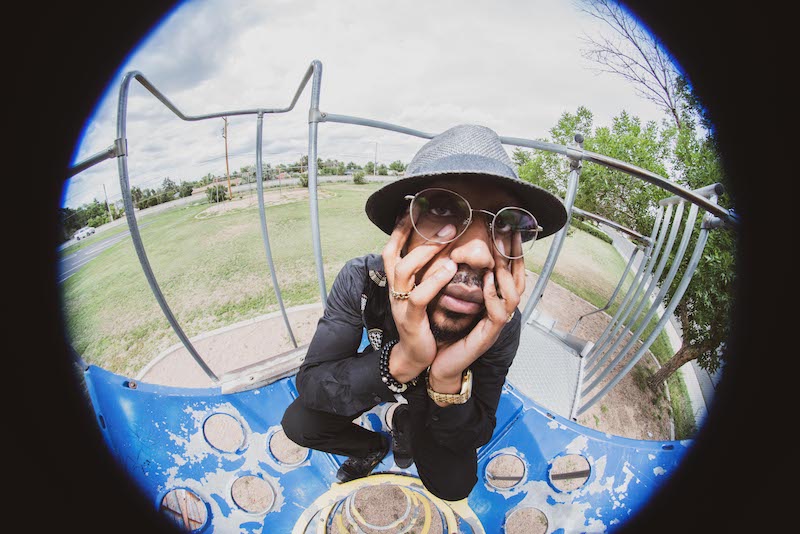 Northrup is a Denver native, through and through. Various murals and paintings cover the wall behind him where we met up— all of which were done by Northrup. He’s an artist at heart, and his interest in music was sparked in adolescence.

“My father’s influence was one of the biggest motivations for me to start getting into music. I remember we’d ride around in his car — he had this huge sound system and a CD collection and would play it so loud it was almost obnoxious. It was this wide range of hip-hop and R&B, which introduced me to a broad spectrum of beautiful music.”

Early inspirations morphed into independent exploration, parental discretion or not.

“I’d steal some of [my fathers] CDs and play them in secret on my Playstation One. I wasn’t allowed to listen to DMX by myself at the time, but you can’t keep X from me, or Tupac or Biggie. I indulged in private and learned from them that raw emotion in their music — I figured out I could have a similar voice.”

From then on, the wheels and gears inside Northrup’s creative imagination turned without pause. Those same wheels and gears chug along as we progress in our chat — he carefully formulates wonderful answers and takes his time with responses — a true mark of an intelligent mind. His love of music and the arts took time to become a reality, he explains.

“I didn’t really have the audacity or courage to start writing my own music till I was, like, eleven or twelve years old. I had this little notebook that I would use to make raps about characters in Dragonball-Z and Naruto — each character had their own song.”

Bars about how “Rock Lee stinks” turned into records about introspection and observation. The evolution of his pen-to-paper approach hasn’t ceased, and never will. “My writing process has matured and grown over time — I’d say my approach is freeform nowadays, as opposed to the more technical writing I used to do.”

The environment in which you write is as important as the topic you’re writing on. It sets the mood and stage for the task at hand. Take, for example, cars passing by, rain in the distance or television playing in the corner — such things attribute to the space’s ambiance. Northrup is a writer to the core, and a recent move opened his eyes to the infinite possibilities of his writing process.

“This is the first apartment I’ve ever personally been able to call my own. I have all this free space to roam around and be weird and talk to myself — I can freestyle around my house. I can adjust the lights and open the windows for ambiance and aesthetics. It puts me in a great flow space overall.”

Time and time again, Northrup references his newfound apartment as a source of inspiration. I’d soon come to realize, through his dialogue, just how colossally important it is — quite literally a life-altering change.

“This new space has opened up so many things for me, man. It’s changed so much in my life — I was sleeping on my grandma’s couch, then I was blessed to stay with my woman, but for like five years, I was pretty much living nomadically. I struggled in my own headspace because I didn’t have my own space, to begin with. Add on a number of traumatic experiences that my girlfriend and I endured together — there was a lot happening. When I finally snapped up my own place, it was almost like this weird coming-of-age moment for me.” 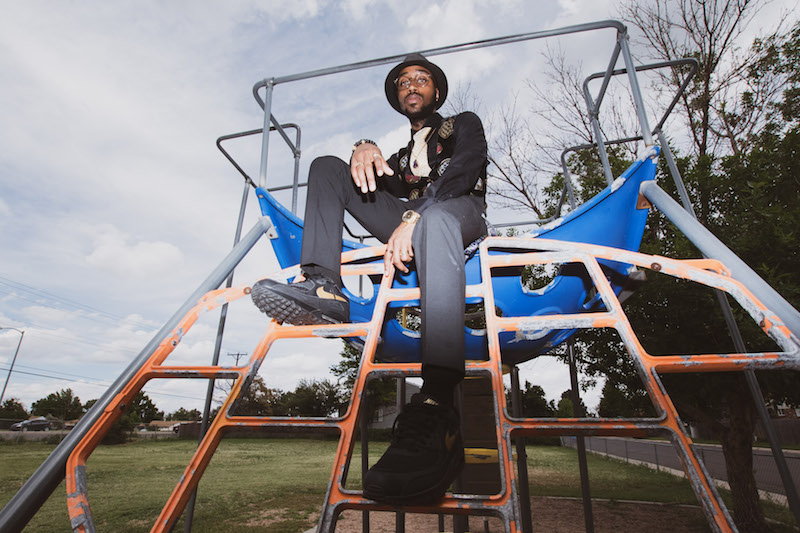 It was there that Northrup shed his old mantra as Craigthe2nd and revitalized himself as iies. The change wasn’t just for namesake — he felt born again for a plethora of reasons.

“I realized that my old image was based largely around being a dependent person. I struggled with self-identity, so I leaned on others for help in much of my daily life. This translated into my music — my sound felt all over the place. The connections in the music industry were beginning to form, and I met some really cool people, but some of these connections were just the wrong crowd. I was going down a path that I didn’t want my musical career — or my life — to go. Everything has changed — I used to have dreads, it was something I based my image off of, but those are gone. I can’t even make the same music anymore.”

In the time between discovering his new Instagram and connecting for this interview, one would wonder why he decided on iies — the cryptic meaning behind it — yet none of my theories came close to Northrup’s explanation.

“There’s a couple things that play into the name. When I was younger, people would call me “eyes,” because I guess I have pretty eyes. The second reason plays off my old name and its relationship to my father. I was “Craigthe2nd,” because I share the name with my father. The roman numeral for two or second is II, which is directly in the name. It’s a rebranded, more realized version of myself.”

There’s another entendre to be found here. He often chooses to use the word “realized” or “realization” — the syllable “ized” sounds exactly like his newfound name. His aura and personality that shines through the conversation fit this new image perfectly. Speaking of perfect fits, we talk about his longtime friend and collaborator, Cat Evans. Their recent endeavors are organic and free-spirited, which seems to be a recurring trend for the rebranded artist.

“She had been saying for the longest time that we need to get an amp and hit the streets — just go anywhere and use it. So we bought this amplifier that was kind of like a suitcase speaker and went for it. We settled on 16th street downtown, an area with so much energy and traffic within the city. Sundays are always our day because she has it off of work — we post up and freestyle for anyone that wants to listen. It’s been successful out of nowhere — it’s eye-opening to see how many people have something to say.”

Some of life’s best relationships are birthed spontaneously — the same can be said for some of music’s best collaborations. Northrup knows this as well as anyone.

“The two of us flow together naturally, and that’s how it’s supposed to be. If we go into a new record with too much intent, it’ll probably never see the light of day. Take for example one of our newest collaborations, ‘Charged Up’ — it literally came out of thin air.”

Unsurprisingly, Cat Evans gave us the exact same answer a month ago. Their chemistry is on full display in their music — the same goes for the way they talk about it. Recently, the pair were asked to play a soul session as part of a Denver Juneteenth celebration.

“I can’t describe to you how honored we were to be invited to perform. To even be considered for a day this important meant so much to me. Furthermore, it was offered to us — not just me, us as a duo. They recognized that the mission of Juneteenth is so aligned with Cat as well as myself. All in all, it was surreal — there were certainly some challenges, considering I had never done a performance online, but it was so dope to be a part of it.” 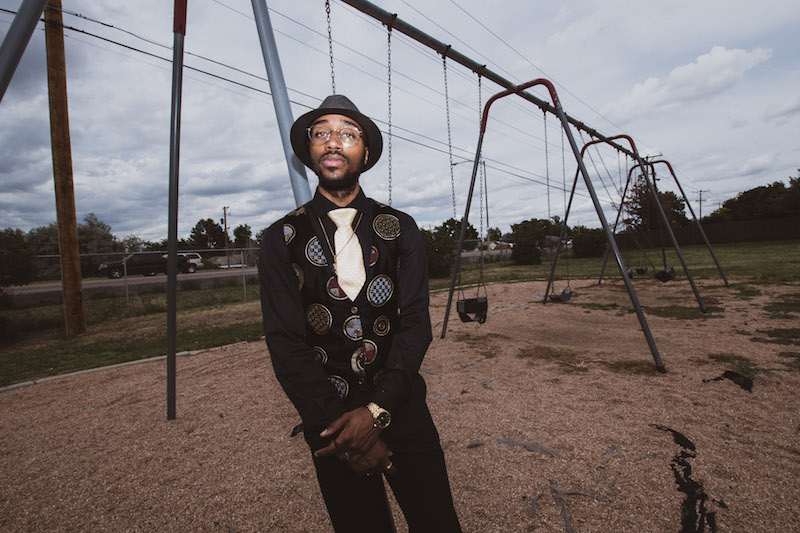 Touching again on Denver’s music scene, Northrup has a unique take on what makes this city’s rap community special.

“The advantage we have in this scene is infancy — the Denver rap community is still a baby. Like an infant, there’s so many different ways this scene can go. There are infinite possibilities to be found. If we collectively combine heads, we’re at the early stage where we can shape it into something that’s never been done before. We don’t have to be like other cities, what direction Denver rap goes in is open for interpretation, which is very exciting.”

On the other hand, Northrup sees the harsh truth — recognizing the serious shortcomings that Denver’s many rap niches bring upon themselves as the scene progresses. The answer is largely similar to those I’ve received in conversations past, which makes its problems all the more glaring.

“I feel like there’s a lot of egos, which is odd considering the infancy we talked about before. Everyone feels like they need to be “the one” to hit it big — like the Kendrick or Drake of Denver or whatever. That’s where we’re going backward. Self-indulgence is toxic. I see some of these collectives that base themselves on community and collaboration literally doing the polar opposite of that — gatekeeping and barring other rappers from entering their space as one — that’s got to change.”

As our conversation winds down, we riff to each other about our favorite rap beats and verses. He tells us that, all around, “Momma” by Kendrick Lamar has been his favorite as of recent. He also shares a bar from his own catalog that he holds dearly — “I got some missing screws / Don’t ask about me, what about you?” It’s short, powerful and to the point — and like a lot of what Northrup has said in our talk, calls on self-reflection and a bright future.

“When I rebranded as iies, I didn’t want it to just be about aesthetics and appearance — there’s a whole dream of a creative agency that surrounds it as well. I’m a painter as well, so if I could find a way to combine my talents in art and music, almost like contracting work, that would be the goal. I want “iies” as a word to not represent just an individual artist, but a business surrounding the word rather than a sole entity.”

With a new residence in his back pocket and an enlightened outlook on the complexity of life, it feels like there’s nothing Northrup can’t do right now. “Eyes conjure perspective,” he tells me. Funny enough, I’d argue iies’s perspective on life is as clear as anyone’s I’ve met in a while — making the entendre all the more brilliant. I didn’t think of that one though — he did. The sky isn’t the limit for Northrup after his revelation — it’s the vast cosmos beyond.