Open Up: The Psychological Thriller Filmed in a Denver Apartment

Last spring as COVID-19 shut down businesses and gatherings around the world, some people noticed a shift in the language attempting to put a positive spin on the media. As words like “unprecedented,” “pivot” and “distance” soared in use, many outlets were promoting new hobbies and practices to pick up during quarantine, and businesses stretched to find ways to profit off of the situation. When J.D. Gonzales and Jessica Higgins decided to create a film locked in their 600 square-foot Denver apartment, they took a different approach.

Open Up, a short movie created entirely in isolation, acknowledges people already grappling with grief, mental health and other struggles before the beginning of the pandemic that could be heightened in isolation. The psychological thriller follows the story of Adaline, played by Higgins in her first-ever onscreen role. She’s suffering from grief that’s exacerbated by a global shutdown. “We wanted to tell a story that was more focused on someone going through darker issues like that, rather than this kind of rosy image of quarantine that had been painted,” she said. 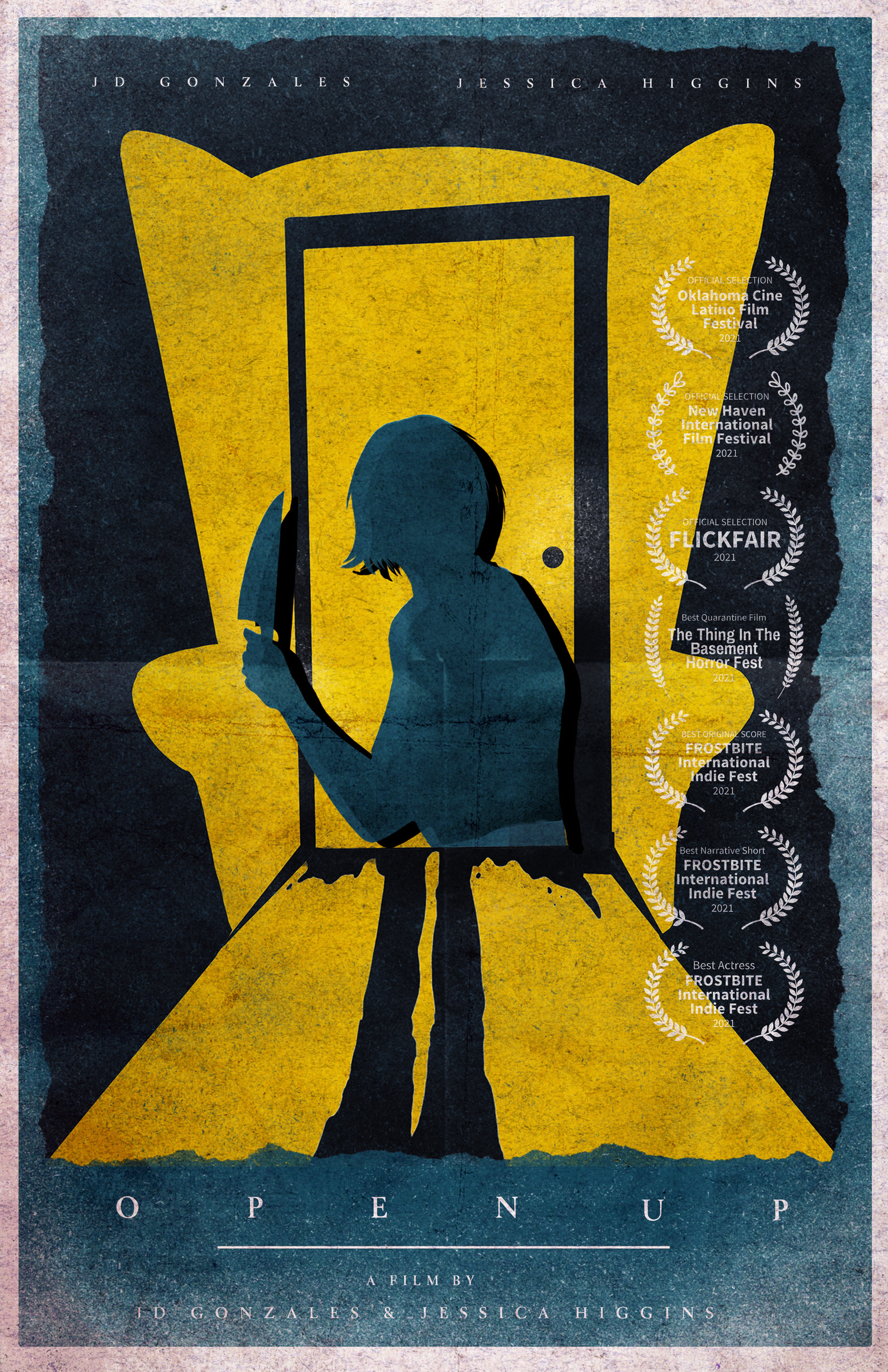 Manifesting as a Monster

The couple cited a particular poem about the pandemic that frustrated them. “Basically the message was that everyone would stay home, find these new crafts and hobbies, do yoga and meditate.  It’s like we’re going to come out of quarantine, be relaxed and calm, have better communication skills and become better people,” Higgins described. She and Gonzales started thinking more about the people who didn’t have the privilege to stay home, or were dealing with a preexisting crisis. 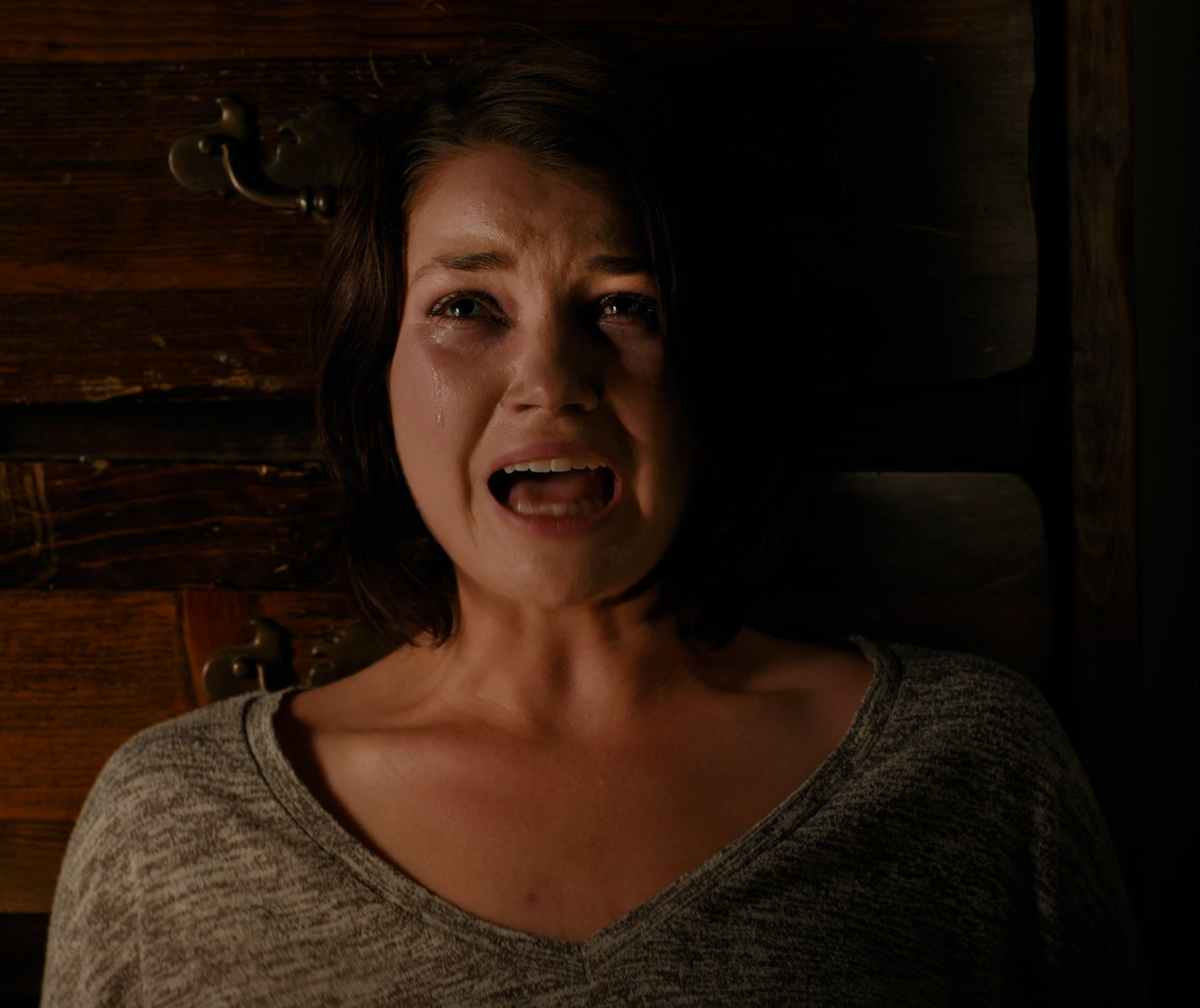 For Gonzales and Higgins, the cause of the grief or struggle wasn’t the main point. “We don’t feel like it’s that important because grief can equally affect people,” Gonzales shared. “It doesn’t have to be that someone died for someone to be grieving. It can be that someone lost a toy, or broke up with an ex. They could’ve disconnected with someone that they thought was a best friend,” he said.  “It’s a lot about those feelings that come up when you’re alone.”

While they had outside help with the score and editing, the entire movie was written, directed, shot and acted by Gonzales and Higgins alone. They struggled with effects like flickering lights or a blanket being dragged across the bed. Gonzales had to make these happen while also operating the camera, as Higgins was acting for nearly the whole film. She’s now open to the potential of more onscreen acting while also pursuing a master’s degree in nutrition. Gonzales runs Livalittle, a local production company, and has been devoted to the art of filmmaking since high school.

While Open Up started as a potentially fun project to fill the couple’s time last April, it’s ended up winning awards at several festivals since they released it. “The first two festivals that we got into we swept,” said Gonzales. “Best Short Film, Best Actress and Best Original Score,” he added. From filming to a finished product, the entire process took about eight months.

Though romance and horror films don’t often go hand-in-hand, they did in this case. After realizing how well they could coexist in such a small space and work together, Gonzales decided to propose.  He asked Higgins to marry him during a surprise screening of the project that had brought them so much closer. “One other piece of the mental health conversation as well was that J.D. and I — without diving into the details—both had experiences of being in very dark places and reaching out for help — and not receiving that help,” said Higgins of some of their shared struggles.

They hope that the film speaks to viewers who may relate to any aspect of Adaline’s story. “Tear the film apart and laugh at the silly horror created by two people with a big piece of fabric. Then look beyond the silliness and find core lessons of compassion, empathy and self-healing,” wrote Gonzales in his director’s statement. “Jessica and I hope Open Up inspires the audience not just to reach out to others, but for people to not be afraid to reach out when they need help.” 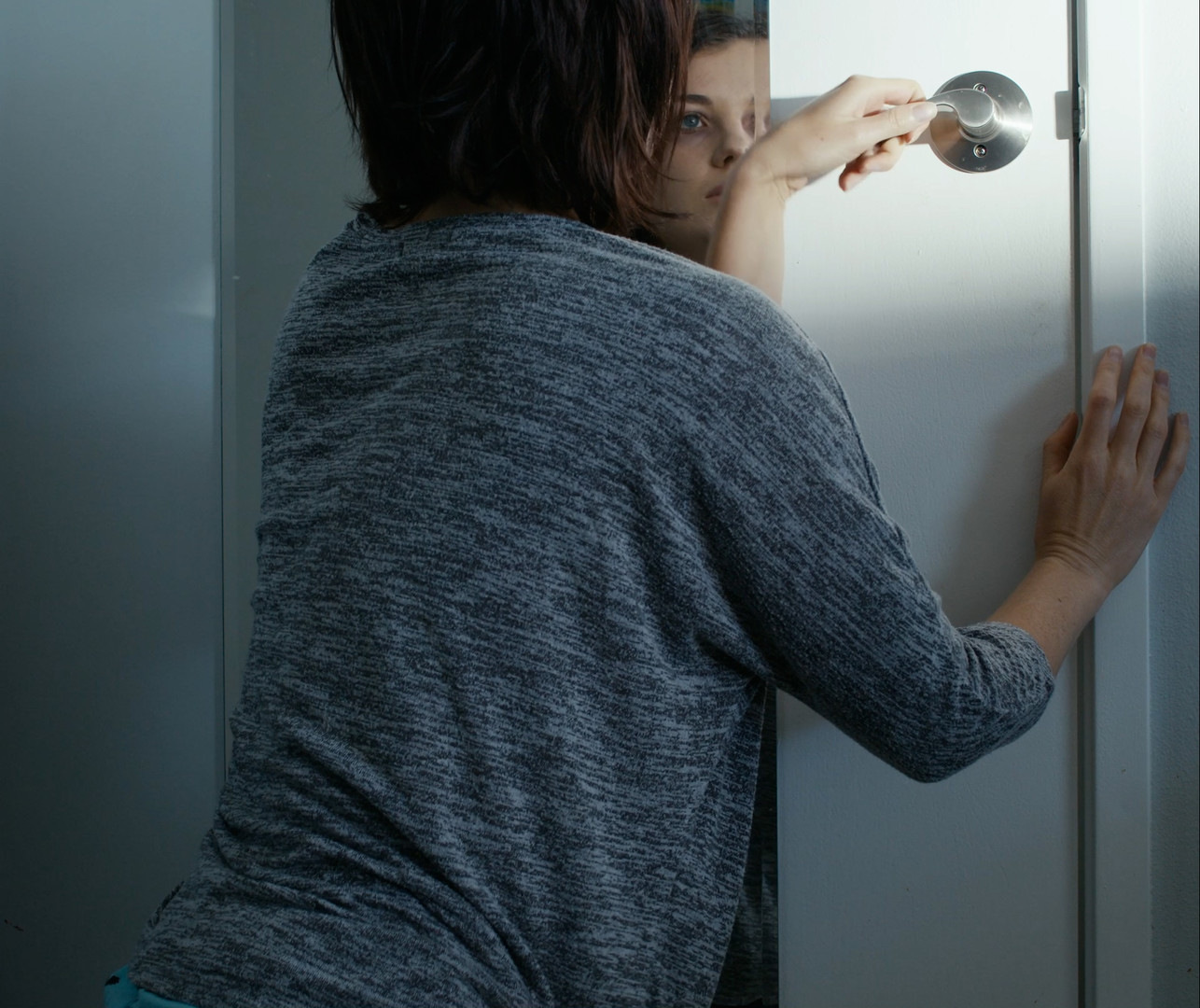 Open Up is available to watch online, along with a deleted scene that played a role in the proposal.

If you or someone you know is struggling with grief or mental health, Colorado Crisis Services, SonderMind, or SAMHSA may be a place to start.

All photography courtesy of Open Up.