Photo by Sean Hagwell Courtesy of the artist.

Trayce Chapman On the Pressure of Purpose

The road to artistic success is a long and difficult one saturated with deep potholes and misleading shortcuts. In the music industry, talent can only carry you so far. More often than not, unwavering dedication and raw passion are the determining factors in forging a successful musical career. Fortunately, local rapper Trayce Chapman embodies these characteristics. Hot off the heels of placing top 10 in the BET Amplified competition earlier this year, Chapman is set to release the third installment of his Contraband album series this summer, and it’s sure to propel him to the next phase on his road to stardom.

The journey towards national recognition in the music industry is a marathon, not a race. Chapman, who’s been making music for almost a decade, understands this in an intimate way. That’s why, despite countless obstacles and setbacks, he continues to pursue his dreams. He learned to embrace adversity at a young age, thanks to growing up on the football field.

“Football taught me a lot,” Chapman said. “Football is a tough sport to play. You gotta get ready to go every day, you know, and be mentally tough and know you’re about to go do something that’s gonna be really difficult, but you do it anyway. Sports, in general, taught me how to do that.” 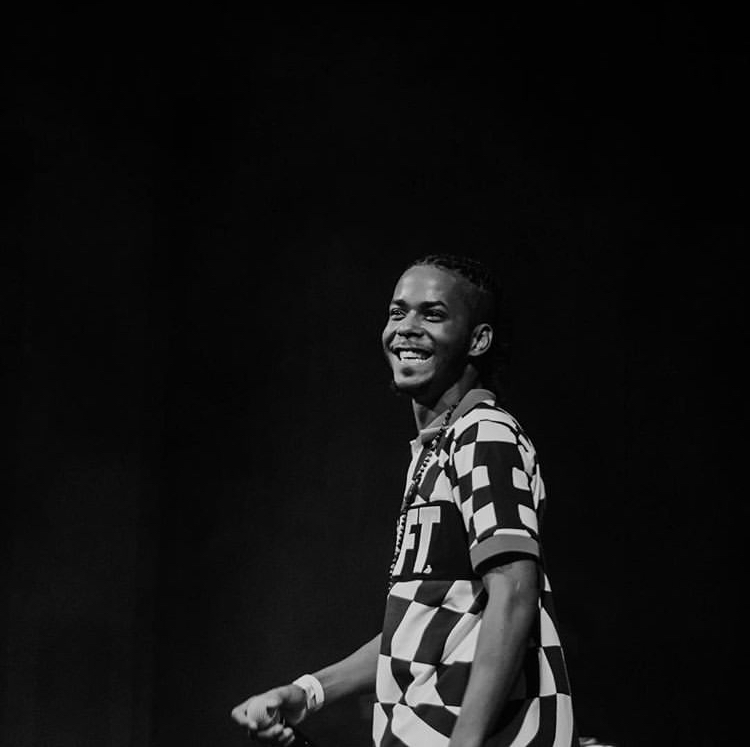 Trayce Chapman at the Ogden Theater.

Chapman isn’t the first rapper to express this sentiment. In fact, hip-hop has a long and iconic history with sports, dating back to Cutis Blow’s (who was actually the first rapper to get signed to a major label) 1984 smash hit “Basketball.” From Lil Wayne’s “Kobe Bryant” to Kanye West’s “Barry Bonds,” hip-hop culture has continued to forge an undeniable relationship with the world of sports, a tradition Chapman is proud to carry on.

Chapman’s hard work on and off the field didn’t go unnoticed, and he eventually secured a track scholarship at Prairie View A&M in Houston, Texas. Fortunately for his fans, music has always been the cornerstone of Chapman’s ambitions, and he refused to let sports distract him from accomplishing his dreams. When asked about whether he continued making music while he was in college, Chapman smiled.

“Well, here’s the thing. Yes, but I wasn’t supposed to be. I was supposed to be on a track scholarship, but I did start to record in a little janky dorm room.”

The more I talked to Chapman, the more it became clear that hip-hop runs through his veins. If you didn’t know, some of the genre’s proudest moments were forged in dorm rooms. In fact, while Chapman was making music at Prairie View, Travis Scott was busy producing the iconic “Mercy” beat for Kanye West in his dorm room at the University of Texas just a few miles down the road. 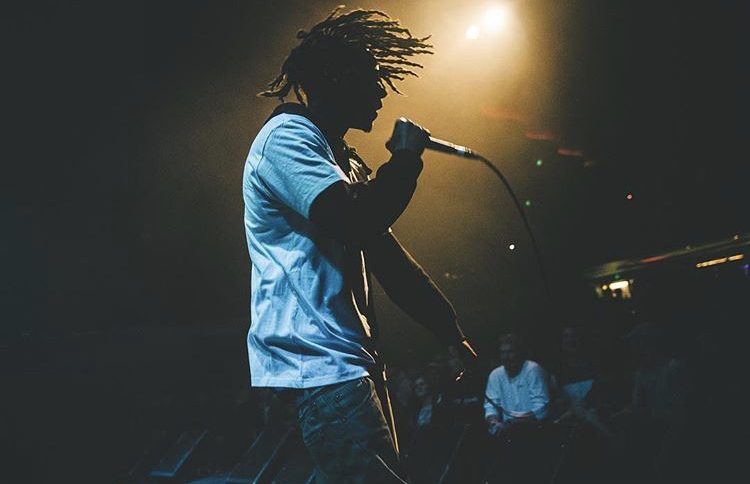 Trayce Chapman at The Gothic

During his time in Houston, Chapman was making music under the alias “June,” but something happened that forced Chapman to adapt his real name as his alias.

“Somebody called me one day like ‘damn bro, you got a song with Big K.R.I.T..’ I was like no, you’re trippin’, and I hung up. Then I got another call. They were like ‘I see you, you got a song with K.R.I.T..’ At this point I’m like, what are y’all even talking about? I got on my good old friend Google, and I typed in ‘June featuring Big K.R.I.T., And sure enough, there was a song by another artist named June featuring Big K.R.I.T. I was like, let’s eliminate that confusion.”

Chapman looks back at this moment as the most crucial decision of his entire career.

“That was my moment. It became my brand, only me. You’re not gonna confuse me with anybody.”

After dropping Contraband I under his birth name (Trayce Chapman), he started to take music more seriously, realizing that people believed in his talent. He moved back to Denver, the city he grew up in, and began mastering his craft. Fortunately, thanks to smart business acumen and a great team surrounding him, Chapman started securing spots as an opener, warming up the crowd for huge artists including Talib Kweli, Cousin Stizz, A$AP Ferg, and J.I.D. 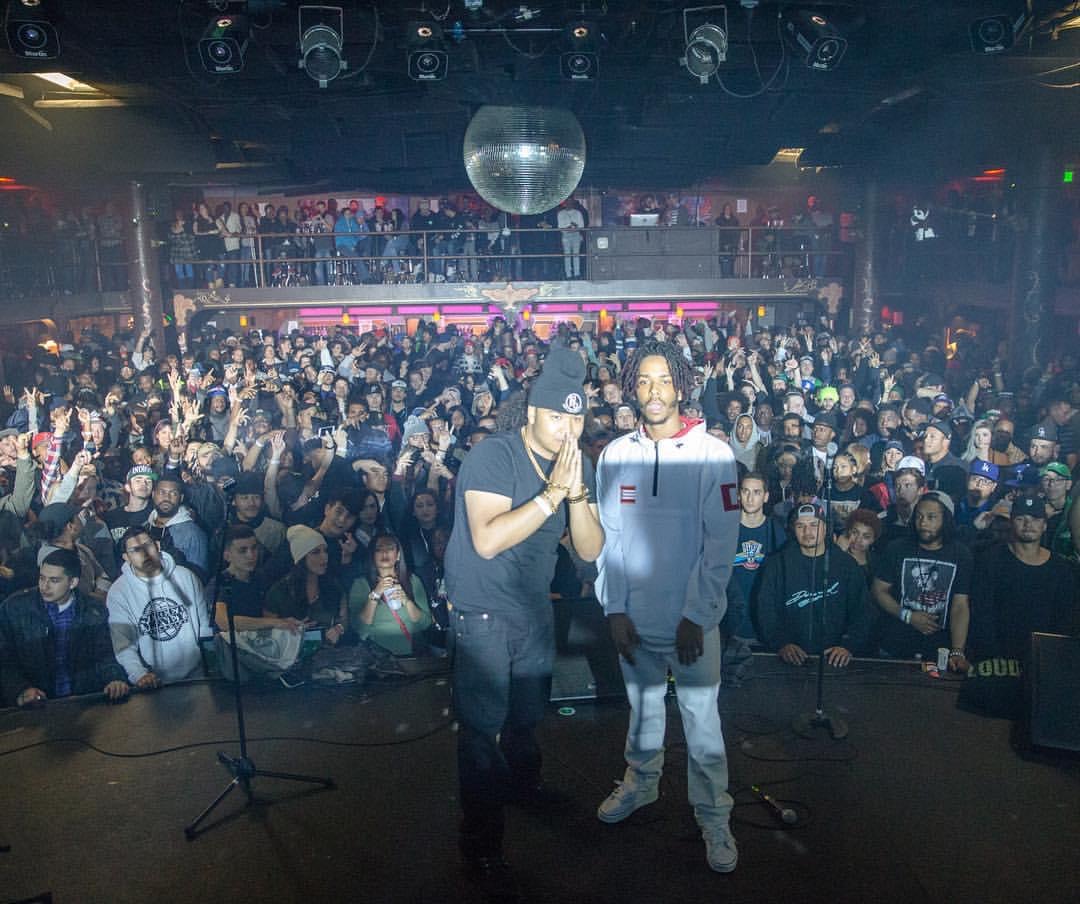 Chapman used these opportunities to perfect his stagecraft and build relationships with bigger artists, and never took those moments for granted.

“It’s amazing — you know what I’m saying? Still, no matter how many times you do it, you’re always excited.”

Chapman learned a lot about performing during this time, but more importantly, he learned how to express himself in a room full of people he idolized.

“At the level, I want to get to, I gotta know how to be in those rooms. I think doing that literally just looks like being a normal person nine times out of 10, not being a groupie and not being over the top.”

Chapman’s music isn’t the only thing that makes him a force to be reckoned with. People like being around him. He’s charismatic and hard-working, but above all, he’s himself. What you see is what you get, with his music and his personality. 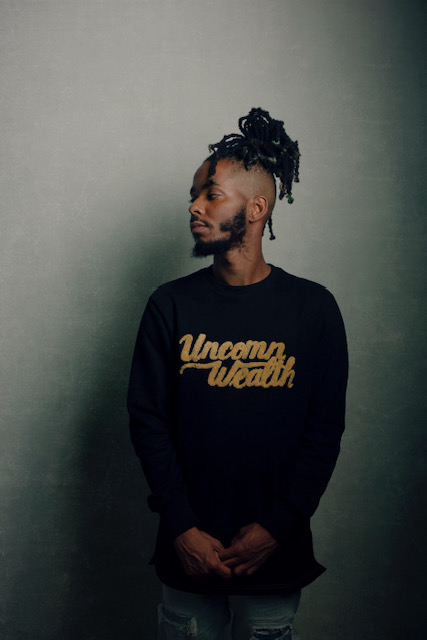 “My music is really just my personality. But then when I’m done making music and I’m just having interactions in person or on social media, I think I’m a funny dude. I’m just me bro. it’s going to sound corny and cliche, but I am really just myself. I rock to my own beat of my own drum. I think that’s why, when it’s time to drop in it’s time for me to tell my story, it appeals so much.”

It’s true, people love his music. That’s why he’s performed countless sold-out shows around Colorado. Of course, selling out shows is great, but Chapman’s favorite moments in his career have actually come from interactions with some of his favorite artists. From bonding over a shared love of Hennessy with Cousin Stizz to receiving a compliment from J.I.D., these connections are what motivate Chapman to keep going, and that moment with J.I.D. is something Chapman says he’ll never forget.

“We were at Colorado State University, and something happened in the green room. [J.I.D.] had to come upstairs, so he had to hear my song. It was the last song of the set. And he was like, ‘yo bro, that shit was dope.’ I was like ‘bro, you’re dope!’”

A lot has happened since Chapman first began opening at the Ogden Theater in 2015. Most importantly, he’s a father now. He’s got two little ones running around, relying on him for financial and emotional support. For Chapman, being a good father is more important than anything, and his kids have motivated him to take his music more seriously.

“My kids, if I’m honest — they’ve made an actual hustler out of me, for real. My work ethic is on steroids man, compared to what it was. Now, music has to be a career. I can’t just fuck around.”

In the six years since his first son was born, Chapman has definitely amplified his climb up the industry ladder. Careful not to miss any steps, he took his time with his 2018 album Exotic Birds. The project, which 303 Magazine awarded the “Best New Album” of that year, featured poetic narratives about triumph and tribulations, as well as black light anthems like “Exotic Trayce,” which was accompanied by a thoroughly produced, equally moody visual.

That album provided some of the biggest moments in Chapman’s career, including his first song to reach two million streams on Spotify, “The Flux.” Aside from the massive streaming numbers, “The Flux” represented something deeper for Chapman.

“It’s an impactful song. I had my first impactful artist moment because people from war-torn countries were DM-ing me like, ‘yo I listen to ‘The Flux’ to get me through some shit.’ The numbers are what they are, but the impact, that’s what it’s all about.”

It’s been three years since Exotic Birds dropped, and Chapman has stayed busy. From shooting music videos and collaborating on EPs with local artist DramaTone, to producing his new live performance series “Strange Lights,” Chapman hasn’t stopped hustling. He’s no longer doing it for himself. He’s also doing it for his kids, and that passion shows in every song he puts out.

Chapman, who’s preparing to drop his long-awaited Contraband III project this summer, recognizes the importance of this moment. He’s gained a dedicated local fan base. He’s mastered his performing skills and developed his own personal brand. He’s built a strong team around him with his record label Rest Is For Billionaires. People are starting to take notice, including BET, who included him in this year’s Amplified contest. He didn’t win, but he is proud of being one of the top 10 finalists out of thousands of artists who participated. His success in this contest made him realize how much support he really had.

“It was amazing. Everybody in the city rallied. We did a whole lot bro. Teachers from third grade, fourth grade, middle school, college students, peers of mine that I didn’t even talk to. I didn’t even though they knew who I was. It gave me a glimpse, which is dangerous for the game. I’m telling you, it gave me a glimpse and now I’m really like, I need that.”

The stars are aligning. It’s time for him to blow up, and that’s exactly what he plans to do with Contraband III. “I’ve got my Emeril Lagasse apron and hat on and it’s got about 15 minutes left in the oven. It’s almost done.”

Naming this next project as the third installment in his beloved Contraband series is a bold move. The series is a fan favorite, and Contraband I was his first album released under his real name, Trayce Chapman. So it makes sense that this project means a lot to Chapman and his fans.

He recently released a video for his latest single “NASA,” which will be featured on Contraband III. If this music video is any indication of the quality of his upcoming album, we’re in for a wild, psychedelic journey into his creative mind. A spiritual successor to one of Chapman’s earliest bangers “Spaceships,” “NASA” also represents the continued story Chapman hopes to tell in the Contraband series.

Although the style of rapping and the narratives on Contraband III will be similar to the rest of the series, Trayce Chapman says this project represents a new stage in his career, one filled with purpose and laser beam focus.

“This album is going to be different because nothing’s going to be by accident. It’s going to be intentional. Everything. I guess we have a plan now, and I didn’t before. I really survived up to this point on talent and you can’t survive off talent forever.”