Many would be surprised to learn that GRiZ isn’t originally from Denver based on how much love he shows the Mile High City, but the good news is he isn’t slowing down anytime soon. The Denver-based producer/ DJ has announced a grandiose three-night takeover of the 1stBank Center over Halloween weekend, October 29 – 31. This series of shows, dubbed “Another World” will gift audiences three unique sets over the course of the weekend  — a different stroke for all types of folks.

Night one on October 29 will see GRiZ throwing a house party of epic proportions in the round of the 1stBank Center, wherein the only criteria is setting up a vibe and rarely sticking to it. Fans can expect everything from house and hip-hop to dubstep and downtempo. Night two slated to go down on October 3o will see GRiZ turning back the clock on his career while in the round, spinning from 2010 up to 2017, all throwbacks and he promises not to hold back. The last night, October 31 will be a no-holds-barred traditional “Full Flex” long room set (from the standard 1stBank Center stage), in which GRiZ will play all originals from “now until infinity.”

Prior to the pandemic, many had grown accustomed to GRiZ’s multi-night Red Rocks takeovers, but in 2019, GRiZ marked an end to the popular outings. While the Red Rocks is known to be beautiful, 1stBank Center allows the producer/DJ to up the game on production in line with his other huge performances like Detroit’s GRiZMAS, Virginia’s ‘Space Camp’ and Chicago’s Navy Pier takeover.

Fans can purchase stand-alone tickets for an individual night or they can also snag a full three-day VIP pass which guarantees floor access, early entry merch and a backstage Q&A with GRiZ himself for any night of their choice. Tickets for the upcoming concerts go on sale this Friday, May 21 at 11 a.m. via AXS. 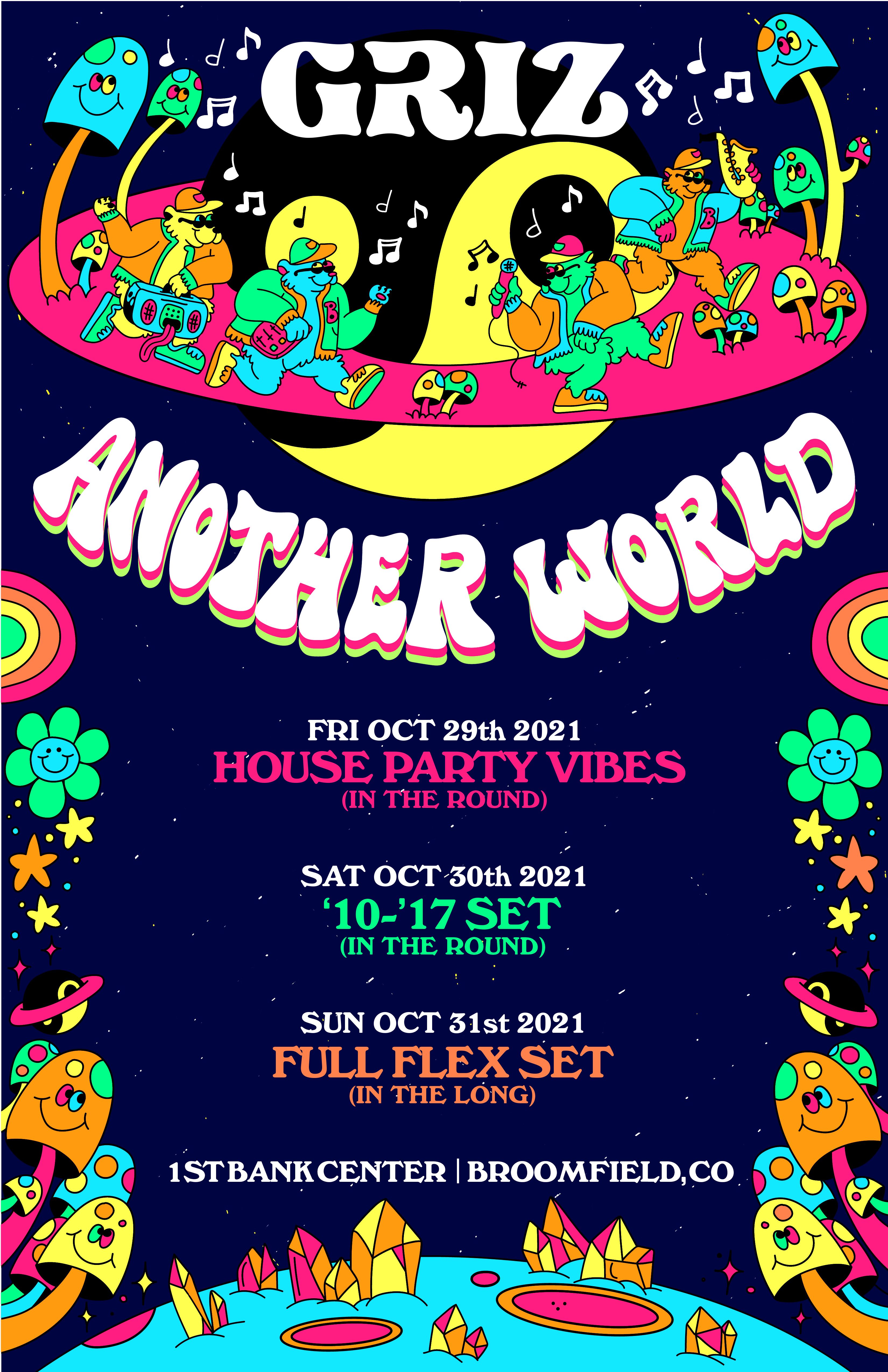