Q&A – GRiZ May Not Come Back to Red Rocks Next Year, but He’s Far From Slowing Down

GRiZ just announced his last Red Rocks shows, set to take place on August 30 and 31. While this is his last performance at Red Rocks, he still has plenty of surprises left to announce. We sat down with Grant Kwiecinski to talk about his latest album Ride Waves, his year off of social media and what’s in store for his grand finale at the iconic Colorado venue.

303 Magazine: Now on your sixth studio album, you’re likely pretty familiar with your own creative process. What is something you did differently with Ride Waves in relation to your previous work?

Grant Kwiecinski: I created a lot of it internally, without outside influence. I wanted to make music and create ideas that I really related to and that wasn’t necessarily about what was going with electronic music or what was happening around me in the movement of the music scene. I wanted to make something that was purely encapsulated to how I felt about life. I did a lot of recording with musicians and vocalists — I did a lot of writing. You know, it’s been this progression, like it used to be all electronic and all track focused and over the 10 years of this project existing, it became more about writing songs.

303: That’s something new I noticed in this album — you’re using more of your own voice.

GK: Yeah, this is that album that is all my own thoughts. Not like samples or working with other people and using their songs, but using my songs. 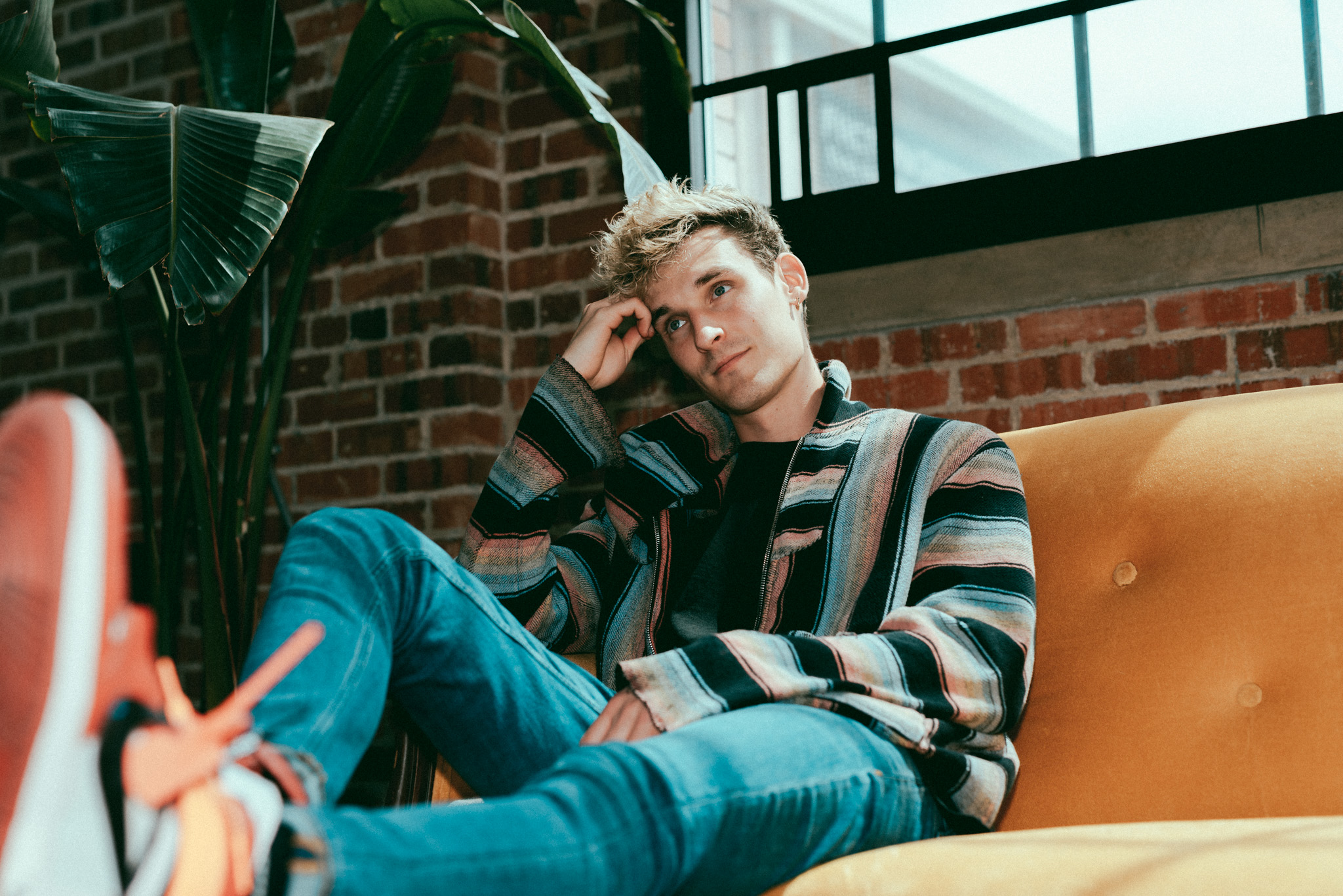 303: What is something that surprised you about this new creative process?

GK: When I was recording these songs, I’d send out vocal demos and I felt like some of these things felt so personal. This is now going to be a song that I’m performing, so it was surprising to put those songs together and show them to friends and have them be like, “yo’, that’s actually really tight.”

303: I feel like that would be the reaction from most songs you create, but it’s always nice to hear that from your friends.

GK: Because it was created in private — in my own Grant world, not the GRiZ public world — there’s this point where you feel like you’re on top of the world. Like, this is the coolest thing ever! And then there’s the points where you’re like, I’m a total piece of shit, this is so bad, or contrived and not good. It’s a good feeling to play your music for people and have them connect with it like, “yo’, that’s dope, I feel that.”

303: It’s reassuring to hear that even you go through those moments of self-doubt.

303: There’s no right or wrong answer when you’re expressing from the heart, it just is.

GK: Exactly, it just is. That’s been a big thing for me recently, seeing everything and just trying to understand that there isn’t a right or wrong, it just is. There’s a balance to the universe. 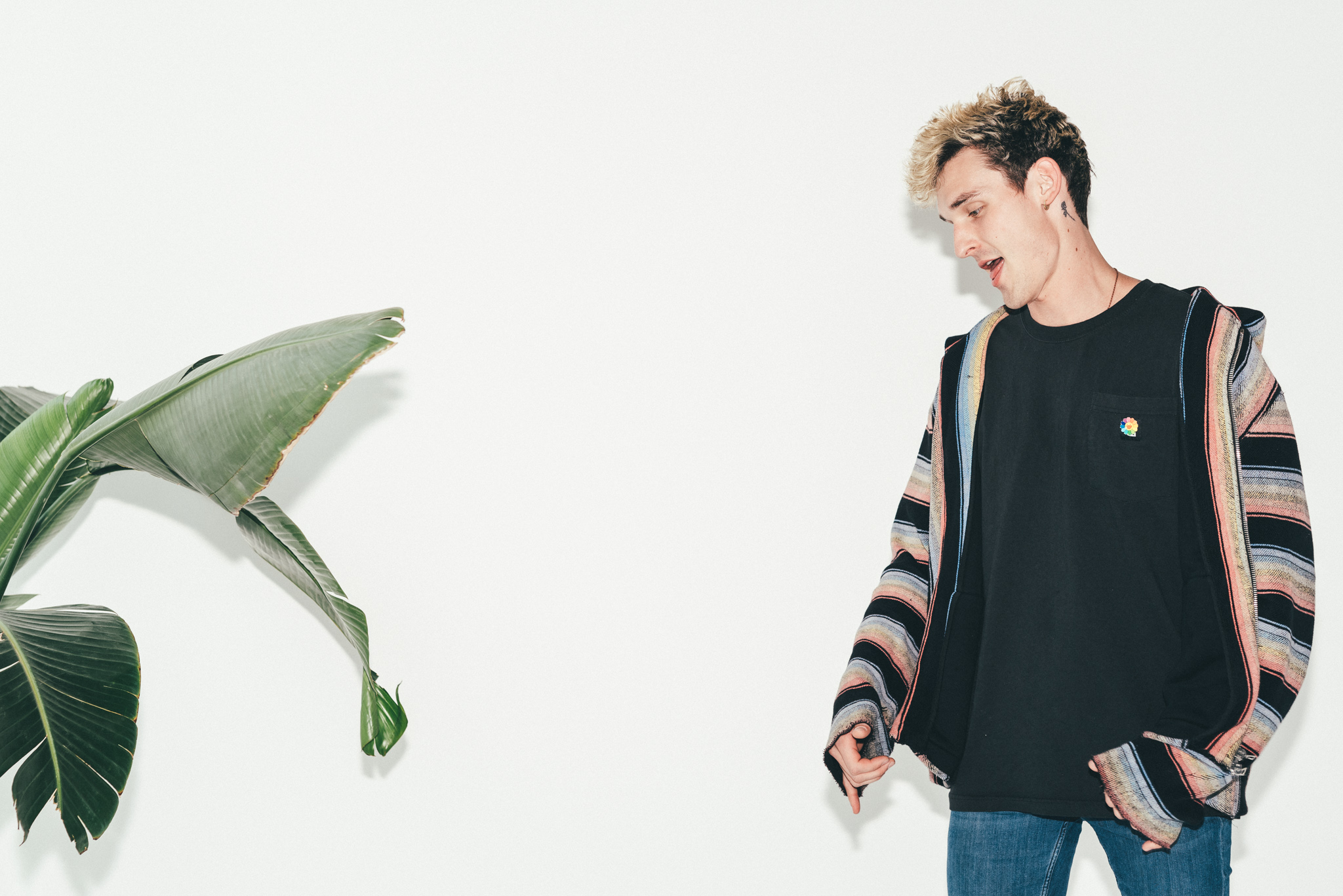 303: How did your year off of social media impact this album?

GK: That was it. That. It inspired those feelings of being able to observe. I feel like social media is a great thing to distract yourself with and to hide into. Consuming social media really creates that space of not needing to express myself and instead just being able to be at some wavelength of what everybody else is thinking and feel self-assured that I can just criticize. You can just vibe your mental wavelength with everything else that’s going on that’s not your own idea. It’s just consuming other people’s ideas. It’s like the anti-creation.

Getting off my phone made feel like life slowed down a lot. When you’re not living those moments — when you’re distracted constantly — time goes by a lot quicker. If I’m in the car on Instagram for the entire ride, I’m teleporting my consciousness from one place to the next. I’m not seeing what’s going on. The same thing goes with your attention and consumption of your entire life. You’re not thinking, you’re the backseat to someone else’s consciousness. There are definitely positives to it, like being able to share things and connect with people, but when you don’t give yourself time to be bored, the days seem really short and you just teleport through your own day.

Canceling that out, you create more time. If you want to live longer, spend more time in the present moment. 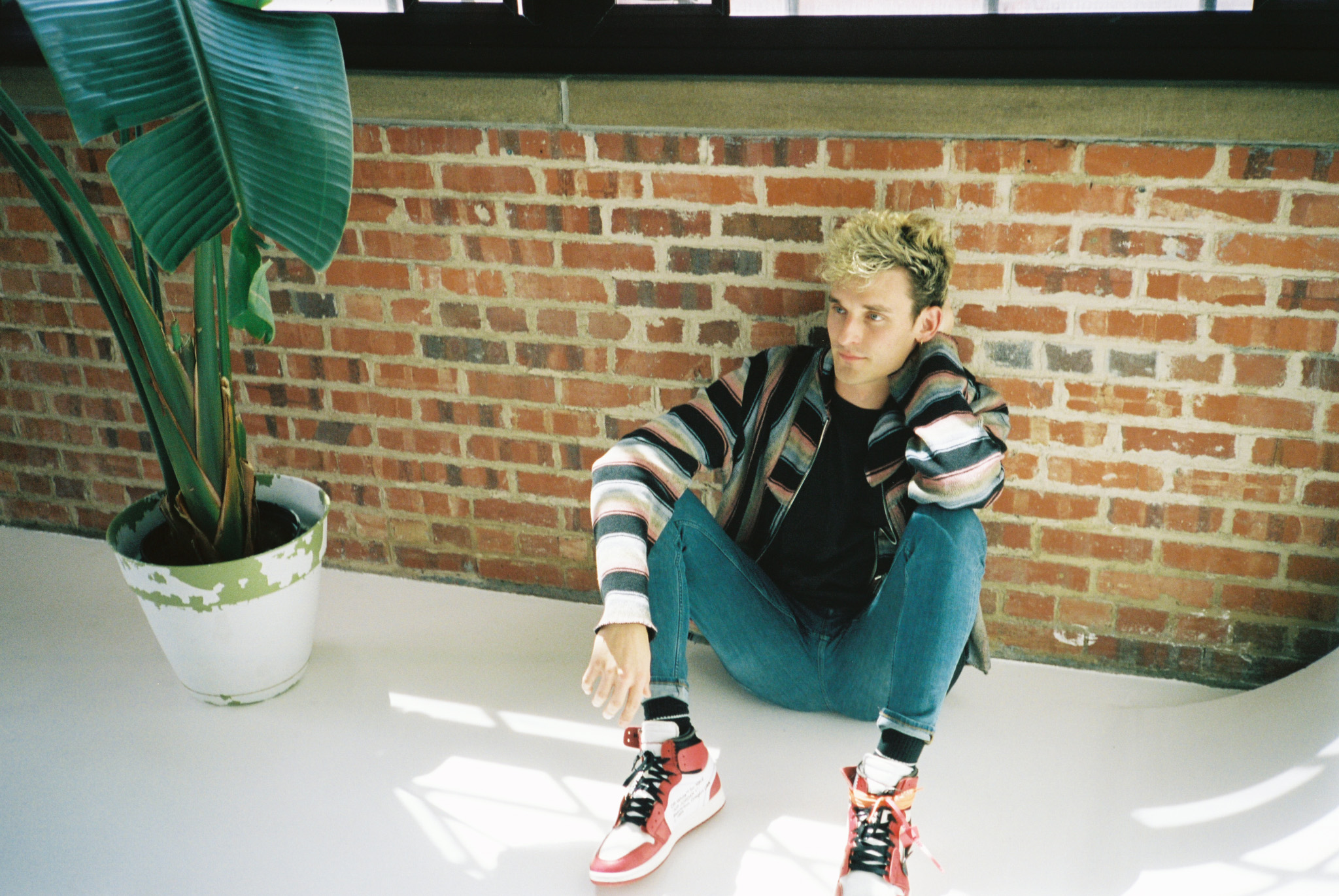 303: I completely agree. One of my favorite places to be present at is Red Rocks. Why is this the last Red Rocks performance for GRiZ?

GK: I love that venue so much. The fact that I got to play there was outstanding. It’s crazy. I’ve always attempted to contribute and I love throwing a party, but I love being able to contribute something new. I want to add a level of something new, I want to express some level of technical wonderment or some really cool show, something that’s next level for myself. There’s a point where I feel like I’ve done everything for now that my mind can come up to. I don’t have any more ideas — we can’t flex the budget any further. I don’t make money on these shows. I throw all the money back into the shows. I just want to make experiences happen, that’s what I’m most interested in. I also don’t want to charge people more money for this show because I don’t think that’s fair. I was a waiter for so much of my life, I fought tooth and nail to get out of that situation and I was so broke. I want to give everybody who loves the music a chance to see it without pricing people out of that opportunity or make them choose between two of their favorite shows.

On the business side of things, I need to be able to seat more people and have some more phenomenal shit to show. With Red Rocks, I know we’ve maxed that out. I am so fortunate to have spent years at that venue, and I’m excited for the next chapter. I feel like there’s a necessary farewell that needs to happen out of respect to the legacy of shows we’ve done there and out of respect to the fans and the desire to play that venue one more time and celebrate the time we’ve spent at that place.

I want to create a new tradition and show people something new. 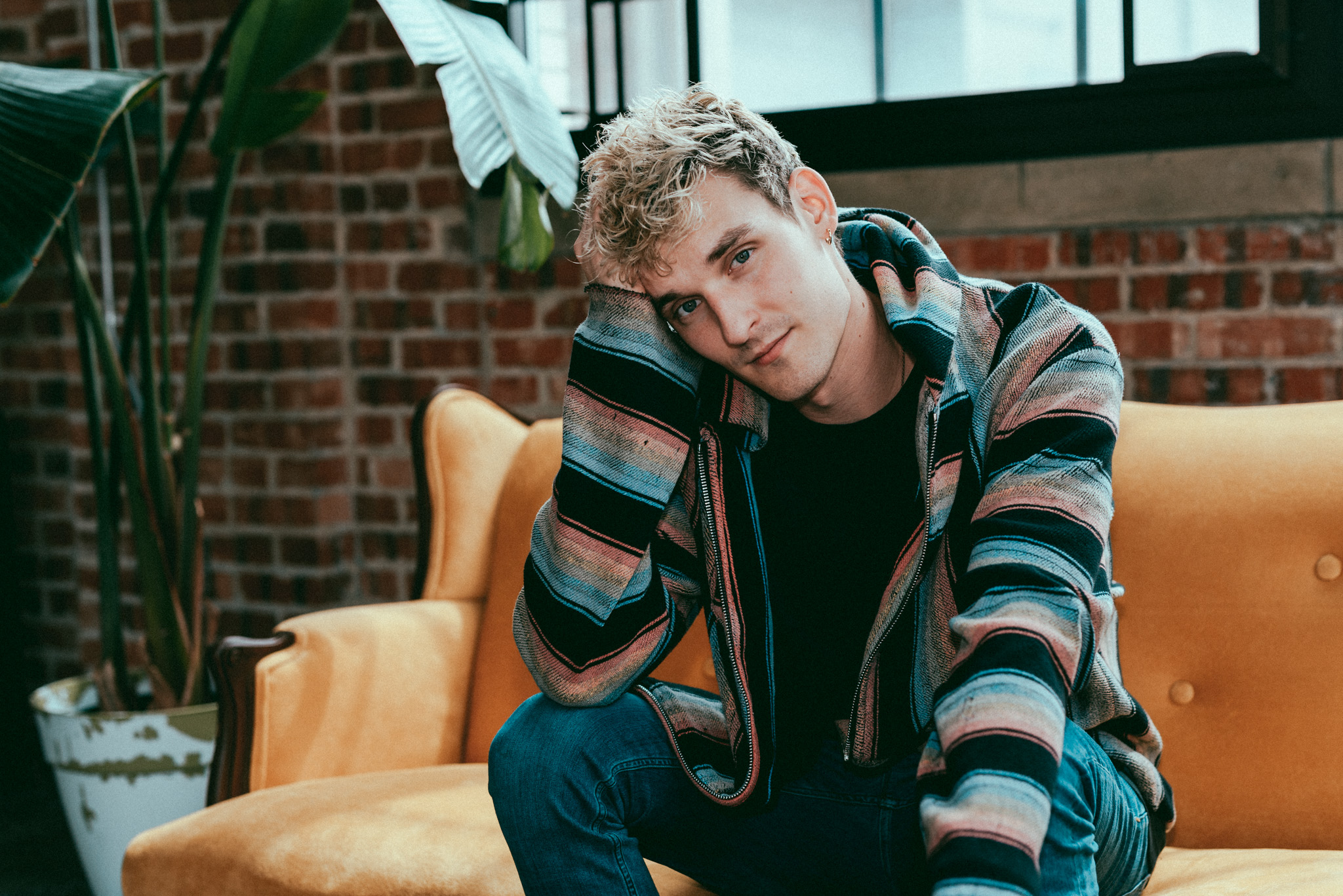 303: Is there something in the works for a new tradition now?

GK: Yeah, we already got it. It’s going to be in Denver, it’s a really big venue and we’re really excited.

303: So your Colorado fans can look forward to a new annual event?

GK: Yeah, I really hope so. I’m working on the next big thing. We have so many things in the works currently. Good ideas take time. They take practice and patience and in order to properly do something, you need to give yourself and your team enough time to achieve that goal. I want to do really quality things and push my own boundaries. But it’s a delicate balance of wanting to always make the next best thing and giving yourself time to develop the idea.

So yeah, this is our last year at Red Rocks and it’s going to be a beautiful experience. I was going to bring the band, but I really wanted to do the Ride Waves show and I really wanted to do a celebration of music I’ve played at that venue over the years. So, one is going to be a 10-17 set, which is music from 2010 to 2017, and then we’re going to do the Ride Waves show. Maybe we’ll bring the live band back for something later in the future.

Pre-sale tickets, including GA and VIP, will be available from Tuesday, May 7 at 10 AM MT until Thursday, May 9 at 10 PM MT, with password ‘ridewaves’. The general on-sale will follow on Friday, May 10 at 10 AM MT. All tickets are available HERE.