Far from an overnight success, Denver pop star YaSi, aka Yasman Azimi, has steadily climbed the industry ladder for the past five years. Following a show-stopping opening act for Snow Tha Product at the Mission Ballroom in December 2019, Azimi signed with United Talent Agency. What followed was three hectic months of performances, including opening for Teyanna Taylor and embarking on her first national tour with Raja Kumari and IYLA. The stage was set; It was time for her to blow up. And that might have happened, if not for the global pandemic. As her busy touring schedule screeched to a halt, she shifted her energy to develop her new EP Coexisting with Chaos, a wonderfully chaotic project that represents both the state of the world and Azimi’s state of mind as she begins to gain a national audience.

Released a year after the initial global lockdown, the title “Coexist with Chaos” is a fitting one. “The whole record is trying to give different ways of coexisting with chaos and questioning how you can coexist with everything around you,” Azimi said. From the opening lyrics on “A Troubled Mind,” where she sings, “who am I when nobody can hold me?,” it’s clear that the negative implications of isolation had a serious impact on Azimi’s mental wellbeing. The apocalyptic tribal anthem rages on, begging you to expel your demons with its sound and lyrics. “How do we get the demons out?” Azimi inquires, her voice saturated with hauntingly sinister, slightly robotic effects. 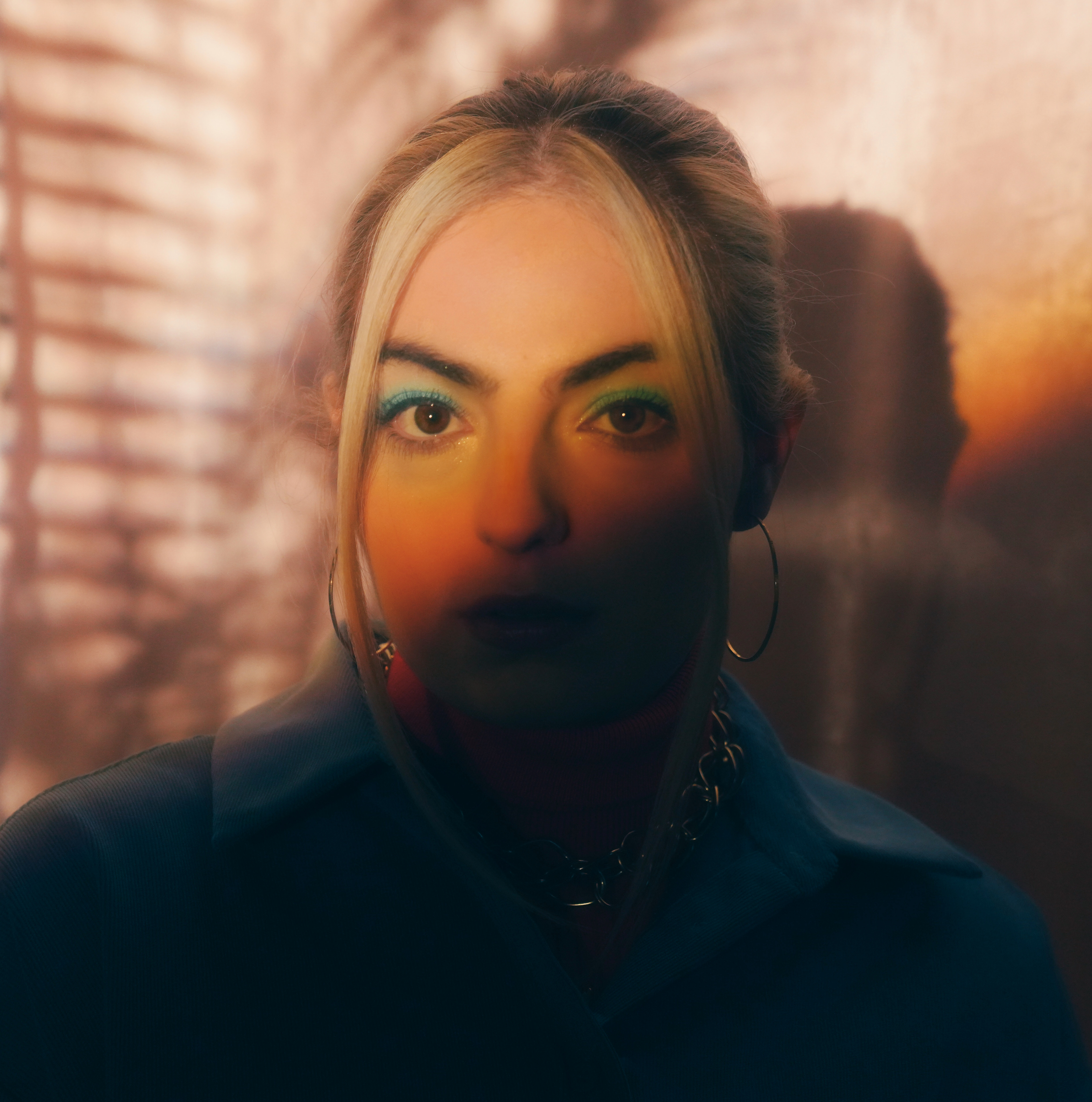 “I had to come to terms with my demons and some of the things that were holding me back,” Azimi explained. Last year, many people struggled with a similar existential crisis brought on by isolation. Each person dealt with these feelings differently. Some people binged Netflix shows and dove into the virtual world of video games to escape their thoughts. Others exercised and embraced new hobbies to fill the void. For Azimi, music was her doorway back to sanity.

In the months leading up to the lockdown, Azimi had limited time to digest her emotions. Every night was a different stage, business meeting, or studio session. When this whirlwind came to an abrupt end, Azimi’s world became eerily silent.

“I didn’t really take the time to figure out where I stood with my emotions. So it was really uncomfortable and I never really got to the core of it until I started working on my record. My record helped me go back to the things I was struggling with.”

For Azimi, music is more than a gateway to analyze her psyche. It’s also a way to embrace community — an especially crucial element in coping with the disastrous 2020. An only child, Azimi always longed for a deeper sense of fellowship, and she found that in music.

“Music is all about human connection and most of the artists that I’ve worked with, we all have this sense of like, we just want people to understand us and we want people to hear us. I’m an only child. So it’s like, I always felt naturally alone. Music helps me get out of that.” 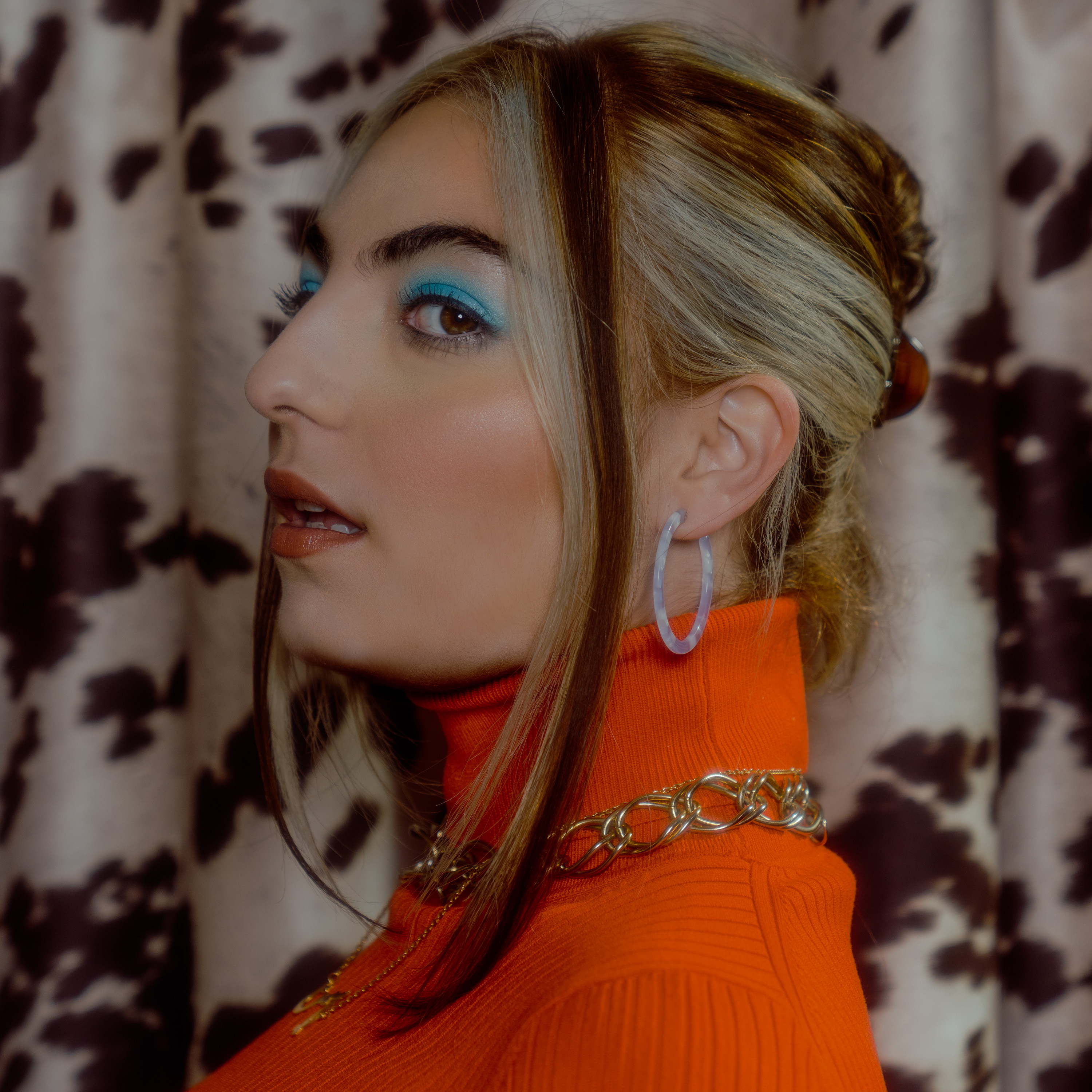 Her new record, as a whole, takes itself seriously. Themes of fire, chaos and anarchy are scattered throughout the project on tracks like “The World is Burning” and the beautifully composed closing track “Inferno.” Speaking to the Iranian struggle deeply rooted in Azimi’s personal experience “Inferno” is equal parts emotional and imposition. Aside from the lavish and chaotic instrumental, Azimi uses the space to speak to the powers that be, closing the album with the final line “you can’t kill a martyr.” Azimi is speaking on behalf of her Iranian heritage, condemning the political violence in her home country and pleading for fair treatment for all Iranians in the U.S. “Inferno” is the flame burning down the system that suppresses the Iranian culture.

Not every track on Coexist with Chaos is so serious, though. Azimi made sure to include songs listeners can dance and laugh to, such as “Guilty” and “Drama Queen.” For Azimi, it’s equally important to provide an escape with her music as it is to provoke thought and analyze the damaged world we all live in. “Guilty,” already a fan favorite is a great excuse to forget about your troubles and dance the night away. The bouncy pop song is a clever and relatable narrative about the thin line between flirting and cheating. The funky baseline and contagious guitar licks are just as fun and engaging as the playful lyrics which work in tandem to create a lighthearted and easily digestible song.

Azimi clearly had fun creating this track with her co-writer Jon Lundin, but she wasn’t always so comfortable in the studio.

“In the beginning, I was like, I have to prove myself or else this is the end of the road for me. Like, I need to come out with a great EP so everybody on my team still believes in me or, you know, just have some sense of ‘I am a real artist.’ So, it was really intimidating going into that at first. And there was a lot of pressure that I put on myself. But now at the end of it, I realize that I just have to keep making music, like that’s all that it really comes down to.”

The pressure is understandable. Azimi isn’t just a local Denver artist anymore. She’s signed to an international agency whose roster includes superstars such as 21 Savage, Dominic Fike, Chance the Rapper and hundreds more. It’s nice that local talent is getting recognized, but this newfound status comes with responsibilities.

“There is a point of running a business where you need to show some results in order to move up in the ranks. And that has been something that I’ve had to talk myself on and off of a ledge of.”

Unfortunately, in the modern age of streaming, thousands of talented musicians and great songs get unnoticed in the vast abyss of new releases each and every day.

“It is hard when you’re like, oh, one of my songs only has a thousand plays on it. Is that going to get me to the next level? But then you really have to think, there are songs that you hear which might have a hundred plays and it might be the best song that you’ve ever heard. And that’s something that you can’t put too much emphasis on because there are so many people with so many followers.”

To make matters worse, the inability to perform live music last year meant that streams and followers became the only measure of success for new releases. Thankfully, with millions of Americans getting vaccinated every week, live shows are once again being booked. Seeing fans sing along to your new songs is a feeling unmatched, and Azimi is excited to finally rekindle that connection again this summer, saying, “hopefully once we get live music back, artists can get back to opening up that fan and human connection. Cause I know I fucking need that.” 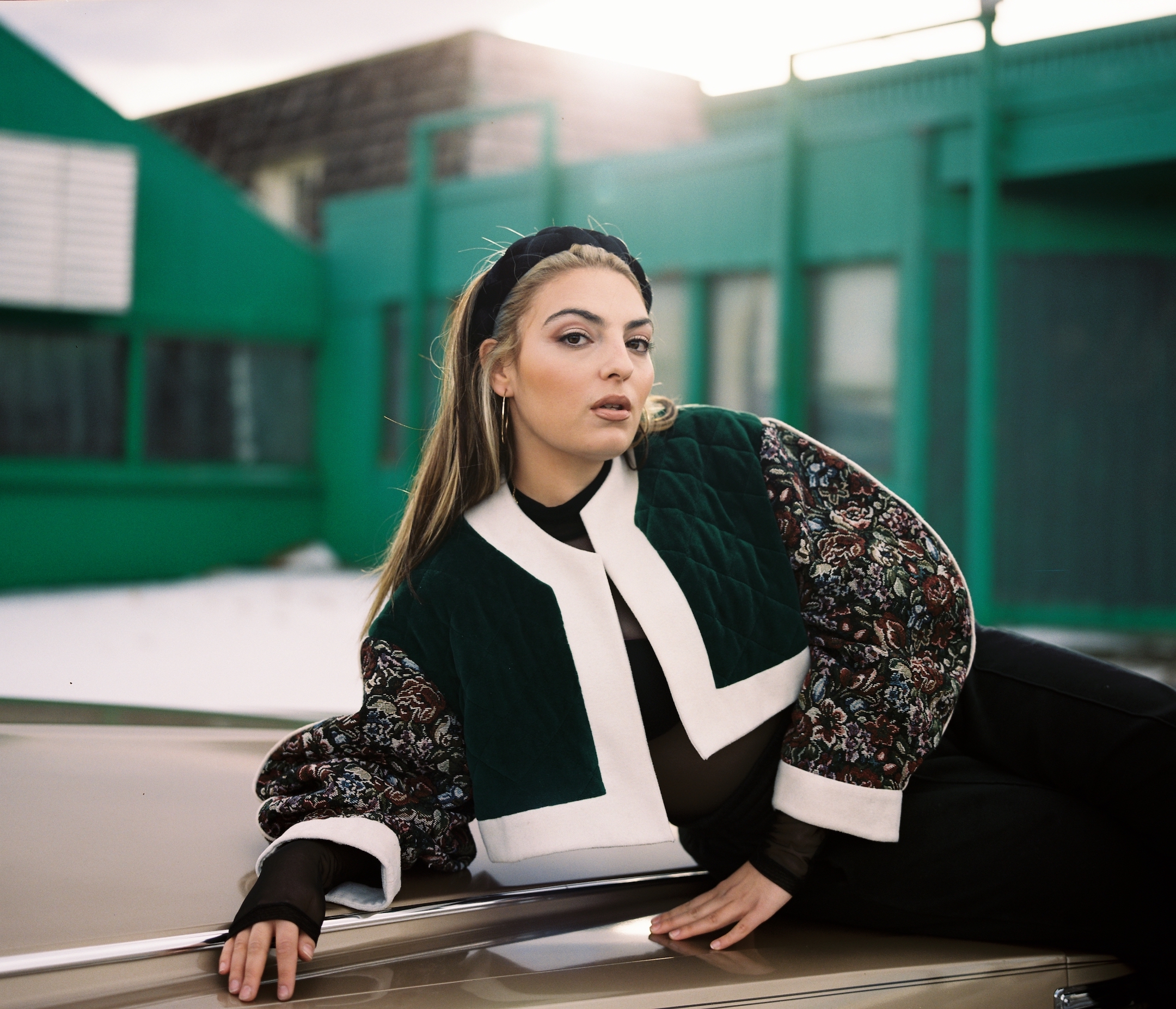 Luckily for Azimi, her fans love to watch her perform. Last year, on her first national tour, people routinely introduced themselves after the show, insisting that they bought a ticket specifically to see her perform.

“As an opener, it is cool to go when I went to different cities, and I would have people be like, ‘I only came for you.’ And I’m like, what the fuck? Are you sure? It’s cool to see like, who is that person? What are they like? What are their favorite songs? So I think as artists we’re really missing that huge chunk of why we do what we do, which is real-time connections with fans.”

Although Azimi is flying back and forth to L.A. for studio sessions with Grammy-winning producers, she’s careful to stay grounded and refuses to become a product of the music industry that’s tainted so many kind and innocent artists. She spends hundreds of hours writing music she’s proud of, regardless if it goes viral and achieves overnight success. As long as she enjoys creating and performing her music, she’s happy.

Of her success, she says “however it happens, it happens and you know — if a song goes viral tomorrow, fuck yeah. I’ll never not want to be viral because it helps, you know what I mean?”

Coexist With Chaos may not have gone viral (yet), but that isn’t a reflection of the quality of the record. Some of the most classic albums of all time didn’t get their spot in the limelight until years later (Pinkerton by Weezer, and Bleach by Nirvana, to name a few). Regardless of the numbers Coexist with Chaos has produced in its first few weeks since the release, Azimi is proud of her new EP.

“[Coexist with Chaos] is out there and it’s ready to be found by whoever is willing to find it. And it might not be like these big numbers that I was initially hoping for, but from what I’ve heard from people around me, it takes a year for projects to really get up off the floor. And it’s not even because the music’s bad or whatever. There’s just so much new music coming out.”

In this industry patience is a virtue, and Azim is willing to wait as long as it takes to reach stardom as long as she can keep making music.

“I’ve just learned to really become patient with the process and realize that if I’m not an overnight success or if I don’t go viral tomorrow, I’m not a failure. I really just love to create music and I love to do creative things. And it’s something that I’ve had to constantly remind myself of.”

You can catch YaSi opening up for Neoma at Levitt Pavillion on June 4, 2021. It is a free show but you must reserve a ticket beforehand, available here.