D-Trait Plots His Course To the Top of the Charts

In recent years, “overnight success” has become an increasingly popular descriptor of musical artists who skyrocket to the top of the charts – seemingly overnight. However, what that particular label neglects to recognize are the years of hard work and dedication that lay the groundwork for this kind of achievement. To some, it may seem that this type of label points to an artist who achieved success no one could have anticipated. But for those paying attention, the years of commitment and diligence should serve as a neon sign of potential. If you’ve been paying attention in Denver, you may have noticed glimmers of that potential in D-Trait.

Born Tunde´ Williams, the local rapper has always been surrounded by music. In his youth, his home was filled with rap, afrobeat, reggae, dancehall and gospel — the influences of his father. However, it was his mother who infused the household with the smooth melodies of RnB, jazz and opera. 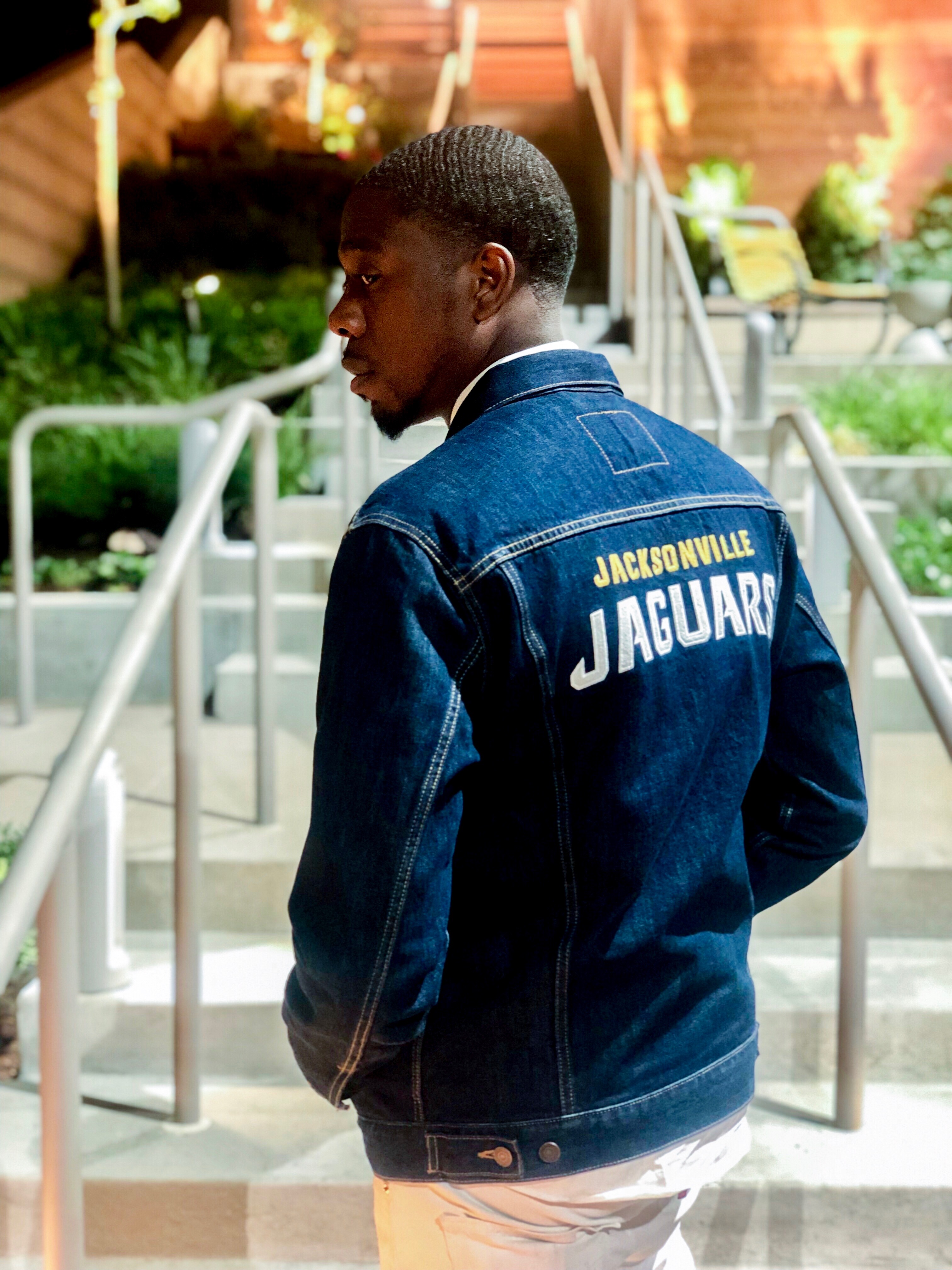 “Music is actually something I’ve always been passionate about, ever since I was a little kid,” D-Trait told 303 Magazine. “Even going back to being like, three years old, you know, I always used to beatbox and make noises with my mouth.” By the age of six, he was adding lyrics to his beats.

By the time he reached adolescence, the rapper had developed other interests in addition to music — namely, sports. However, his passion for music always found space and even earned encouragement from his peers. Riding the bus to other schools for games, he often found himself rapping for the entire duration of the trip. “I’d never say the same thing twice, and people were always enamored with that,” he recalled.

Along with impressing on bus rides, D-Trait also dominated rap battles in his youth, which he believes helped mold him into the artist he is today. Battles rap taught him how to fill his lyrics with punchlines, schemes and, most importantly, the art of entendre. “If you have those three things and you do them well, you’ll either win a lot of battles or you’ll never lose. I personally never lost, which is a blessing,” he explained.

Combining what he learned from battle rap and freestyling in the back of the bus, D-Trait spent his adolescence learning how to write good songs through trial and error. The artist knew his ultimate goal was to find a way to make his music as exciting to listeners, just like he got excited about his influences growing up.

“Growing up, Fabulous was always one of my favorite rappers because I feel like his punchlines are always crazy, but he was so smooth with it was subtle. He didn’t have to do too much,” D-Trait explained. “He didn’t have to do these long, big pauses for dramatic effect. To make you pay attention to the punch line, he just said it. And it was beautifully woven into the context of what else he said around it.”

Fast forward to adulthood, D-Trait pursued his passion in his free time – playing as many shows as possible while he wasn’t working full-time for a bank. “In 2017, I probably easily performed well over 250 times, you know? So it was just like every week, everywhere I could be, I was there. I was at every single open mic. I was on every local show I could be on. I was just doing the most.” 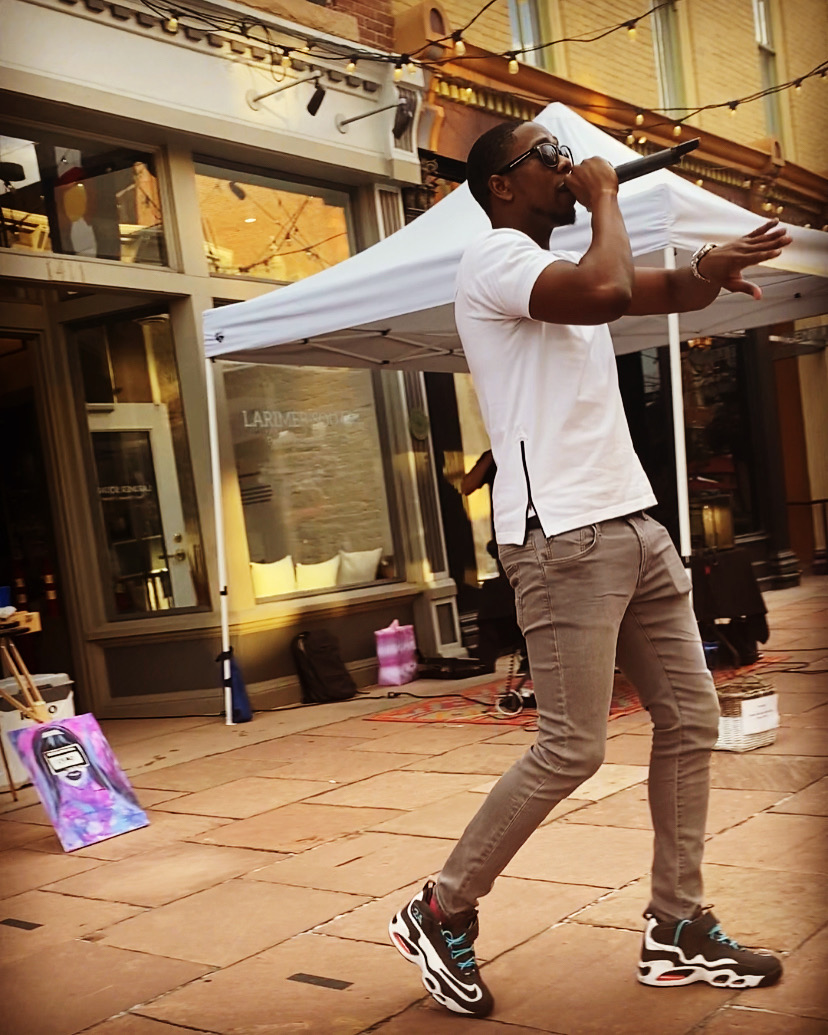 The next year, the shows got bigger. Then in 2019, D-Trait went on his first tour. His life had become a series of long days as a high achiever managing million dollar accounts with the bank, contrasted by long weekends filled with shows. Eventually, he was spending more time on the road than at the bank. Ultimately, he made the decision to leave his job at the bank altogether.

Then, less than a year later, the world of music and entertainment came to an abrupt halt as COVID-19 swept across the world. D-Trait had quit his job to focus on music full time, and suddenly the performance opportunities he needed to get by financially had disappeared indefinitely.

He had planned on spending his nights introducing music enthusiasts to his music at live performances, instead, D-Trait pivoted to songwriting – not just to build his own discography, but to help others tell their story. 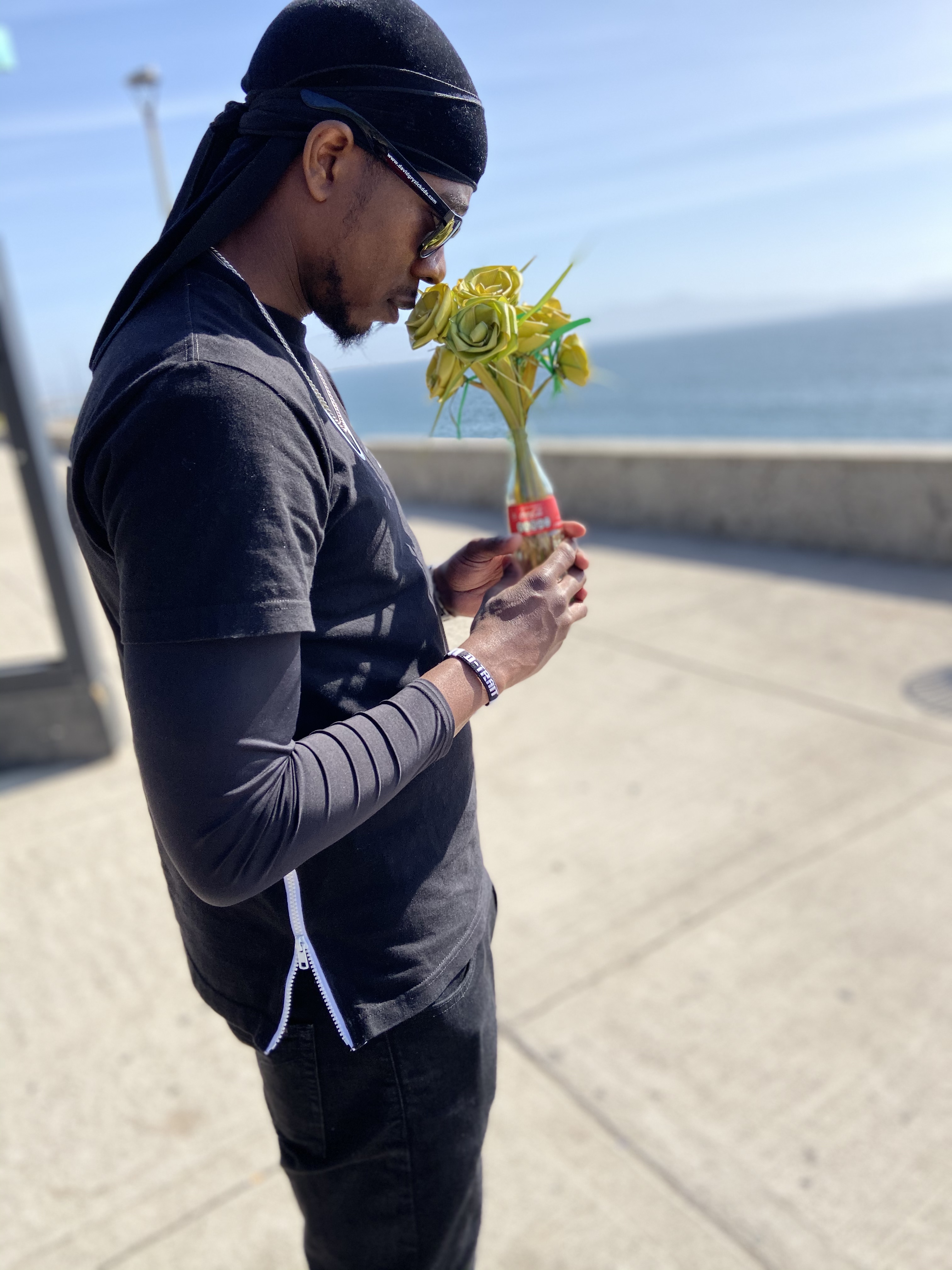 “I’ve always wanted to write songs for other people, and that’s always been a strength of mine – writing for other people,” he explained. “So, in 2020, that has been one of my greatest wins: being able to establish myself as a staple in the community as the go-to guy if you need something that’s going to slap right now, is gonna be radio-ready right now like it sounds like it belongs on the charts right now.”

Making the best of a horrible year for musicians, the local rapper and R&B artist feels that he has refined his sound. After years of experimenting with what his sound is and helping others try to do the same throughout quarantine, D-Trait feels on the verge of greatness.

“I feel like it’s really important for every artist to find themselves. You have to find yourself and who you are as a human being. But you also, furthermore, have to find yourself who you are as a musician,” he explained. According to D-Trait, who he is as a musician lies in his ability to be both the rapper and the talented vocalist featured on the track – he’s the full package.

It appears there’s nowhere to go but up for the local artist – and his plans are in line with that trajectory. In the next year, he hopes to gain a sync placement – a type of license that allows music to be used in audiovisual work, like a TV show or commercial. In the next five years, he’s looking to have his first Grammy.

The overnight successes and chart-toppers are often artists who marry the emotion of their lyrics with the feeling of the music. They define the sound of generations, or sometimes just their local area. With much of the music industry holding its breath to await what will happen in 2021, it’s impossible to predict what the future has in store for D-Trait or any other artist. But, if things go according to his plans, then the future will see many plaques on his wall, and at least a couple of Grammy’s decorating his desk.

All photography provided by D-Trait.