Ramond Murphy, Denver Musician and Entrepreneur, Puts His Money Where His Mouth is

Before Ramond Murphy agreed to collaborate on the track “I Can’t Breathe (Again,)” he hesitated. The weight of the world was heavy, he recalled, and he wasn’t sure if he was prepared to express it — protests, news of police brutality and the heat of a pandemic were urgent undercurrents. But a producing group, Barber Shop Uncut, reached out to Murphy and other Denver artists with the idea for a song to embody exactly what was going on in the world in the hope it would reach an audience. When Murphy showed up to the studio session, the only thing written was the beat.

“If you feel something, do something,” Murphy remembers being told. “If not, just come kick it.”

Murphy felt something, as did the other musicians on the track, and “I Can’t Breathe (Again),” a song about despair and determination in the wake of the death of George Floyd, Breonna Taylor and the other black American lives lost to police brutality, went viral (it currently has around 53,000 views on YouTube.)

Murphy is a local hip-hop artist, Aurora native, CSU graduate and an industry veteran, but he said the reaction he received for “I Can’t Breathe (Again)” was unmatched. “I’ve never heard as many people tell me they cried when they listened to my song before,” Murphy said.

“A lot of people don’t have anybody to talk to about it. To embody the heaviness of some of the stuff that goes on in the world — I feel like it was a powerful moment.” 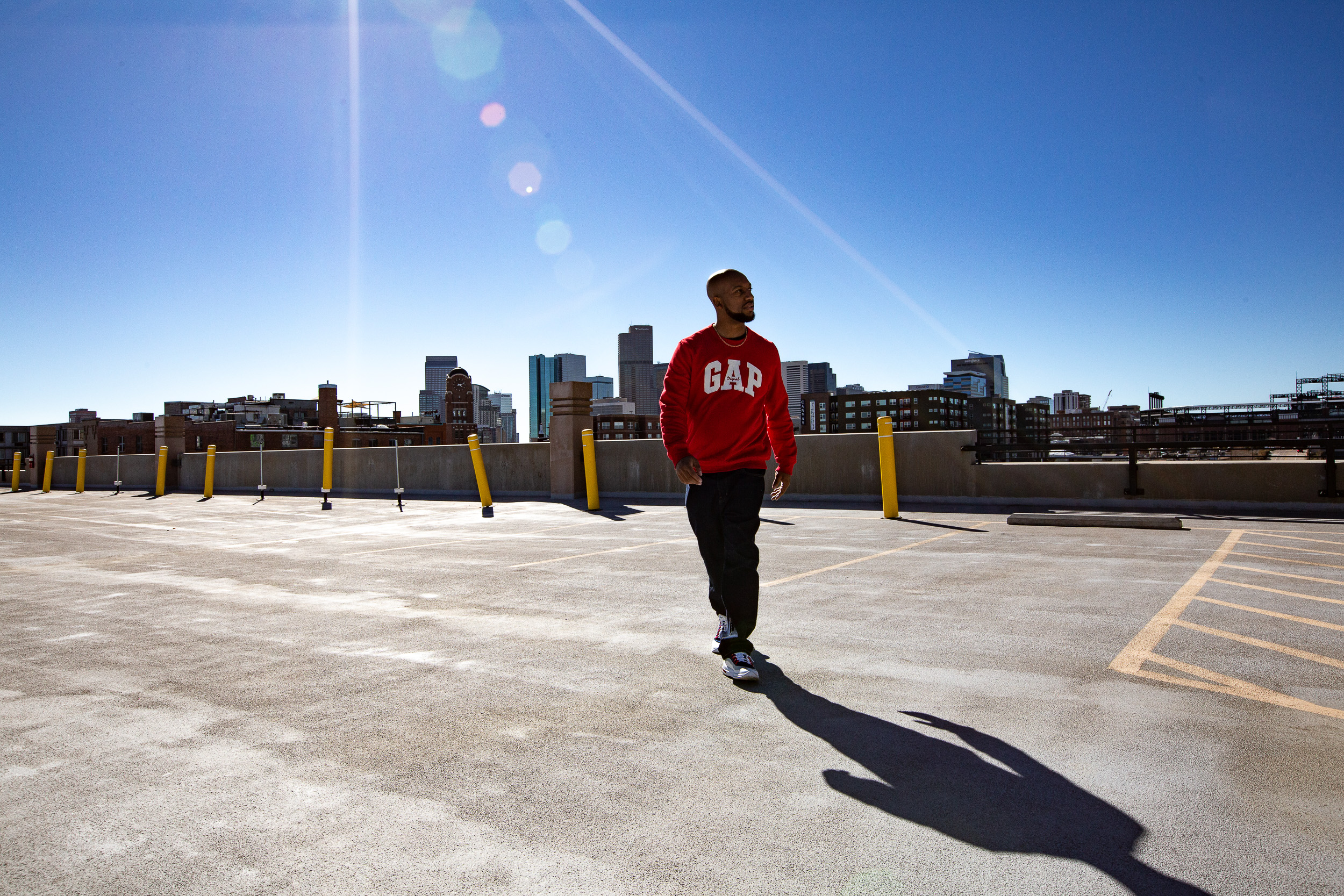 The BBLK App — launched on September 4 — is active in all 50 states and shows users the way to at least 20 black-owned businesses in each state, with the largest market being Denver.

“The feedback we’ve been getting is amazing,” Murphy said. “It just shows us that it’s a product that’s needed and wanted around the country.”

Murphy’s latest endeavor as an entrepreneur is only the latest stretch of his influence and voice. Last year, Murphy wrote the soundtrack for Black Sands — a graphic comic turned animated DVD about black heroes in mythological stories. Black Sands was created by Black Sands Entertainment and offers a fictional world that describes more than the mainstream narrative of European folklore and heroes. Although Black Sands Entertainment is Brooklyn-based, Denver music fans will be delighted to see other local artists like A-Meazy, Kid Astronaut and others on the soundtrack.

In the words of horror novelist Stephen King, “Amateurs sit and wait for inspiration. The rest of us just get up and go to work.” Ramond Murphy knows how to work in ways that are creative and inspiring, and does them in a social climate where action is not just appreciated, but necessary.

“This time feels different,” Murphy said of the effect of recent protests on racial justice. “The key is the follow-up.”

Murphy said he sees the protests, the economic push or “reallocation of money,” and real solutions being brought to the table as a promising way of the narrative changing. And there is no fairer way to read a narrative than through experience.

“When you have experiences like that, it kind of just changes you,” Murphy said. “How you move and how you are — how you interact and what you think about.”