The term “band” is an understatement when trying to describe exactly what déCollage is. The Denver outfit is a digital media project, music collective and installation art project all rolled into one — the output from the magically weird mind of artist Reed Fox and percussionist Adrian Wright, synth player/bassist Ben Weirich and synth player/guitarist Kris Becker. Released October 21, “If Birds Gathered Our Hair For Nesting,” déCollage’s newest single, is a work spanning nearly a decade and a wide range of recording studios.

A song with that much history presupposed before it’s release must be a doozy, and it does not disappoint. Wildly colorful and kaleidoscopic both in sound and in visuals, “If Birds Gathered Our Hair For Nesting” takes listeners into a glistening wet acid dream in a sea of glitter.

A hodge-podge of percussive bits mosaic the song, settling comfortably underneath bright chip-tune vocals and whirling synths. Aquatic samples drip slowly throughout the song, while hip-looking dancers in bright makeup and wigs slowly pirouette. Fox, at one point, reluctantly eats iridescent paper before an astronaut holds him in a tender embrace. Bits of fluffy cotton and colorful sprinkles stick themselves to people’s faces, while pixelated bloops and blots of color dot the screen. Recalling the Centipede Hz-era of Animal Collective, “If Birds Gathered Our Hair For Nesting” is a cohesive meld of a pop-influenced foundation, acid-soaked instrumentation and post-modern key signatures, all coming to life in a psychedelic fever of a music video.

“The moment that I heard the song I knew that I wanted to be part of the video aspect of it,” videographer Daniel DiMarchi of CODO Productions, who directed the music video, said via email. “It’s probably my favorite DeCollage song to date.” 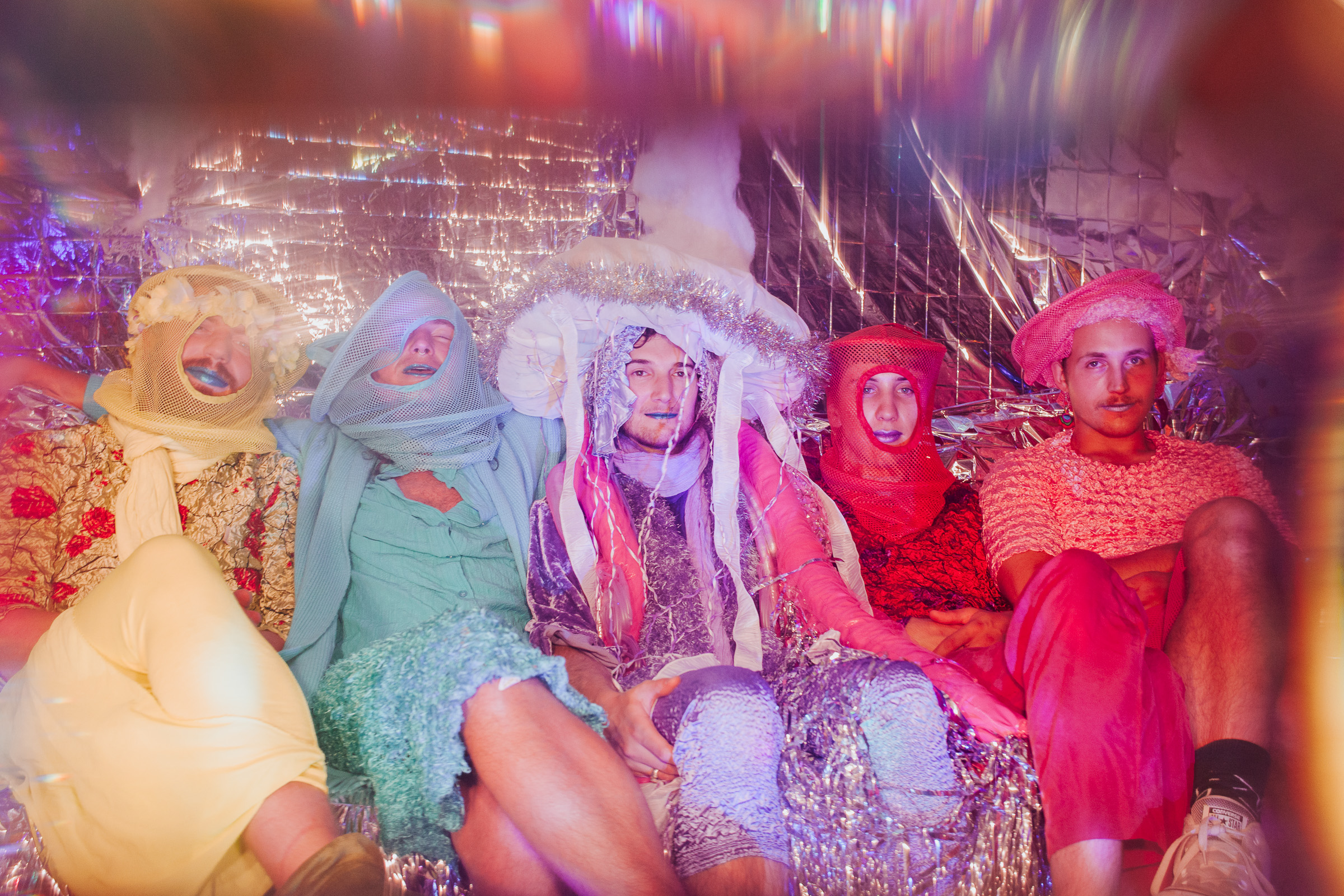 Weirich broke down the songwriting process of déCollage, explaining that Reed had a cache of songs he’d written over the years. “When I joined the band in 2016, déCollage was going through a transformation,” Weirich said via email. “Once the new iteration of the band settled, we began to strip all the songs Reed had for years and completely re-arrange them.” The band wanted to capture the spontaneity of Wright’s drumming and Weirich’s bass lines, and slowly fill the song in, piece by piece, from there. “Somewhere along the road, we got the insane synth and guitar tones of Kris Becker to sprinkle on the top of what we had been working on,” Weirich said.

From French classical composer Maurice Ravel to the improvisational stylings of Sun Ra to a “healthy obsession with all things Deerhoof,” the members of déCollage all draw from a wide array of musical influences. Those influences are prominent in the straightforward embellishments and creative subversion of standard tonalities heard in “If Birds Gathered Our Hair For Nesting.” And with a song like this that has so many moving parts and little minute details, it really is no wonder it took so many tries to get the recording perfectly right.

“If Birds Gathered Our Hair For Nesting” is now available on all streaming platforms.