There’s something rather off-putting about Reed Fox’s newest track “Nebulance.” It’s almost as if the track is an intergalactic probe, intentionally calibrated to send anyone within earshot urgently hurling themselves toward the dance floor. Trills of a rolling tongue ricochet against yelps and signs, as a relentless bass synth surges underneath, transporting listeners to some otherworldly destination straight from the pages of Fifth Element. Assisted on the track by Cassidy Bacon aka Sidy Baco of The Whimsy of Things, the four on the floor house track is unusually weird but extraordinarily fun.

Fox is a chameleon of sorts in Denver’s music scene, a part of so many projects with so many distinctly different personas it’s hard to keep track. Apart from his solo work as a DJ and producer, he’s half of art pop outfits déCollage and Bun Bun as well as a member of Moon Hammer, a supergroup comprised of a number of prominent Denver bands. Bacon, who comes from projects like Other Black, Ghost Tapes, Eldren and more, sees her authentic voice reflected in her own project The Whimsy of Things. Fresh off her band’s debut self-titled album which Bacon says, “mixes ethereal harmonies with quirky melodies and folky lyricism, and also quite a bit of attitude,” Fox taps a little bit of everything in Bacon, as she brings her singing and keyboard abilities to mate with Fox’s production skills. The result is an interplanetary dance party of comet-sized proportions. 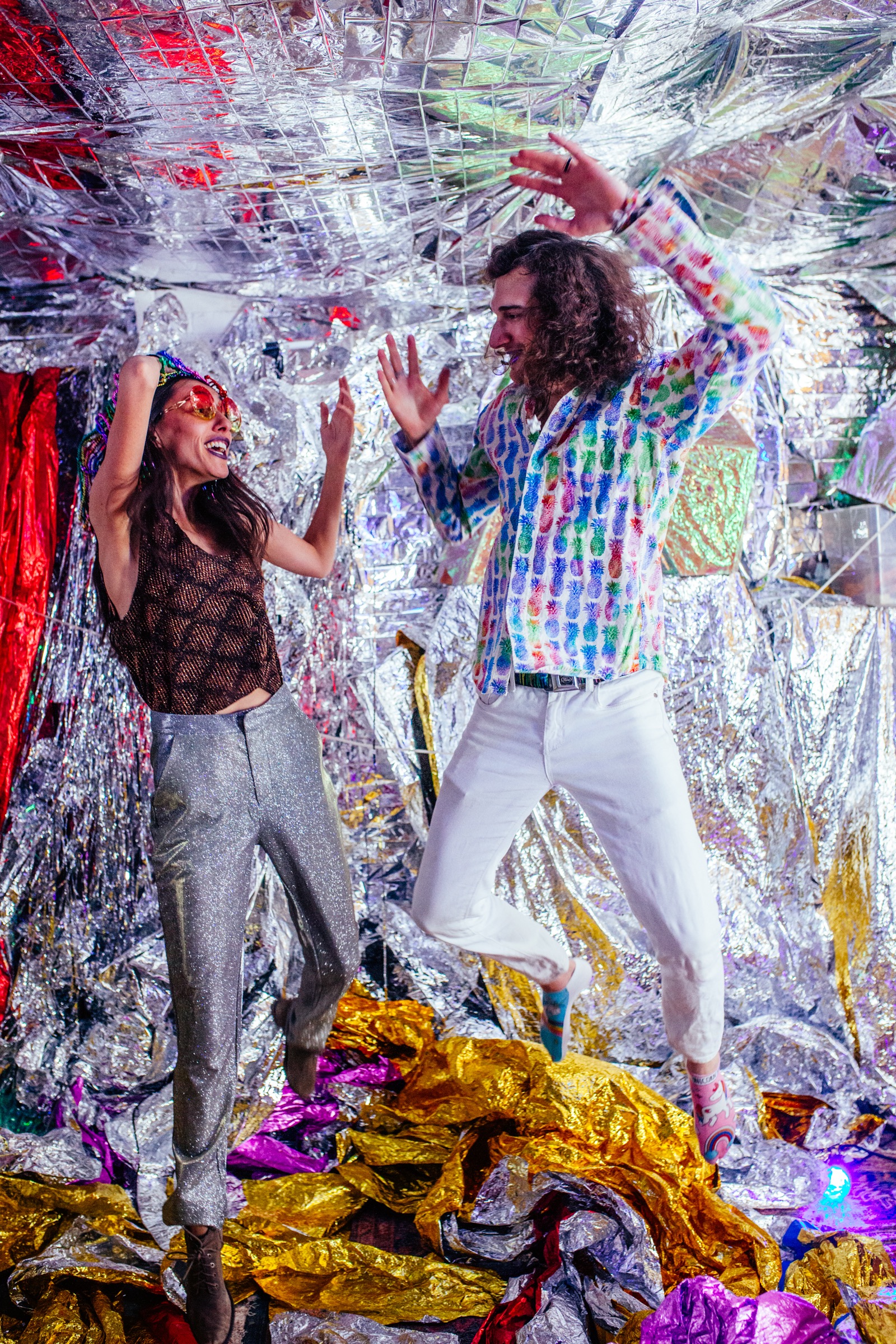 For as much chemistry as Bacon and Fox cultivate on “Nebulance,” it perhaps may be the result of the nature of their initial meeting — which would appear to be written in the stars. Meeting at a music business meet-up at Syntax and reconnecting at one of the last house shows in the old Moon Magnet house before it was demolished, Bacon and Fox bonded over the quirkiness of “space” and house’s ode to that.

However, it wasn’t until Bacon and Fox met up again at a pop-up music festival at an Evergreen ranch last year that the idea of collaboration quickly manifested itself.  From this union, “Nebulance” was born, from a sample of a creaky Cheesman Park swing of all things (hence the reference to Newton’s Laws of Motion in the track’s intro), chopped up vocals and the trial and error of what could have been a million synths sounds, no less.

The track, which officially comes out Friday on most streaming platforms, will be one of a handful of tracks to appear on Fox’s yet to be titled full-length album, set to be released in the near future. In addition, the DJ and producer has recently released tracks alongside local musicians Motion Trap and Levi Double U.

You can catch The Whimsy of Things alongside Eldren and The Savage Blush at Larimer Lounge on August 17, and you can catch Reed Fox pulling double duty as he performs with Bon Bon and déCollage at this year’s Underground Music Showcase from July 26 – 28 across venues along Broadway.

All photography by Juli Williams.