If you know anything about local fashion entrepreneur, Karmen Berentsen, it’s that she has an impressive track record of leading companies to success. From selling two thriving tech companies to becoming the owner of A Line Boutique in 2012, her entrepreneurial vision guides her no matter the industry.

However, in her new memoir, Learning to Fly, she does not hold back when telling the emotional story of her journey to success. Her honesty and vulnerability shine through as she dives into personal hardships such as the passing of her mother, failed marriages and her difficult path to self-discovery. Proving success isn’t always black and white, she hopes to inspire women to live fully and authentically. 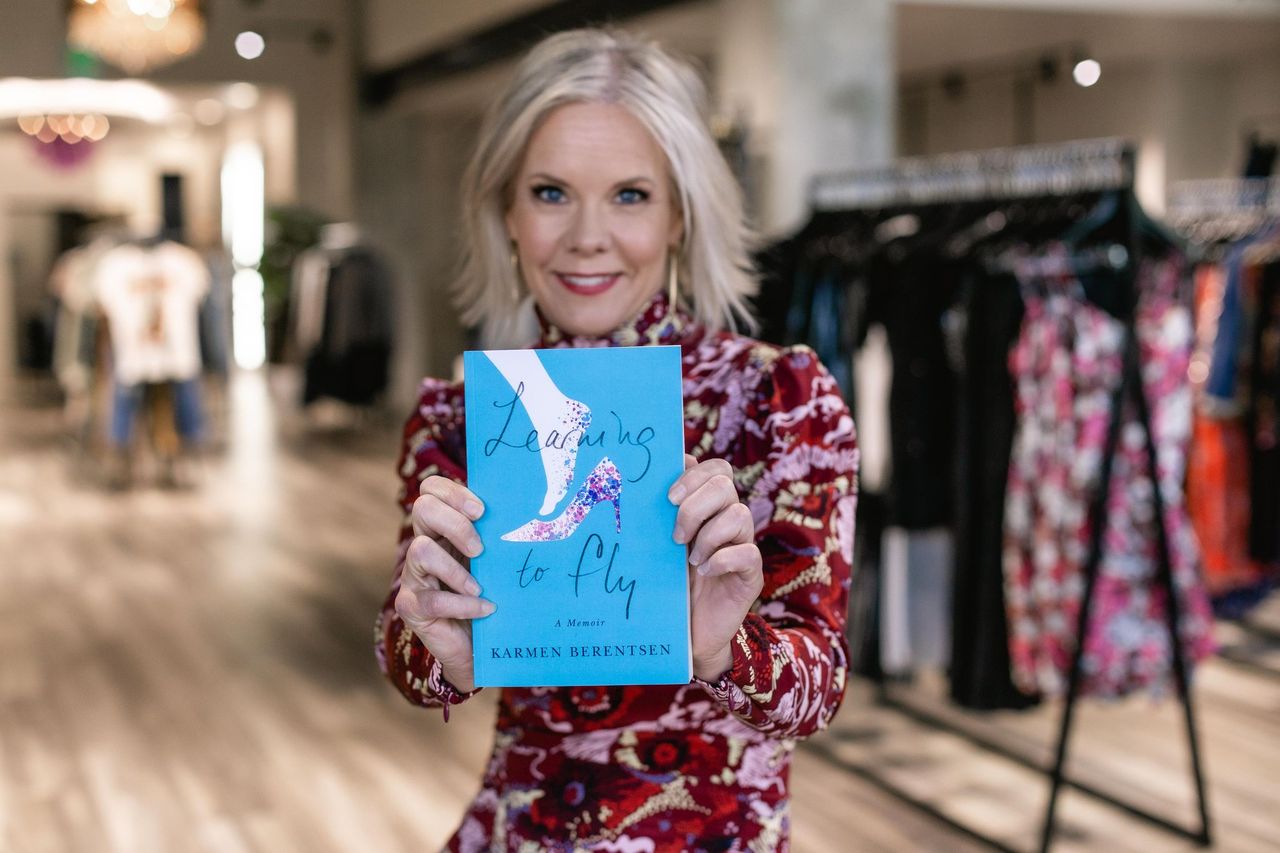 “Our stories are beautiful, that is what makes this so cool, everyone has a unique story,” said Berentsen.

In an interview with 303 Magazine, she recalled the realization that made her want to share her story. “Because of my financial success and all the boxes I felt like I had checked, I was at a point where I could ask, ‘what do I want to do?’” she explained. “I didn’t realize that I was doing everything I thought I needed to do to get what I wanted, versus actually what I wanted to do.” Feeling as though she could finally be open about her past, she knew she wanted to write about it. “It’s a story, it’s real,” she said about her journey.

Learning to Fly takes you through Berentsen’s trials and tribulations of working her way to the top while dealing with suppressed emotions and a lack of self-worth. It is about reclaiming who you are, finding your worth and living your life to the fullest. Even though Berentsen had reached successes in business that some people only dream about, she knew she wasn’t who she wanted to be. 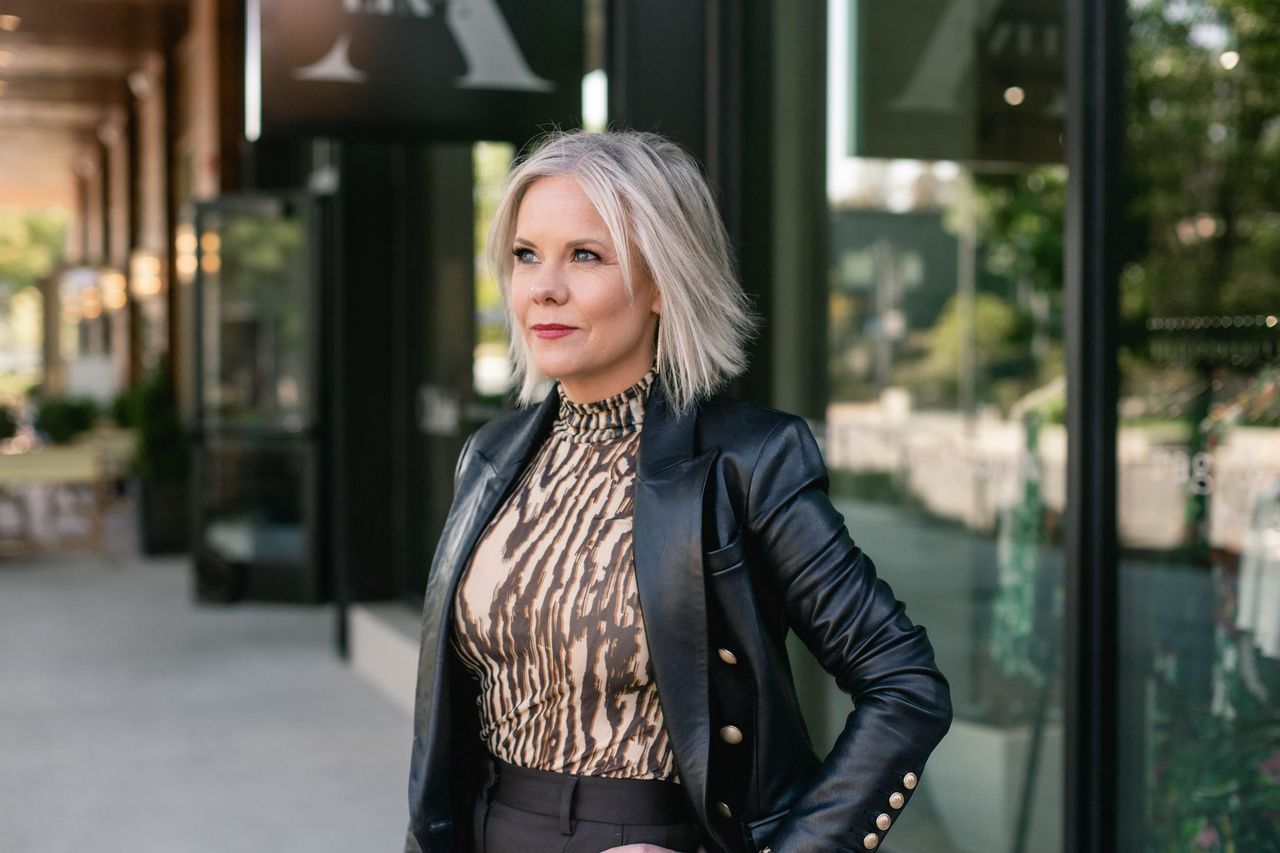 As a business leader, Berentsen explained how her personal growth affected the way she does business. “I was like a bulldozer, I would just plow over people,” she described about her old leadership habits. Admitting she was so focused on her business goals that she lost sight of those around her, she confessed, “I don’t know if I would want to work for me.”

Since changing her ways, Berentsen stated, “as I become more compassionate with myself, I become so much more compassionate with other people.” She shared her insight that self-respect leads to respecting others. While it’s important to keep your goals in sight, Berentsen acknowledges that reaching success with no one to share it with can be lonely. “I got to the end. I won. I was a multi-millionaire, and I was really alone,” she revealed. Now, she says that friends just show up at her door.

As the owner of multiple A Line Boutique locations throughout Denver, Berentsen knows a thing or two about fashion. With undeniable personal style, it’s easy to see how she used the power of fashion to project a level of confidence and sophistication while presenting to investors during her tech days. “When I started building my first company, I knew I had a great solution. I also knew that if I walked in looking 26, they weren’t going to listen to me,” she explained. Now, at 46, it is a tool she is still using. Through her personal styling boutiques, she hopes to help other women feel as confident as she does. 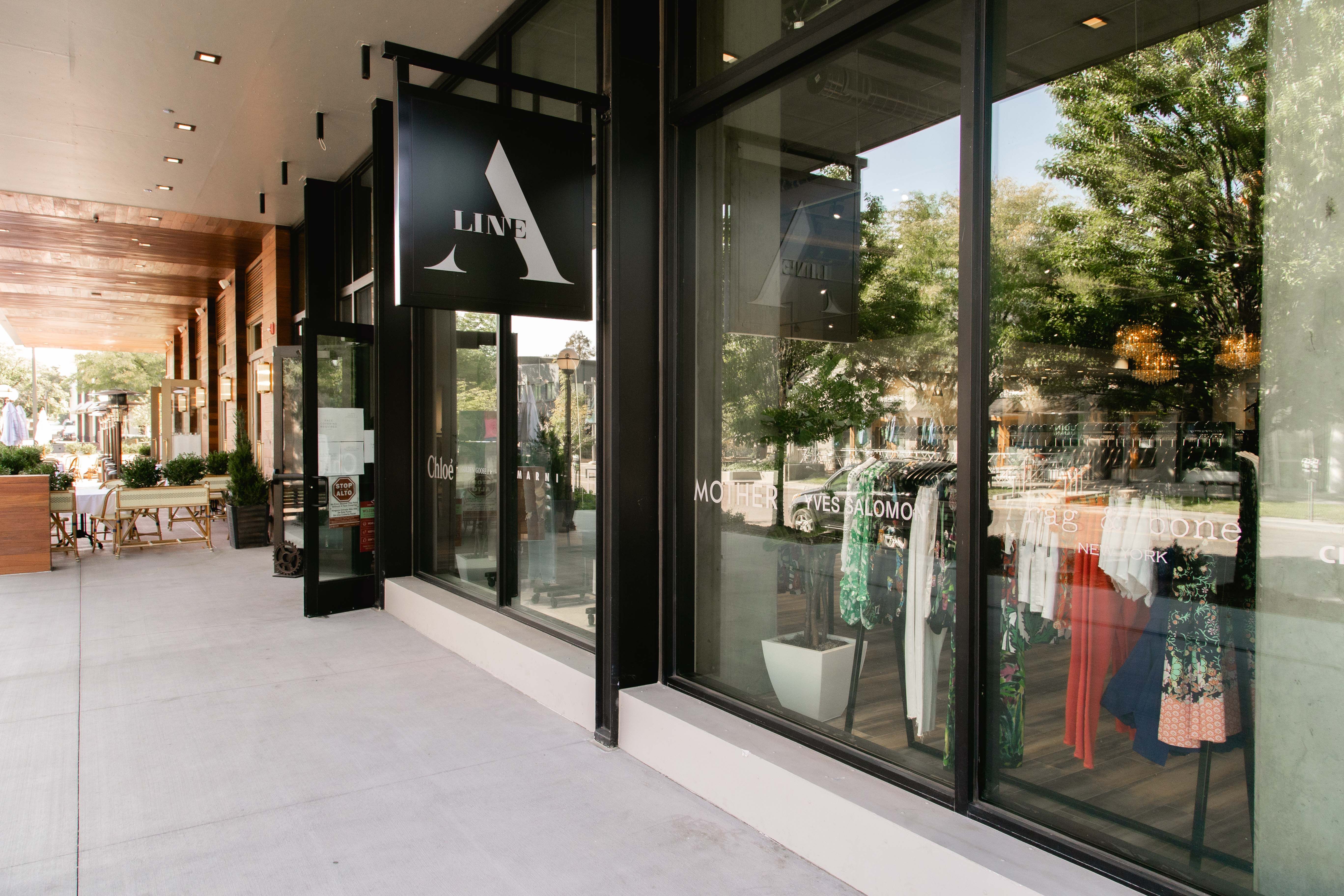 A Line Boutique is a unique retail concept to Denver. Known as a hospitality company with retail inventory, A Line has personal stylists on-hand that know your every need. “We’re going to do the work for you. We are going to think through [questions like] what events do you have coming up, what is your lifestyle, what is the season change, what do we have new that’s come in, and we will curate for you,” said Berentsen of A Line’s process.

Being the client-driven businesswoman she is, Berentsen even took her clients with her to Paris Fashion Week for A Line’s seasonal buy. She is grateful for the boutique’s expansion and the recognition it is receiving from major fashion designers. “When we’re at Paris Fashion Week and people know Denver because of A Line? That makes me SO proud,” she stated, bursting with joy.

When asked what’s next for the personal styling company, she beamed with excitement about last year’s launch of A Line Adventures. Providing her clients with incredible experiences such as attending New York and Paris Fashion Week, luxury trips to Breckenridge and local outdoor movie nights, Berentsen has created a community through A Line. “It is crazy the friendships that have come from this,” she said. 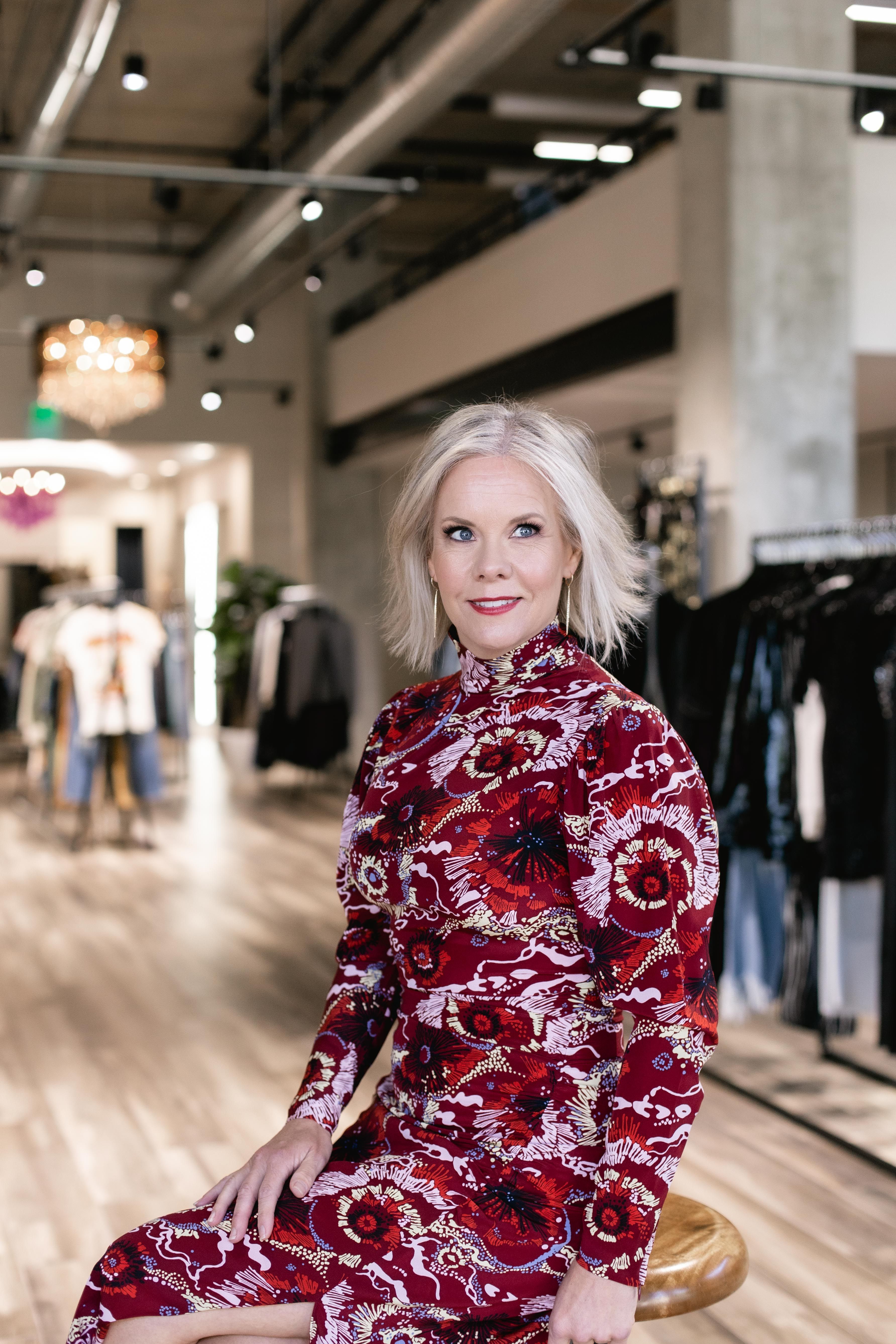 As for herself, she is far from being done. “I dream about Reese Witherspoon picking up my book and Hello Sunshine making this a movie,” she expressed. “I dream about creating a center. I love the idea of people having drive but getting business coaching and healing.” She is also passionate about creating an equestrian center complete with a wine cellar and farm-to-table food in Denver. “There is nothing that I don’t think I can do,” she said. “The world is so big to me. It’s bigger than it’s ever been.”