In the past few months, the pandemic shut down small businesses across the city — leaving many Denver locals feeling hopeless. However, one business owner has been determined to bring hope back to the city in the form of art. Nikki Kolakowski is the founder of Windows of Inspiration — a project aimed at supporting both small businesses and the local art scene.

The program pairs together an artist, a business and a sponsor. Local artists paint an inspirational message or image on the window or wall of a small business and they are then financially supported by the sponsor. The goal is to bring positivity to communities while also supporting businesses and artists who may be struggling from the effects of the pandemic. 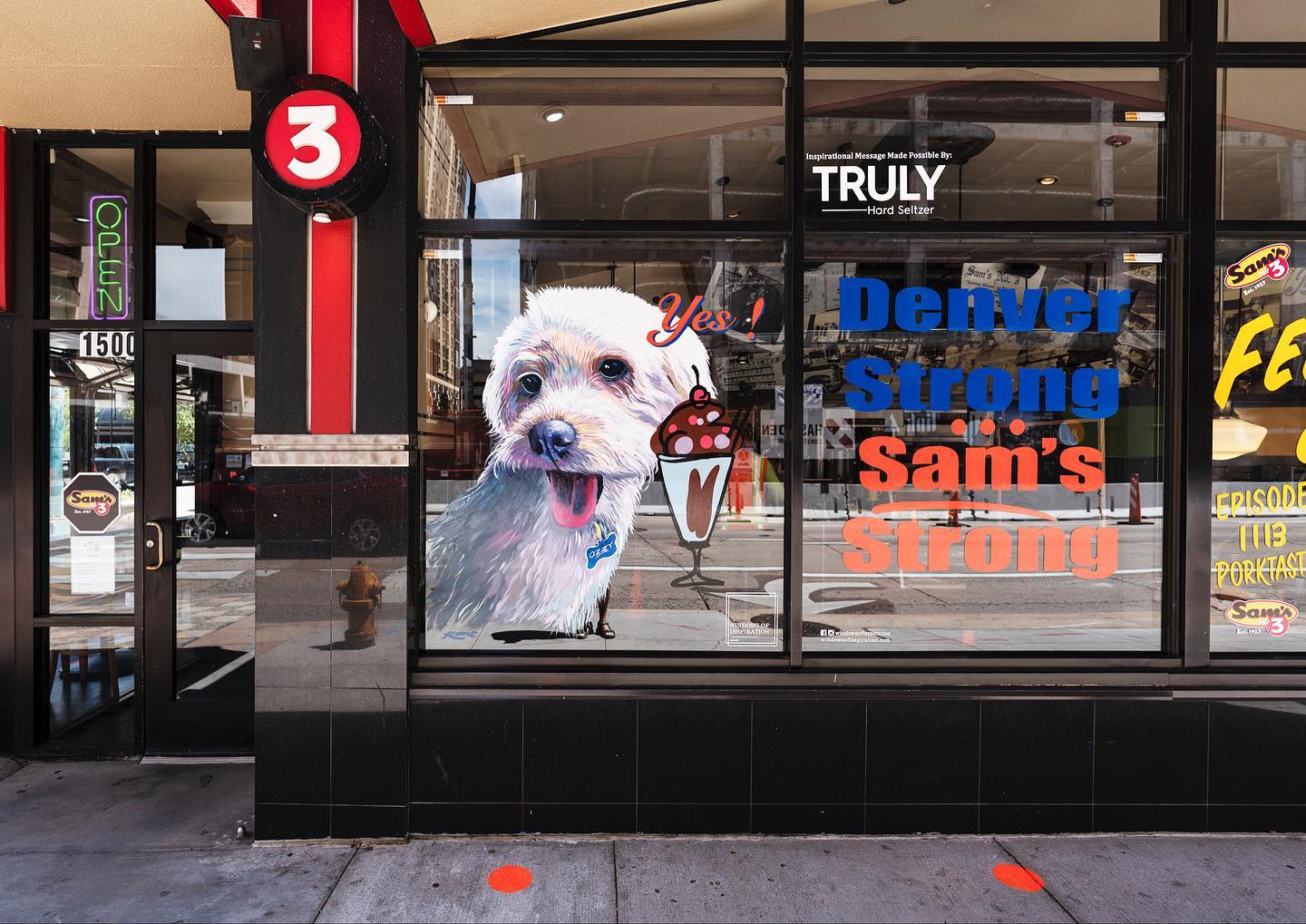 Kolakowski was inspired to start the program when she saw the effects of the COVID-19 pandemic in her own life. Her local marketing agency — Eclectic Activation — was hit negatively by the mandated shutdowns. She shared how she wanted to do something that was a breath of fresh air — especially after seeing the restaurants and shops in her neighborhood board up their windows and doors.

“The energy inside restaurants weren’t the same, retail shops looked different inside and I wanted a message on the outside to be able to tell a story that the business wanted the community to hear from them,” Kolakowski said. “Art is such a wonderful way to tell a story quickly and impactfully, so a partnership with local artists was a natural integration.”

So far, eight locations across the Denver area have already been decorated by local artists since the launch of the project this past May. Some of the businesses that have participated so far include Sam’s No. 3 on Curtis Street, 7Twenty Boardshop and Recess Beer Garden. You may also recognize familiar names from the list of participating artists, including Austin Zucchini-Fowler, Katy Zimmerman and Patrick Kane McGregor. Additionally, businesses like Hope Tank are using this new project to replace their boarded-up windows that were also once decorated by artists.

While the project has taken off rather quickly since its start — Kolakowski insists that sponsors, artists and businesses are still needed in order to keep the program going. Those interested in participating can fill out a form on the project website.

“Sponsors are who make the project possible,” Kolakowski said. “We want to keep our project going to help support as many local businesses and artists as possible and we need partners to help make that happen.” The program’s current sponsors are Truly Hard Seltzer and Friday Health Plans, both of which give discounts and freebies if visitors share photos of the art on social media and show the business. 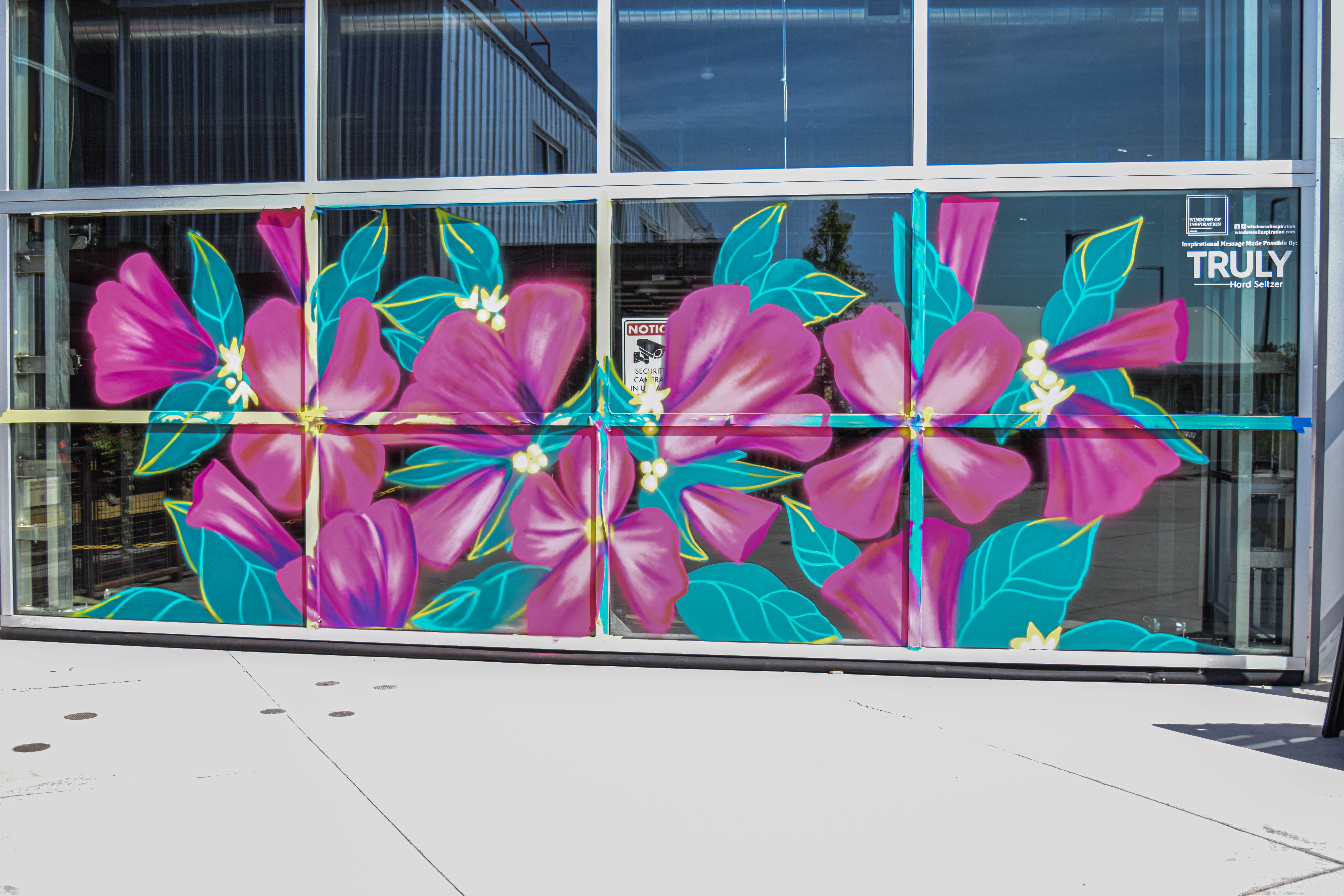 Art by Kirileigh Jones at Stanley Marketplace. Photo by Barbara Urzua.As for the future of this project — Kolakowski shared that the program is growing rapidly. Windows of Inspiration recently received a new sponsor — Schomp Subaru — that wanted to find a way to bring the project into local schools. Kolakowski is now working closely with Aurora Public Schools to adapt Windows of Inspiration to work with online curriculums and bring students together — even when they’re apart.

Currently, four more locations are on the lineup to be painted in Denver. The project hopes to expand beyond Colorado. Windows of Inspiration and Truly Hard Seltzer will be expanding their partnership to Seattle — where 10 locations will be painted beginning later this month.

Take a tour of the current locations and art: