When most people think of soul food, the typical dishes that come to mind are fried chicken, chitlins, fried catfish and ribs. While those are delicious and common at many soul food restaurants, they don’t fully encompass the history of soul food. Soul food’s origins come from the seasonal foods that were most often prepared by enslaved Black Americans in the Southern part of the US. They had very few ingredients to work with and only rarely got scraps of meat while often receiving mostly vegetables. This vegetarian history serves as the inspiration for Kamiya Willoughby and Tess Hurlburt’s vegetarian soul food concept – SoulNia.

Willoughby and Hurlburt both grew up in culinary-driven households. In Columbus, Ohio Willoughby learned to cook soul food recipes that had been passed down from generation to generation in a large-scale cooking environment through working at her father and uncle’s catering company.

“After my grandmother passed away, my dad said he wanted to create a legacy for his children. My grandmother created a legacy by passing down her experiences and recipes from the South and he wanted to do the same,” stated Willoughby. Her family made the Great Migration to the North to escape slavery in the early 1900s and brought their traditions and experiences with them. “Soul food is a generational thing, not just a Southern thing,” stated Willoughby, “because I didn’t grow up in the South doesn’t mean I don’t know what soul food is. My family is from the South and those traditions have been passed down several generations.” 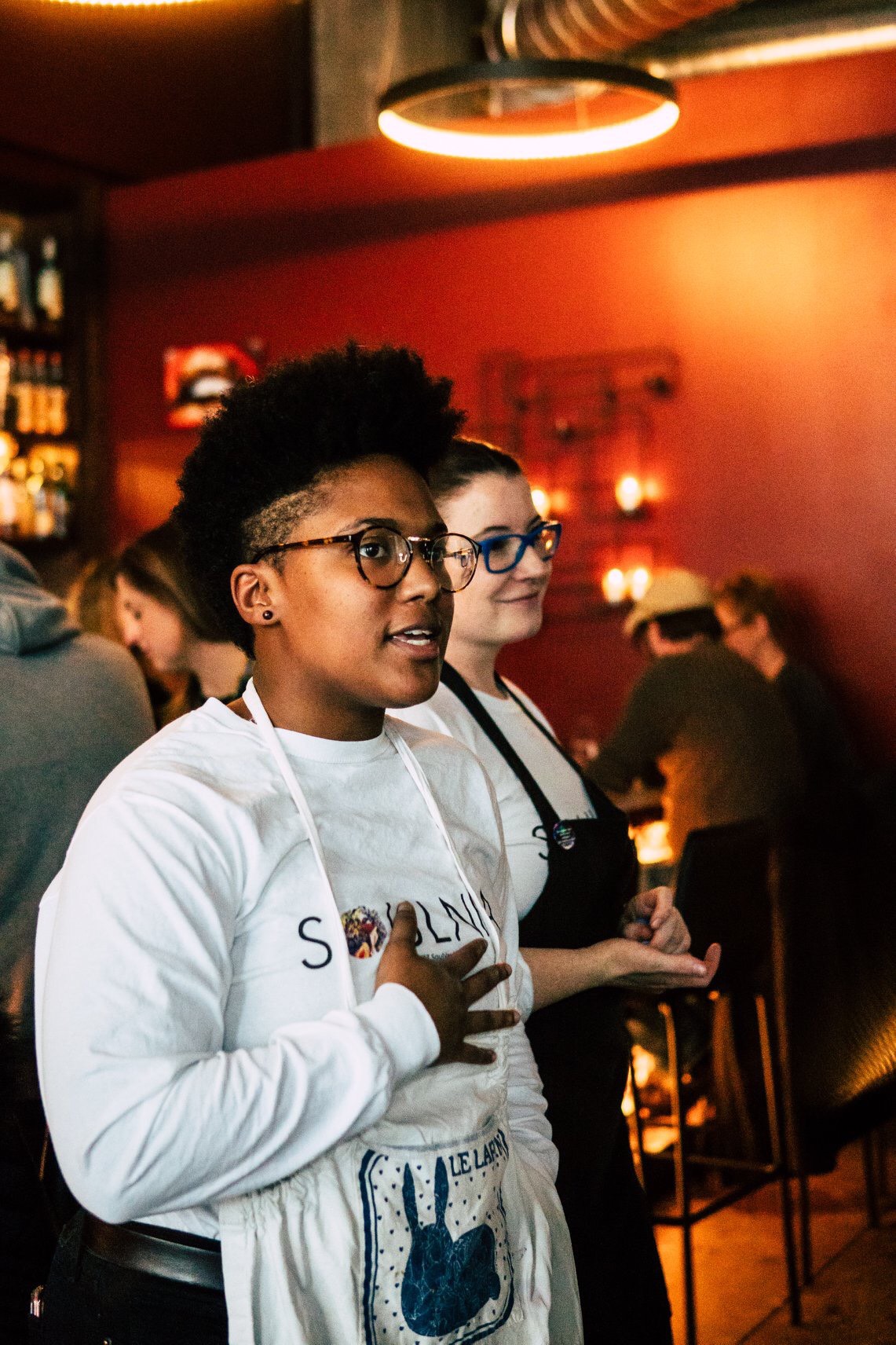 In 2013, her father created a catering business focused on vegan soul food recipes that his mother had passed down. Willoughby’s uncle became the chef and she began serving food and learning to cook. Willoughby later joined the Air Force and throughout her time in the military, she always knew she wanted to do something similar. “I wanted to carry on the legacy and tell the story of vegan soul food that hadn’t been told before,” she said.

When Willoughby and Hurlburt met, they bonded over food. Growing up Hulburt was exposed to a range of culinary techniques passed along from her mother, father, aunt and grandmother. “All my favorite family memories were around food,” stated Hurlburt. Her mother cooked by seeing, smelling, hearing, feeling and tasting her dishes while her father was a baker and followed strict recipes. Hurlburt learned the best of both.

“What I grew up with was an appreciation for food that would satisfy all five of your senses,” she said. One Valentine’s Day while Willoughby was in the military, homesick and unable to visit home, Hurlburt called Willoughby’s mother to get some of her recipes to cook. According to Willoughby, her dishes were amazing and at that moment she knew that Hurlburt would be the head chef of what would become SoulNia. 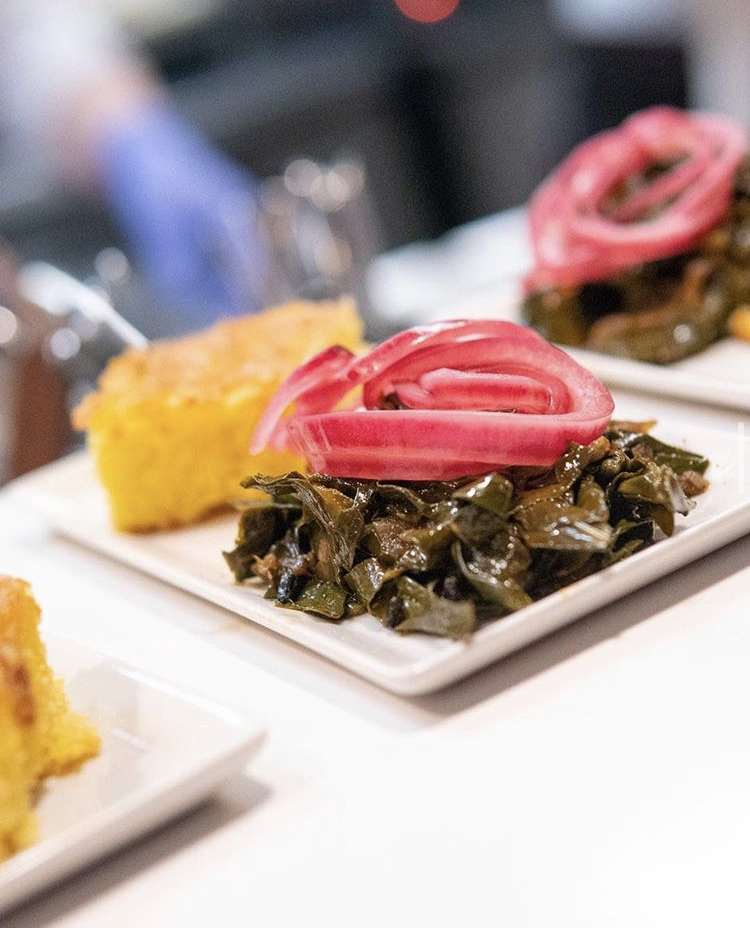 Now, the two are life partners and operate SoulNia with the goal of “feeding people with love and raising awareness about the generational food that is soul food,” explained Willoughby. The food at SoulNia is cooked using techniques like slow cooking, one-pot recipes, big bakes, cast iron skillets and “everything but the kitchen sink” recipes.

“These cooking styles were popular in soul food dishes as many enslaved Africans and poor Black folks had to cook with what was available to them,” stated Willoughby. SoulNia tries to honor the Black influence, Western African influence, Caribbean influence and European influence that all played major parts in developing what soul food is today. “Not only are we highlighting all these different traditions, tastes and flavors but we are trying to give people an appreciation of the cuisine as well,” said Hurlburt.

As for their future, the pair hopes to open a brick and mortar one day, but in the meantime, they are sticking to pop-up events, catering and private dining.

“The experience that we offer right now with education and good food is something we want to hold on to for a while,” said Willoughby.  “But we have always planned for a brick and mortar. We just want to go about it in the best way possible.”

You can learn more about SoulNia’s deep roots and the history of soul food on SoulNia’s blog and stay up to date on future pop up events around Denver by following SoulNia on Instagram.

All photos courtesy of SoulNia.