Social justice is climate justice — that is one of the main narratives that Denver-based inclusive women’s group Womxn From the Mountain support. Started by Renee Millard-Chacon, an Indigenous woman with ancestors from Southern Colorado and New Mexico, Womxn From the Mountain seeks to fight for justice “for the next seven generations” by championing causes that especially impact other Indigenous womxn (including people who identify as women).

Millard-Chacon stands by the belief that “we are all connected socially, economically and environmentally.” Part of this comes from her own personal experience living in Commerce City — home to the notorious and oft-polluting Suncor oil refinery, a pitstop for sex trafficking and a large BIPOC population. This combination is a horridly perfect example of how social justice and climate justice intersect and relate to one another. It’s also a form of environmental racism and it hits too close to home for Millard-Chacon to not do something about it. 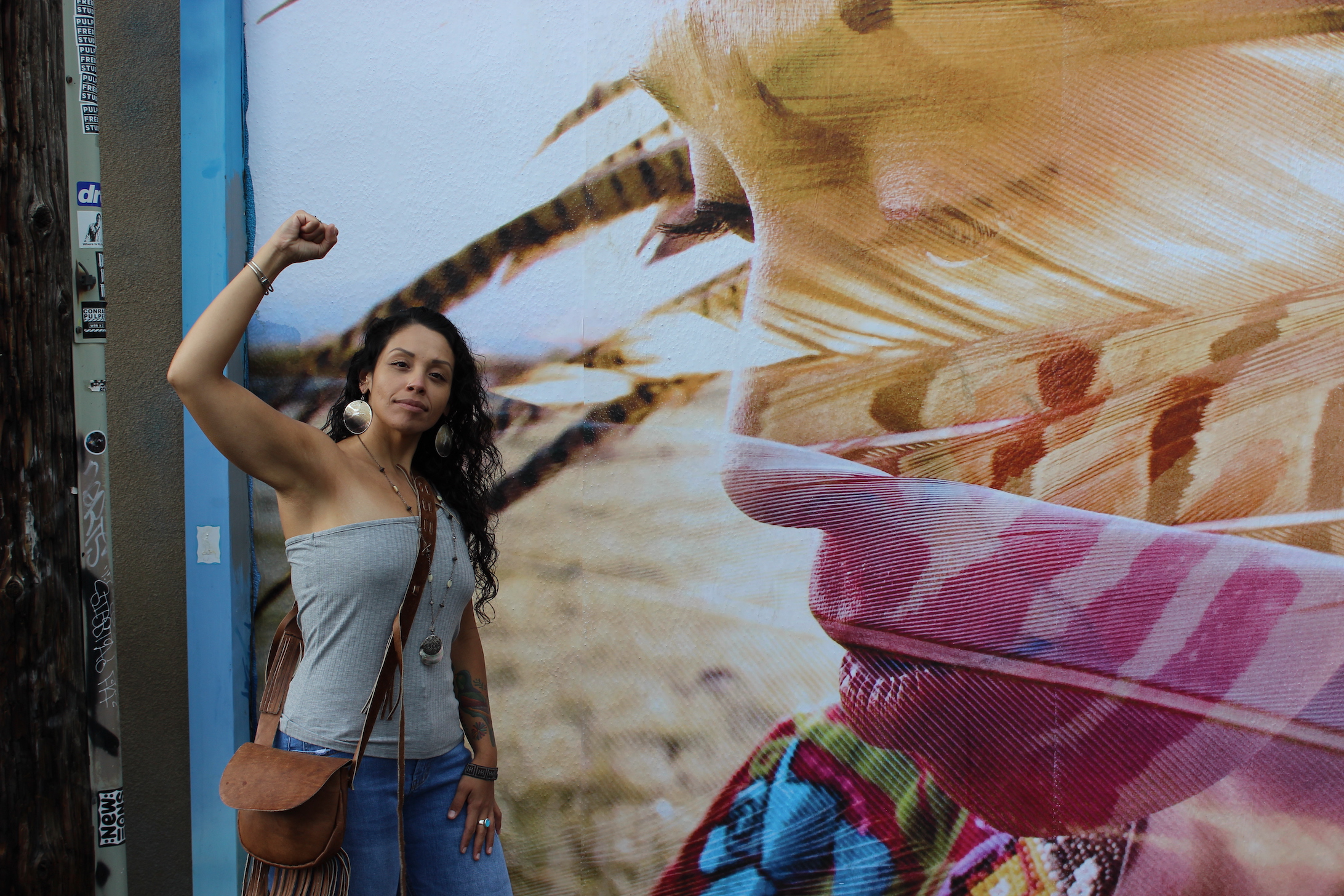 “I am a Xicana activist, youth program coordinator at Spirit of the Sun in Denver and most importantly the mother of two sons. I am determined to fight for social justice and climate justice for them and future generations for the rest of my life,” Millard-Chacon said.

Her passion and zeal for the mission behind Womxn From the Mountain is almost tangible. She manages to attend protests, demonstrations, statue removals and more while raising her sons, running the organization, advocating for change in other organizations and more. But that’s the business side of Millard-Chacon; she’s also a PopchCihuiatl/Malinzin/Sahumadora or “woman that holds the smoke” in Danza Azteca, a storyteller and a survivor of various forms of abuse.

Womxn From the Mountain was started in 2018 by Millard-Chacon and her cousin (by marriage) Micaela Iron-Shell. At the beginning of this year, they worked to bring an outdoor art project to the 16th Street Mall, where red and black dresses hung from trees, signifying missing and murdered Indigenous women. Each dress was accompanied by a tag that included the victim’s names, their age and if they’re still missing or deceased. The timing was important as well — the dresses were installed the same week that thousands of people took to the streets in Denver for a strike for climate action because as Millard-Chacon and Iron-Shell insist — the climate crisis can’t be separated from issues that disproportionately impact Native communities. 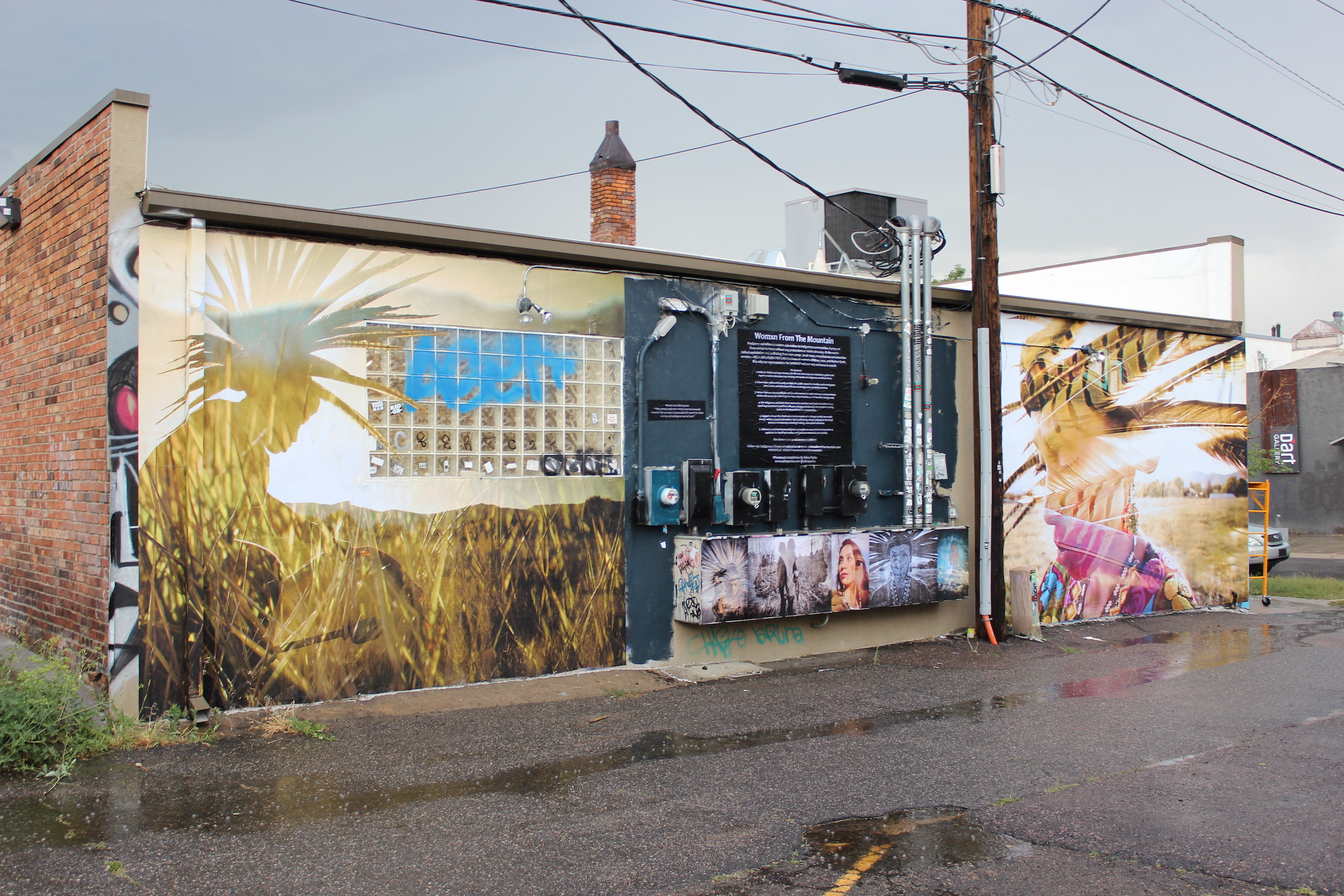 All of this is to say that Millard-Chacon deserves more than one mural in her honor and in the pursuit of bringing awareness to her organization. And there’s an artist who may just be able to do that for her — Edica Pacha. Pacha has been a street artist since the ’90s, primarily using wheatpaste and photography to weave together social justice and art. She and Millard-Chacon met last year at the first annual Street Wise Mural Festival in Boulder and quickly started a working relationship after Pacha asked to do a photo shoot. Some of the resulting photographs are now a large-scale mural in Denver that was installed this past weekend. 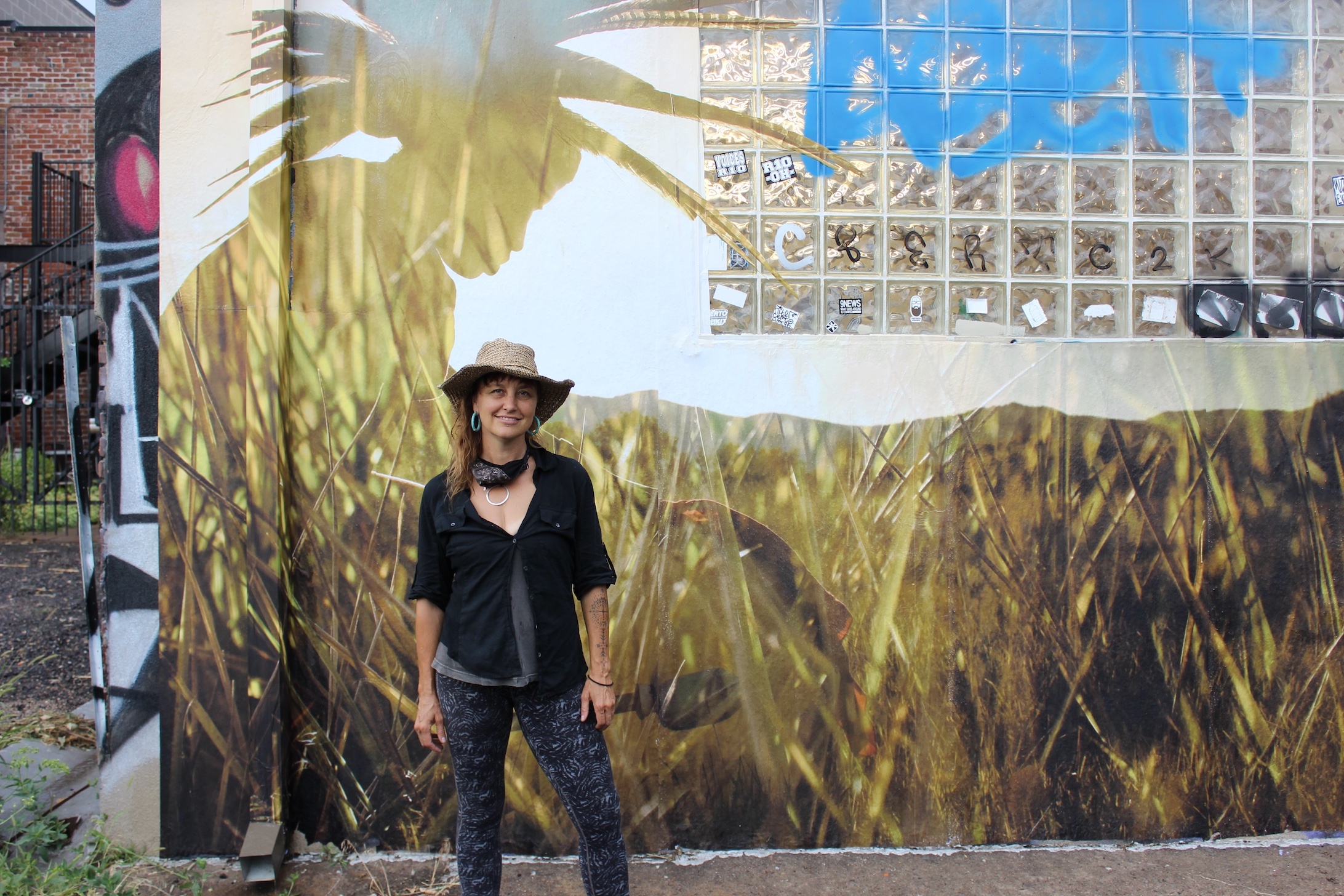 Located at 9th and Santa Fe, the mural consists of two monumental images side-by-side, along with several poster-sized images beneath a list of demands. The main images are double-exposed — a technique that Pacha has experimented with in film for decades and continues to do expertly in digital formats. It invites uncertainty into the scene and Pacha likes how the layers tend to create unique traits she could not have predicted. Viewers must stop and inspect the images with more scrutiny to discover the subtle beauties, and in this act, they must also spend more time with the message Pacha and Womxn From the Mountain are trying to convey.

“My intention is that this mural impacts the community to bring more awareness and education to Indigenous women and the detrimental issues they are facing at this time,” Pacha explained.

In order to make the first step toward understanding what Womxn From the Mountain stands for, Pacha decided to paste the demands of the group in the middle of the two large images. (A full list of their demands can be read here). 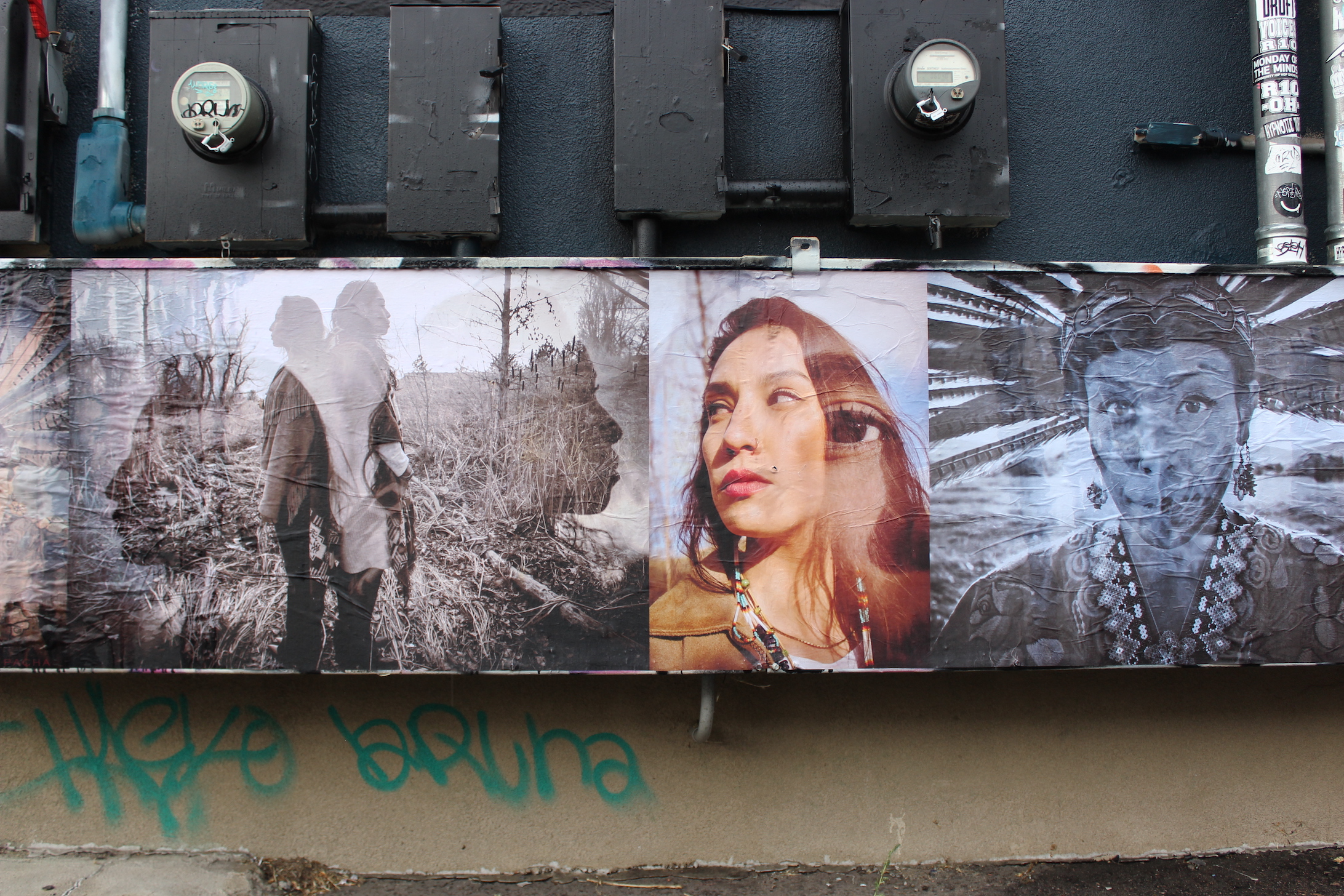 The wall that now holds this important and thought-provoking mural is in the alley behind art gallery and design hub Threyda. Until recently, that building was rented by Artwork Network until they moved their operations online, and the alley in the back had a mural from 2015 by Denver-born muralist Bimmer Torres. When Threyda moved into the building, the owners of the building reached out to Pacha to offer her the wall to do something impactful.

“This street art is meant to be transformative by feeling empathy in a new perspective,” Millard-Chacon explained. “Social justice is climate justice, and both will be heavily influenced for the next seven generations by how we react right now together as a society. We need accountability for the history of stolen land, labor, equity and stolen platforms to influence. We need accomplices in the fight to dismantle white supremacy. We also need people ready to decolonize and relearn their indigeneity and sacred connection to stewarding the earth and its resources responsibly.”