Street art may be the most efficient art form to facilitate social change. There are no barriers to experiencing street art — no admission tickets or hours of operation, for instance — and so the messages that artists choose to impart in their work often carry further than gallery or museum pieces.

If it’s the most accessible art form, who is making it and who are they making it for? Originally, whether you’re tracing the roots of muralists or graffiti writers, street art was made by and for the underrepresented. However, recently with the rising popularity of murals, some concerns have been raised regarding those questions. Some have called street art the “wallpaper of gentrification” and others have shrugged it off as another Millennial trend — mostly due to the lack of conceptual background behind some of the murals. But a new movement in Boulder called Street Wise is going back to the roots of street art and putting the message behind the mural once again.

Formed by Boulder resident Leah Brenner Clack, Street Wise is a mural festival focused on artivism — or the intersection of art and activism. Since her days as a curator for Made Life on Pearl Street, where she managed to transform the south-facing exterior wall to a rotating mural showcase, she envisioned a larger movement for street art in Boulder. But it wasn’t just about making the city pretty, Clack wanted to impress a deeper impression with the public art. Especially recently, she’s been focused on doing work with a social justice emphasis, or that benefits the community in some way. When she thought about combining her desire to support socially-aware art and her love of street art, something clicked.

“I think [street art] has always been a really effective medium for protest and change. It’s always been involved in that arena. It’s been in the public sphere and a way for people to communicate their feelings about culture and what’s going on. It’s raw, and I love that about it,” Clack explained. “We can look back at the 2016 Shepard Fairey Women’s March poster as a perfect example. Artivism has the power to change policy and change peoples’ thoughts about issues.” 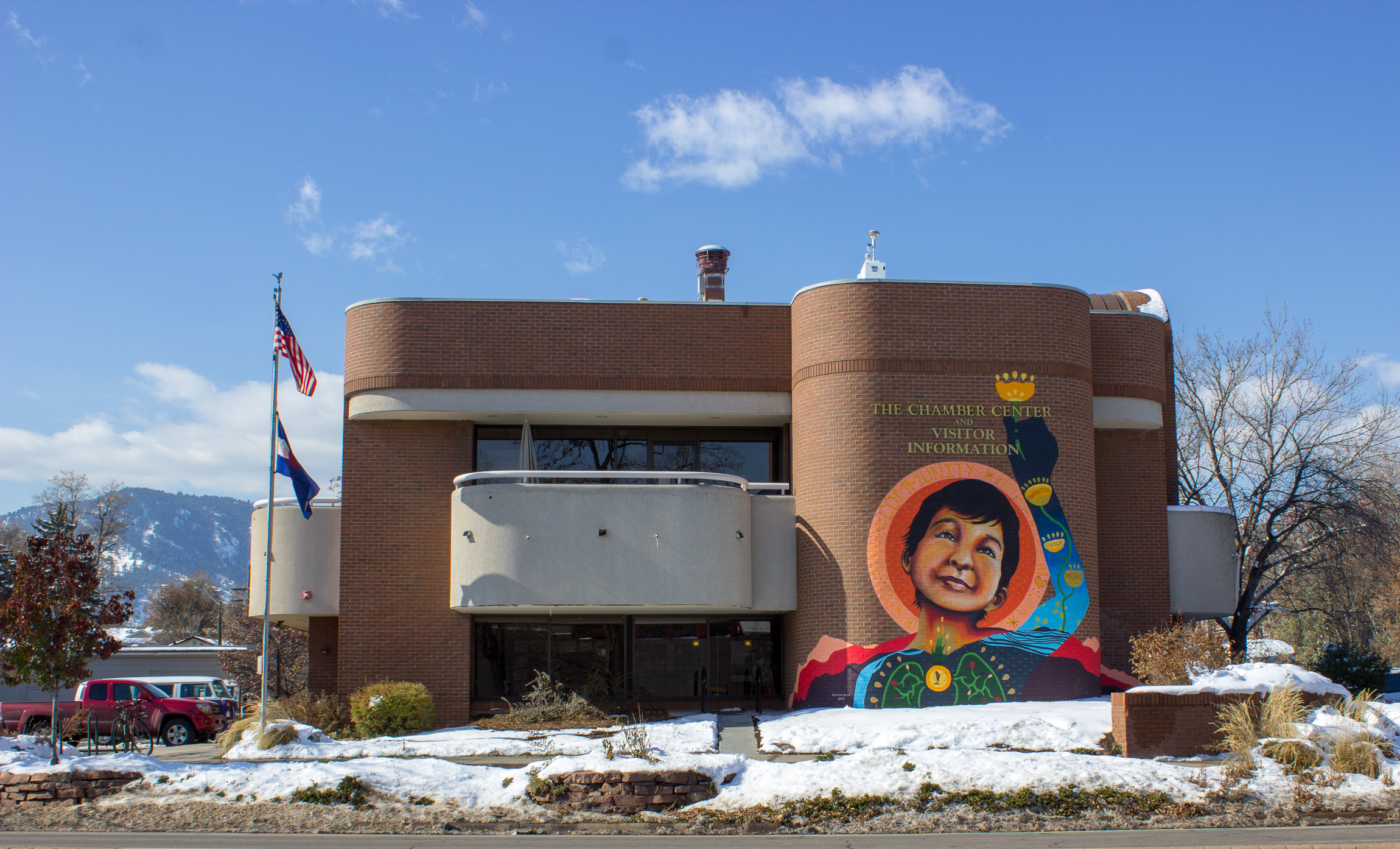 One of the new murals for Street Wise by Armando Silva

What started as a dream of having a few murals commissioned grew into a full-blown mural festival with 10 walls, a street art-inspired gallery exhibition showcasing 15 artists and an artist panel. From September 23 to October 10, Street Wise took over the Boulder streets for the mural painting portion, and until December the exhibition will be on view, featuring indoor work from street artists. Clack and a small team worked to organize everything on their own, including applying for grants to fund the street artists, creating the website and marketing content, networking with business and building owners to secure walls and coordinating with the City of Boulder. “The City’s Office of Art and Culture has been one of my biggest cheerleaders from the beginning,” Clack mentioned, squelching any doubts about the City of Boulder lacking an appreciation of street art.

The meat of Street Wise is found in the diversity of social justice topics each artist brought to the festival. Clack focused on selecting artists that already produced socially-aware work while also taking the time to represent artists at various points on the gender spectrum. The resulting murals touch on everything from non-binary love to youth leaders to climate change to endangered species to minorities. Seeing each one in succession gives you the feeling of having a field trip from school — you’re learning, but you’re having a good time doing it.

All of these powerful messages came from muralists that many people in Colorado already know and follow, like Grow Love, UC Sepia, Lindee Zimmer, Max Coleman, Patrick Maxcy, Koko Bayer, Armando Silva and So-Gnar Creative Division (made up of Pat Milbery and Lowkey Creative). Other artists are still considered emerging, but have made such impressive contributions to the street art scene this year that they should stay on everyone’s radar, like The Designosaur (who painted at CRUSH WALLS with Julia Rose Morgan), Chelsea Lewinski (who manages the Mural and Graffiti Lounge) and Tony Zellaha (with a stunning mural on Brew Culture Coffee on West Colfax). 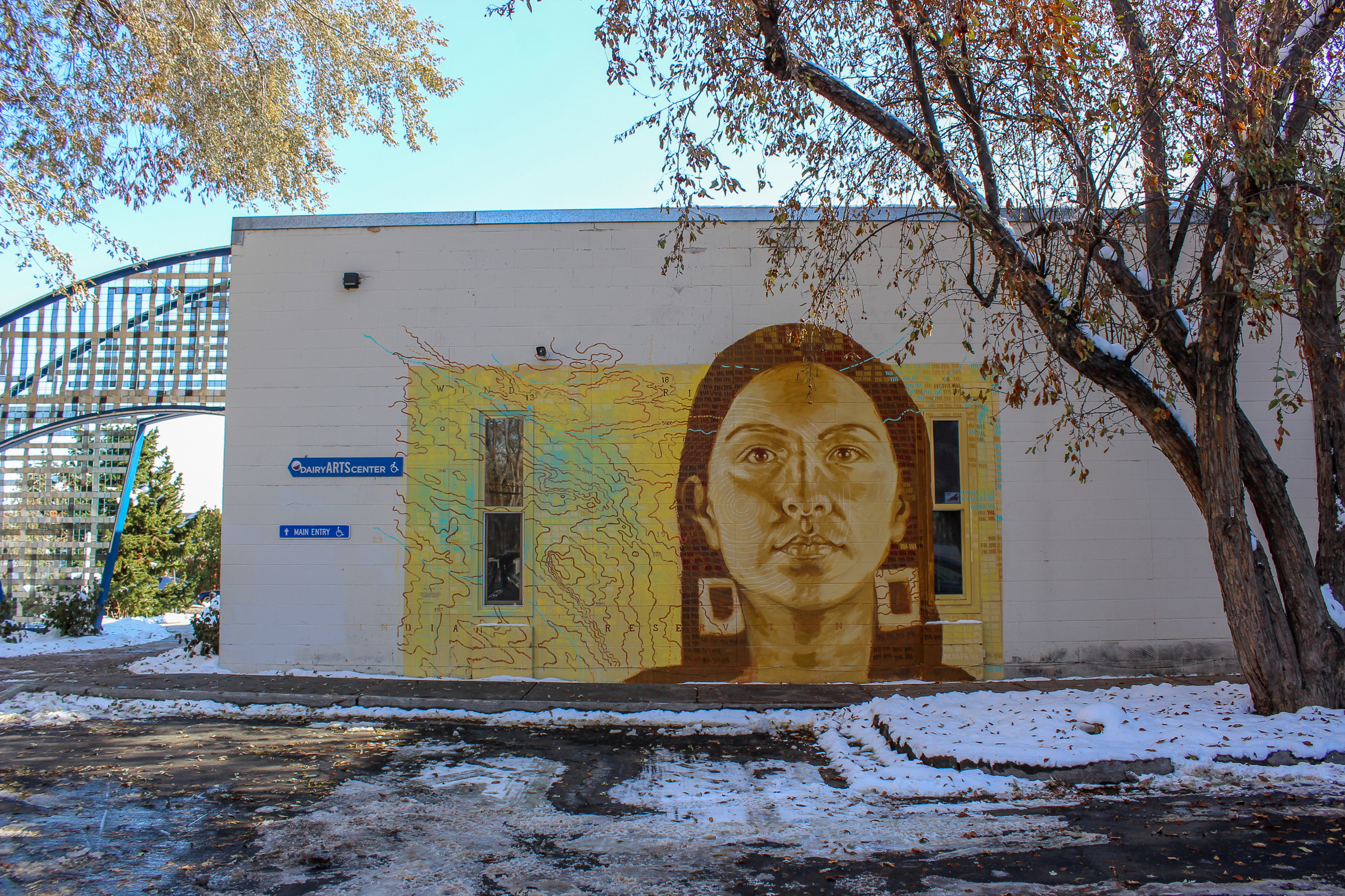 One of the most impactful moments of Street Wise was the inclusion of East Coast street artist LMNOPI with a mural on the Dairy Arts Center. This mural depicts Arapaho Shoshone artist, actor and activist Sarah Ortegon over a topographical map of the Wind River Reservation in Wyoming. It was created in order to call attention to violence against Native women and girls — an expansive problem that escapes most people’s news feeds. LMNOPI worked in various humanitarian fields before becoming an artivist, and since 2009 she’s painted over 20 murals with a profound message behind each one. At the completion of the mural, titled Uncounted, people from all over Boulder came to pay their respects, including Mayor Suzanne Jones. The experience led her to request Clack’s presence at a city council meeting in order to speak about the power of street art in Boulder.

Until Street Wise happened, Boulder lacked a cohesive network of street art that could adequately attract visitors. There have been some efforts, especially in the last five years to allow and encourage murals, especially in the NoBo Art District and on the 29th Street Mall. NoBo, or North Boulder, boasts murals from locally-based artists Christopher Warren aka beatnik prints and Jason T. Graves while the 29th Street Mall features a series of different pieces by Denver-based Kiri Leigh Jones. But those were all painted in the last year or so, and before that the most well-known street artist in Boulder was undoubtedly SMiLe — a rogue and anonymous stencil artist who works secretively and without permission. Other murals that popped up in Boulder usually incorporated pretty vistas of the Flatirons or other scenic backdrops, or else occurred in off-the-beaten spots like the Boulder Creative Collective — a little gallery and museum that offered up one of its walls for Street Wise. 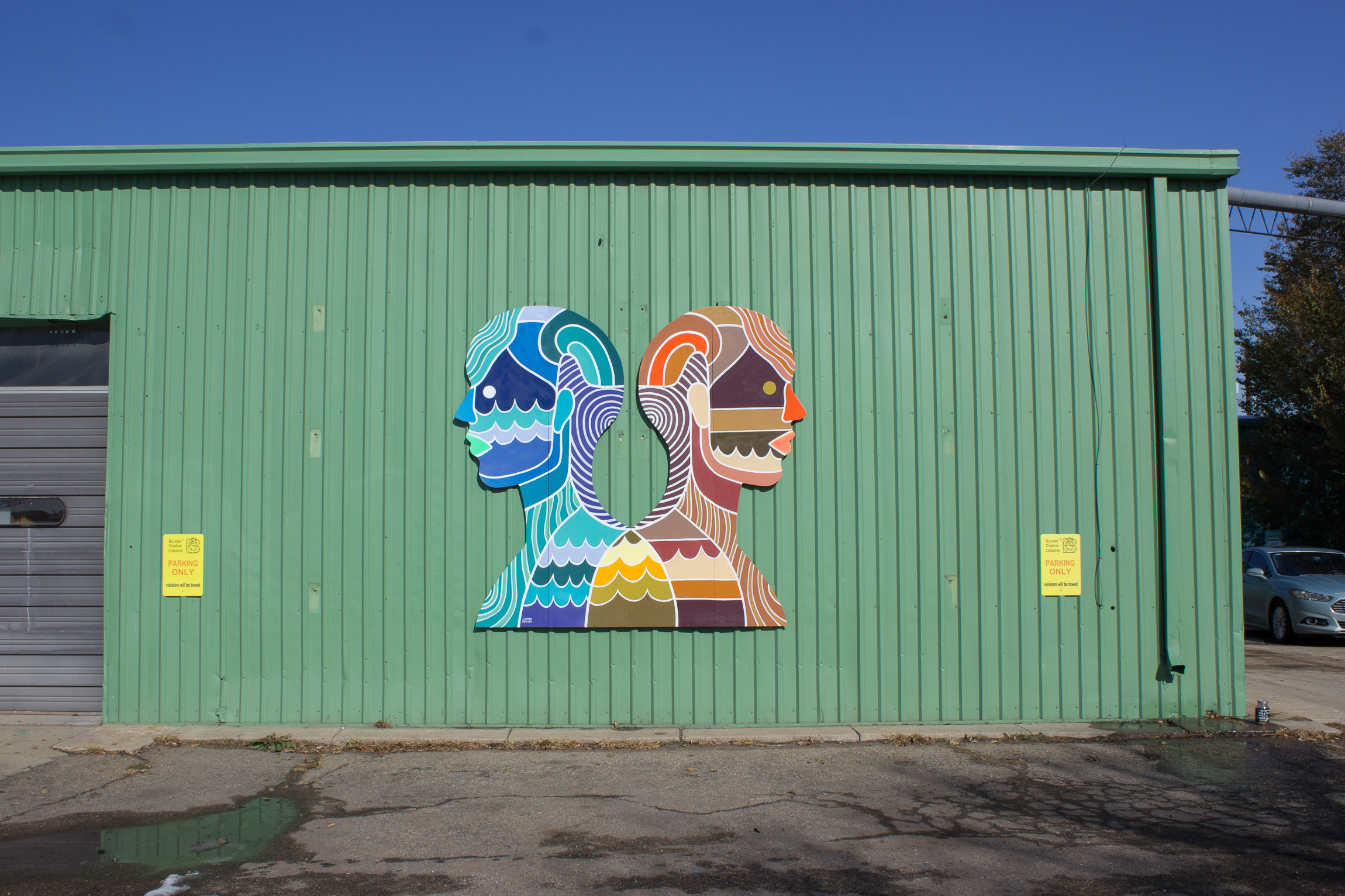 The new murals that bring attention to a variety of topics and bring people to various places within Boulder’s city limits only aggrandizes the already existing street art infrastructure. Clack hopes that Street Wise can continue annually, taking over new walls each year, expanding the footprint — and therefore the impact. “It’s something I think can grow and become an interesting part of Boulder’s culture,” she explained. Plus, she figures the building owners who agreed to be part of the inaugural festival won’t be ready to part with their new murals this time next year, due to the overwhelmingly positive feedback she received.

“I have been working on projects like this in Boulder without much notice and to get such positive feedback from the community almost makes me want to cry. That’s why I do this. That’s why I want to do this stuff!” said Clack, with the joy and exhaustion of someone who has just successfully pulled off a pipe dream.

As mentioned before, Clack worked for Made Life before she struck out on her own to pursue a more message-driven art path. From the first mural she organized there, in 2011 and painted by Denver-based artists Jonathan Lamb, Jason Garcia and Michael Ortiz, she knew it was an effective method of breaking down barriers between the public and the artists she showcased. Until her departure in 2016, she managed to curate three other artists on that wall despite a lack of funding and support. The end of her time at that gallery signified a beginning for the rest of her life, and led her to start And Art Space, a mural consulting and advocacy firm. In the four years since, And Art Space has facilitated 15 murals and three major street art-inspired projects including Street Wise.

Nowhere was it more obvious to Clack that what she dreamed of years ago had come to fruition than when she led groups of people on bus tours of the new murals. “When people came up to me and thanked me and expressed how interesting and thoughtful all the work was, that was such a huge reward for me. When people authentically come up to me and express that, it makes me tear up,” Clack said. “It’s why I want to do this, to bring people together and bring up questions and topics of conversations in our community.”

When you visit the murals in Boulder, don’t forget to stop by the Street Wise exhibit at the Boulder Library Canyon Gallery until December 1, 2019.

For more information about each muralist, the exhibition and Street Wise in general, visit the website here.