Approximately four to 10 percent of food purchased by restaurants is thrown out before it ever reaches the consumer. This equates to an estimated 22 to 33 billion pounds of food waste each year – an exorbitant amount. Fortunately, Terence Rogers – chef and owner of TBD Foods – noticed this problem and came up with a solution to minimize food waste from his own business. Sullivan Scrap Kitchen is a new concept from TBD Foods that aims to minimize food waste by utilizing items that are typically thrown away.

Rogers’ journey into the culinary world began when he was living in Vermont as a ski bum several years ago. He got a job as a line cook at a local pizza joint with no prior experience and started to enjoy working in a kitchen. The fast pace, teamwork ethic and opportunity to grow in the field all appealed to him. He ended up moving back to his hometown of Boston to work underneath a professional chef with the goal of opening his own food truck someday. After several months, he and his business partner and fiancé – Holly Adinoff – began hosting dinner parties out of their home and later on started catering events under his new concept – TBD Foods. 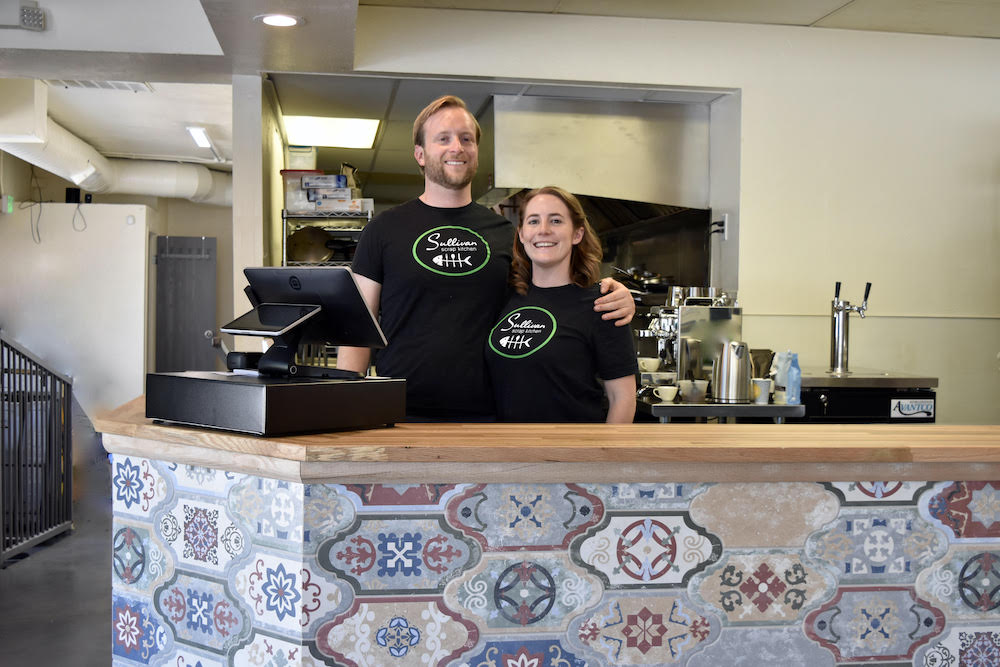 In 2016 the couple moved to Denver, bringing TBD with them, in the hopes of opening a restaurant or food truck.

“I always wanted to move into a restaurant space but wasn’t sure how that was going to look. I knew that if we had something that was working we didn’t need to break it, we needed to complement it,” Rogers said.

He became inspired by a concept he learned was happening in Copenhagen – a restaurant called Relae was repurposing the unused food from its kitchen and using it in a fast-casual restaurant across the street. Since Relae is a Michelin star restaurant, it only uses certain parts of ingredients but since it is also focused so heavily on sustainability, it has a sister restaurant that takes the scraps and uses them in fast-casual style dishes. Rogers realized that was the perfect way for him to minimize the waste he had from his catering business and the idea of Sullivan Scrap Kitchen was born. “Having the spaces so close together in a diverse service style allowed both the fine dining and casual eateries to utilize full animals and limit the food waste,” explained Rogers, “I knew this was the perfect fit for us.”

After testing out some recipes on the residents of an office in the same building as TBD Foods’ commissary kitchen, Rogers and Adinoff decided it was time to purchase their own space. They purchased the former Bocaza Mexican Grill location in late 2019, did some small renovations and are almost ready to open to the public.

Sullivan Scrap Kitchen will serve sandwiches, burgers, tacos, salads, soups and breads utilizing everything from nose to tail and root to tip in order to minimize the waste that gets composted. Instead of buying specific cuts of meat Rogers will purchase a half or whole animal to utilize all of it. He will do the same thing with vegetables.

“From a culinary standpoint we want to find ways to extract as much flavor as possible from these foods. From a sustainability standpoint we want to make sure we get out of it as much as possible before it goes into the compost,” Rogers said. When it comes to the ingredients he has on hand he asks himself, “How can we utilize it? Can we cook it? Can we add it to sauces? If not, can we pickle it? Use it in stocks? Ferment it?”

The menu at Sullivan’s will change seasonally and usually have two to three specials along with the staple items like a burger, taco, soup and salad. The food is inspired by the culinary influences and traditions of the Front Range including southwest, native and Hispanic cultures. Items to expect include a scrap burger, grilled lamb neck tacos, a salmon scrap grain bowl, arugula salad and scrap grilled cheese. One example of how Sullivan’s will utilize the food leftover from catered dinners is a 72-hour smoked brisket. TBD Foods only serves the flat of the brisket to catering guests so Rogers will grind that into the burger mixture to create delicious, smokey burgers for Sullivan Scrap Kitchen’s guests.

As sustainability continues to remain at the forefront of current issues, Sullivan Scrap Kitchen acts as an inspiration for the community to take the issue into their own hands. Once allowed, the restaurant will offer community classes to train and educate the community on food waste and serve as a platform to share visions and ideas about food.

Sullivan’s will have varying hours as it begins to open at the beginning of July so stay up to date on happenings by following Sullivan Scrap Kitchen on Instagram.