It’s two months shy of the one-year anniversary of Elijah McClain’s tragic death at the hands of three Aurora police officers. McClain, a massage therapist and self-taught violinist, cellist and pianist, was listening to music while walking home from the store. A 911 caller identified him as suspicious-looking. When the police arrived, they violently held the 23-year-old to the ground until he vomited and then sedated him with ketamine. He died days after the incident in a local hospital. Currently, local attorney, Mari Newman, of Killmer, Lane & Newman LLP and the McClain family are working on a civil lawsuit against the city of Aurora and the Aurora police department, but they are not the only ones standing up for McClain and others like him who have been killed at the mercy of overeager police officers. Esther Kang, creator of the art collective, Mighty Karma, and local artist, Joseph Martinez, recently started a fundraiser for McClain to mobilize the public and continue to demand justice.

“We live in a society that encourages outsourcing, including our freedom. Not anymore. Finally, more people experiencing a rude awakening are demanding answers. [People of Color] live this disturbing reality every day. Our group of co/creators are humans first, artists second. We are in a spiritual war. We heard the call, the scream, and it is time to use our weapons to express the reality,” explained Kang and Martinez.

READ: Three Cases That Explain Why Police Accountability Is Desperately Important in Colorado

Kang and Martinez’s mission is to spread truth about McClain and who he was, as well as demand justice, find truth and fight for the respect everyone deserves. They started with one t-shirt design as a vehicle for the message, called The Say My Name tee. This shirt is a non-comprehensive list of deaths at the hands of police in the United States since Rev. George Lee on May 7, 1955, in Belzoni, Mississippi. This newly launched initiative has already raised more than five thousand dollars, with another $25 thousand donation, all of which will be donated to the Elijah McClain Memorial Fund. 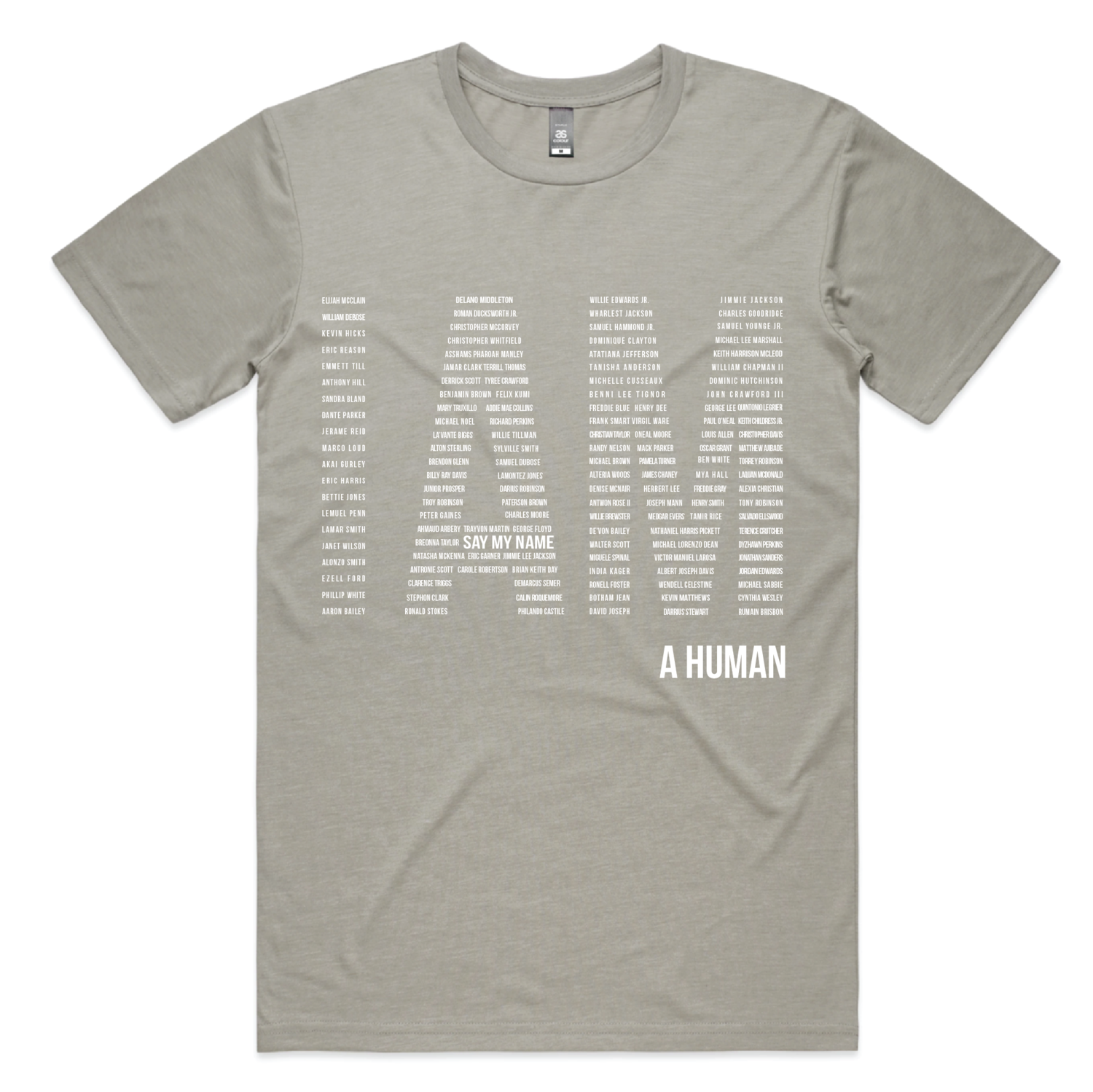 As for what’s next, the duo has no plans of stopping their quest to rebuild the world they want to live in, one with justice, equity and true freedom for Black friends, coworkers and neighbors.

“We’re just out the blocks. This is a marathon,” Kang and Martinez said. “We are planning a memorial event for Elijah in August. [Elijah’s] story will be recognized and his name will be more than a chant at a march. We believe, in this life, we are all walking each other home. It’s time we walk home together with Elijah.”

For more information about The Say My Name t-shirt, go here. Other ways to help:

Call the Aurora Police Department at 303-739-6050 to file a complaint against one of the officers involved in McClain’s case. Their names are Nathan Woodyard, Jason Rosenblatt and Randy Roedema.

File a complaint online with this link

Call District Attorney (Dave Young) at 303-659-7720 and ask for justice for the officers involved in McClain’s death, an independent review of the murder by a non-law-enforcement-entrenched investigator

All photos courtesy of Mighty Karma.