All Photos Courtesy of Knuckle Pups

Throughout the last few months, it’s been easy to read too many headlines and get discouraged about the state of the world. Between months of social distancing and now political unrest, it’s easy to forget to take care of yourself and you end up losing hope. Regardless of what news is weighing on you, it’s important to remember to focus on self-care. For some, that means turning off news notifications and for others, it can mean watching something fun and light-hearted on Netflix. For many of us, music can serve as a way to recharge. That’s why, amidst a world full of chaos and bad news, Denver band Knuckle Pups has decided to push forward with the release of their newest music video.

At the start of the year, Knuckle Pups had big plans. They intended to go on tour and travel to Boise, Idaho for Treefort Music Festival, release an entire album of new music and create music videos for each song. Unfortunately, COVID-19 required the indie band to readjust their timelines. 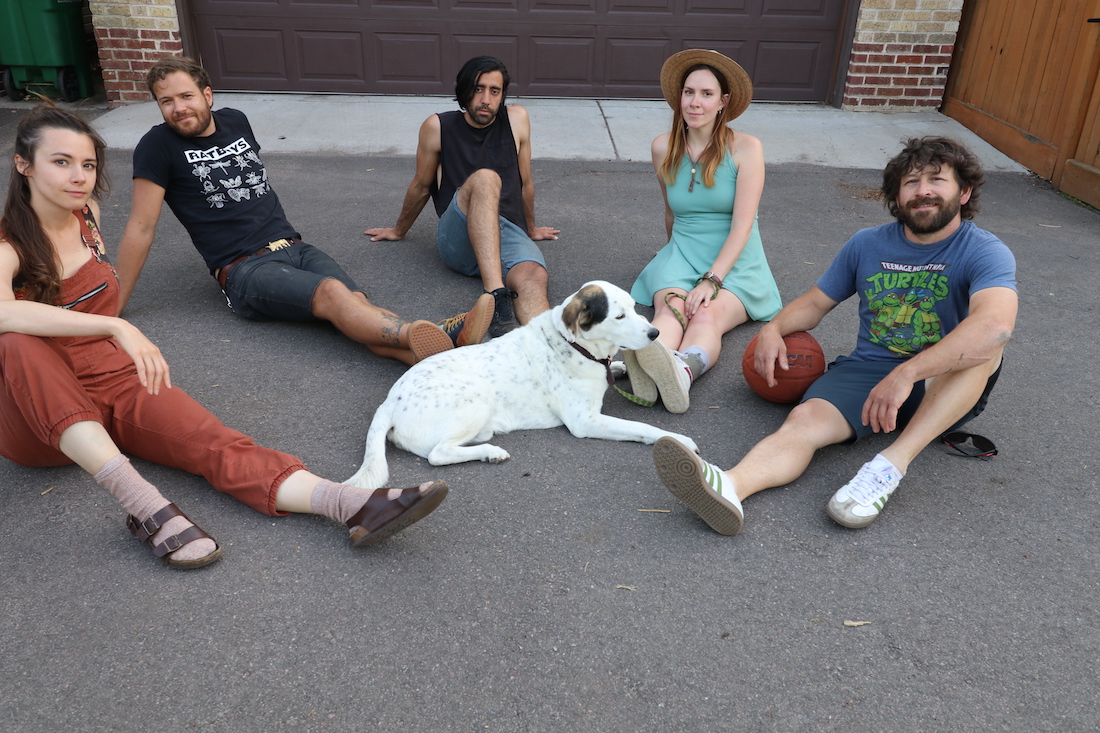 Fortunately for Knuckle Pups, all hope was not lost. The video for “California” – the first single from the future album – was already in the works before the pandemic forced everyone to self-isolate as much as possible. “It’s been a huge delay,” said vocalist Oliver Holloway in an interview with 303 Magazine. “We had it ready. We were basically ready to go in early March. It was a really fast turnaround and we were ready to go and hit the road, and then all of these things happened. We weren’t practicing for a couple of months because of Corona.”

“[Music is] not an essential service, but god damn it feels like it,” said Holloway

After putting everything on hold, Knuckle Pups decided that releasing their music video was the best course of action, despite the delays that current events imposed on the group. The video, which focuses on retelling the band’s origin story, is a little silly and reflects the indie rocker’s sense of humor. Ultimately, it’s the perfect gift of joy to their fans during a time when the world feels bleak.

“There is a weird sense in which it is somewhat autobiographical,” said Holloway. “I started this band feeling just very weirdly isolated in my own life because of changes in my life and social dynamics shifting and the city – gentrification, really a lot was going on.”

Though slightly out of sequence – as bassist Chelo Aguirre is first to join the band in the video but the last member to officially join the original lineup – the video captures the feeling of finding a family. “There’s a sense of loneliness in the beginning for me,” said Holloway, “and then finding a sense of family through these people through random interactions.”

Ultimately, all of these sentiments fit neatly within the confines of the video for “California.” Starting off with feelings of isolation and loneliness, ultimately, Knuckle Pups proves that by building your own community you can weather any storm.

Knuckle Pups anticipates that they will return to the studio to finish their album soon, though the constraints of social distancing make the future uncertain. They’ve already recorded half of the upcoming album, and have been improving as musicians throughout quarantine. “We’re doing a lot more listening to each other with these kind of acoustic practices,” said Holloway. “These outdoor practices where we’re just hearing the sound more purely without all of the loud racket ringing around a small room like a normal loud practice is for us. so, I think we’re learning a lot about ourselves as musicians and how to connect in a sonic way.”

While the tour they had originally planned has been canceled, Knuckle Pups is still finding ways to connect with their fans. In addition to the release of “California,” the Denver quintet will perform a live stream tonight. Once social distancing guidelines permit, they also have plans to finish their upcoming album and would like to film more music videos. While the future may seem bleak, Knuckle Pups are behaving as a lighthouse highlighting the fact that it’s important to hold onto hope.

While the last few months, and especially the last week have been difficult for all of us, Knuckle Pups has found comfort in the incredibly supportive music community. With support from other local creatives and their fan base, Knuckle Pups is one of the lucky ones. Fortunately, they’ve decided to return the favor by sharing a bit of their own joy with the world.

Knuckle Pups will be performing via live stream tonight at 6 p.m. from Levit Pavillion’s Facebook. Watch the live stream here.