Inside Potager, A Capitol Hill Restaurant Keeping Its Entire Staff Employed During the Pandemic

Before Eileen Warthen was ever co-owner of Potager, she was a server at the Capitol Hill restaurant. Hailing from the East Coast, she originally got the job after a trail of Google searches led her to the fateful interview with then-owner Teri Rippeto. Fortunately, Rippeto was hiring the week Eileen landed in Denver.

“I researched restaurants looking for ‘best neighborhood spot,’ ‘best wine list,’ ‘best seasonal menu,’ and ‘best farm-to-table’ and Potager just kept coming up over and over,” she explained. The New York state native wasn’t a stranger to restaurant life, though. With 20 years of experience under her belt, including a stint working along the Appalachian Trail at a rural vineyard (and not to mention two degrees from NYU), she was more than qualified for the position. 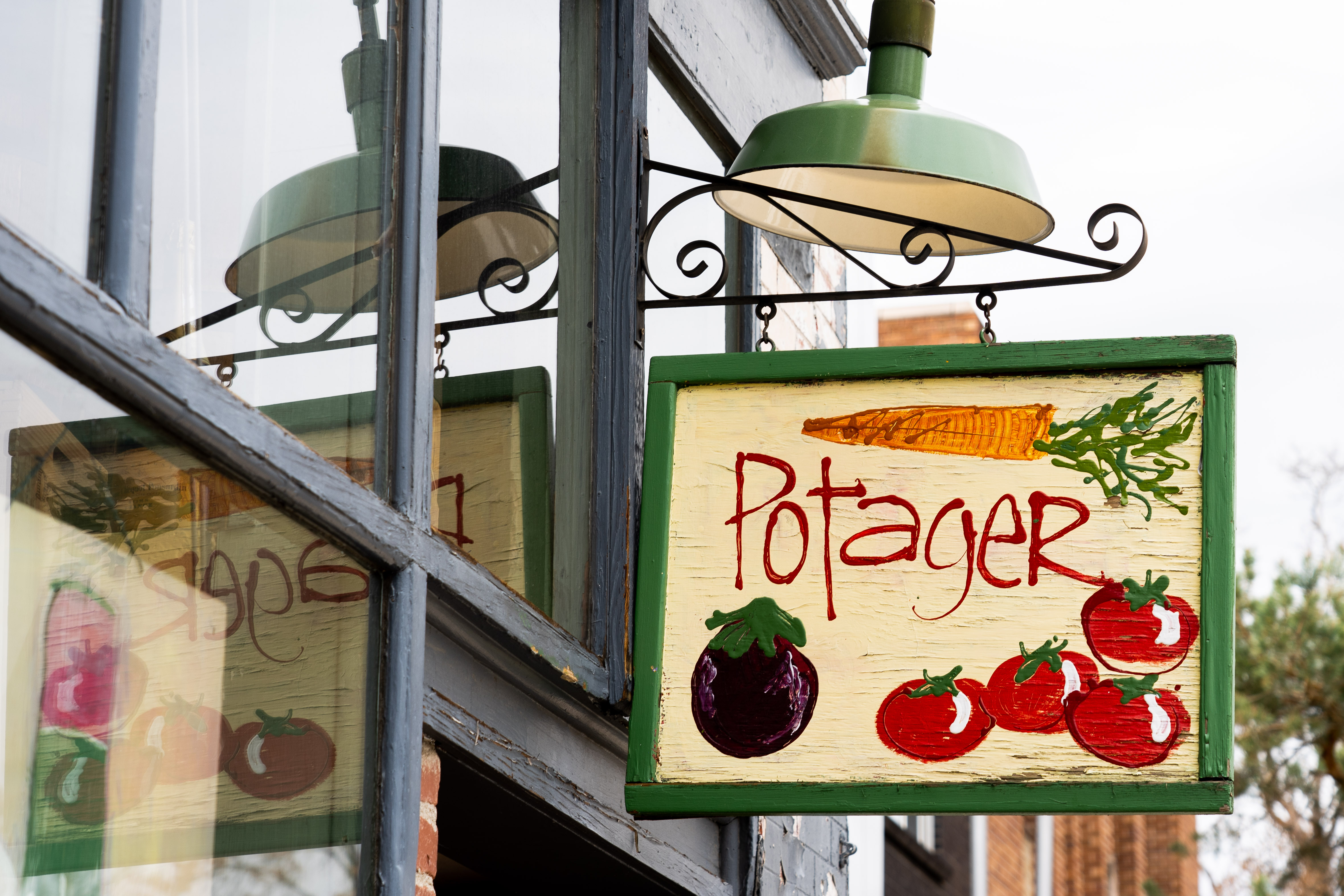 Eileen quickly spread her wings at Potager and within a few months, she was in charge of the wine program. But much like her fateful discovery of the restaurant, Eileen’s luck continued when Potager needed a new chef, and her now-husband, Paul Warthen, took the job. Although all of this only happened in a couple of years, the Warthen’s set deep roots and quickly made the restaurant home. Their wedding was a testament to that as the whole staff jumped at the chance to make it special.

When Rippeto asked Eileen and Paul if they’d want to buy the restaurant someday — they knew they’d want to invest in it. At first, they thought it was more of a five-year plan, but after 23 years in business, Rippeto, who owned the restaurant with her father Tom, ended up wanting to sell sooner than anticipated. In April 2019, the Warthen’s, along with three other partners, including then sous chef Nik Brand, took the helm. Within that year, a lot has changed — but not everything.

Potager still treats its staff like family. The Warthens even added a new addition with their now five-month-old son, Gardy, who can often be found at the restaurant. So when the pandemic hit and many other places decided to shutter their doors and conduct massive layoffs, they decided to do something radical and keep their entire staff of 16 employed.

“How could we just close up shop, keep our bank account safe and know that 16 family members would be without jobs?” she said. “We couldn’t just shut our doors on these people who have worked alongside us. “

Like so many other businesses trying to stay afloat, they got creative. Transitioning to take-out only, they’ve updated the menu, offer pre-made meals and a wine deal, where you can get a mixed bag of six bottles for $99. They’ve also refocused their staff’s schedules and duties to handle all the new responsibilities internally. They now all answer phones, take orders, clean and sanitize all surfaces and pack the food. They also do all of their own deliveries. Even with all the adjustments, running a restaurant with a full staff right now is still far from easy. They admit, it sometimes feels like a gamble.

“As our chef/owner (and my husband) Paul says, ‘We here at Potager are risking everything to retain our whole staff,'” explained Eileen. They even offer the staff two free meals a day and any cleaning supplies or toilet paper from the restaurant, if they are in need. Unfortunately, they still have yet to break even. But according to Eileen, their savings have provided some cushion and they are slowly figuring what works and what doesn’t.

“We are learning EVERY day exactly what it takes to be owners, and while conditions aren’t ideal, we still own a restaurant, and we still want to cook and serve the community!” she said. 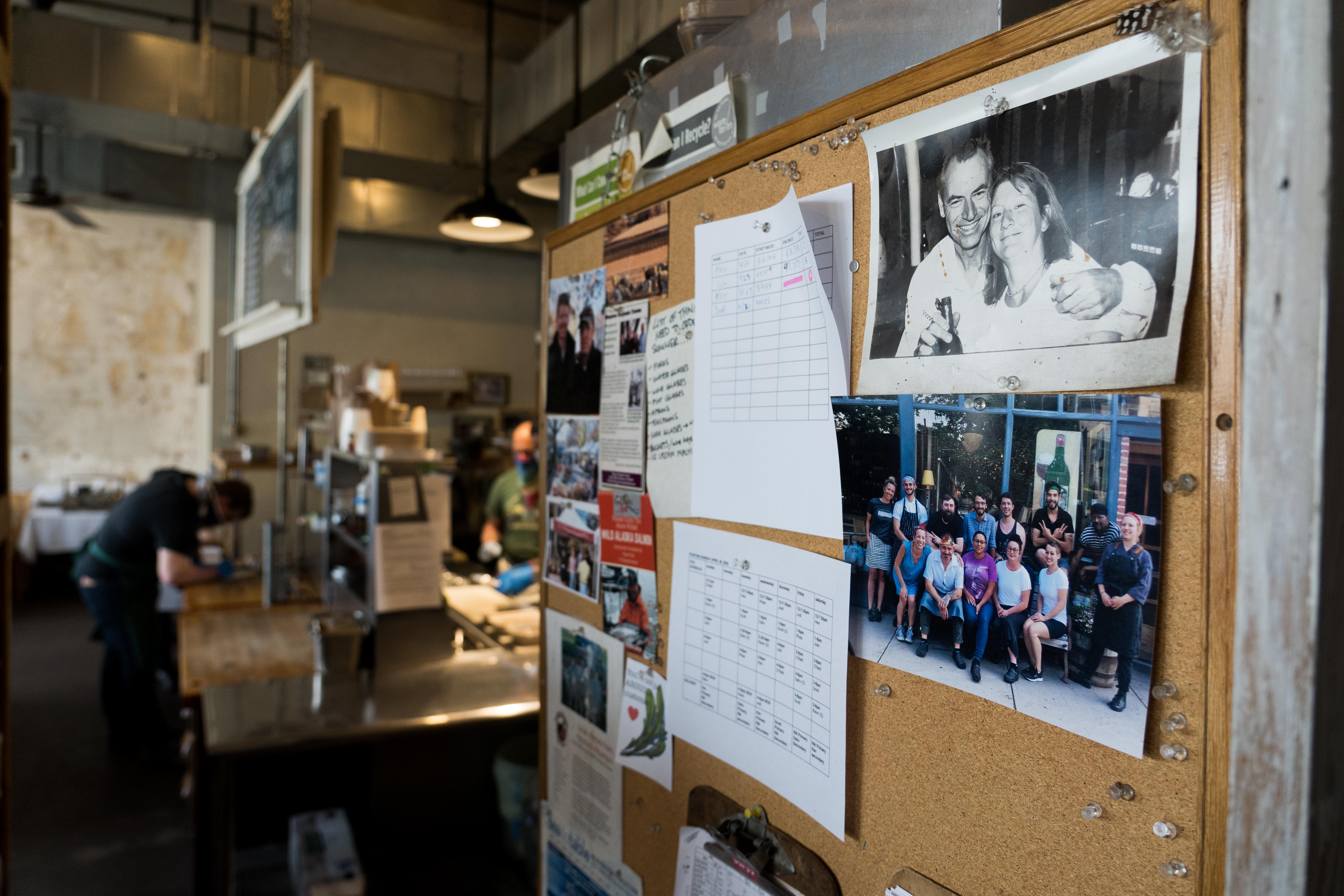 They may still be new owners, but they intimately know the importance of treating their staff, as well as their customers, with kindness and dignity. Potager’s bar manager Scott Ericson sums it up:

“I have been fortunate enough to work with three of the best restaurateurs in Denver. Toshi Kizaki (Sushi Den) Josh Wolkon (Vesta) and Terri Rippeto (formerly Potager). Paul & Eileen Warthen and Nik Brand have only been restaurant owners for a year but have shown they truly care about their staff and community. Their dedication and passion will certainly put them into the same category as the above mentioned owners,” explained Ericson.

No one knows the future of restaurants and dining, but Potager is dedicated to sticking around. They hope as restaurants re-open, they can utilize their garden patio to invite people back into their doors — but regardless, they are ready to weather the storm together.

“We are so grateful to be here, to be a part of the Cap Hill neighborhood, to carry on the tradition that Teri and Tom Rippeto started back in 1997,” she explained. “We honestly believe we are going to make it and we will continue serving the neighborhood for another 20+ years.” 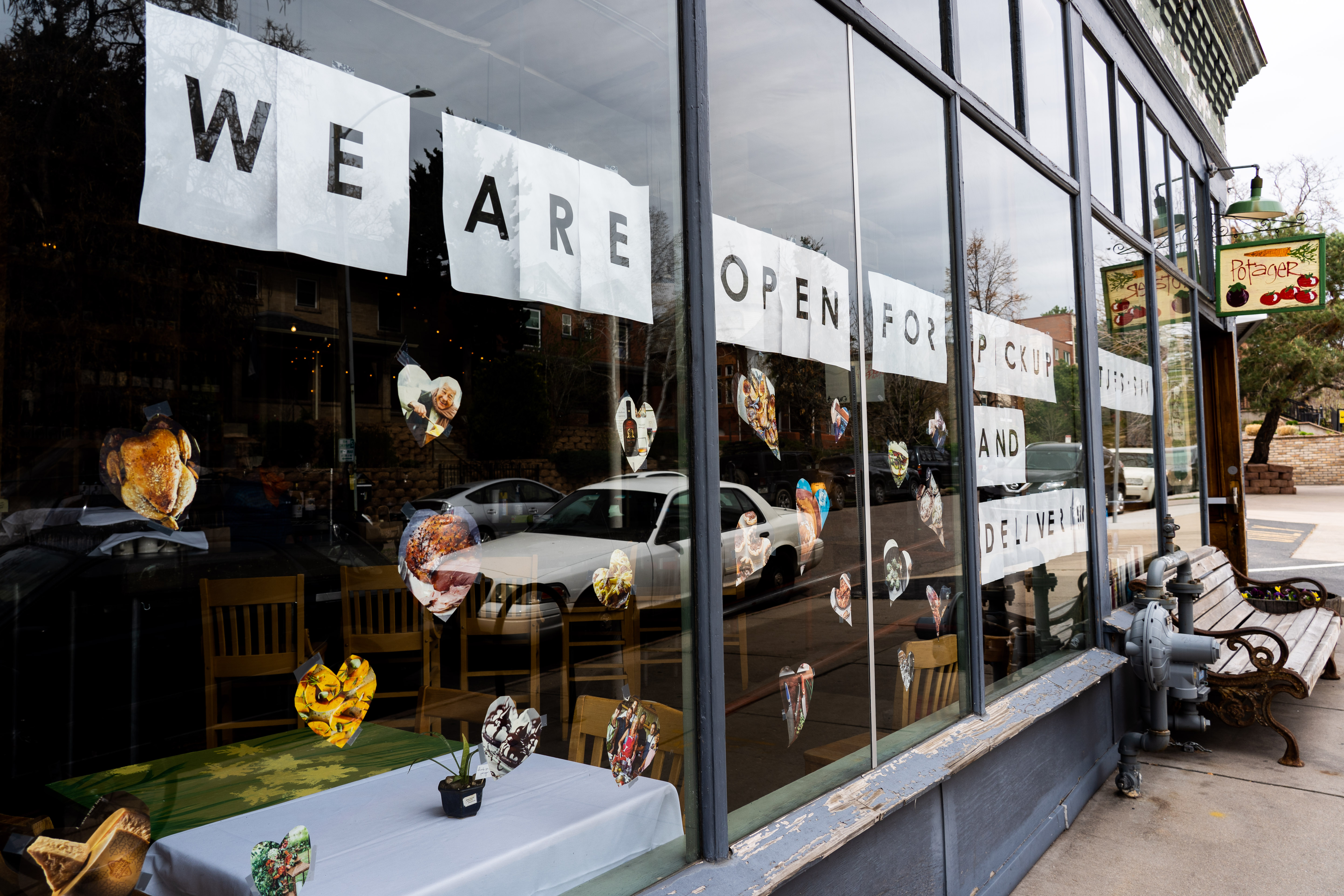