Photo courtesy of The Market at Larimer Square

After 37 Years, The Market at Larimer Square Permanently Closes its Doors

Locally loved since 1983, as its slogan accurately affirms, The Market at Larimer Square announced on April 14 its decision to shutter its doors, with no current plan to reopen. According to Mark Greenberg, who’s ran the market for 20 years, COVID-19 was not the sole contributing factor to the business’ conclusion. Greenberg is a grandfather, and retirement’s been on his mind for a while — but “the pandemic certainly sped up the timing.”

The loss of this Mile High mainstay tugs particularly hard at the community’s heartstrings. In addition to its eclectic offerings — The Market was a grocery store, a deli, a bakery and an espresso bar — it attracted customers of all walks of life. “I’m proud that we created a place where anybody was welcome. It didn’t matter if you were a local, a tourist, a politician or you were a guy who was down on his luck. The Market was for everyone,” eulogized Greenberg. 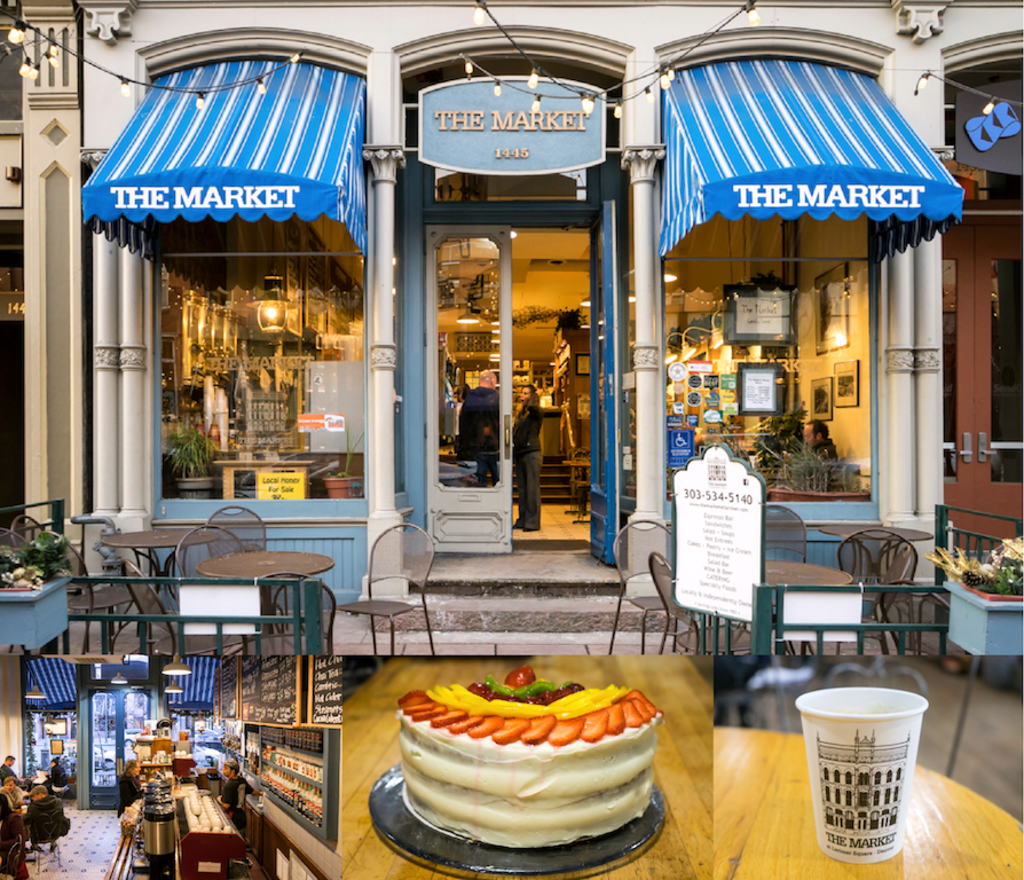 Greenberg is one of countless Denverites for whom this institution shaped his experience of city life for the better.

“Long before I ever owned this place, this was actually where I took my future wife on our first date,” Greenberg reminisced. “I told her if I could buy any place in Denver, it would be this one. In 1983, we did just that. We’ve had [an] incredible run, and I’m grateful to the Denver community for letting us be a part of their lives for so long – from your morning coffee run and lunches with friends to your yearly Spring Fling traditions and family celebrations, and so many moments in between. It has meant the world to me.”

Located within the historic downtown block that withstood the city’s conversion to high-rise condos and skyscrapers in the ’70s, The Market at Larimer Square was a symbol of integrity and longevity. It was even once owned by famous preservationist Dana Crawford, who was a major player in saving the block from destruction. She later went on to revive Denver’s Union Station and the market was sold to Greenberg and his brother Gary. They turned it into the first espresso bar between New York and Los Angeles as well as the market and deli many know today. But nothing truly speaks to the place’s ongoing integrity more than its staff. More than 50% of The Market’s employees had worked there for more than eight years at the time of its closing, and many of them had worked alongside Greenberg for decades.

The independently-owned market never placed any ads throughout its 37-year history, preferring to rely on word of mouth and customer loyalty for business. One particular item, the Spring Fling cake has become legendary over the years and likely served as a catalyst for many recommendations. To give The Market a sufficient send-off in the midst of government orders to socially distance, however, organizers are putting together a social media campaign. People are encouraged to share their favorite memory of The Market on social media. Those interested can tag The Market on Instagram (@themarketatlarimer) and/or share their story by using the hashtag #37YearsAtTheMarket.