Netflix hit its stride in the domain of reality TV earlier this year with Love Is Blind, a dating experiment that aims to test the idea that love can prevail in the absence of  initial appearance-related attraction. Though filming for the show took place in fall 2018, its air date of February 2020 could not have coincided more perfectly with the age of coronavirus, where more people are at home streaming video entertainment.

In the first few episodes of Love Is Blind, contestants flirt with each other, select a solo partner and get engaged to them in a matter of weeks, all without ever laying an eye on one another. The cast is only allowed to communicate from the vantage of isolated “pods” that shut out all opportunities to see and interact with each other in person. Are these circumstances hitting a little close to home for some viewers? Close enough, in fact, to turn this premise into a virtual dating (and entertainment) service within select communities?

Two small business owners in Washington D.C. answered yes. On March 25, Beth Cormack and Alex Lopez launched D.C. Is Blind, an online reality dating show and spin-off of the Netflix hit that features local residents. Its overnight success prompted them to create Your City Is Blind, Inc., which is launching seasons in six cities nationwide. Denver has made the cut. 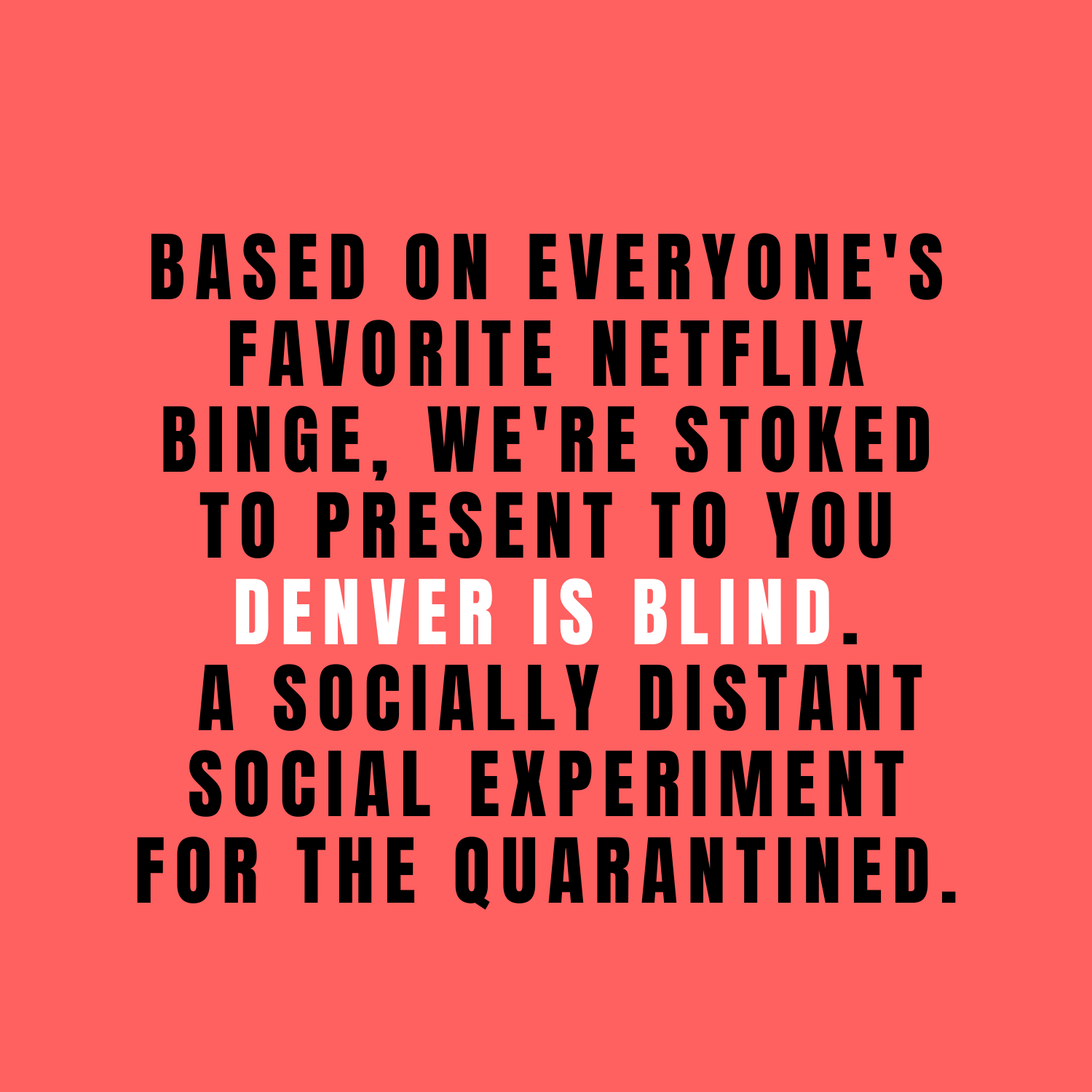 Here’s how the iteration of the spin-off in our community works:

Residents of our mile-high city wishing to find love (and/or 15 seconds of fame) can fill out an application and submit a one-minute video to be on Denver is Blind here. This audition portal is open until 5 p.m. on Wednesday, April 22.

Selected contestants will undergo several “blind dates” (conference calls with no visuals) amongst each other from April 26 – May 3. Throughout the process, cast members will submit a confessional video of themselves expressing their reactions. Like Love is Blind, they can also gossip with one another between dates, but this time they will do so through Facebook and WhatsApp messaging services.

While Your City is Blind, Inc. curates all this content — including the online chats — the company will post it regularly to a private Facebook group that all other Denver residents can access, if they pay $8. This is how the community “watches” all the drama unfold.

At the end of the week, contestants will select a “Quarantine Bae,” as the company’s calls it, but “will their Quarantine Bae feel the same way about them?” That is the question this cultural moment begs of us.

This first season of Denver Is Blind is seeking only heterosexual contestants, but Cormack assures that an LGBTQ season for the city is in the works. Carrying out such a season would surpass the Netflix original version on this front: though Love Is Blind has been renewed for two more seasons, there is no official talk of centering non-heterosexual cast members.

For more information on being a participant in or spectator of Denver Is Blind, check out the company’s FAQ page. 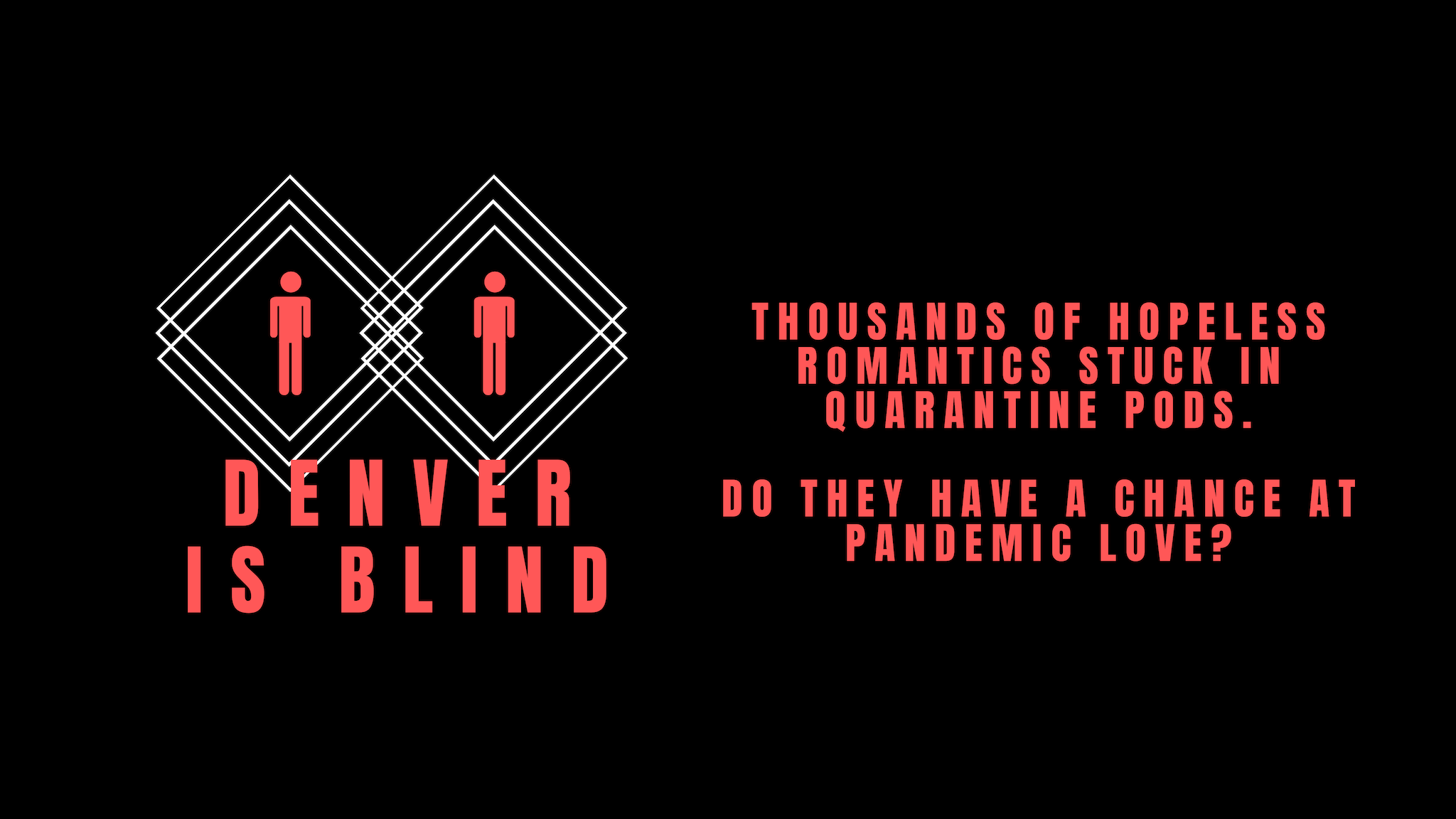