With many modern ice cream shops flooding the dessert scene in Denver, Sherry’s retro soda shop transports you to a simpler time when it was cool to hang out at the local ice cream parlor and watch the soda jerks work their magic. 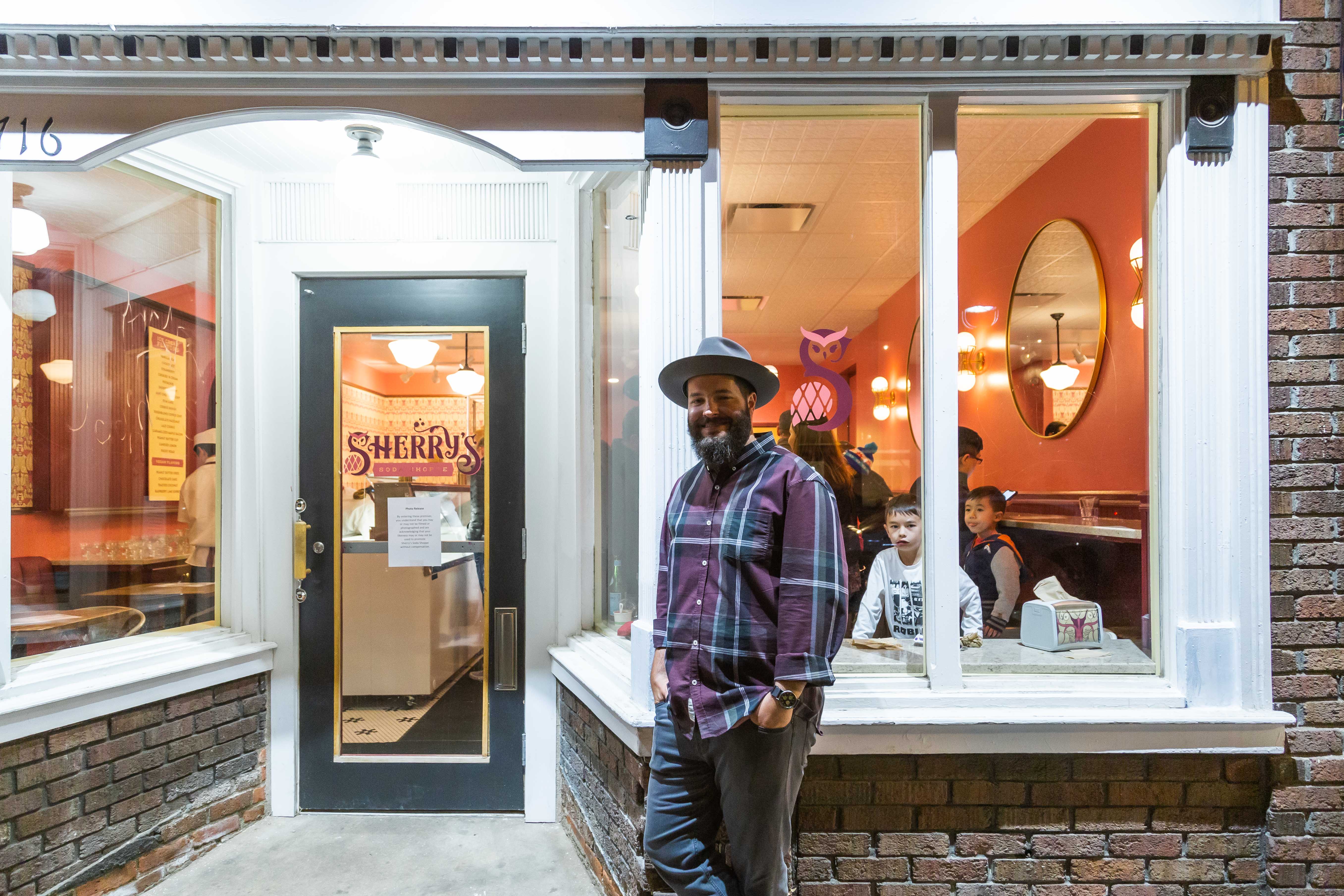 The grand opening is set for March 10 in the Five Points neighborhood — in the same location where the now-closed Rolling Pin Bake Shop used to be and next door to the original Rosenberg’s Bagel. Similar to Little Man’s retro ice cream shop, Sweet Cooie’s, Sherry’s namesake is a familial one. Owner Joshua Pollack’s grandmother, Sherry Rosenberg can be felt within every corner. Rather than walking into a sock hop replicated ice cream joint, this concept is influenced by Joshua’s home state, New York, with classic mid-century modern designs stamped throughout. With a rouge and beige color scheme, the retro wallpaper print is one you’d only find in your grandmother’s house and has cute little owls staring back at you — which Sherry adored.

The menu continues to see her influence with two flavors Sherry’s Cherry and her favorite — pistachio ice cream. The rest of the list is stacked with vintage offerings including lace cookie, rum cake, candied lemon and the staples — chocolate, strawberry and vanilla bean.

Each ice cream scoop is served in a classic clear glass sundae bowl at $3.75 for one scoop and $5 for a double scoop. For the on the go ice cream, a cone is offered for $1 to $1.50 extra — waffle cone or pretzel cone style.

While ice cream shops never go out of style, soda shops certainly have with only a few other places in Denver offering the sweet treat. At Sherry’s, there are 11 different stirred soda flavors including root beer, cream soda, blood orange, lavender and a CBD lavender lemon. If stirred sodas aren’t your style, the shop also offers espresso and affogatos — traditionally a scoop of vanilla with a shot of hot espresso poured on top.

Pollack’s goal in designing this vintage concept is to recreate the nostalgic feeling of hanging out at a soda shop and catching up with friends. It’s fitting for the area too, considering the historic neighborhood saw its prime during the same era and likely had its share of soda fountains back in the day.

“Soda shops were sort of a bar culture for kids. That’s where they would go to socialize and the soda jerks would entertain them. That’s the concept we’re going for,” Pollack said.

With Frank Sinatra music of the late ’40s and early ’50s radiating from the speakers combined with the bow-tied soda jerks, it’s hard to not feel the warmth of nostalgia at Sherry’s.

Editor’s note: a former version of this incorrectly stated Sherry’s last name. It is Rosenberg not Pollack. We have corrected the error.