Twenty years ago, Denise Soler Cox, creator of the film Being Enye, had a radical idea. To transform how we think and speak about cultural identity and what it means to belong. Now, this idea is helping millions of Latinos “overcome shame and isolation of not feeling Latino enough.”

Cox now has an award-winning film Being Enye, a podcast The Self-ish Latina and Project Enye. A project in which NBC Latino has called ¨a voice for first-generation Latinos,” and many of her listeners would agree. With Denver’s constant growth, Cox found it important to make Colorado’s heart the home of her project. 303 recently asked Cox what it looks like to have cultural self-awareness, why it’s important to base the project in Denver and what her plans are for the future. 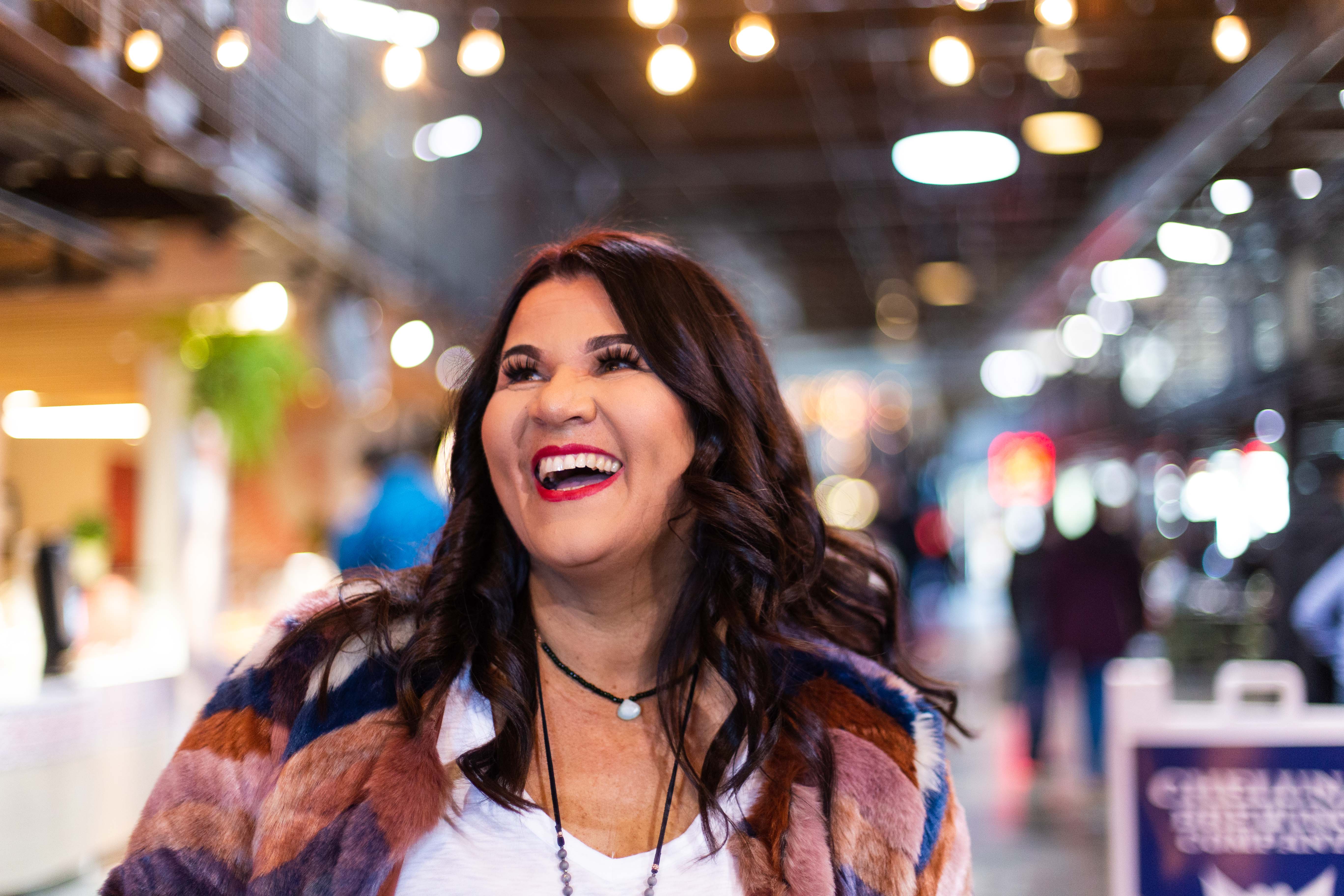 303 Magazine: You have worked on Being Enye and this project for about 15 years, what finally pushed you to create this piece of work?

Denise Soler Cox: I had the idea 17 years before I took real action on it. I always knew this was what I wanted to do with my life but I just couldn’t get it out of my head that I wasn’t the right person for it. At the time I had zero filmmaking experience and a long list of great reasons why I couldn’t do it. One day I just got sick of telling myself that I couldn’t and I decided that I would give myself a year to figure it out. If I couldn’t after a year, then I would let the dream go. In less than six weeks I was pitching the film to my now creative partner, Oscar nominee Henry Ansbacher and together we made and released the film and we haven’t looked back.

DSC: At first, eñye (the phonetic spelling of the letter ñ) meant the children of immigrants from Spanish speaking countries. There’s a unique experience that we share and I wanted to tell that story. However, over the last four years, the definition has broadened to include anyone who has ever felt “Ni de aquí Ni de allá” Spanish for “Not from here, or from there.” It has come to signify a cultural in-between place that at times can feel, confusing, isolating and disconnected.

I wanted to make a film that acknowledged and validated this personal experience and let people know they are not alone.

303: Why do you believe that this movement is important?  and what do you think it means for those who identify as an Enye?

DSC: It’s important because belonging is one of the top three human needs. I knew that if I could help those that identify with being an eñye to feel more connected, to feel like their experience mattered, then a sense of belonging would follow. I wanted as many people as possible to experience the deep level of connection that I felt the night that I had the idea for the film because I want to live in a world where people know they matter and making the film is my way of contributing to that outcome. 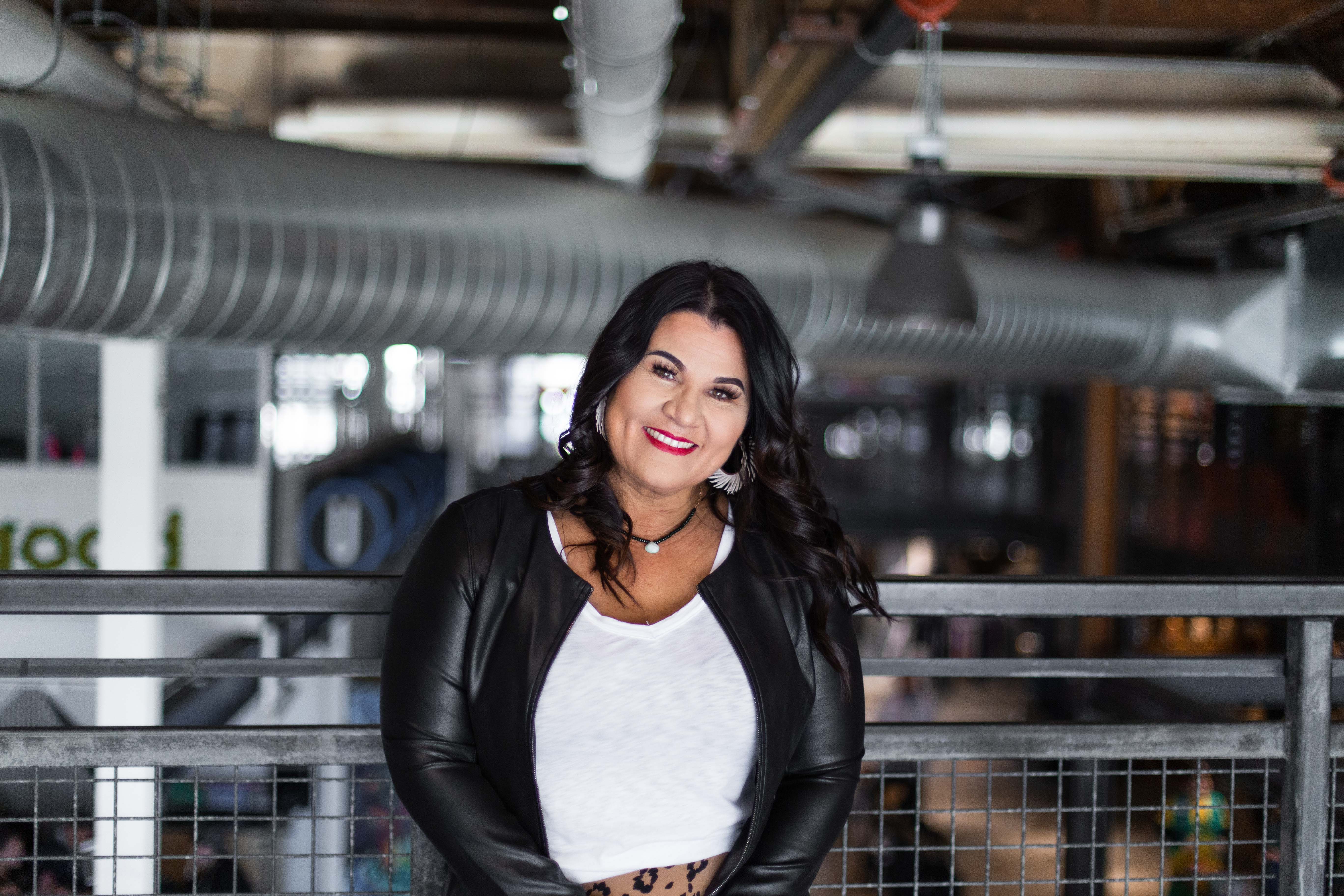 303: Your project and film Being Enye focus on helping Latinos overcome the feeling of not being “Latino enough,” Why do you believe so many Latinos feel this way?

DSC: I struggle to answer this question succinctly because there are so many reasons that contribute to this and I couldn’t possibly get into it all here. Simply put, we’ve internalized the negative messages that we’re exposed to from the media, from the education system, and from our communities. Messages that say our language isn’t OK to speak in public or in school, that our skin color is not acceptable, that our hair is too curly, that our accents are funny and make sound uneducated, that are traditions and cultural norms are too restrictive or too much or too different. We have been othered and it’s remarkable that we have come so far as a despite all the inherent challenges.

We don’t see enough (or any) representation of our community in areas like government, the media, entertainment, in positions of power in corporate America and I could go on. Any child would begin to put these things together and make decisions about their enoughness. It happens very slowly and over a long period of time but it happens and it comes out as adults in our behavior and in what we believe is possible for ourselves. It comes out and if we’re lucky we have self-awareness about it and we can begin to break free of those belief systems and create something totally new for ourselves based on mattering and a firm belief that we belong. 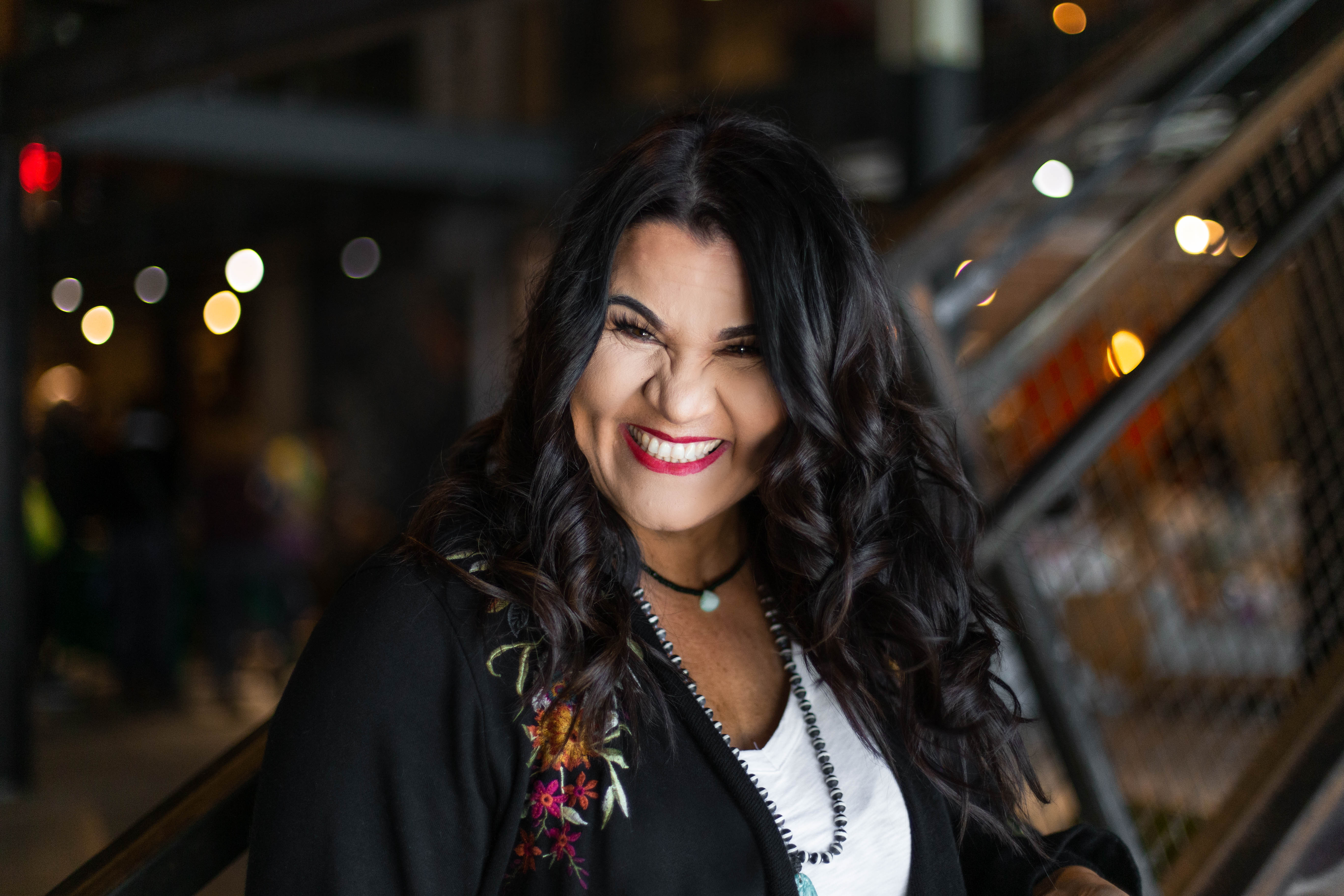 303: Project Enye, has a group on Facebook, where many Latinos can discuss their experiences, why is it important to share our experiences with one another?

DSC: It’s important to share our experiences with one another because first, it feels great to actually be heard and second because one of the biggest gifts of sharing authentically is realizing you are not alone. Many of the people in the group had no idea until they saw the film that anyone else felt this way. Imagine feeling alone and then realizing you are actually a part of a very big group of people that know exactly how you feel? It’s a sacred space and the content that is shared is very carefully curated to make sure that we stay focused on themes of identity and belonging.

303: Your podcast speaks on the negative connotation that the word selfish has on the Latino community, why do you think this is? And how are you changing this narrative?

DSC: Focusing on oneself in any way is taboo in Latino culture. We prioritize family and the group which is a beautiful thing, but the women of our community, are expected to put everyone first. Kids, husband, family, extended family, they all get to go first. Women lose in this situation because we never get our turn. If we focus on our aspirations, on our interests outside the family we risk appearing selfish and self-centered like we don’t care about our families and that’s a big cross to bear. I wanted to destigmatize the word and “poke the beehive” of the cultural norm because it’s broken. We wanted to deal with it out in the open, so we decided to name our podcast Self-ish Latina so it could be used as the start of a conversation. It’s important (and healthy) to question why we believe the things we believe especially when those things don’t serve us. 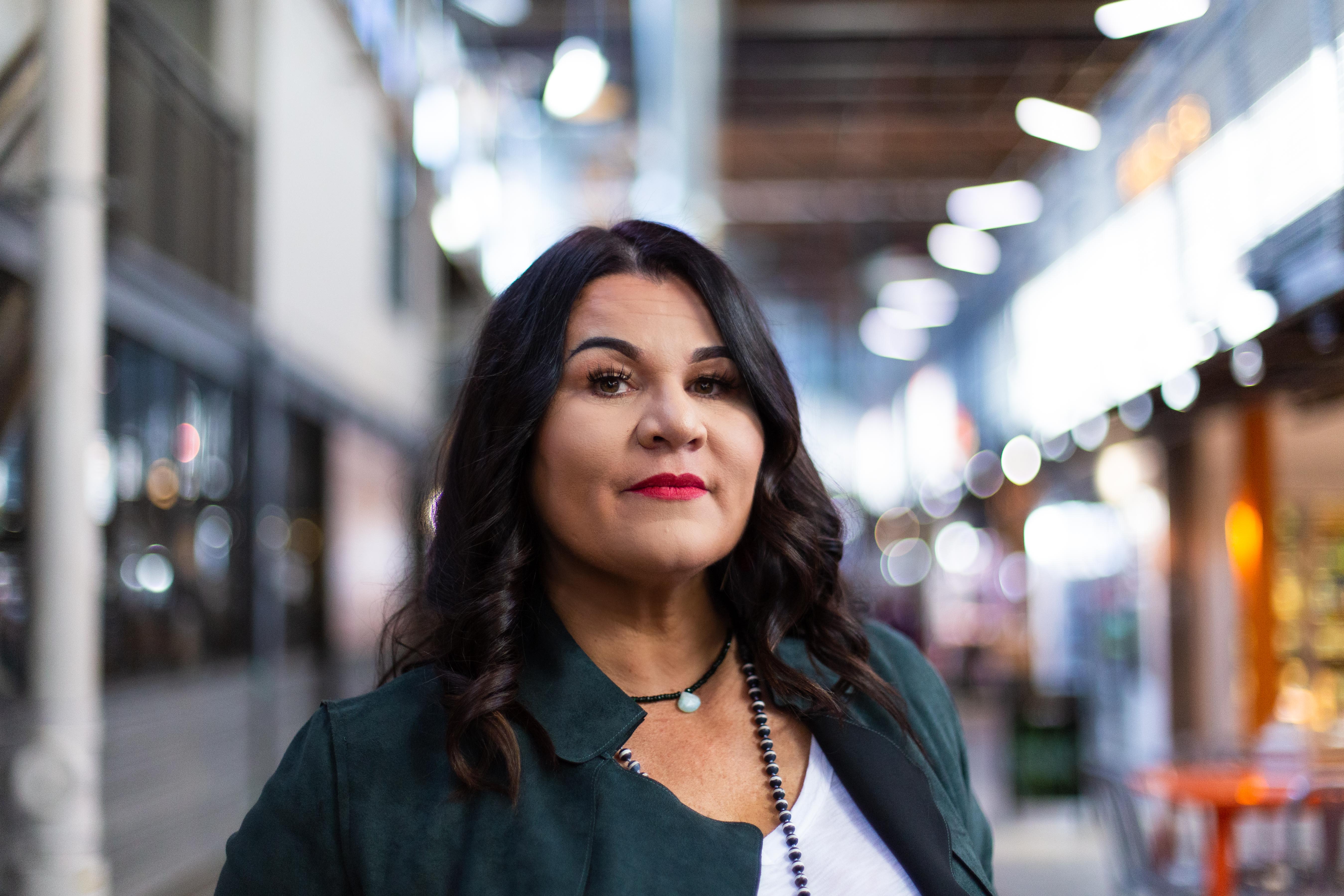 DSC: I had an idea that I sat on for 17 years and didn’t do anything about it because I believed the lie that I wasn’t enough. One day I decided that my purpose meant more to me than continuing to believe the lie that this idea didn’t matter. That bold decision that set forth an unimaginable future for which I am incredibly grateful. I want that for everyone and everyone can have it if they’re willing to embody what these words mean to them.

303: What are the challenges you have faced basing this project in Denver, and why do you believe it is important to make Project Enye’s home in Denver?

DSC: All independent film projects have inherent challenges regardless of where they are based. More and more, Denver is attracting amazing talent and we are fortunate enough to be able to work with incredible people. Even though I was born and raised in New York, I choose to raise my family here to make my home here. The growth of the city is experiencing is inspiring to me and echoes the growth of the project. We look forward to continuing to grow roots here and to work with the creative community that it has attracted.

303: What are some of the ways people can get involved in this project and the work you are doing?

DSC: First things first, you have to see the film. If you’re not an eñye that’s ok. If you love an eñye, you’re married to one, you work with one, etc. we actually have a name for you too  – fr’eñye. Also if you are just curious about a world that we say is “hidden in plain sight”, the film will be very eye-opening to you. It’s a fast 37 minutes. Brings tissues. 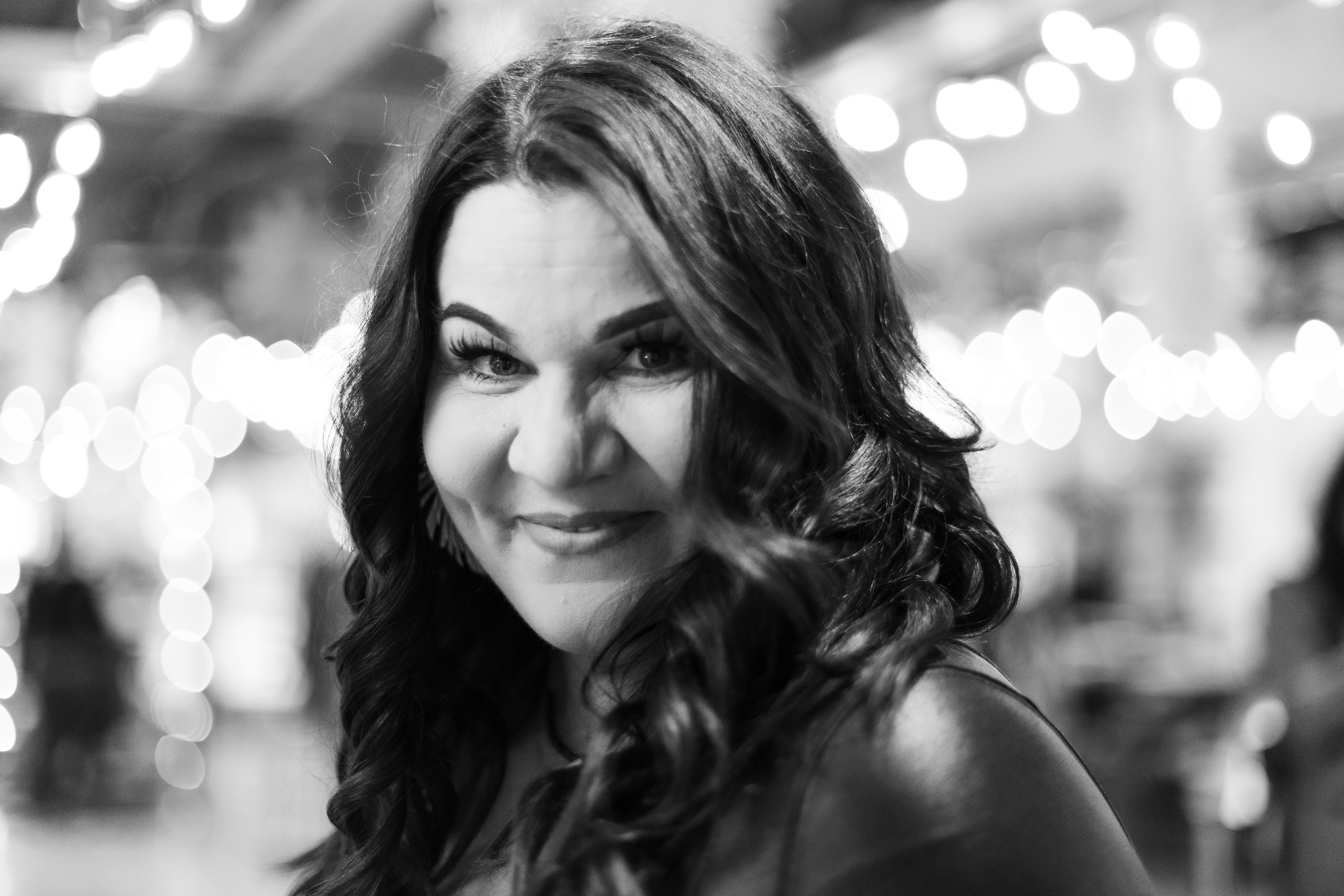 Editor’s note: a former version of this article inaccurately stated the population of Colorado in relation to the United States. It has been updated and we regret the error.