If you’ve ever found yourself wondering what the “kids” are listening to these days, look no further than Rex Orange County. In a scene comprised of Billie Eilish’s and Lil Uzi Vert’s, Rex Orange County is so normal it’s bewildering, and that’s a compliment. The Gen- Z crooner’s music is un-complicated —  love songs with drifting lyrics and loose influences of hip-hop and jazz.  Rex Orange County is a “Ben Folds-type” if you will, with more urban influences and a touch more soul. That said, the singer’s meteoric rise — as evidenced in the mania of shrieks and sensation surrounding his sold-out performance Friday night at The Fillmore Auditorium — was still enough to catch a great many off-guard. 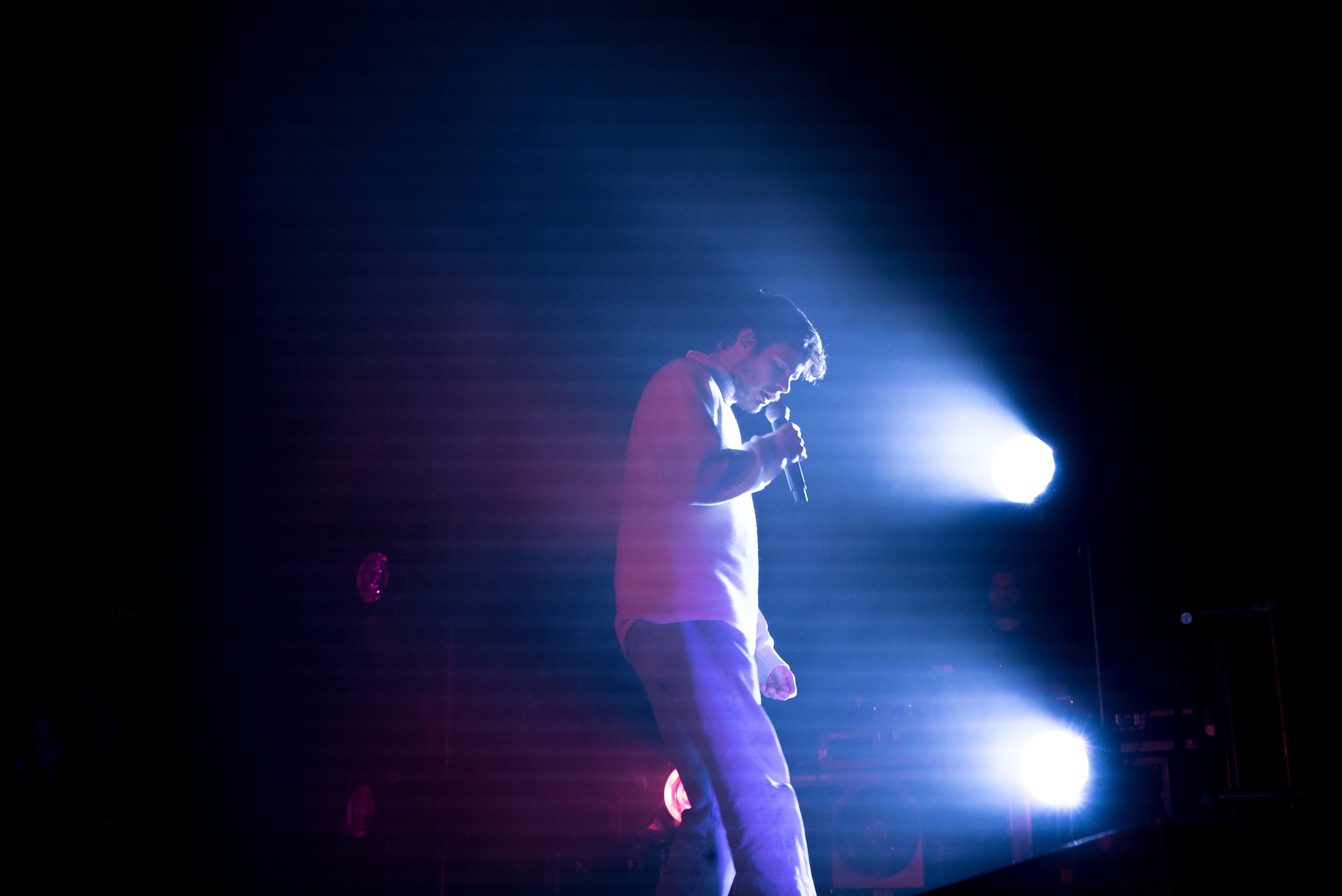 As you could probably already guess, nothing about Rex Orange County conjures the association of “pop star,” but here we are. A sea of people cramming through the Fillmore’s double doors, rushing to get up close and personal, X-marked hands seemingly touching the venues chandeliers, selfies and cell phone lights flashing in the depths of a crowd shaken up and spilling over with anticipation — standard pop star inclinations.

With a crowd as “jazzed” (no pun intended) as the one filling out the entirety of the venue, who needs an opener? Certainly not Rex Orange County. Standing in front of a plethora of clouds and beaming down at the cheering crowd, the 21-year old was an innocuous as a struggling but charismatic rapper pushing mixtapes on the sidewalk, playing for a room of thousands. And yes, it was every bit as charming as you could imagine. 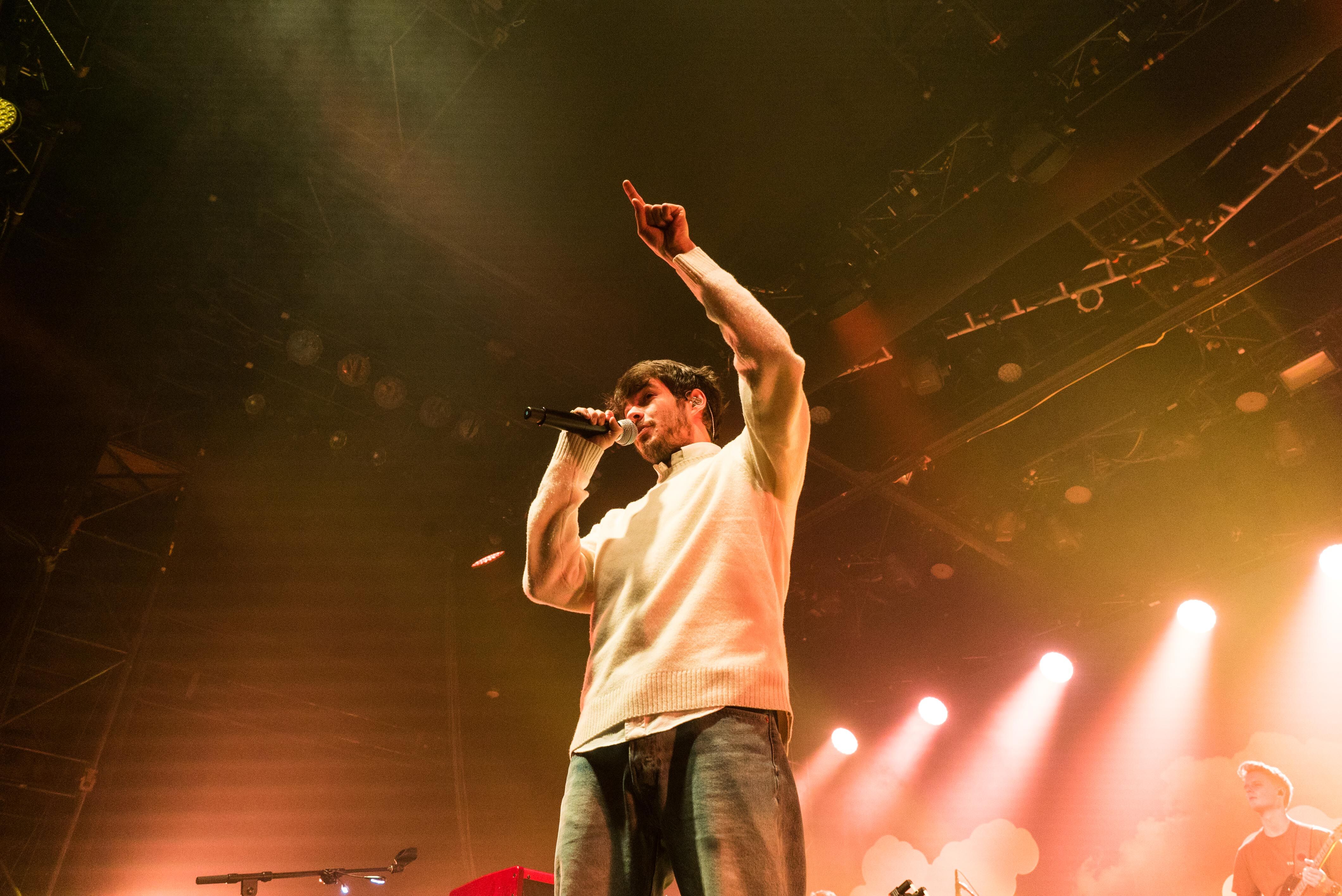 Born Alex O’Connor, the English singer/songwriter got his start self-releasing his songs on Soundcloud and nabbing a cult-like following in the process. The organic nature of his rise was manifested in full as the scores of people gathered in the Fillmore Auditorium bobbed their heads and sang his songs with the volume of their voices cranked to the max. The new songs from Pony, his newest album, chugged along, a runaway train of unabashed coming-of-age anthems perked up with O’Connor’s full band amplifying each moment.

Staples like “Corduroy Dreams” and “Sunflower” had people spinning their loved ones where precious space allowed and rocking along with O’Connor himself. O’Connor even held a string of songs, like “Every Way” and a rousing cover of Alicia Keys’ “No One” solo, which, contrary to popular belief, gripped the young audience as they held on to his every word. The audience ate him up — a macaroon of the culture du jour. His infectious nature, a byproduct of his ability to be so incredibly relatable, felt like an honest reflection of him and his artistry in motion. Consider the code cracked. 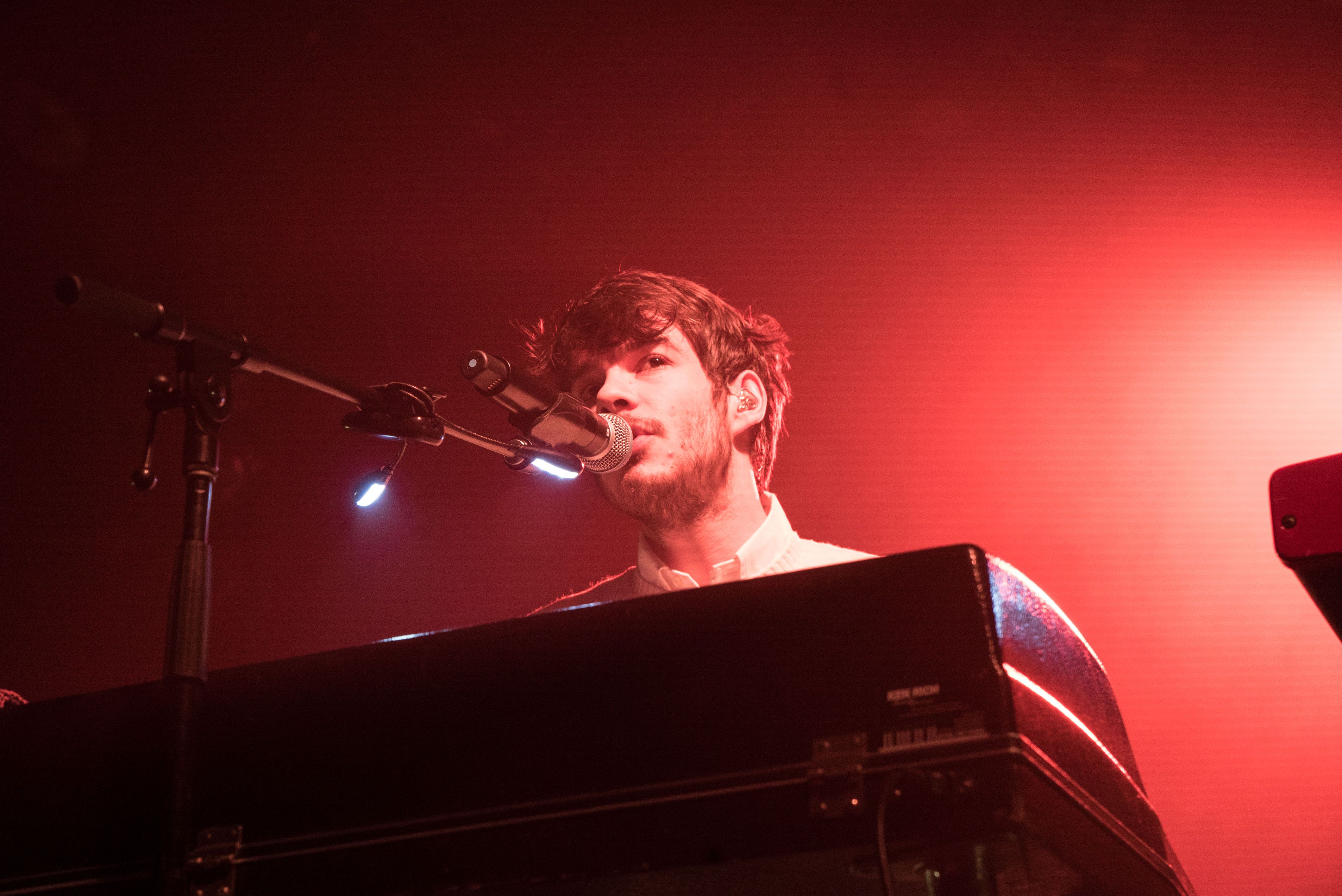 Rex Orange County is as massive as he is because he isn’t some glammed up, image-driven pop star. His songs exist in themselves, moments we can all relate to, that come to life for his audiences. In that respect, Alex O’Connor’s project is about honesty. Watching him convey his honesty to the thousands gathered in the Fillmore Auditorium has never been easier to understand.

All photography by Lukas Crosby