The Infamous Stringdusters make their debut appearance at Denver’s new Mission Ballroom this Saturday, January 11 for one night only, leaving just one chance to catch their Grammy award-winning bluegrass music. Though we frequently catch sight of Chris Pandolfi or Andy Hall during jam sessions at venues like Cervantes’, it’s not that often that the full band plays in Denver, and this will be the first time they’ve graced the venue that has quickly become a favorite for music fans across all genres. In October, we talked to Pandolfi about Denver being the band’s biggest market, so there’s no doubt the Stringdusters will bring their A-game this Saturday.

Not only is Denver a huge market for the Stringdusters, but the show at the Mission happens to the first night of an extensive tour that lasts through the spring. “Kicking off the tour in Denver is perfect,” said Stringdusters dobro player Andy Hall. Along with being home for both Hall and Pandolfi, Colorado is one of the band’s favorites places to play, and Hall recognizes the importance of playing at the Mission, which he referred to as “this amazing gem of a new, large venue in the Denver area.” About the show, Hall feels like “it’s important to show the fans here how excited we are, and what the Stringdusters are up to in 2020. The stoke level is extremely high.” 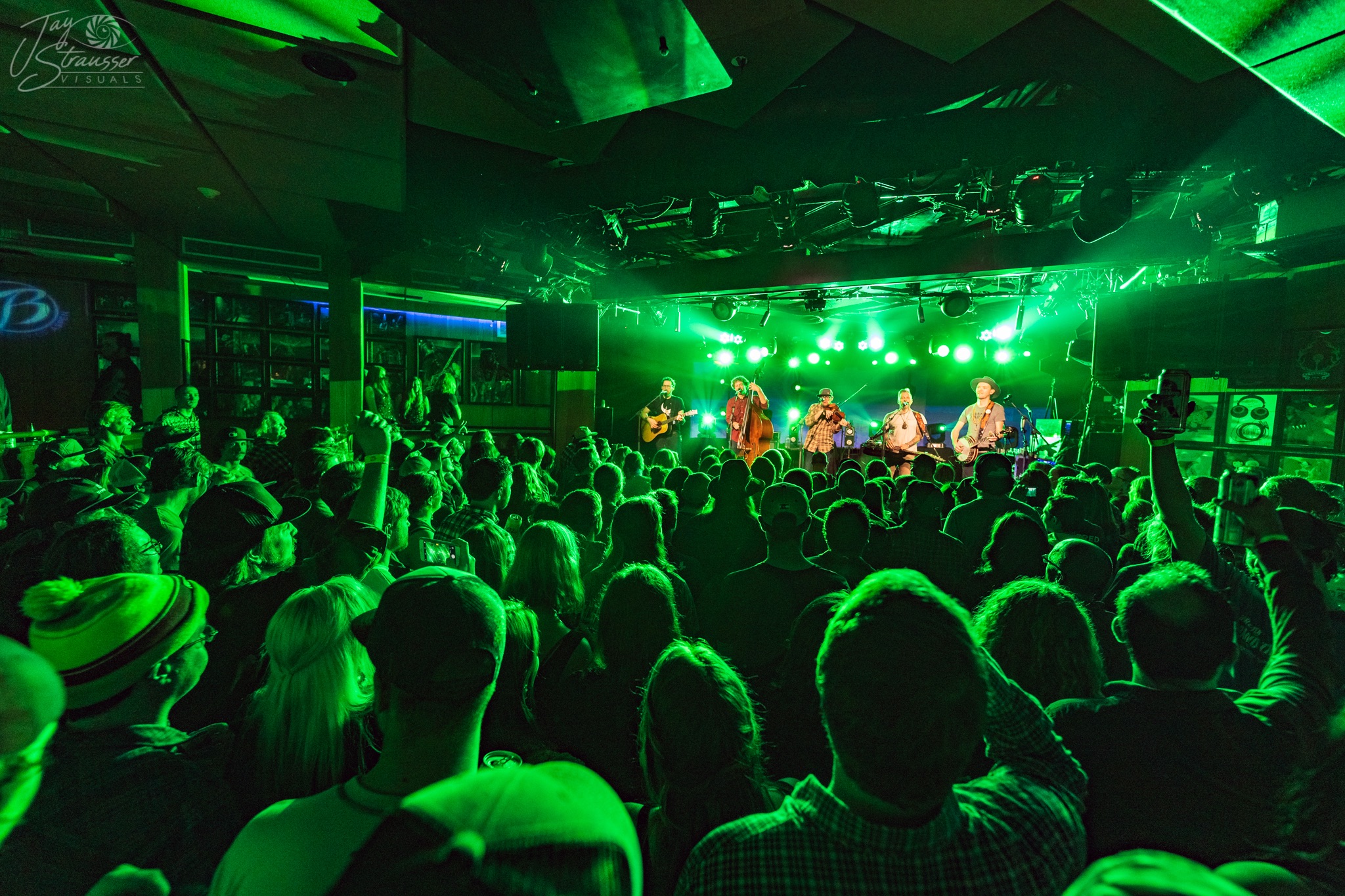 The Stringdusters won the Grammy for Best Bluegrass Album in 2018, and it’s a wonder how the band keeps the momentum after reaching such an impressive milestone. For Hall, it’s only going up from here, with the band constantly and consistently “wanting to push ourselves to make our shows better.” He says they’re all still evolving and growing as songwriters and musicians:

“People who maybe saw us five years ago may think they know what they’re getting, but it’s quite different now. The continual progression of writing better songs and playing more engaging and exciting jams and improvised sessions seem to be continuing forward, and we’re riding that wave. We’re just continuing to push that boundary of what we can achieve and how we can connect with people.” 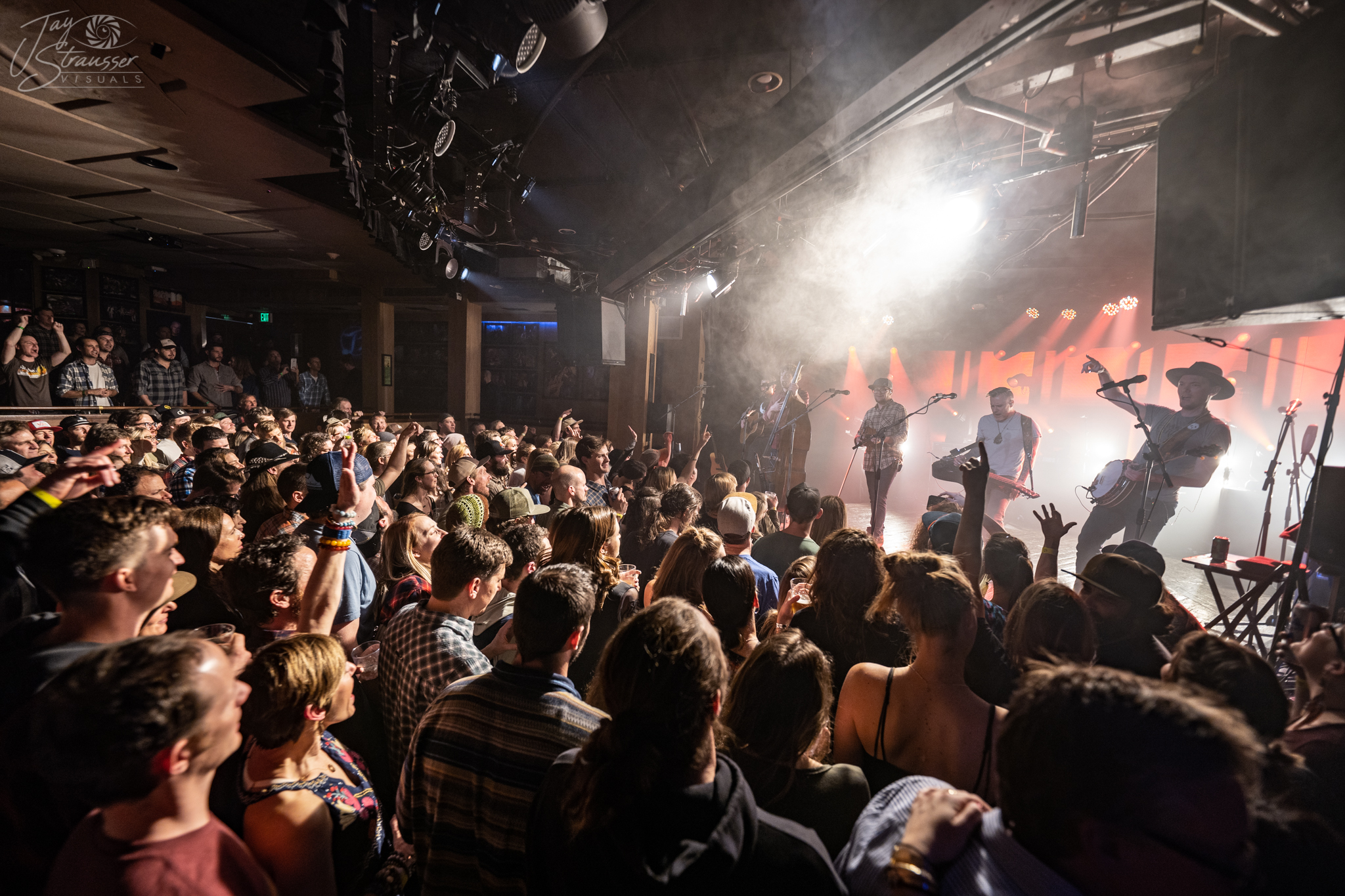 Opening the evening this Saturday will be Trout Steak Revival, good friends of The Stringdusters and especially of Pandolfi, who produced their last two albums. The Stringdusters will also have special guests Jason Hann and Michael Travis of The String Cheese Incident sitting in during their headlining set, so things are bound to get weird, in the best way possible. Hall also shared with us his excitement about the full set they have planned to play with Hann and Travis:

“We wanted to do some type of collaboration. We tried to think of a musical guest that would really add something that we don’t already have taken some thought. We thought — the drums, the rhythm. They’re the best in the business. They know bluegrass, they know jam music, they can do anything. I’m just as excited as anyone to hear what some of our songs sound like with a full rhythm section.”

Tickets for the Infamous Stringdusters at the Mission Ballroom are available here.

22 Unique Things To Do in Denver This Weekend