This Restaurant In Littleton Gives A Lot Of Love To Latkes

This charming ranch-style home in Littleton has earned a second life as a neighborhood restaurant. Latkes have been around since the biblical times and continue to be a staple in Jewish cuisine especially during Hanukkah. At Latke Love, these long-established crispy potato bites are given a renovated flavor profile. On the outside, this restaurant looks like any other cozy home. But on the inside, these tasty potato pancakes are dropped into hot fryers and topped with homemade comfort food. 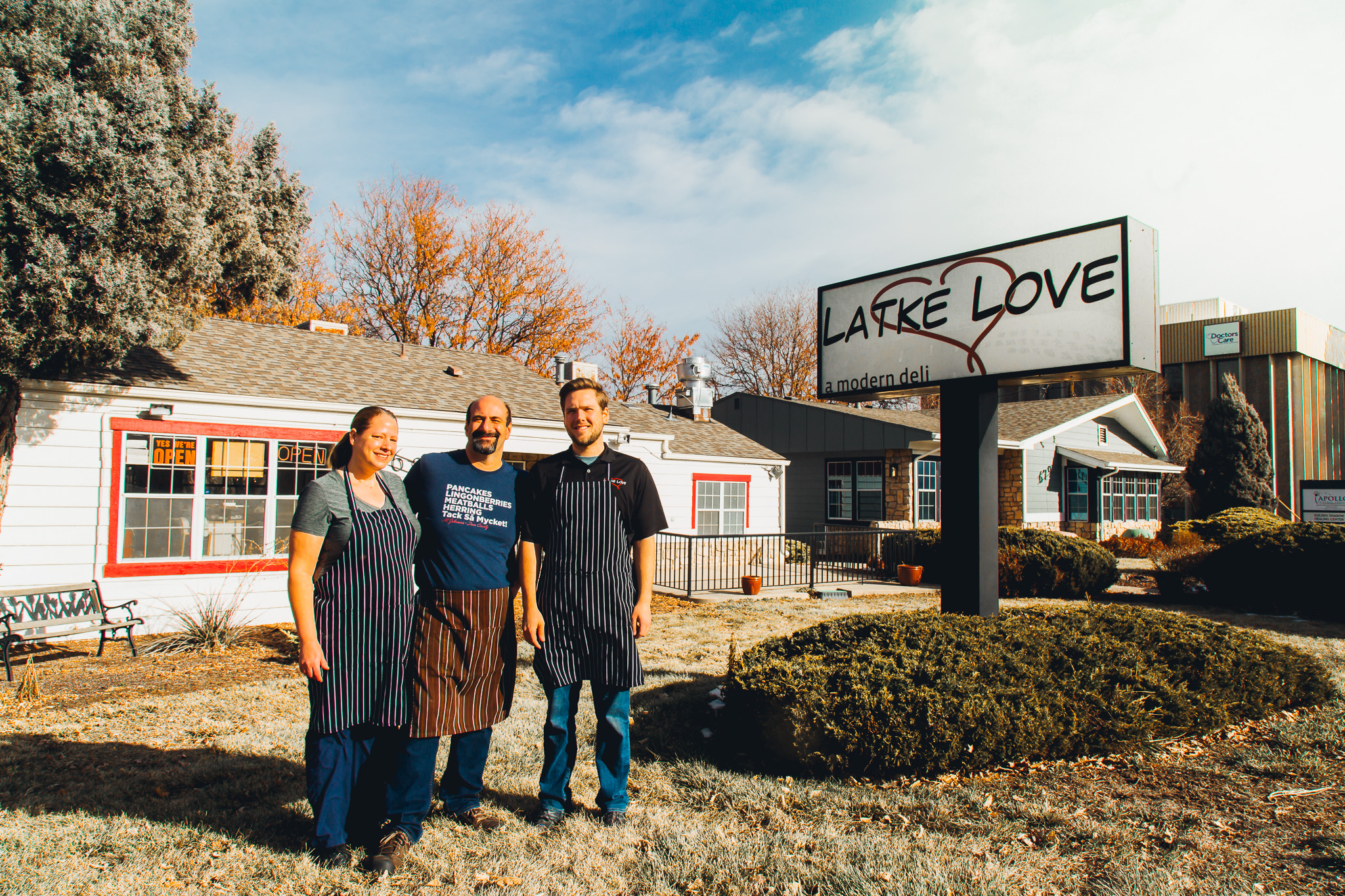 The Shanders started a catering company in 2010 and frequently sold their latkes at the Cherry Creek Farmers Market before opening their first brick and mortar location in Denver. It was in December 2015 when owners Steve and Tina Shander decided to move their location to Littleton to open a restaurant dedicated to these crispy bites after receiving resounding feedback from latke lovers across Colorado. While Steve grew up eating latkes — his wife, Tina, grew up eating potato pancakes. Essentially the same dish just prepared a bit differently. The family recipe used at Latke Love comes from Tina’s grandmother — a few modifications to the recipe and the Shanders have created the perfect crispy potato bite.

Traditionally, latkes are mixed with grated potatoes and onions, matzo meal and eggs then fried to a golden brown color and topped with a heaping serving of sour cream or applesauce.  At Latke Love, these delicious potato pancakes are served with a twist.

If you’re a fan of smoked salmon bagels, then The Manhattan ($12) is right up your alley. Substitute the bagel for a crispy latke and top it with wild Alaskan smoked sockeye salmon, dill cream, salty capers and shaved red onion.

As Latke Love is a Colorado only restaurant, it would be wrong if there wasn’t some green chile on the menu. The Oy Vey Calienté ($10-$10.50) comes in both vegetarian and pork with that same crispy latke topped with spicy hatch green chile, sharp cheddar cheese, and an over-easy egg.

Now the Rabbi, I’m Confused Latke and Baleboosteh latke are where the toppings get a bit non-traditional. The Rabbi, I’m Confused ($10.50) has four crispy latkes topped with slow-smoked pulled pork, pickled red onion and Carolina barbecue sauce. This latke has that perfect sweet southern barbecue bite that surprisingly pairs well with the fried potato pancakes.

The Baleboosteh ($12) has four crispy latkes topped with slow-braised beef brisket, roasted carrots and smothered in a Guinness gravy. This dish screams homestyle with the tender brisket and hearty gravy soaking up those latkes.

The Jewban ($10.50) is a play on the Cuban sandwich — it’s built on latkes rather than Cuban bread and stuffed with slow-smoked pork, shaved ham, swiss cheese, pickles and the classic Dijon mustard.

While there are plenty of deli’s in and around Denver that sell latkes, this is the only restaurant that specializes in the tender love and care of these crunchy bites. At other spots, you will likely find the latkes to be flat like a pancake. At Latke Love, they serve potato pancakes about two and a half inches thick. 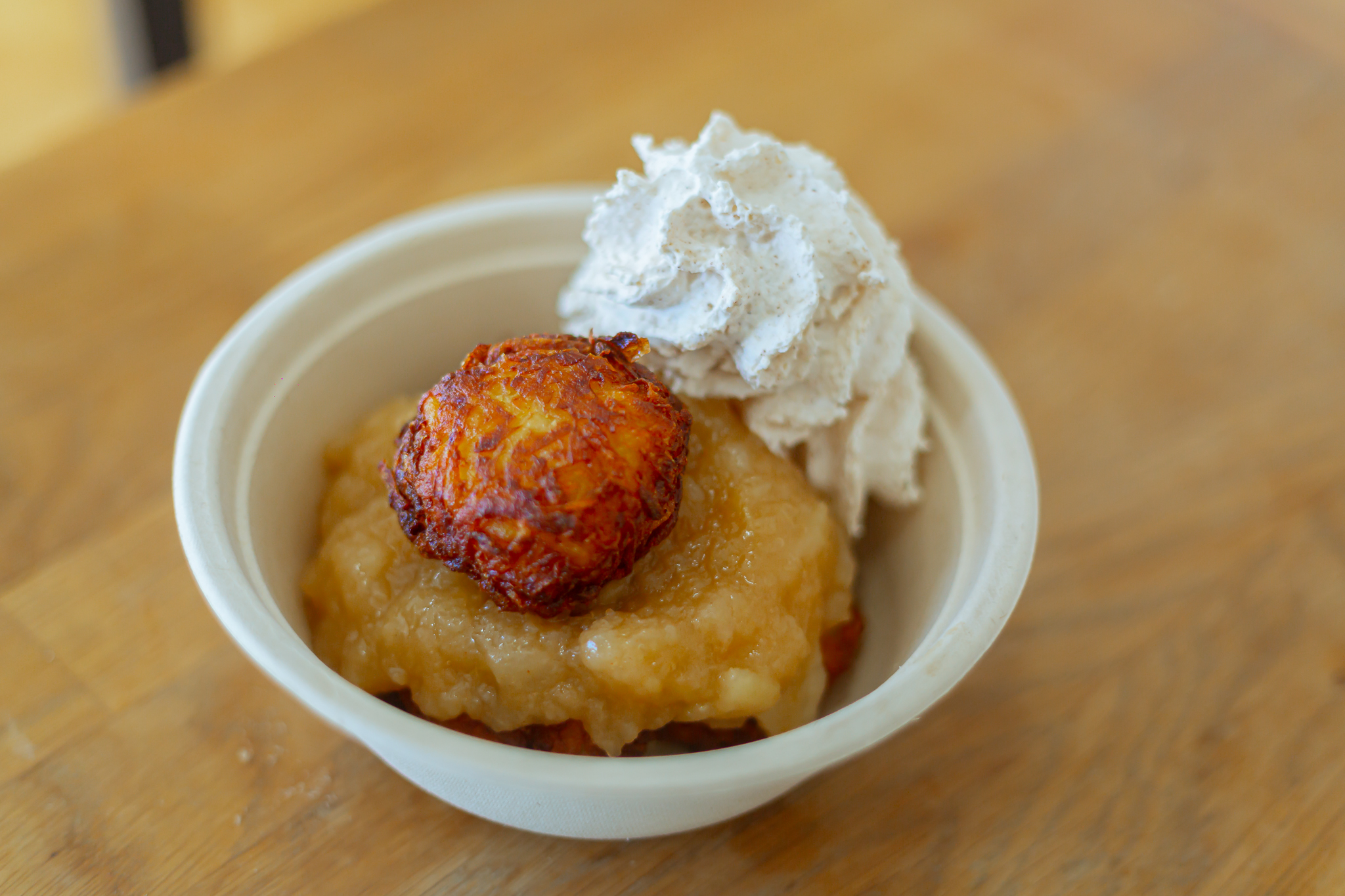 While the menu is pretty concrete, some seasonal additions pop up now and again. In the past, the Shanders have served a Swedish meatball latke, duck confit latke and a poutine latke. The crispy potato pancake is a universal vessel perfect for a plethora of toppings and the team at Latke Love definitely take advantage of that.

The Mandelbaum ($9.50) has three crepes rolled and filled with cookies and cream mascarpone and chopped chocolate sandwich cookies all topped with chocolate sauce and whipped cream. 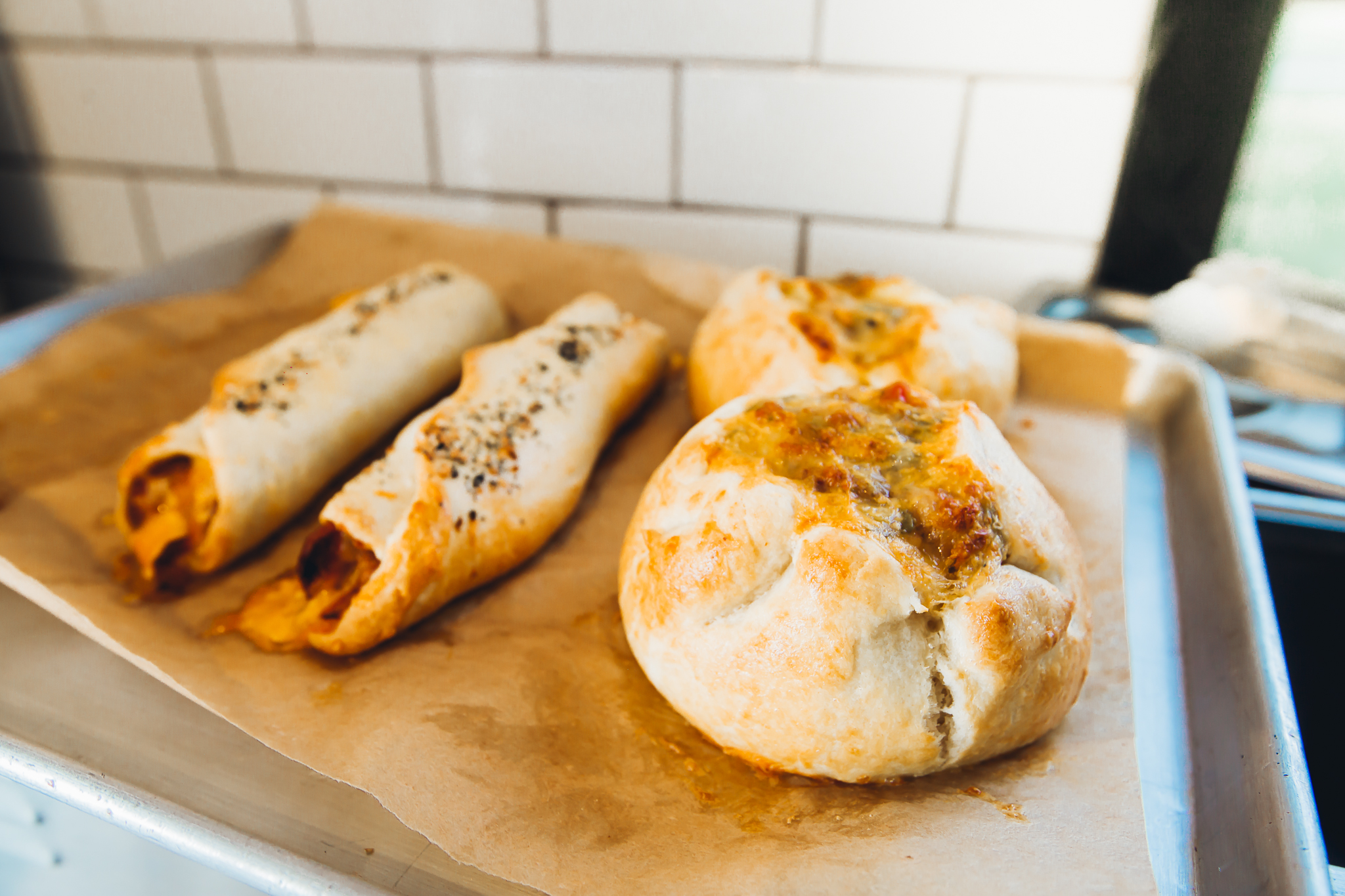 The love put into these traditionally Jewish treats hasn’t gone unnoticed. Recently the team at Latke Love filmed for a major Food Network show. While the episode is still in production, the owners aren’t at liberty to talk about the experience but encourage their visitors to tune in once the episode airs.

If you’ve never tried a latke, this is place to start. If you’re a huge latke lover just like the Shanders, then Latke Love in Littleton should be at the top of your list.