Review – Emo Nite Was A Night For Lovers

For many of us, our favorite songs are tied to both the best and the worst parts of our lives. There are songs that remind us of the first time we fell in love and consequently of our first heartbreak. No matter the occasion or situation, there always seems to be a song that’s perfect for wiping away the tears or lyrics that celebrate the highs. For a sizeable number of Millenials, the songs that resonate the most are classified as emo. No matter how many times we were told that the eyeliner, cartoon monster band merch and the music itself was just a phase, those songs still resonate – and no one knows that better than the DJs of Emo Nite. 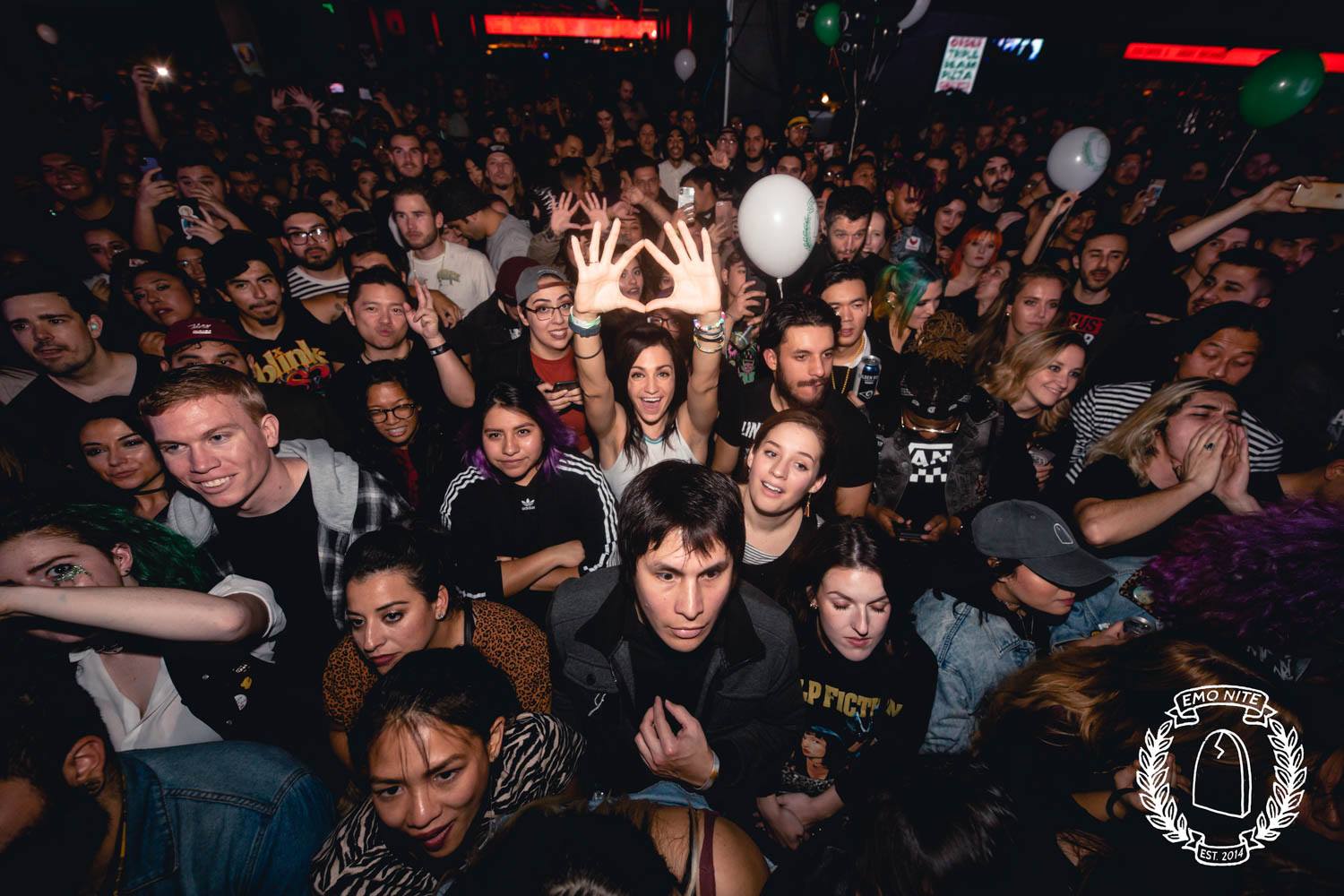 Since it was founded in 2014, Emo Nite has been hosting some of the most kick-ass emo parties the country has ever seen. As the year comes to an end, Emo Nite is hosting events all across the country in celebration of the Emo Nite’s fifth birthday. That celebratory tour brought the event to Denver on Friday night, for an evening full of joy and laughter — and plenty of sad emo songs.

The concept behind Emo Nite is incredibly simple. The evening consists of Emo Nite DJs playing hits from the early to mid-2000s when the genre was at its peak. While the DJs may fall victim to the negative stereotypes that many electronic artists try to avoid — namely that they’re just pressing play on a track and encouraging the crowd to dance — for the DJs of Emo Nite, the evening is about so much more than simply impressing audiences with a unique beat.

For fans of the event, it’s not just about the music, but also the community surrounding the music that keeps bringing them back time and time again. Emo enthusiasts know the value of music that can carry you when you feel like you just can’t get through the day. The emotional tie to that kind of music is strong. Strong enough to keep us invested no matter how long it’s been since it got us through our worst days. It also helps to form an instant bond when you find others who love the same music that you do.

The magic of Emo Nite lies in this connection that fans have with the music. It’s a community of emos who all love the same things and find a home when they’re moshing with other like-minded music lovers. 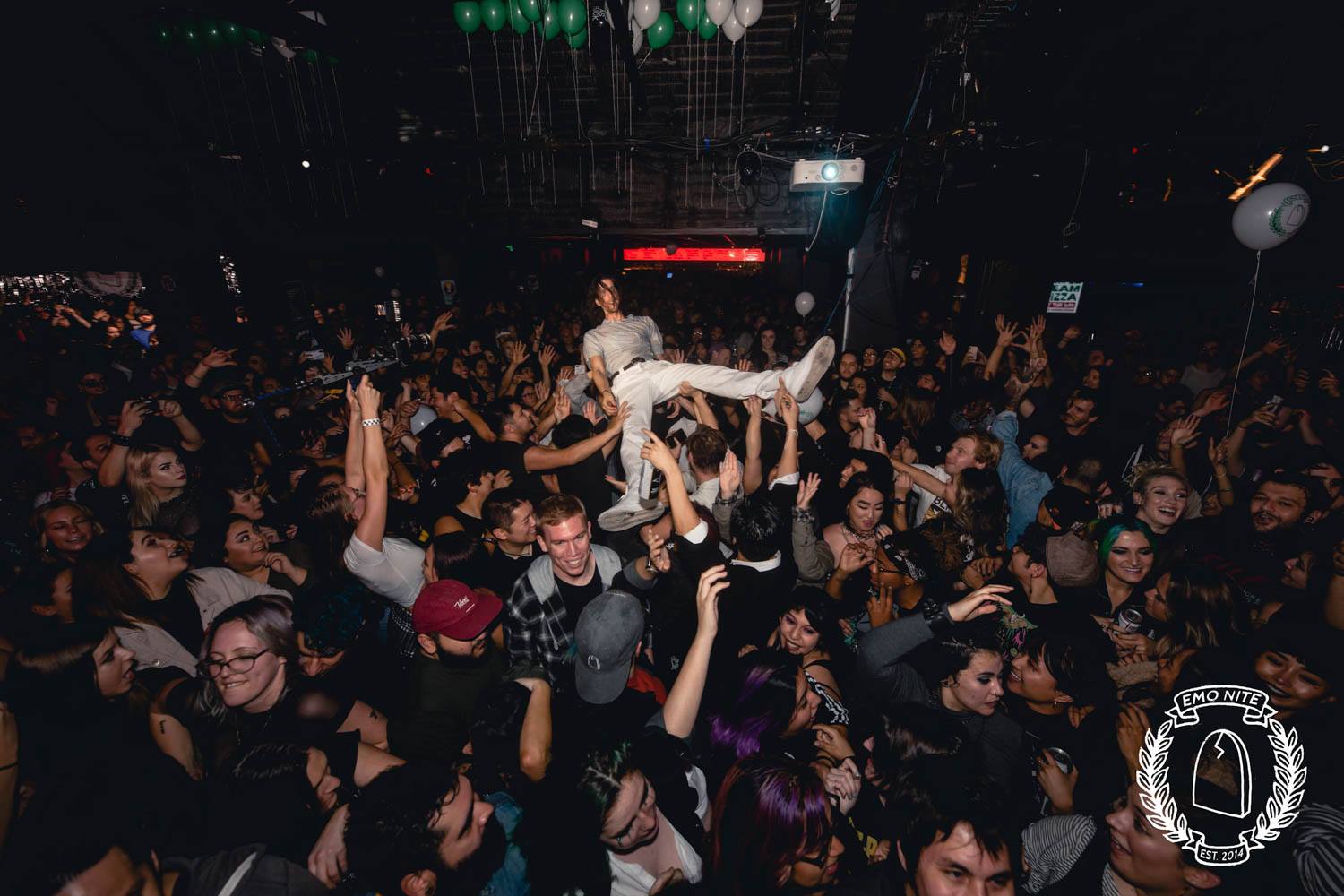 Whether the DJs play “Mr. Brightside” or “Welcome To The Black Parade,” the crowd can always be counted on to sing along as loud as they possibly can. With attendees crowded onto the stage, singing down to the fans in the audience, the evening feels as comfortable as singing along to your favorite songs with your best friends on a road trip.

For many attendees, that community means more than any outsider could ever understand. In fact, on Friday night at the Summit, one attendee felt so connected to the audience that he felt like sharing one of the most exciting days of his life with the community. Calling his girlfriend on stage and dropping to one knee, the couple decided they were ready to tie the knot — and the fans at Emo Nite could not have been more thrilled. Hugging the couple as they danced on stage, the event became a family affair of the best kind — the kind you spend with the family you’ve chosen for yourself rather than the one you were born into. 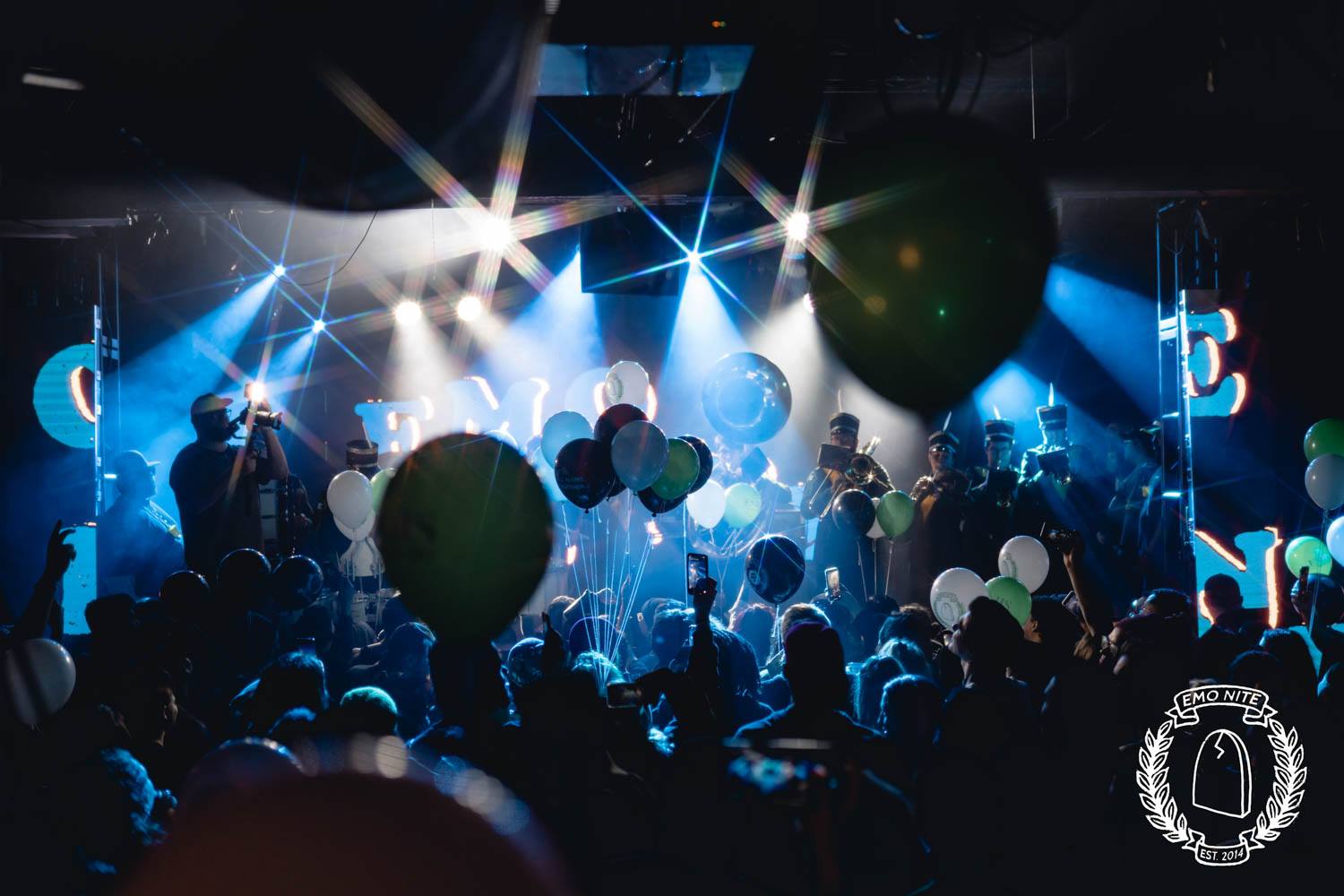 For the uninitiated, it would be easy to point to Emo Nite as simply a few DJs playing crowdpleasers on their Macbook. However, what Emo Nite does is hold a space for the emos who find solace in the music of bands like Fall Out Boy and AFI. So, the critics can say what they will — die-hard fans of the event have always been misunderstood and won’t care what the naysayers have to say anyway. So, for all of the music-lovers who haven’t outgrown their emo phase, you’ll always have Emo Nite — and once you’ve been to one event, you’ll find comfort in the knowledge that every night is Emo Nite.