Last night, 200 lucky people gathered in a new royal blue warehouse in RiNo to catch a glimpse of Maggie Rogers. With two bars and an interesting mix of people who’d won the lottery of sorts, the room was buzzing in anticipation of the singer/songwriter.  Phonetopia, the immersive advertisement/experience brought to Denver by Visible served as the forum for the relatively secret performance. The premise was to recreate the ingrained music experience of our phones in real life.

READ: An Entire Warehouse in Rino Has Been Transformed Into an Interactive Pop-Up by Visible 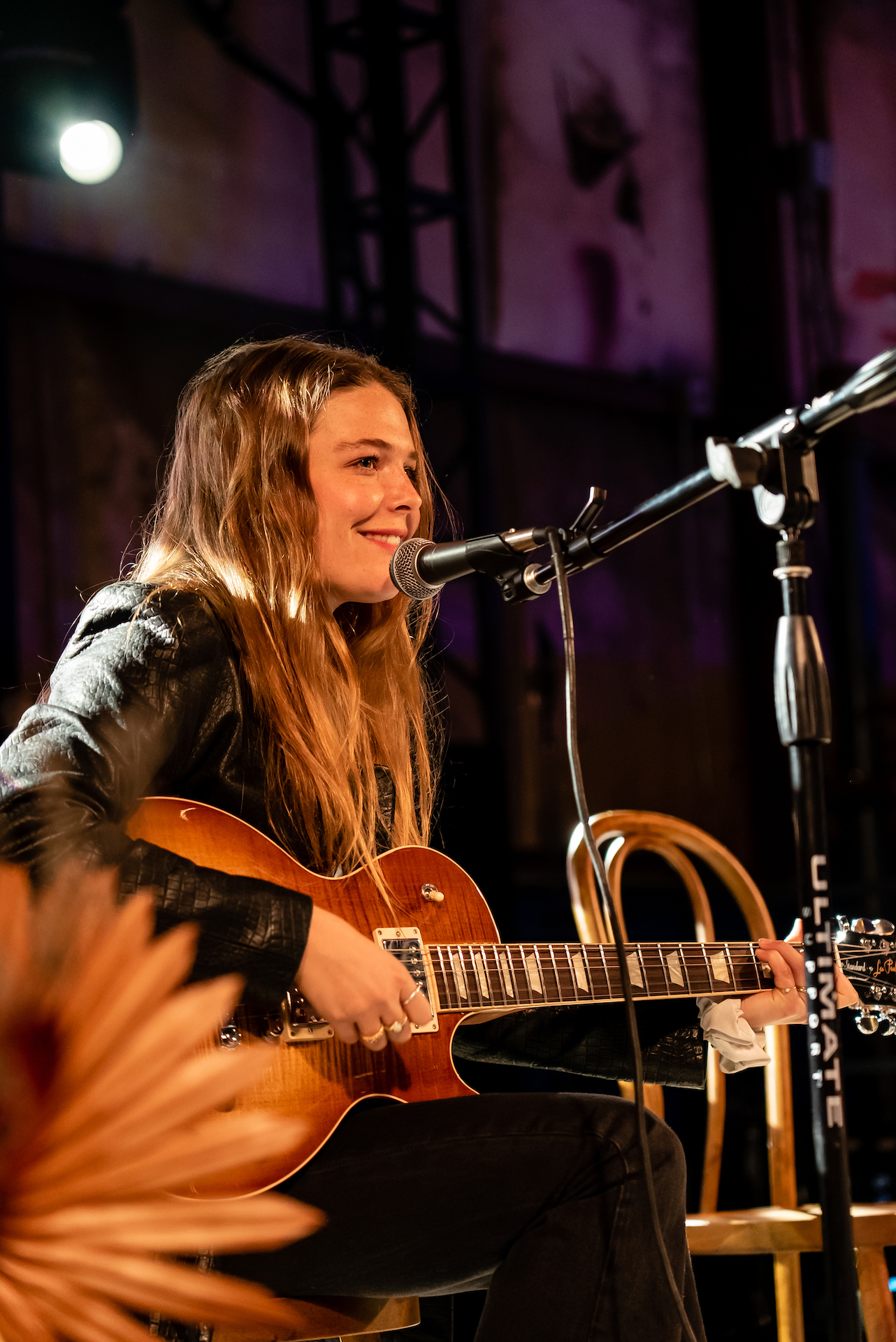 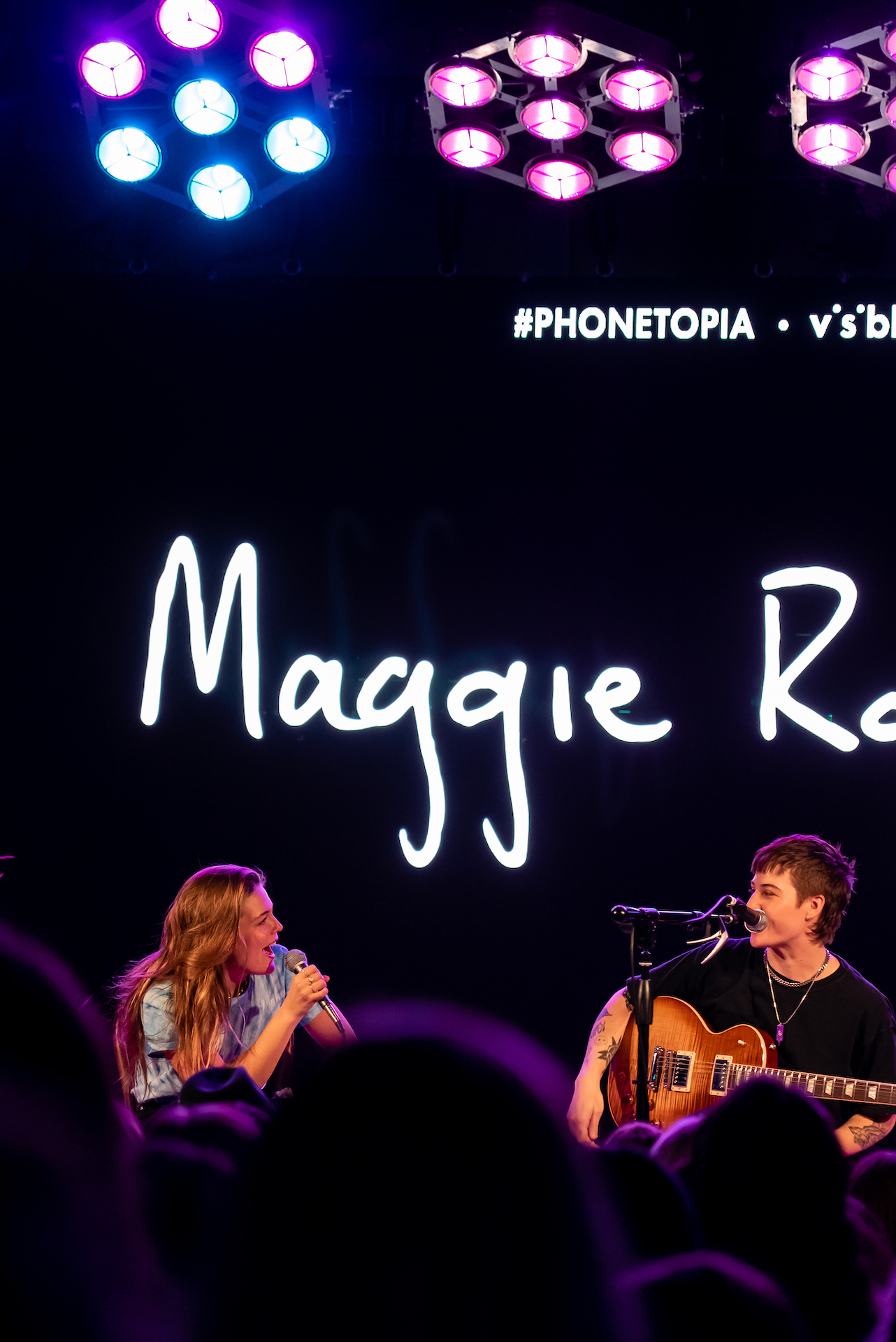 A stage with full lighting and sound production greeted visitors — fall plants dotted the stage and custom neon art pieces hung on the back wall. When 8:30 p.m. struck, Maggie Rogers strode out to receive the intimate crowd with an electric guitar in hand and “Alaska” on her lips. Her raspy vocals soared through the space as she likened the small crowd of eager fans and the atmosphere to an album release party. The abbreviated set featured songs she’d outfitted acoustically for the occasion, some for the very first time. She playfully forgot the second verse of “Burning” in its new form,  letting the crowd fill in the gaps with no shortage of enthusiasm. “Overnight” became a cathartic sing-a-long and Rogers even covered a bit of Soulja Boy’s apt 2008-hit “Kiss Me Thru The Phone” complete with the phone number down digit for digit.

Eventually closing down the performance with “Light On,” and watching the many fans dance and recite the lyrics as the guitar notes perforated any remaining reservations, it was more than evident that it was a pleasure for Rogers as much as it was the crowd. The personal performance struck home on all accords, giving Denver something meaningful in the process — a rare and precious connection that was lost on no one.

Phonetopia’s performances continue with sold-out shows from HAIM and French Montana with Tierra Wack. If you missed out on those, get your refresh buttons ready as GRiZ and an unnamed headliner still have RSVP dates coming up. Go here for more info. Phonetopia is located at 2750 Blake Street, Denver.

All photos by Mike Margiotta for Visible Mobile.