Review – Lana Del Rey Was The Man In Denver

Lana Del Rey has often existed in a state of longing, using her soprano voice to carve out a vision of vintage American cinema, a nihilistic noir daydream of grandeur and distress. Her songs too flirted with the idolization of older men, their wealth, their gaze and at times, even their violence. Through and through, however, Lana Del Rey wasn’t whispering sweet nothings of a woman’s servitude, rather, she’s long told a story of a woman coming into her own and finding her footing in the world not made for her. Long gone are the American flags that’d fly behind her back — retired alongside other ideologies of a perfect world, she’s still a hopeless romantic but the love she seeks sees her for who she is, and she looks back unflinchingly. So, when she breathes, “Don’t look too far, right where you are, that’s where I am — I’m your man” on the powerful “Mariners Apartment Complex” — you feel her strength and then some.

Her newest album, Norman Fucking Rockwell, which many critics have heralded as her best work to date, includes the aforementioned song amongst others that are apart of this next chapter of Lana Del Rey who arrived at Denver’s Bellco Theatre on Monday night. Not only was the “Video Games” singer more confident and brash, but she’s also never sounded more herself — a woman who knows she’s The Man. 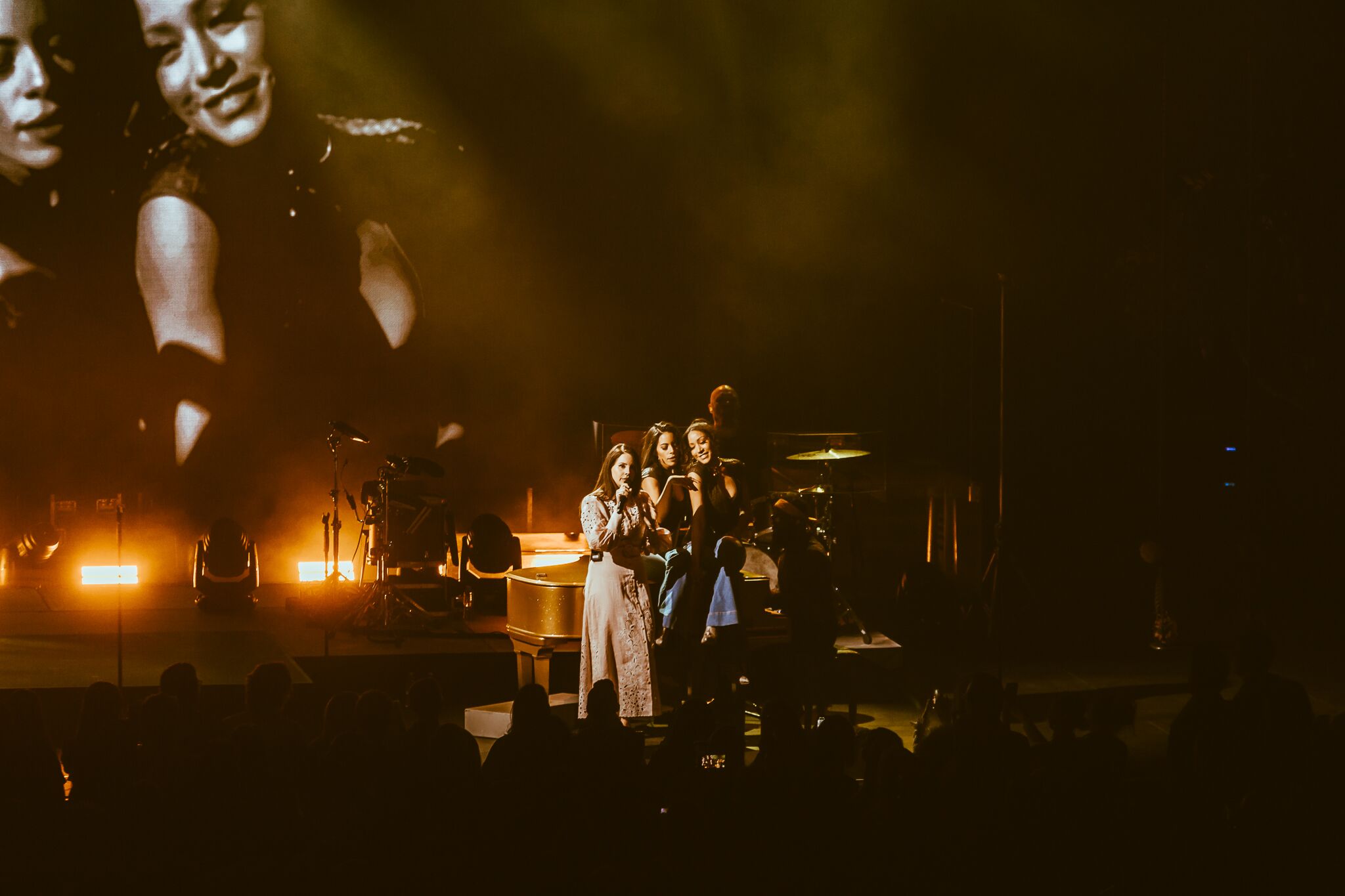 Denver’s Bellco Theatre was a far more intimate affair than Lana’s last jaunt in Denver at the massive Pepsi Center. In honor of the special occasion, Lana Del Rey came equipped with a few tricks up her sleeve. Suprise opener, Ben Gibbard of Death Cab for Cutie and Postal Service fame quelled the crowd as they entered the venue. Whether the audience knew him by name or not, ears immediately perked up upon hearing the singer’s inescapable voice. With nothing more than an acoustic guitar in hand, Gibbard served up, an albeit brief, but career-spanning set. Fans got a taste of Postal Service in an especially tender rendition of “Such Great Heights,” “Me and Magdalena,” the song he penned with The Monkees and a handful of Death Cab for Cutie numbers like “Cath…” and “Crooked Teeth.” Magnanimously, Gibbard couldn’t care less whether he had fans in the crowd or if people were keen to listen, he was going to play either way. When they did, to his surprise, however, and cheered throughout his set, it made it that much more special of an experience. 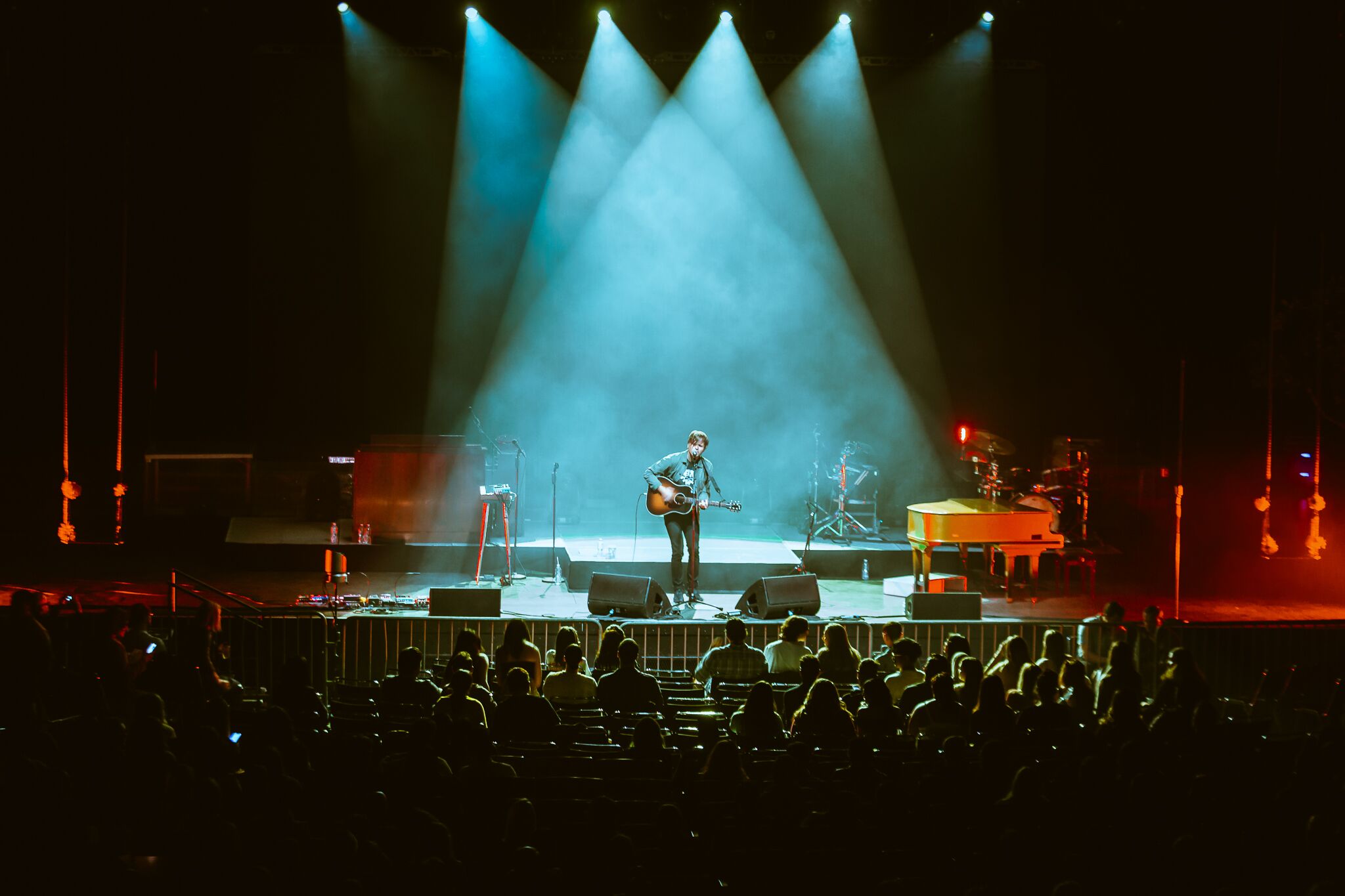 When the time approached for Lana to hit the stage, a brief montage lit up the screen at the back of the stage — Lana’s fingers typing the infamous intro of “Norman fucking Rockwell”  the song — “Godamn, man child, you fucked me so good that I almost said, ‘I love you’…” as cheers erupted throughout. Strings and the delicate piano of the song crept out of the recording onto the stage, first backing the entrance of Lana’s dancers, and then Lana herself donning a white gown. Wisping the words off of the page, Lana sounded flawless — just her voice and the piano putting a pause on the entirety of the crowded room. The first half, in general, proceeded in such fashion with cuts off the new record like “Bartender” and a breathtaking cover of Joni Mitchell’s “For Free” taking center stage, with Lana adorned by the piano and little else. Later, Lana invited up-and-coming singer-songwriter Julia Jacklin, another surprise guest, to duet with her on Jacklin’s song, “Don’t Know How To Keep Loving You” — a showstopping moment before the show had really even begun. 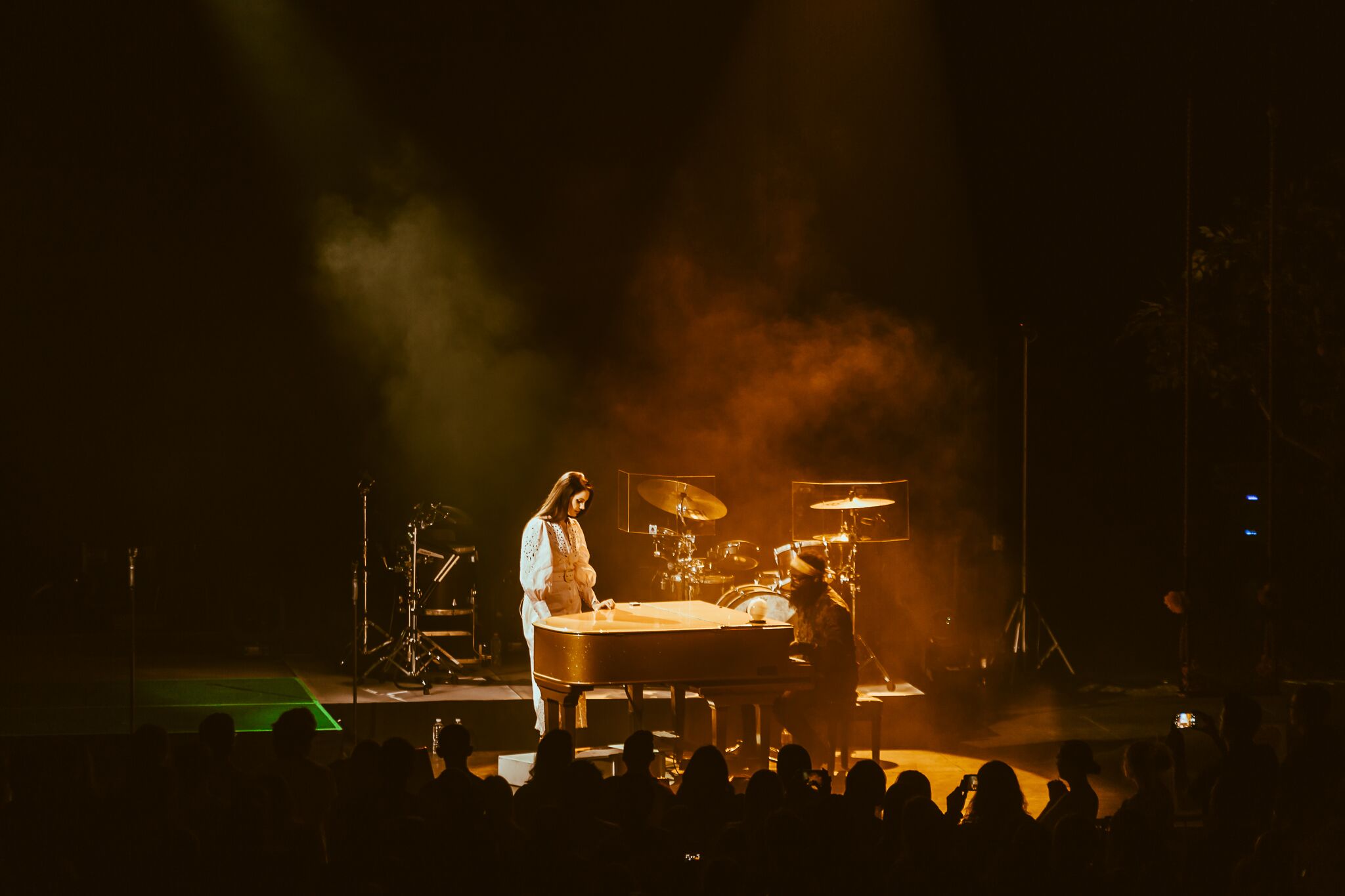 Oddly enough, it was the simplest songs in the first half of the performance, with the least amount of production that truly showcased Lana Del Rey at her best — austere, vulnerable but exalting her power at that moment. The usual suspects also had their day in the sun, “Born to Die” felt like a rebirth to the tune of Lana’s soaring voice, glitter rained down on an incredibly moving “Change,” and “Video Games” brought the nostalgia of Lana’s entire journey into full focus of a no-holds-barred sing along. Her final surprise, a duet with Gibbard on “I Will Follow You Into The Dark,” halfway through, in which Lana took the reins from Gibbard on his own song was jaw-dropping. The audacity of it all, cordial but stunning nonetheless, swallowed the theater in cheers.

After a victory lap of some of her most popular hits, Lana ended the show with “Venice Bitch” despite fans desperately calling out for her to play a couple of other choices, but Lana stuck to her guns singing, “fresh out of fucks, forever,” with no shortage of glint in her eyes. Such a sentiment echos a new mantra for Lana Del Rey at this point in her story. Defined by so many different men to be so many different things Lana Del Rey’s Denver show was her sticking it to The Man by being the fucking Man. 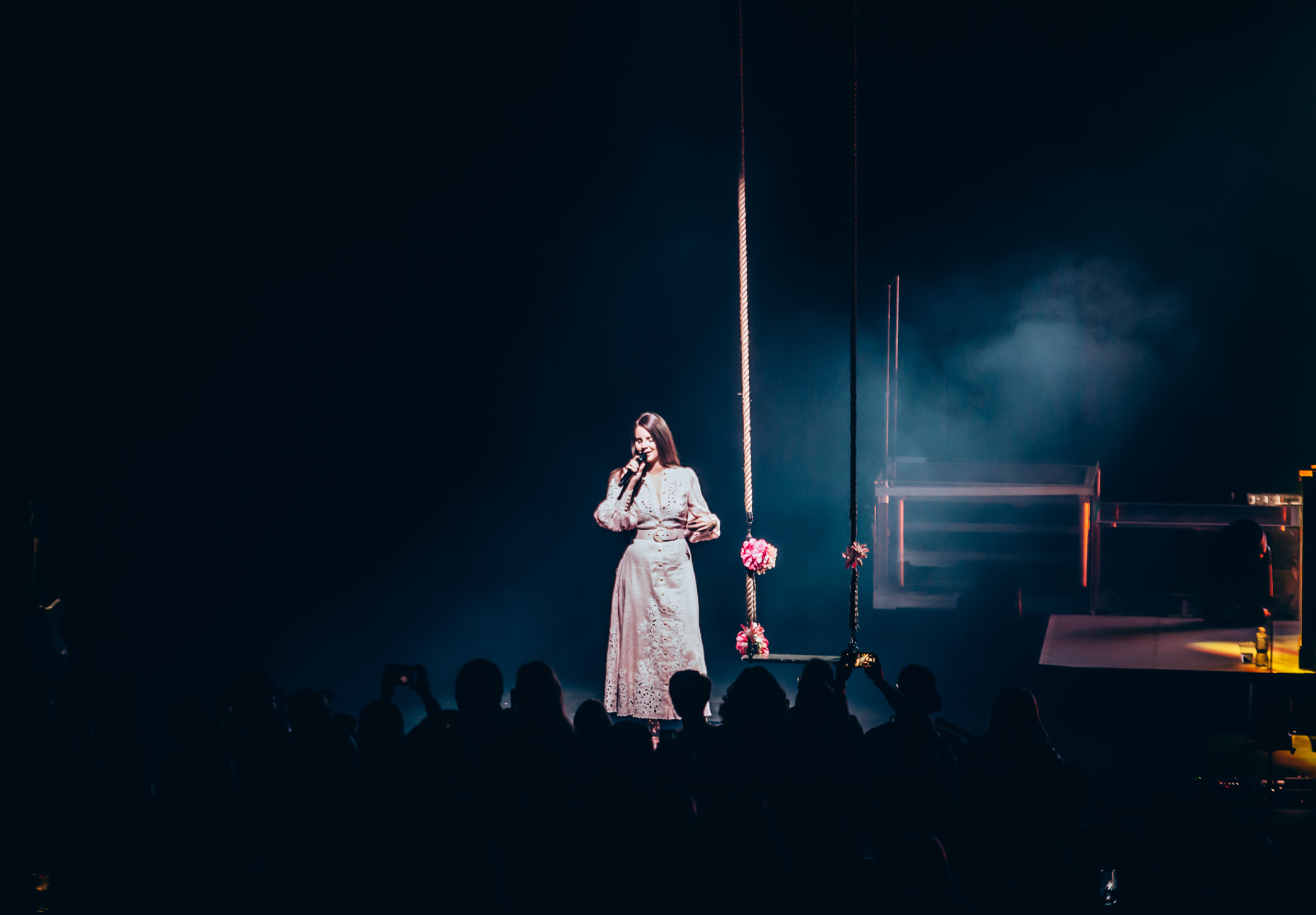