Flower crowns abounded for Lana Del Rey at the Pepsi Center Sunday night. The audience personified the popular chanteuse’s demure, entering the arena with contained excitement. If for nothing else, the lengths at which her fans went to glorify their idol was nothing short of inspiring. However, this very same inspiration seemed to be a waning fixture of the night, that Lana herself struggled to maintain.

Upon entering the arena, it was more than apparent that the performance was undersold. The entire upper level of the arena was blocked off and patrons with seats in those sections were relocated to the ample amount of room on the lower levels. On the floor, people were spread thin, but despite it all, the crowd cheered with the strength of an audience twice their size when Lana hit the stage. Arriving to a set decorated to resemble a vintage backyard straight out of Home & Garden, Lana was a vision of middle-class luxury few can afford these days. But hell, we expected nothing less. 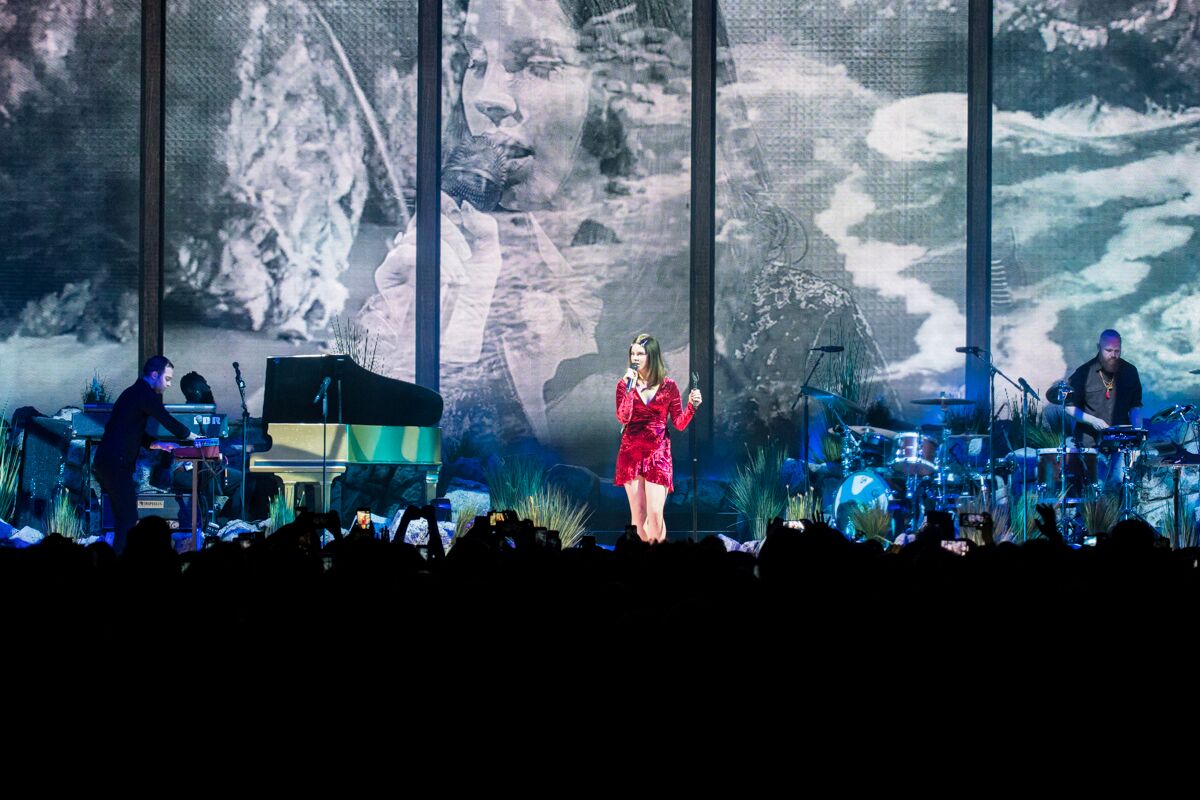 When the excitement settled and somber notes of “13 Beaches” rang out, an air of melancholy fell over the room. Sedated by nothing more than Lana’s voice, the audience was whisked into the heavy melodrama. While her voice isn’t as powerful as her contemporaries, its beauty cannot be overstated. Songs like “Love” and “Music to Watch Boys To” showed the singer in peak form, effortlessly drifting across string sections and rolling drums with the audience in support. Dancers flanked Lana’s sides making for whimsical ’60s nostalgia. In fact, it was just as easy to bask in the devastation of Lana’s sobering lyrics as it was to belt them at the top of one’s lungs. At times, the nihilism of it all felt cathartic, perhaps even careless, but as a whole, it was nothing short of pleasant. 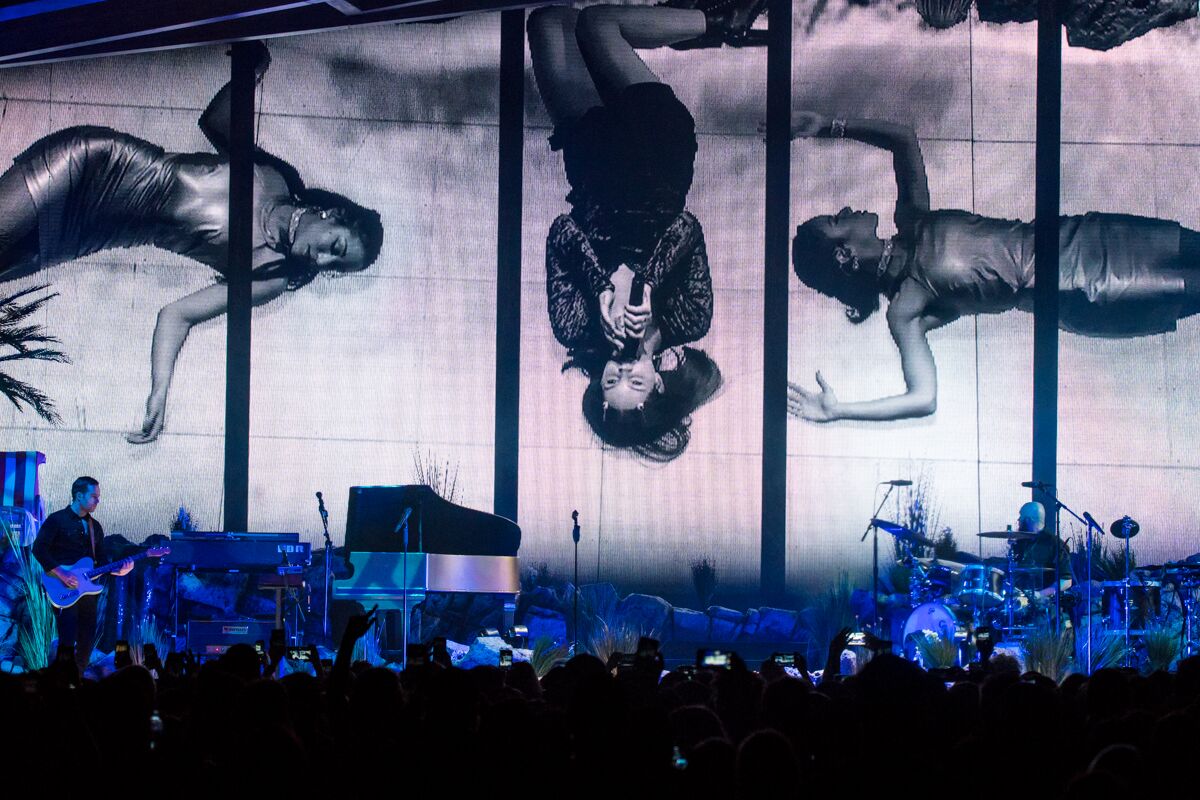 However, the night wasn’t without charge. During “White Mustang,” Lana ad-libbed a petty insult to her former beau G-Eazy, exclaiming “it wasn’t even good,” after singing the verse, “couldn’t stop the way I was feeling the day your record dropped.” During, “When the World Was At War…,” Lana laid out her thoughts on Donald Trump. Even her very recent copyright lawsuit with Radiohead came to the forefront, with Lana saying the song in question, her ‘personal manifesto,’ “Get Free,” could potentially be removed from her newest album Lust for Life.

As far as the performance was concerned, Lana sounded as good as ever, but safe — wherein lies the problem. Walking away from it, it was hard not to want more. With the most memorable parts of the show being when Lana went off the script, it was easy to see where the original emptiness of the venue came from. Rather than injecting much inspiration into the set, the show dialed into Lana’s niche aesthetic and doubled down on it for the umpteenth time. While there’s nothing wrong with the sentiment itself, it felt stale and ironic considering the album the tour was promoting was called Lust for Life. It never gave much of a “life” to lust after, it kind of just went by.

All photography by Meg O’ Neill.